Check out the crested duck from none-crested parents?

I have been meaning to post about this little girl for a while now.
you can see her right of the runner in the first photo and in the very back in the second. 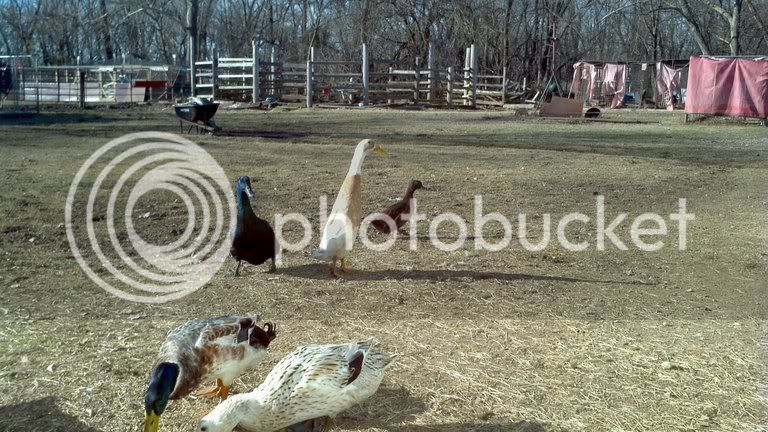 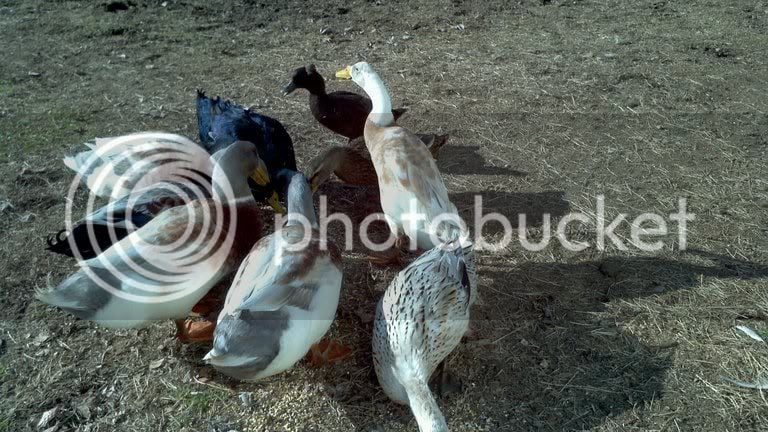 Her parents could only have been a Khaki drake with unknown parents (which is where a crest gene could come in?)
and the two possible hens are a standard bred rouen with standard bred parents and a runner mallard cross (her runner mother was uncrested but i haven't ruled out her carrying the gene)

So what are the odds that out of these combos i would get a crested duck? lol

I got a crested Rouen that was the only crested out of nine ducklings, weird things can happen.
S

The Crested gene can hide and then BAM! It pops up out of nowhere!

A friend of mine who breeds white runners asked to " borrow" some of my coloured babies to grow out. I gave her 2...fast forward a few months and the ducks are growing and changing colours and she tells me her husband really loves the males and that they should stay at her place. We were concerned about the darker male mating with her white show quality ducks and messing up the genetics- but they have been housed in a separate area to avoid it. Fast forward a couple more months and the female has sat on ha nest and hatched out 4 babies. 1 by the looks is fathered by a white drake sharing the area with them, but the other 3 are from the pair itself. One of the ducklings is crested.

Now- from what I do know of my flock and where they have come from- and the eggs I had set at the time those two hatched- the appearance of crests has skipped two generations. While I do have a crested drake- he was not the father of the ducklings given to my friend, the mother was a duckling hatched from eggs from the farm where my crested drake came from- meaning it had to be her that passed on the crested gene since it is not carried by any of my Harlequin or Cinnamon drakes.

Dont forget- that crests originated as a naturally occurring mutation that was then bred for as a desired trait. I dont know the exact statistics- but even if it happened in one in 1,000,000 hatches - it could just be that your girl is that special one that is naturally occurring rather than having the genetics passed on from parents..grandparents.

5
Crested duck being picked on