Hello all. My name is Jules. I am a proud single mom to four boys & now (9) 8mo old Holland pullets. FINALLY, girls out number & rule the roost here! My girls originated from Sand Hill Preservation Center out of Iowa. They were raised at Trails End Farm, a gorgeous farm focused on the preservation of critically endangered livestock. They are located about 4 1/2 hours south of me at the Kentucky-Tennessee boarder. After months of stalking this site, building from scratch, doing a blind breed comparison, deciding on Hollands as my “unicorn” breed, & then opening my search to over 400 miles I found them through The Livestock Conservancy.

Due to my sons’ & my high risk health, all four are home 24/7, and have been for the past 10 months. Two of my sons are Div 1 Football scholarship prospects, being over 6’6 weighing 275, wearing size 18 w shoes and only being 15. Their older brother is the short one at 6’2. With them literally eating me out of house & home, I decided it was time to become more self sustaining. My favorite part of having my girls is geeking out on their diet & enrichment. I am attaching a fun picture of Mary. She is named in honor of the daring badass Stagecoach Mary. 45 mins into my journey home- with no cell service, maps or internet to be had, and never having touched a chicken in my life, the 5 girls being held in one of two antique wood carriers escaped!
Led to freedom by Minty (Harriet Tubman’s birth name), Mary insisted on perching on my headrest. Ignoring her while I was looking for a shoulder to pull over, she pulled my ponytail. I was such a scared little chicken shit! 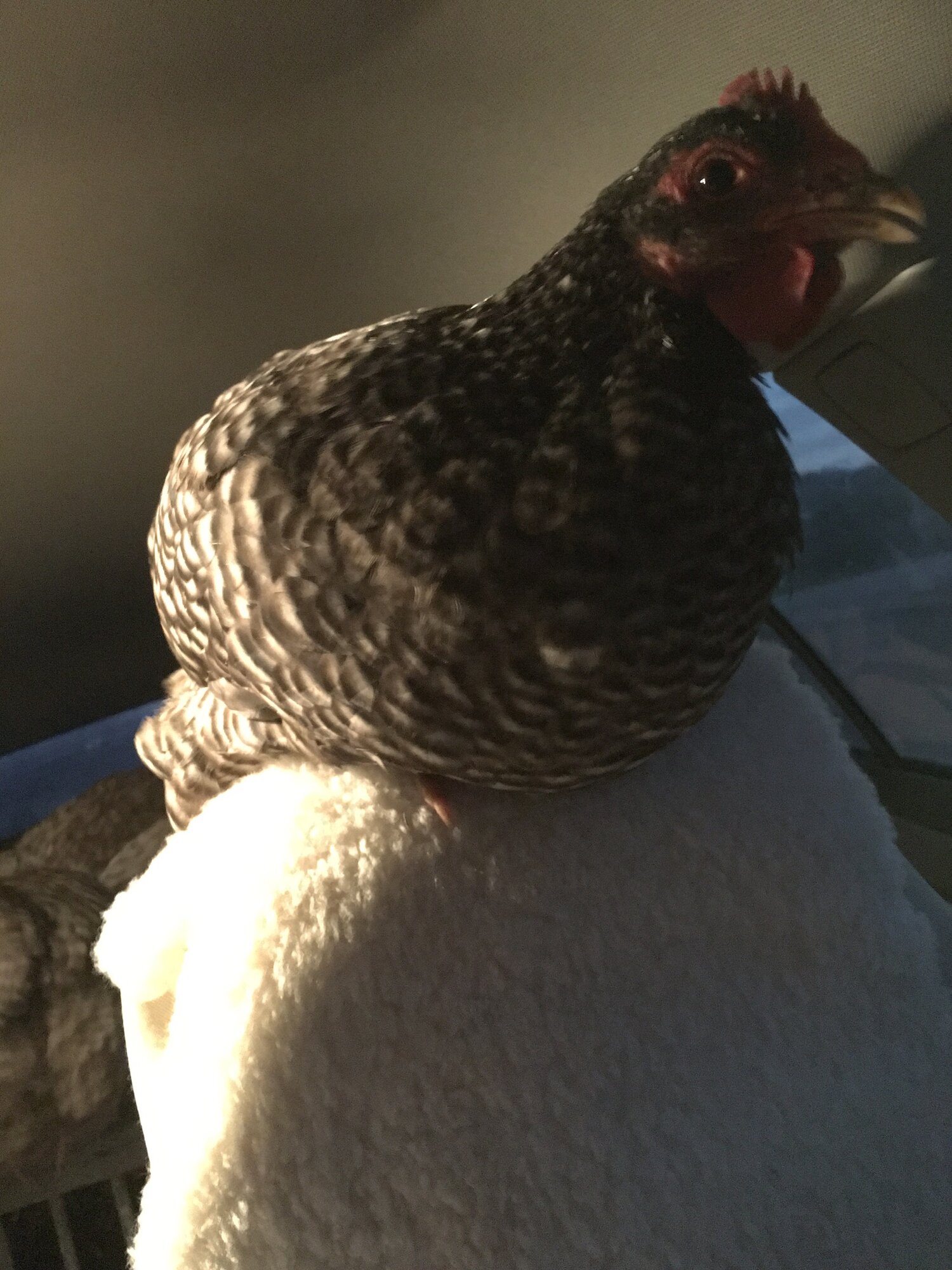 I attempted to swaddle them - but with no success I drove the next 4 hours in the dark with them behind a makeshift curtain. I fell in love while watching their fluffy butt shadows in my rear view mirror. Bird Burlesque

Hi Jules and welcome to BYC. Chat with other BYC members nearby using the links in my signature, below (turn your phone to landscape to see them).Make yourself at home and enjoy the forums.

Welcome! A long time ago I lived in Park Hills, KY, so I know your stomping grounds. Have a great time here. Your pic of Mary is adorable!

Allthefloofs said:
Welcome! A long time ago I lived in Park Hills, KY, so I know your stomping grounds. Have a great time here. Your pic of Mary is adorable!
Click to expand...

Funny- In my past life I had a Pilates studio on Dixie Highway, the people of Park Hills were good to me.

Welcome to BYC! So glad you decided to join us!

Hello Jules and welcome to BYC, You found an Awesome poultry Forum to be a part of with many great knowledgeable members who are more then willing to jump in and help you with any questions you may have.

I live in Henry County, KY. I love driving through Cincy
on 71 and appreciating the skyline of the city as I decend to the Ohio River.

Wow you have such tall children. You must have used quality weed fertilizer. I wish them much success with football.

Best wishes for you with your new flock.

your girl is too cute!

Hello from Nova Scotia and welcome to BYC! You’ve joined a great and resourceful community! Enjoy your journey!
They are endearing little creatures. When I went to get mine, the lady put them in the carrier and I was smitten by the time I got to the car and 100% in love by the time I got home 45 minutes later.

Hi and welcome to BYC! We're glad you joined us!