I am having the weirdest time with my chickens right now. :/ We brought home 3 - two week old Buckeye chicks about two months ago. One of the chicks seemed like she had cocci (what I suspected from her behaviour, or slipped tendon) when I brought her home, all she did was lay down with her side with her leg stretched out and wing out. I had a seperate post on that.The three chicks were raised inside until about a month ago and I have done what I can as far as nutridrench, probiotics, electrolytes and vitamins, (don't worry! Not all at the same time) trying to give them all a chance as I figured it would be too late to seperate them if she did have cocci symptoms.

Fast foward to now, they have been outside almost 3 weeks and this poor chick with the leg problems. Maybe its just a deformity she can live with, both of her legs look the same to me and they don't look different from her sister's. She limps around to be around her sisters but once shes there she just lays on her side, feet out... wings stretched. I have 7 other chickens and they are getting picked on by the 3 Minorcas. The healthy chicks can get away and stand up to the meanies but this poor girl... seems like she is learning where to hang out and do what she does. At this point I am trying to decide what to do with no avian vet nearby and limited funds.

Started thinking maybe it was a slipped tendon. I checked the best I could when I noticed her limping more when they were inside but did not feel anything out of place. But I have not had a chicken leg problem before but watched vids and read posts.

In the back of my mind I thought to put poor Blondie out of her misery but she has a lot of energy and did not really seem miserable. I know they are good at hiding it but she runs out in the morning to me with her sisters and her sisters protect her in the sweetest way. My main concern is as she gets older/ heavier her leg will grow weaker, prolonging the inevitable. The future is unknown, but I don't wanna take the chance away from her thinking she wouldn't have one if she could... I feel so sad for her! I can't really tell if she is in pain but she definitely makes a lot more noise than her two sisters, shes smaller, and a lot lighter in color. She's just been different. Hubs named her straight out of the box. I told him to stop doing that but we always stand by the underdog. Lol. Does anyone have advice like could a chicken live a good life with a limp and behaviour like this? Or am I just being naive and she is in pain? Any advice/support/ ideas very appreciated. Thanks.

Can you post a few pics of her.
How she sits/stands.

Yes thanks I have a short vid I can post a youtube link to. It is uplaoding right now. We usually find her resting like this. She is usually laying down when she eats next to the feeder. 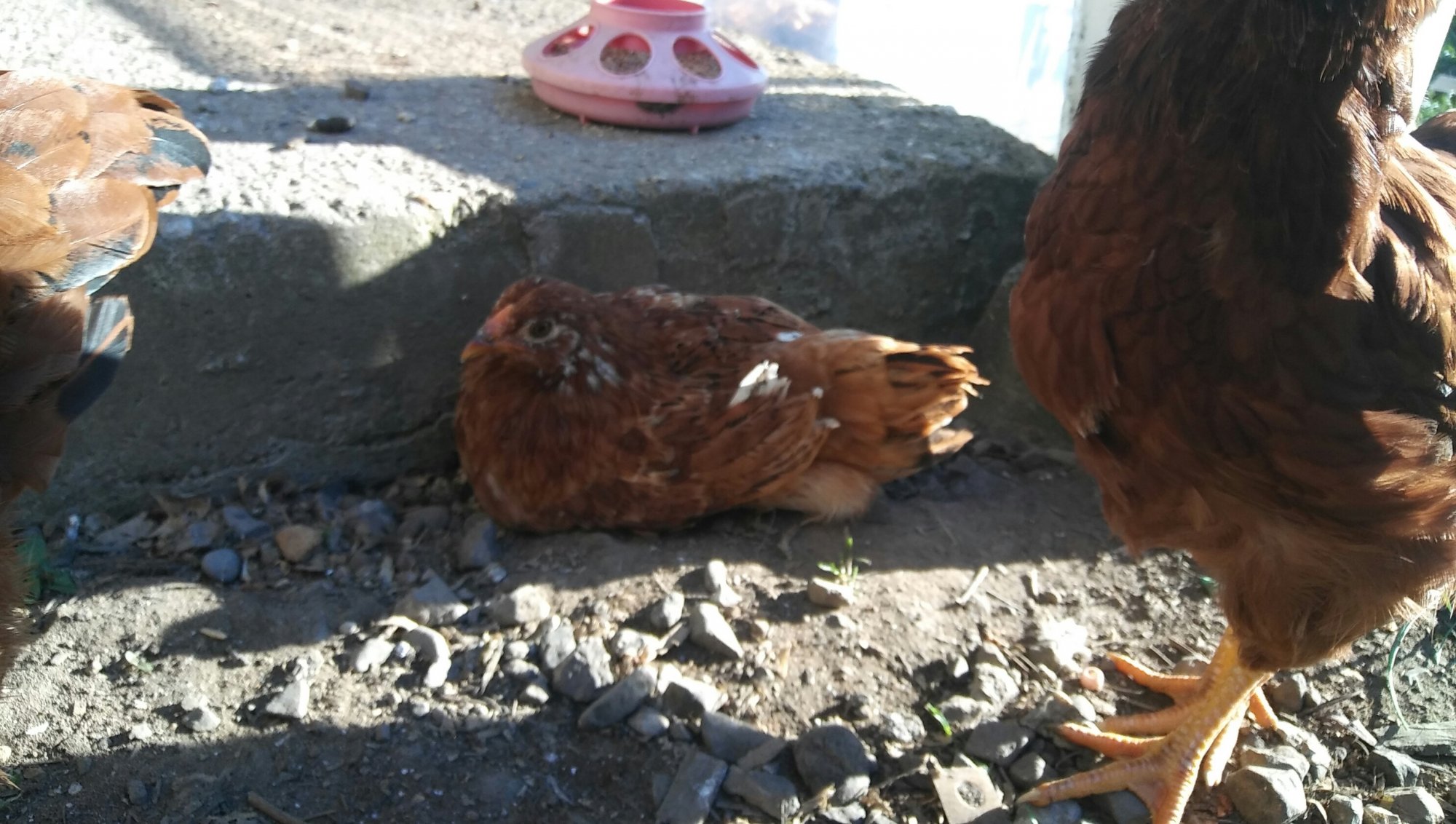 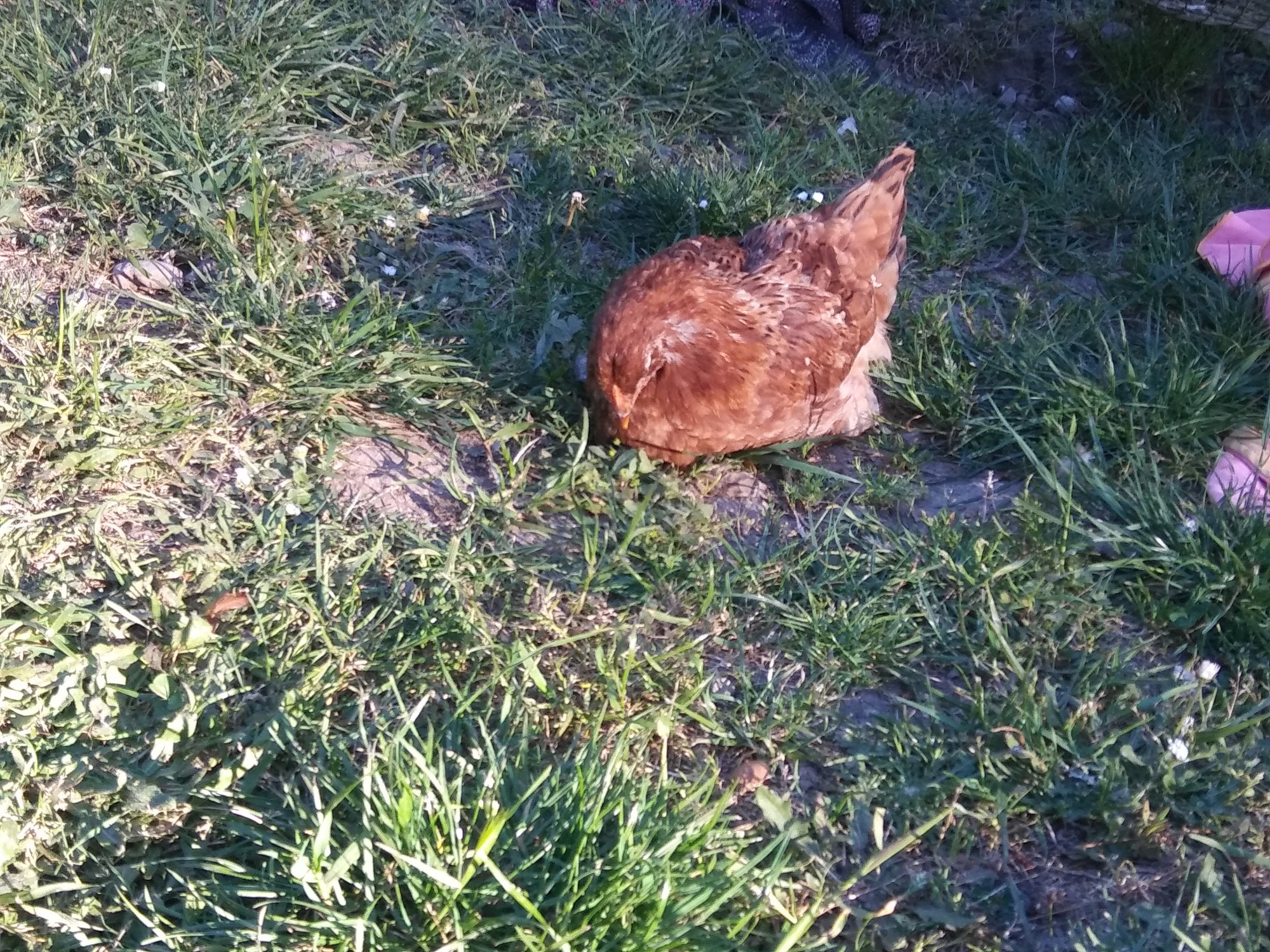 If she is getting picked on I would separate her.
That can be very stressful and stress in a bad thing for chickens..can lead to more problems.
If her leg is "messed up" you may want to thing about making her a sling too.
https://www.backyardchickens.com/threads/my-chicken-sling-pic.713499/
A sling may help the leg heal if messed up.

Here is one video. Sorry about the background noise. Neighbors using chainsaws!

she's cute.
Are her feet swollen..have you looked at the bottom of her feet?

In the second video you can tell its her leg bothering her..
I'm not sure what it could be though...

??
Maybe someone else can chime in.

Thank you so much we agree she is so cute! Sweet little girl too. I have checked the bottom of her feet for bumble foot or other signs but she has been this way since we brought her home. (Feed store brooder, I did notice some chicks looked a little trampled on)

I will try to have my partner hold her so her legs hang down. They look the same to me.

I would not put her down.

P
5 week old- is this a slipped tendon?

Hurt But Not Hurt Leg?