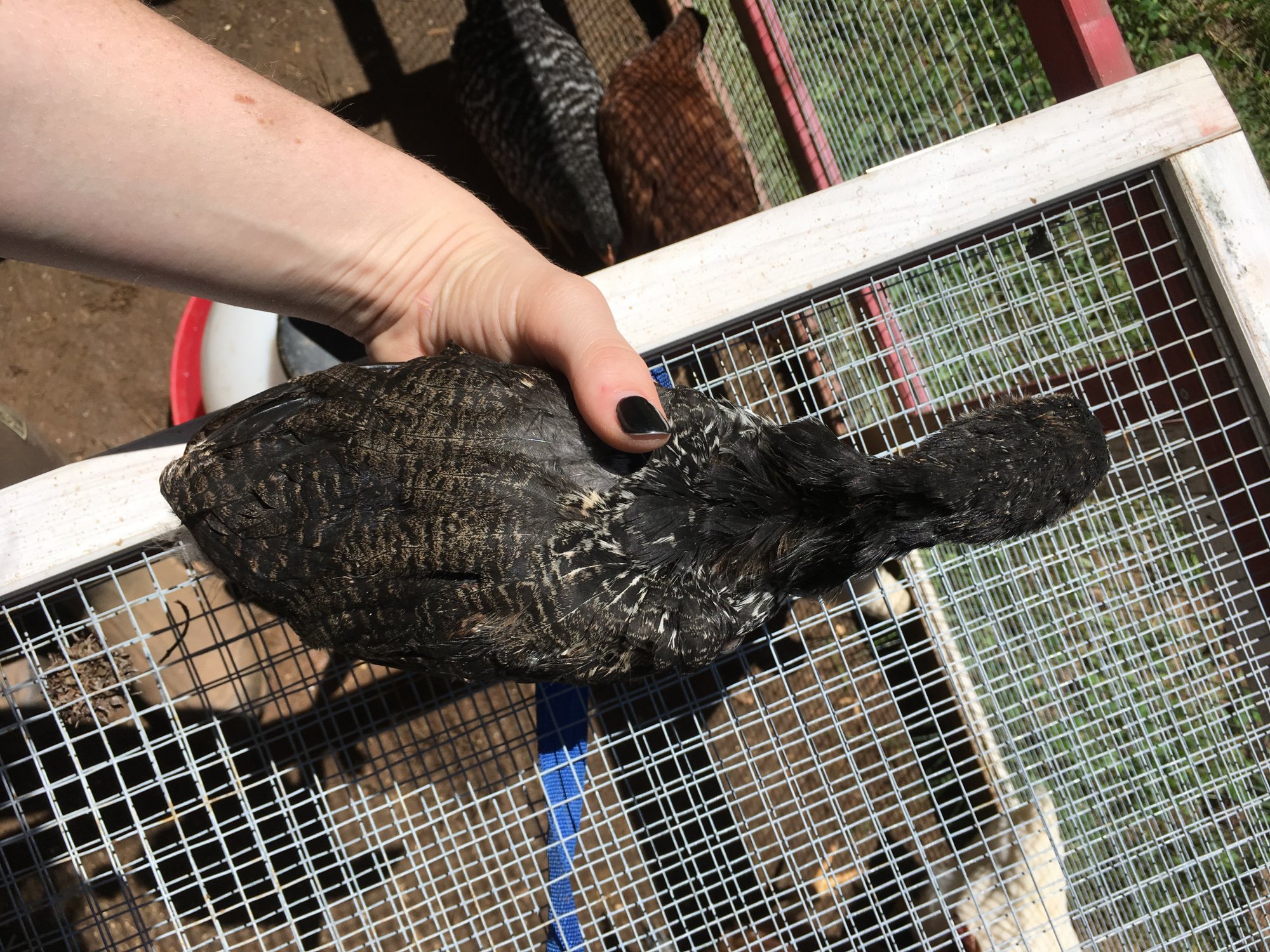 Calling all chicken breed experts! I have a chicken that's about 3 months old now with no tail, and greenish legs. It's a bit smaller then the rest and looks completely different. Any ideas on what it may be? Thanks!

My first instinct would say an Easter Egger, just based on the green legs. Does it have a beard or muff?

RoosterDoo said:
My first instinct would say an Easter Egger, just based on the green legs. Does it have a beard or muff?
Click to expand...

No. And my other EEs have tails.

HHHmmmm... is it truly tail-less? There is no actual tail or there is a tail, just no feathers growing out of it? Just trying to piece together possible genetic traits, here.

If it has a smaller tail, it could mean its a rooster.

There are a few breeds that can be rumpless besides Araucana or EE. Is this a bantam or standard size? Can you get a pic of its face?

x2 on getting a full face shot and full profile.

It's too hard to say for certain without better photos.

Araucana is probably the most common rumpless bird in America, and they are breeder quality, but should have yellow legs, and can be ear tufted or not. EE mix from that would not generally create willow (green legs). More commonly green legs is the result of an Ameraucana created EE trait.

There is the Manx Rumpless, essentially the OEGB without a tail, and the Persian Rumpless.

However, all of those breeds would be a rare find at a feed store or auction. Where did you get your birds?

One last thought, ANY breed can produce a rumpless bird due to genetic defect or faults in incubation. (That is considered "accidental" or "genetic mutation" rumplessness.)

The rumpless breeds have been selected for rumpless genetics (that are actually dominant vs. genes producing a tail).

But all told, we need better photos and info on where you got them to best guess what it may be.

Really need to see a facing forward photo, so we can see eyes, crest, any signs of comb 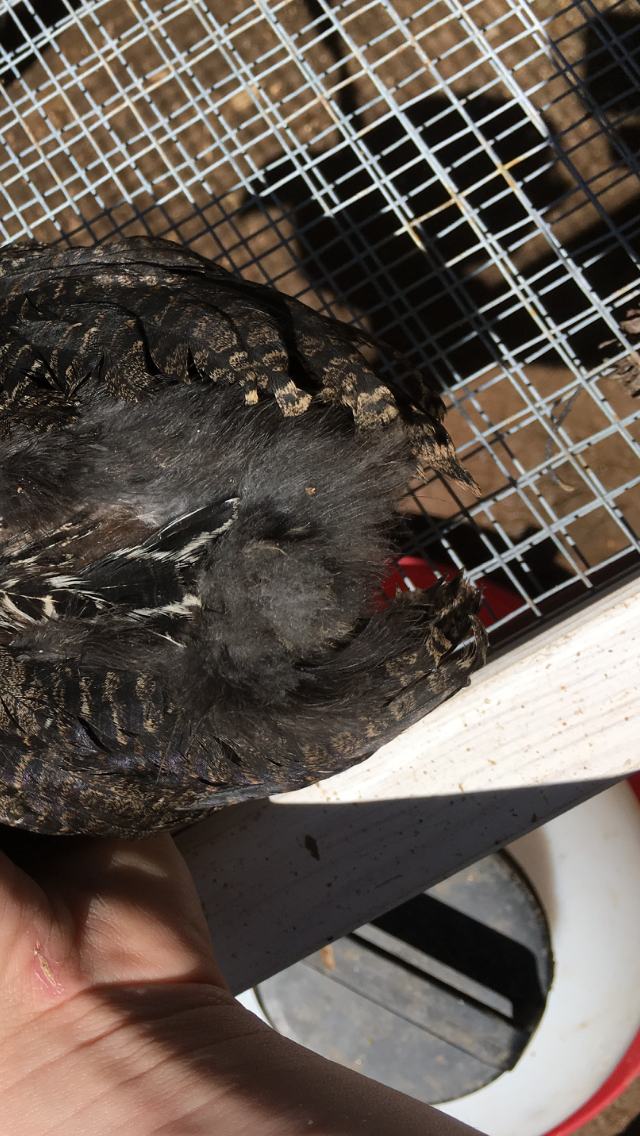 RoosterDoo said:
HHHmmmm... is it truly tail-less? There is no actual tail or there is a tail, just no feathers growing out of it? Just trying to piece together possible genetic traits, here.
Click to expand...

Here is a face shot everyone. I'm pretty sure it is a roo, but I'm more curious on breed/genetics. I got them from a chicken sale . I got four of them and this is the only one with out a tail. 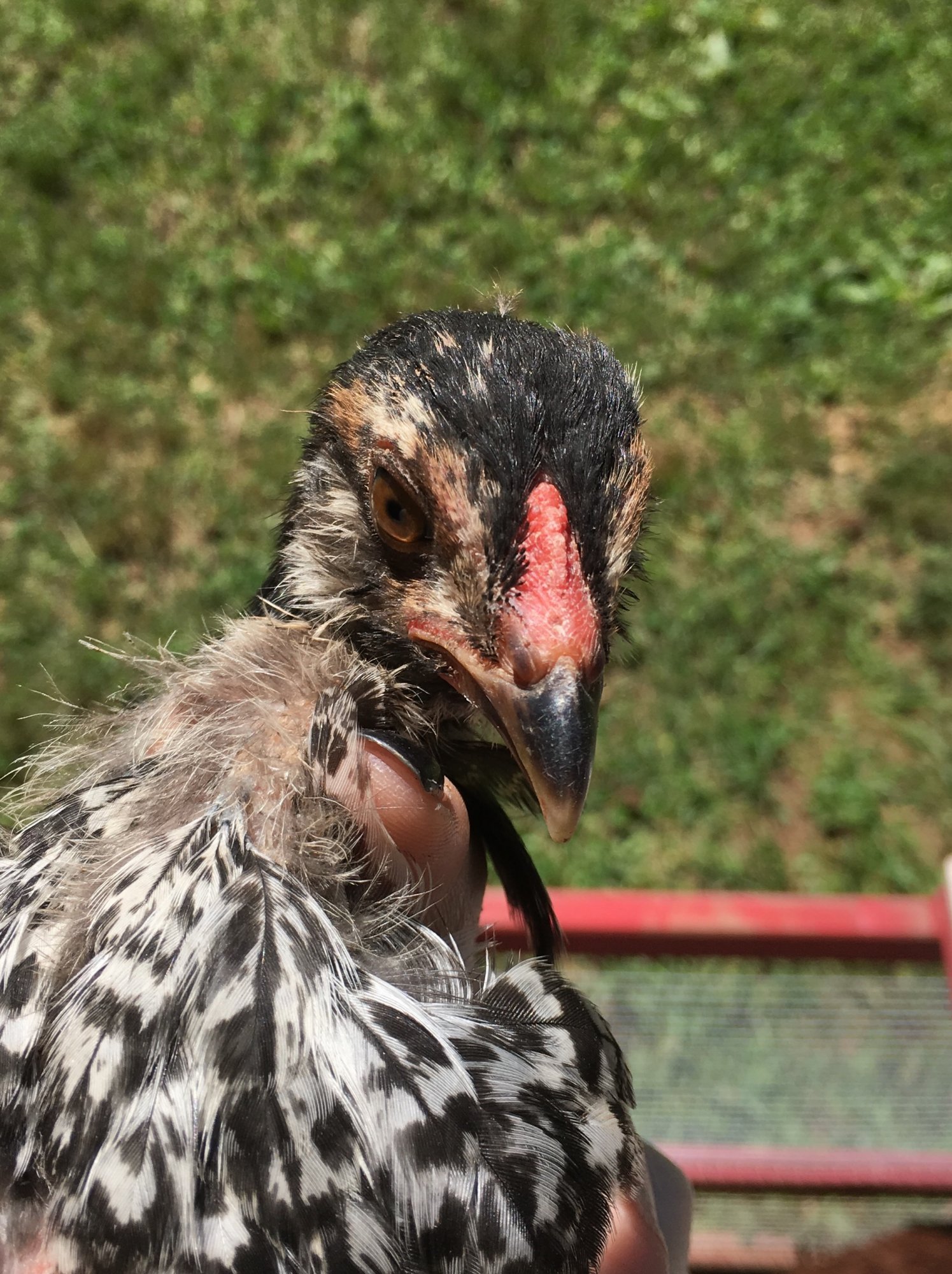 No breed was specified.

What breed is this chicken?

N
Help, I have not been able to identify breed or sex.
2 3