today is a nice day here at just above freezing. I had cleared their area of snow inside their electric poultry net. They spent most of the day out there and were loving it. We have kept in this large fenced off area when we let them out as we live on the edge of a wooded area with lots of predators. We have not really seen many hawks here before They have never had an issue. Today , we were having lunch and my wife screamed and I looked to see the chickens all scurrying into the coop. My wife couldn’t find the words at first but a large hawk had swooped down to ground level and flew off. We ran outside in the snow with no shoes on and did a head count. Our white rock was missing. Then I heard her in the woods. She had flown over the fenced area and I could see in the snow prints that she was airborn further then I ever imagined she could . She was hiding in The snow in some branches. She let me walk over and never flinched as I picked her up and brought her back. She did a great job avoiding that hawk. Needless to say they are all locked up for the remainder of the day. My wife thinks that now that hawk will always come back knowing she was close to a meal. I wonder if that is true.

No expert here, but from what I've read on this site it seems most people keep them locked up for about 2 weeks after a near attack/capture. Am sure others will comment as well. Glad the hawk lost this time!

If you have a covered run Id keep them in there as the previous poster stated until you feel its safe. I have a large 10x10x6 panel covered run for mine I keep them in in the event of things like this. I hope your flock is ok. Keep an eye on them for shock. 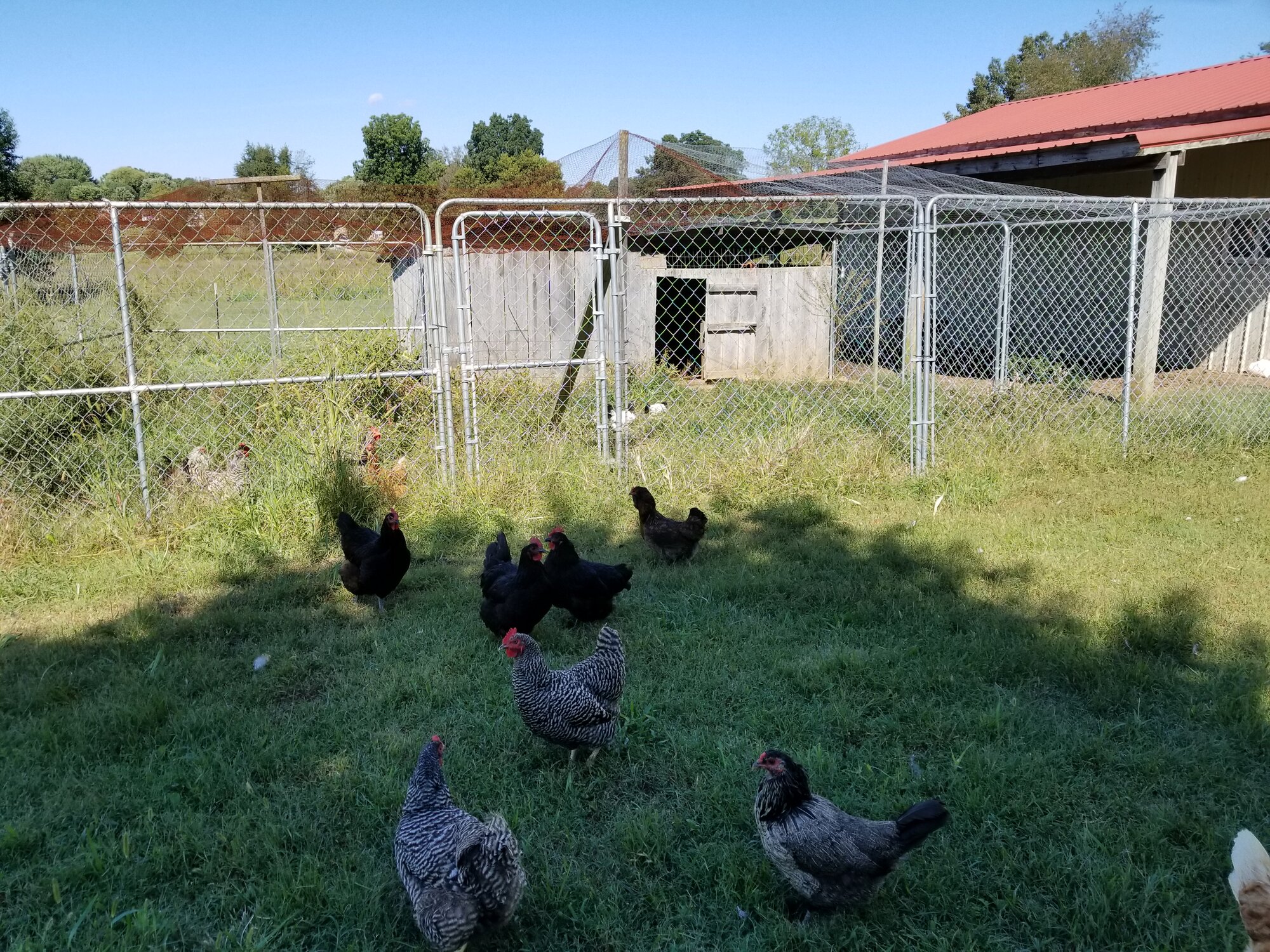 Club cramahe coop said:
My wife thinks that now that hawk will always come back knowing she was close to a meal. I wonder if that is true.
Click to expand...

Club cramahe coop said:
My wife thinks that now that hawk will always come back knowing she was close to a meal. I wonder if that is true.
Click to expand...

Maybe, maybe not. I heard chicken alarming the other day and went out on the front deck to see what was going on. I saw a hawk on the ground checking out the chickens under the deck. It flew off when it saw me, and I haven't seen it since.

I keep mine in for at least ten days to two weeks, and no hawk sightings. Once we had a Cooper's hawk who took three weeks to leave, so be prepared.
Before I understood what was going on, a hawk would return every three or four days, get another bird, and then be invisible until it needed that next meal.
It's why it is best to have enough safe space in the coop and maybe covered run to outlast raptors, blizzards, or whatever else comes their way.
Mary

I think that many young raptors don't survive their first winter, because there's that learning curve regarding learning hunting skills. They miss, and have to learn how to connect instead.
Mary 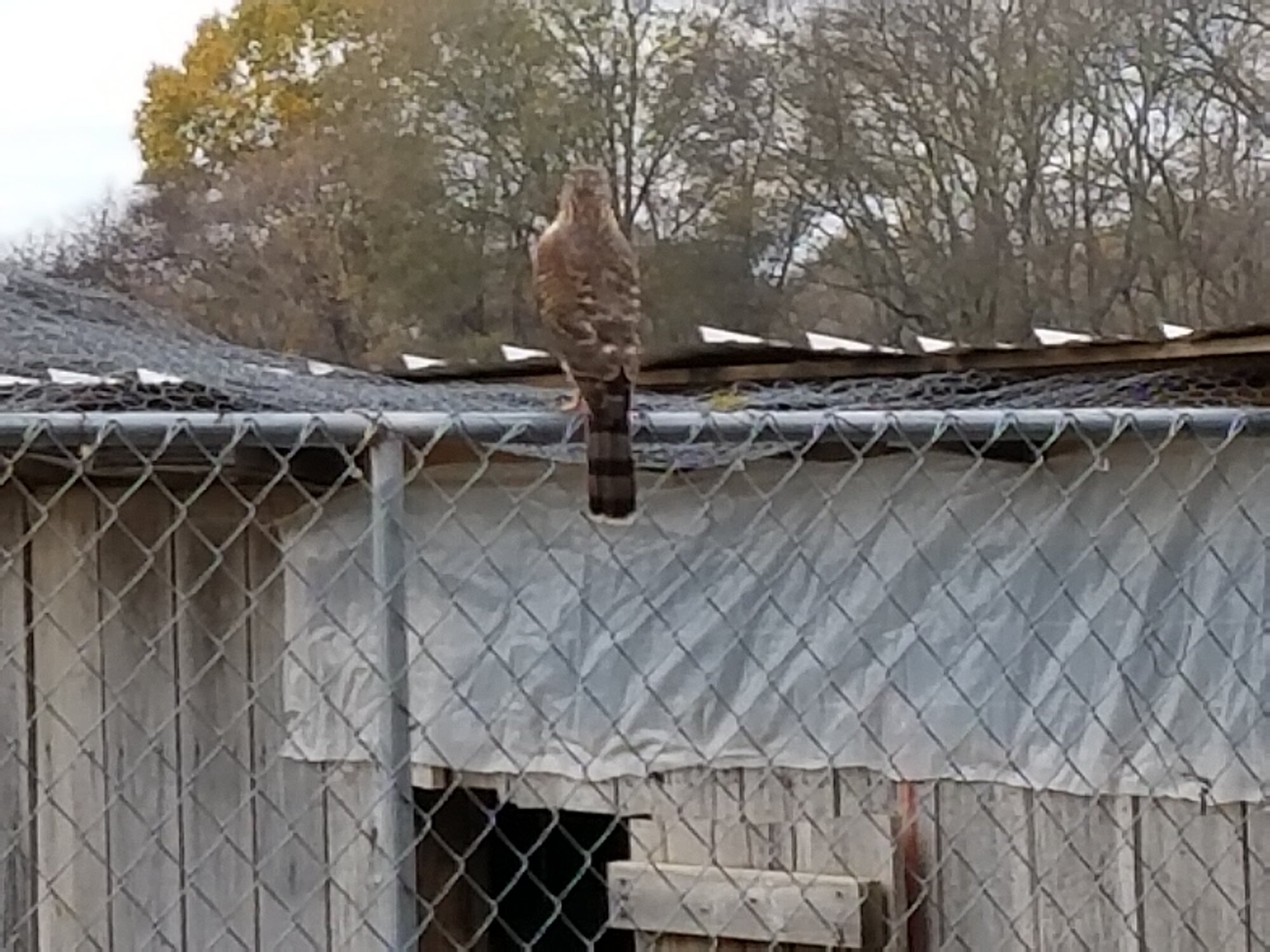 Here is why I have a covered run. 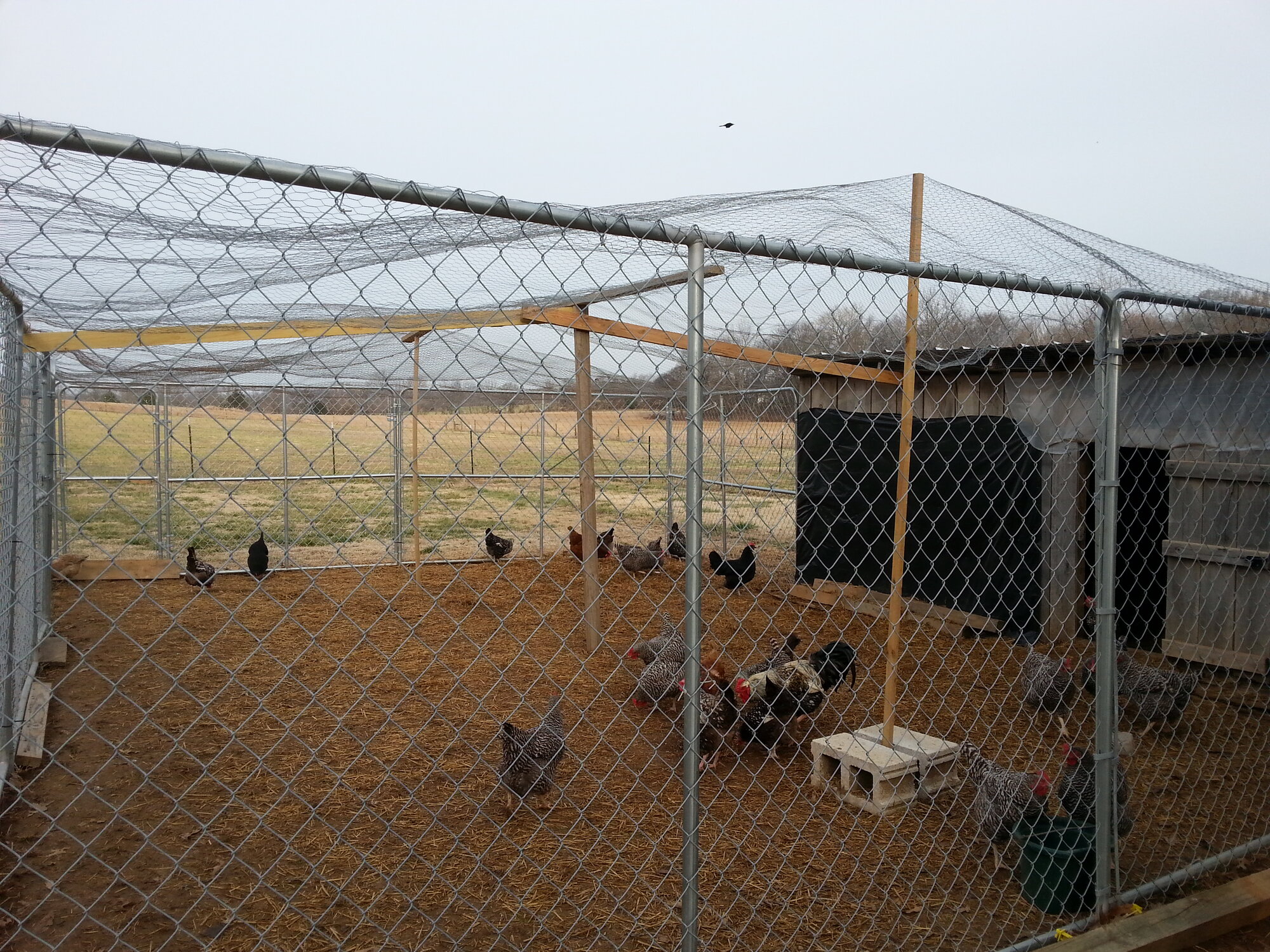 Rammy said:
Here is why I have a covered run.
Click to expand...

Club cramahe coop said:
We ran outside in the snow with no shoes on and did a head count.
Click to expand...

Lol. I've done that a time or two myself.
Mine free range, but they learn caution, and after the last hawk attack, they take cover at regular intervals with the rooster standing over them.
You must log in or register to reply here.
Share:
Reddit Pinterest Tumblr WhatsApp Email Link