I recently purchased a trio of these fowl, My stag is nearly black with some dark red in his neck, one pullet is dark blue, the other is splash. The breeder I got these from said some times he gets some brown red colored ones. I'm wondering how would a brown red come from a black ,blue and splash trio?

I don’t know what went into the mugs to say specifically what genes are likely at play.... but basically some of his birds are probably split for the base color, meaning they have one copy of extended black at the E locus and one copy of ( let’s say) light brown at that locus...

But the black is dominant so these birds that are split appear black... but when a male and female that are both split get together, the chicks have about a 25% chance of coming out light brown... that is if my ciphering isn’t off... which it might be a little

there could be nine other things in the mix too, but that’s a simple example ... basically the brown is recessive to black

I had a splash hen that was hiding something like that and gave me some unexpected colors the last couple years.

I looked up mugs after I replied and realized they’re not all solid black/blue/splash... and maybe solid is even less common than some of the other patterns

so I just wanted to clarify, that in my example I was thinking in terms of solid black. If you provide more info on your bird’s pattern someone might be able to offer a more precise explanation though

If they are like Lemon Blue Cochins, the black variety is called Brown Red. Which is dumb. They are Black with red feathers, but whatever. I didn't name them, I just breed them...lol
D 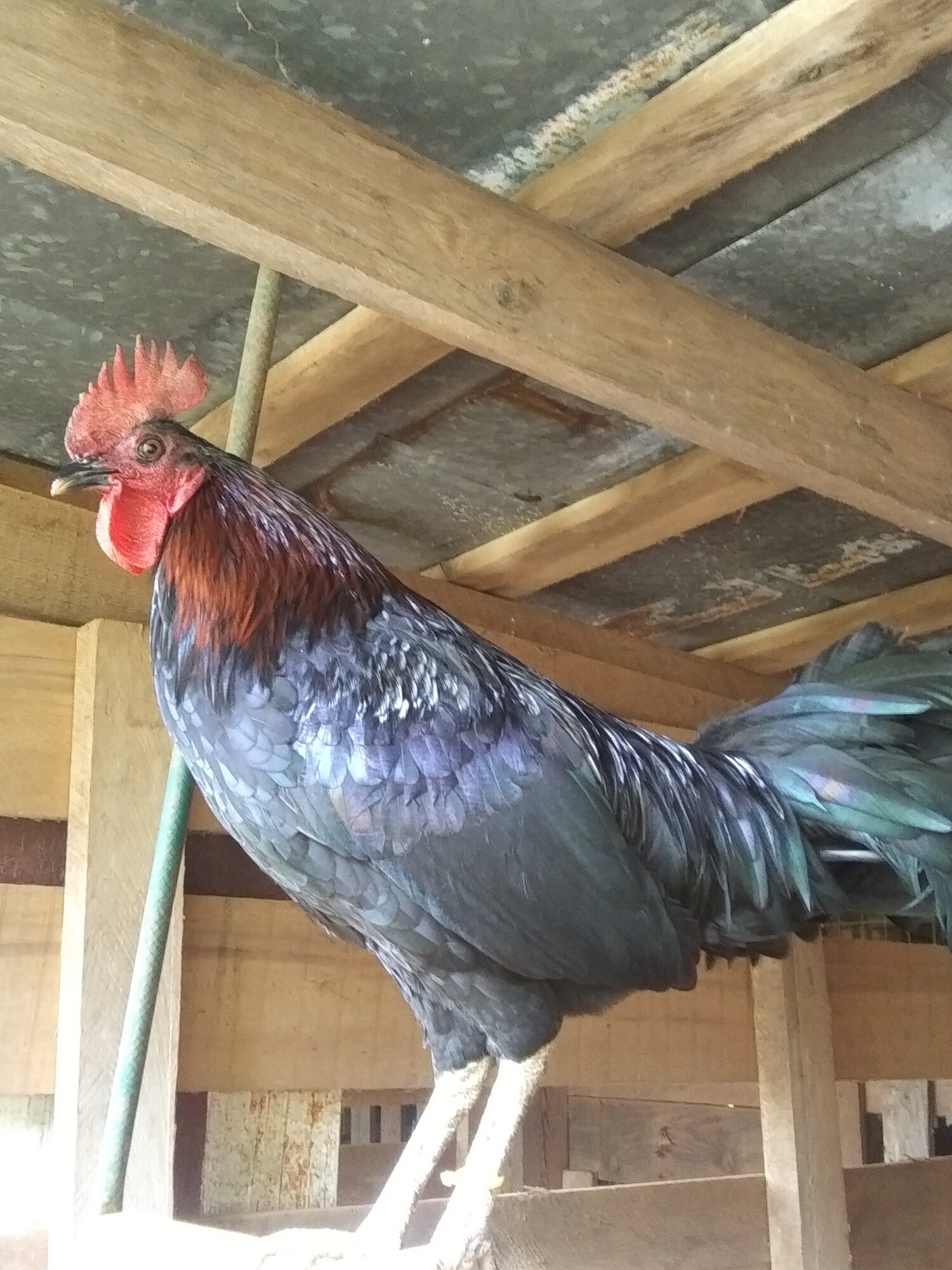 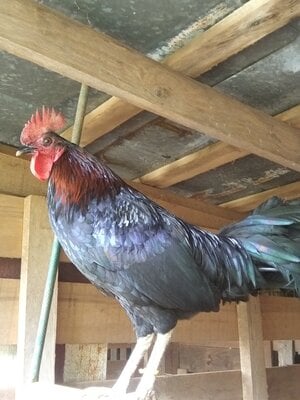 I looked though a genetic book real quick, and saw a few ‘recipes’ for creating that blue red pattern... and it can be built a number of ways using a few different combinations of things genetically speaking.

But in any case, the only way for a bird of that pattern to throw red/brown birds is as I mentioned the other day... which is to be split ( aka “not true”) for the base color/pattern.

That is to say both parents of the red/brown bird are carrying recessive genes that come together to throw the unexpected color.

but what I saw in looking at mugs the other day was that they can be a solid blue pattern, that blue red pattern, or they can be several other patterns

Which is the same thing the others have mentioned in that they don’t breed true to a specific color/pattern.

And I think it’s fair to say that this is because like most gamefowl the proper selection of them is for gameness first, not color or pattern.

Opinions Please On This Baby
2 3

pls help identify which e- locus allele, and what other color pattern mutations