10 years ago my granddaughter hatched and gave me a golden cuckoo maran chick. This chick was the only chick that hatched, and was raised by my grandchildren in the house. She ate yogurt, scrambled eggs, crackers and everything kids ate, but not much chick feed... We could tell early on she had a breed defect with yellow legs. This shoulder riding chick grew up, and moved in with my flock of wheaten marans, and a Rhode Island red named ruby. Dragon fly has escaped dog attacks , foxes, hawks and many a peril in the back yard. She is the coop boss, and yet gentle to new chicks being introduced. When new Roosters come and go she accepts them all. She just turned 10 this month. For the past 3 years she has spent winters in different coops, when we have wintered in North Carolina, returning to her home coop. For the last 2 year's we have had no Roosters, so she is now crowing in the morning. Has anyone had a crowing hen, or a 10 year old who still lays eggs, she has laid 3 this week...small but delicious!

There's a piggy in the pasture

Sometimes when no roosters are around, a hen crows to claim dominance over the flock.

Meet Fat Bird. She's ten and a few months old. She laid an egg yesterday. She's the tribe senior. She doesn't crow but other hens here do. There are plenty of roosters here so crowing isn't due to a lack of roosters and it isn't restricted to the most senior hens either.
Some hens crow and it has nothing to do with dominance. It would seem just like hens that grow spurs that something in the genes encourages male behaviour. 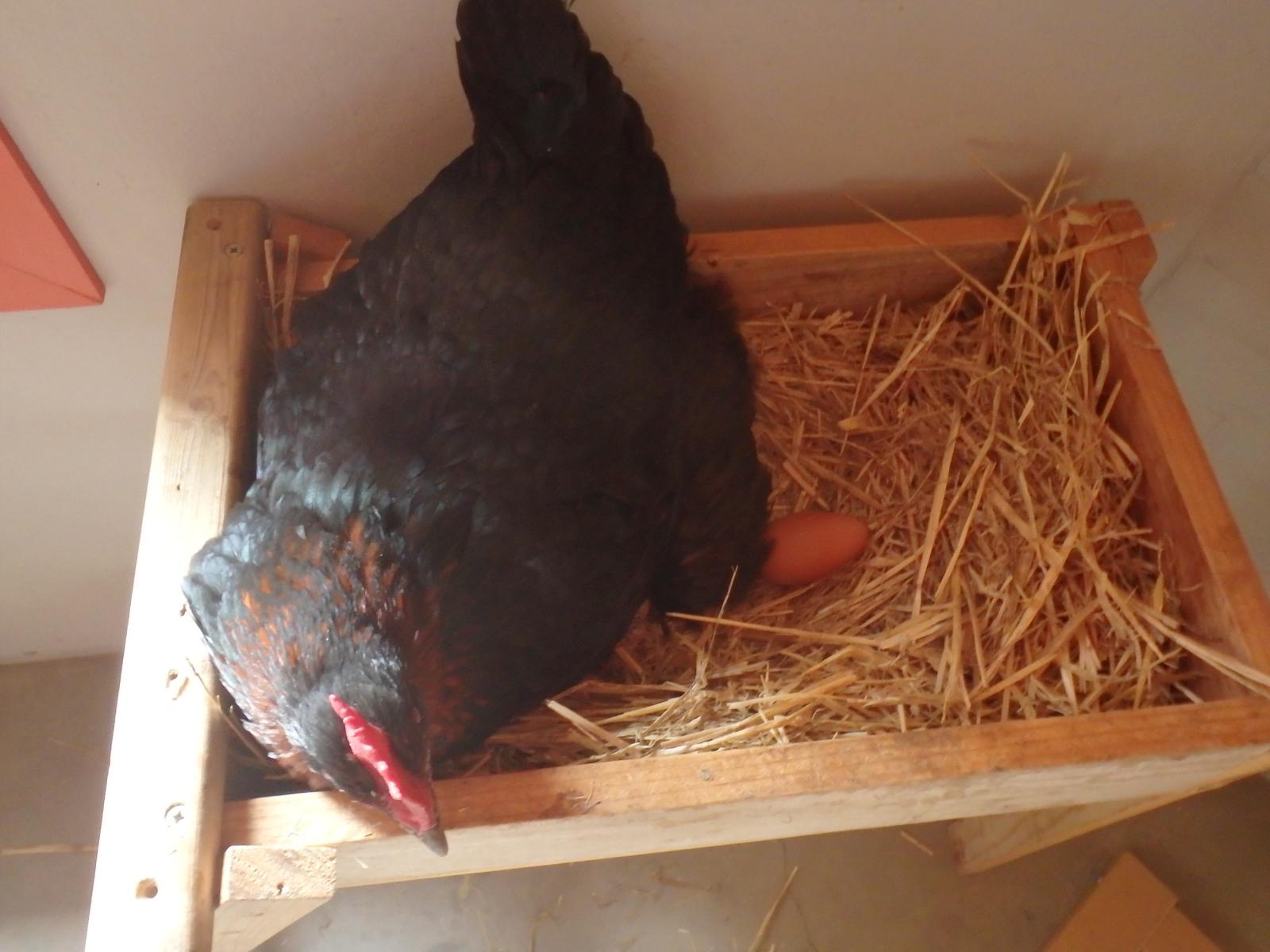 One of my polish chickens used to try and crow when she was younger but she stopped after she went broody and hatched a very beautiful baby chick.
Polly is the one with the fluffy head and that is her “son“ carmine.

I have a ~6 year old alpha hen who on occasion will make a sound like she is trying to crow. She has also taken on some other rooster duties like helping others ID nesting locations and tidbitting for her favorites.

Ground Hens Day: What does Pennsylvania Phyllis predict this year?
2

Thursday at 4:39 AM
Callender Girl