Deep in the Forest RP-RP of forest animals

Hi! This is going to be a RP of animals that live in the forest.Just think of anything that lives in the forest.
Rules
Fighting is okay but try to keep to a low minimum
Don't go into specifics about breeding...just say "Breed"
PM me if you want to join
Thats it! Have fun!!

Name: Sara
Species: Whitetail Doe
Personality: Sweet, gentle loves her daughter Josaphine
About the animal: Has one daughter
Other: Husband was killed by a hunter 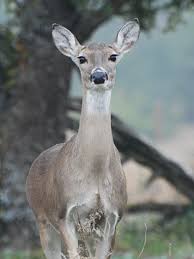 
Name: Lykaon
Species: White wolf
Personality: Wisest animal in the forest, keeps to himself, loves his son, Faolan, kind and gentle when encountered, dangerous when angered
About the animal: Has a son, wife disappeared one night and never came back, lives in a cave on the east side of the forest
Other: King of the Forest, mysterious(no one really knows much about him besides what is shown here)
Byc User: Toro
Pic: