Do they need supplemental heat?

We normally live in the city, but we are going to be at our country house from now to mid january. We have a little starter coop here, so we brought the chickens!

Anyways, in the city we got maybe 8 inches of snow, but in the country, we got a good 2ft. The coop is like a basic small coop, but I wasn’t too worried about the girl last night even though it got down to 15 degrees. My mom told me this morning she got up at 1am and put in a heat lamp we used when they were chicks because she was so worried they would freeze to death! I don’t really think they need that though, right? They’re 9 months old so i don’t think they need any supplemental heat.

I don’t think they really need any lamps or anything because its 15 degress and they snuggle together for warmth. correct me if i’m wrong though.

They don't need the heat lamp.
I only use a heat lamp for the -30F weeks. Otherwise, they have their own built in heater... feathers.
If you put your hand under all the feathers on a cold day, you will feel how warm it is and that they are just fine.

They don’t need heat unless they are under 8 weeks and not fully feathered. Chickens have a layer of down under their feathers; also, supplemental heat can be harmful to them and is the #1 cause of tragic coop fires. The key to keeping a chicken happy in the winter is ventilation - humidity from their breath can settle onto their combs and cause frostbite. As long as they are high and dry, they will be fine. Offer them a moderate amount of scratch in the winter; the digestion of the heavy, slow carbs helps generate heat in their bodies.

In a word, NO. Not at 9 months, no matter the temperature. At that age, they're basically adults physiologically.
I just moved seven 6 week old chicks out last week and it has gotten down to 24F a couple nights since then.

My pullets are 7 1/2 months old and hens are 28 months.
I don't heat my well ventilated coops. 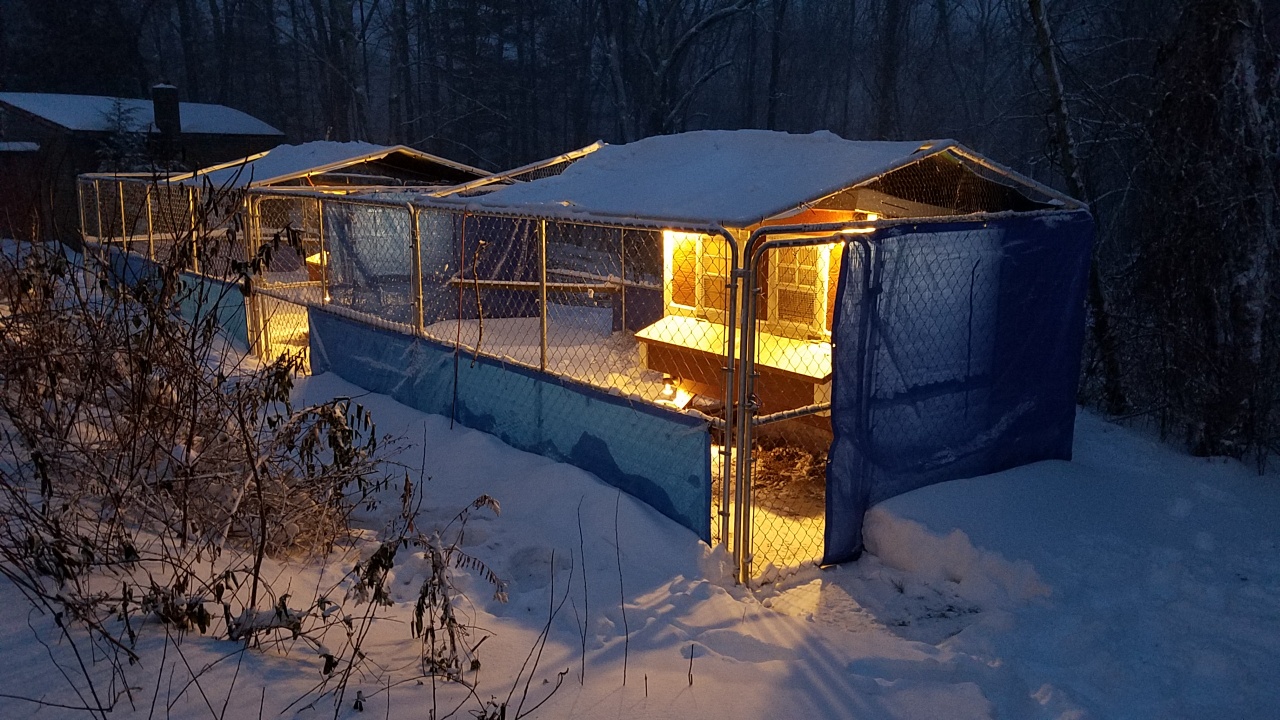 Temps were 3 degrees Fahrenheit yesterday morning when I opened coops and dropped to 2 degrees before sunrise. 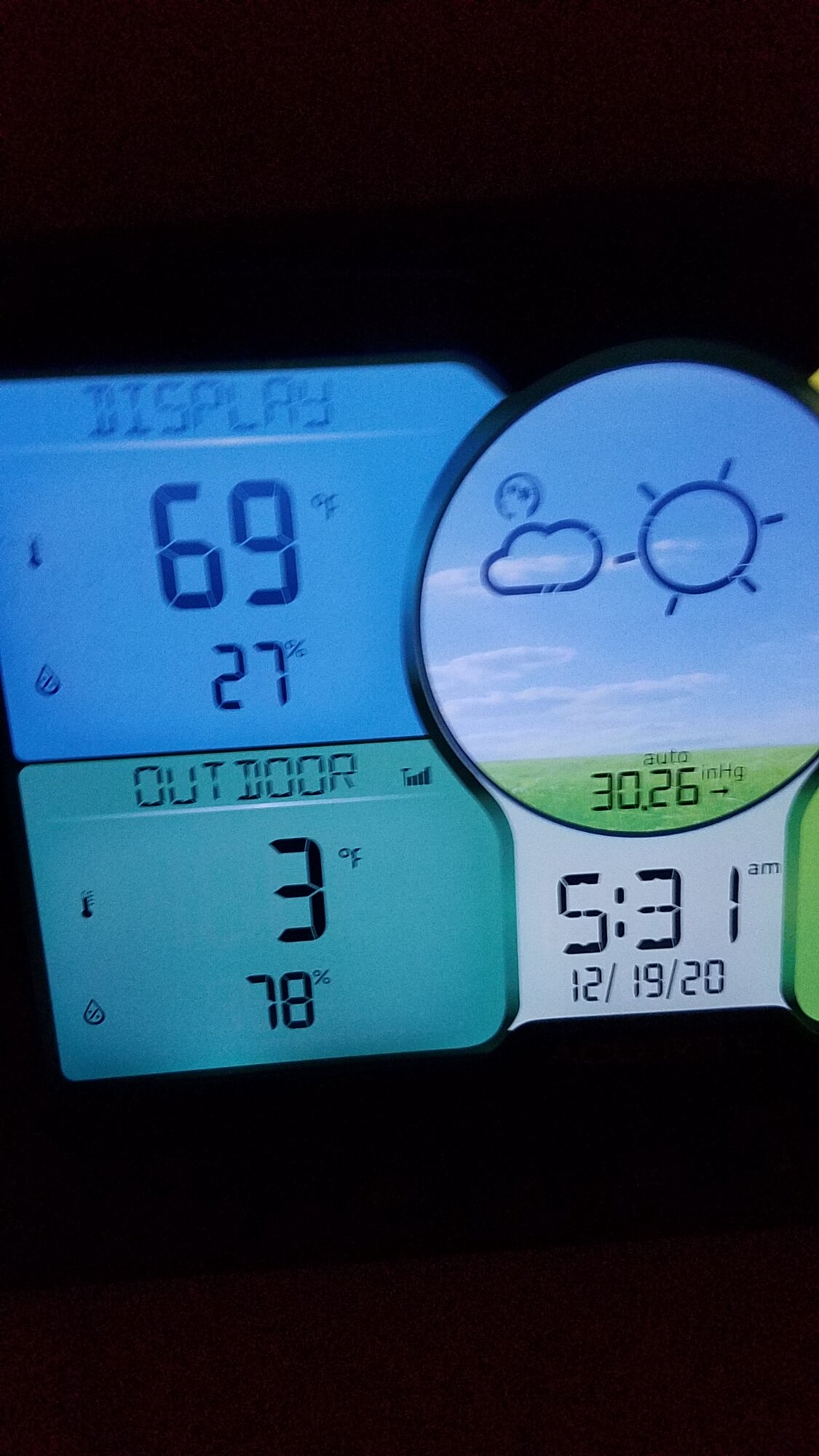 My pullets yesterday foraging in the paths around my property. 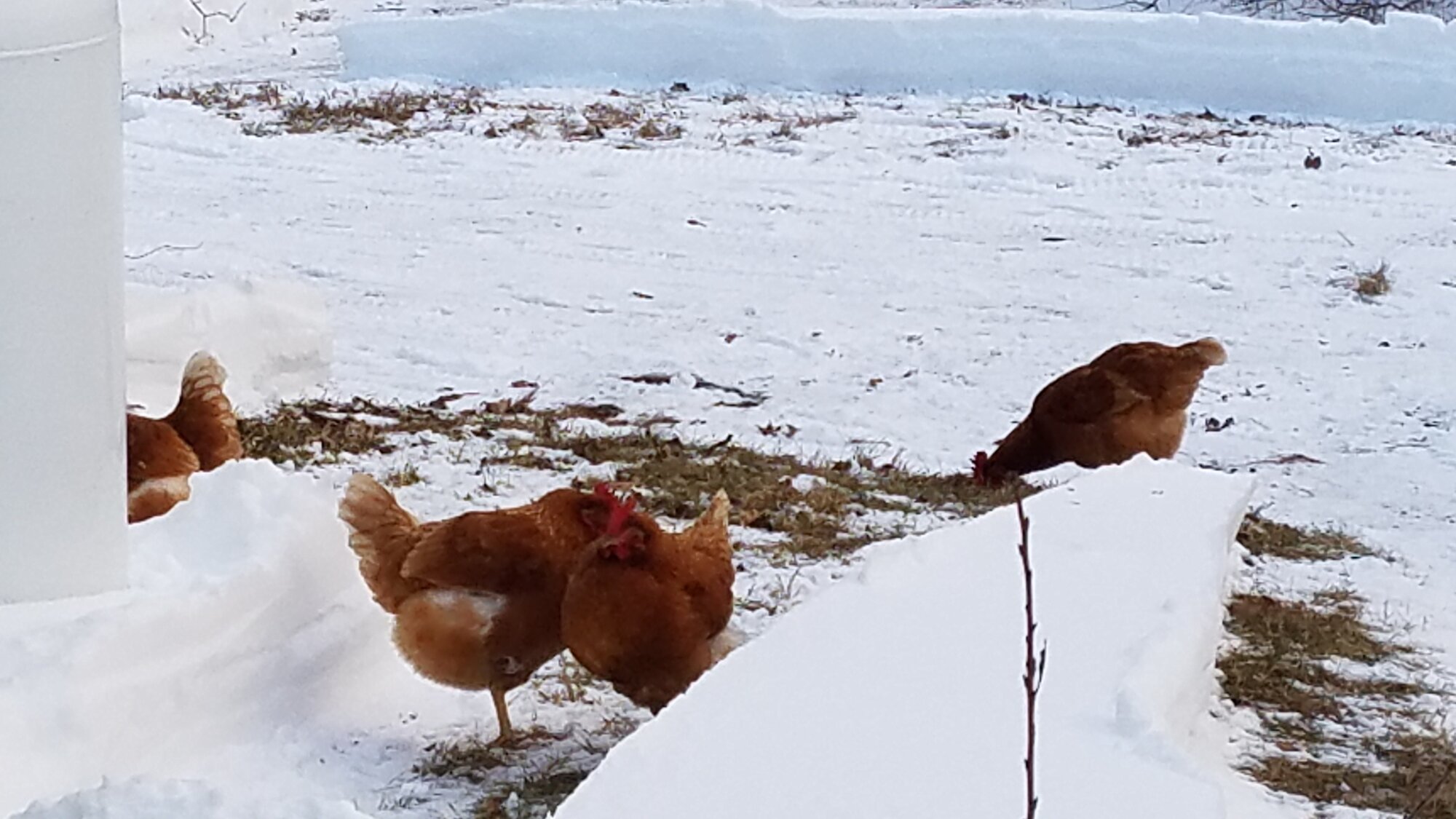 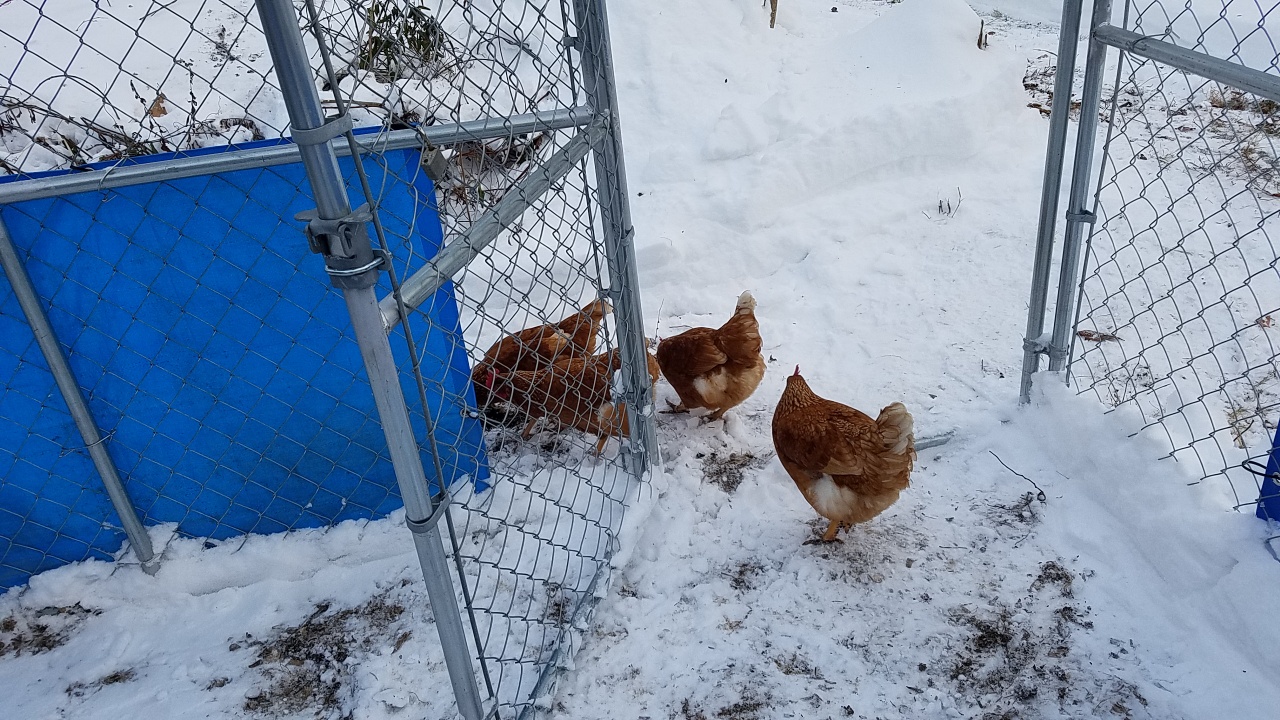 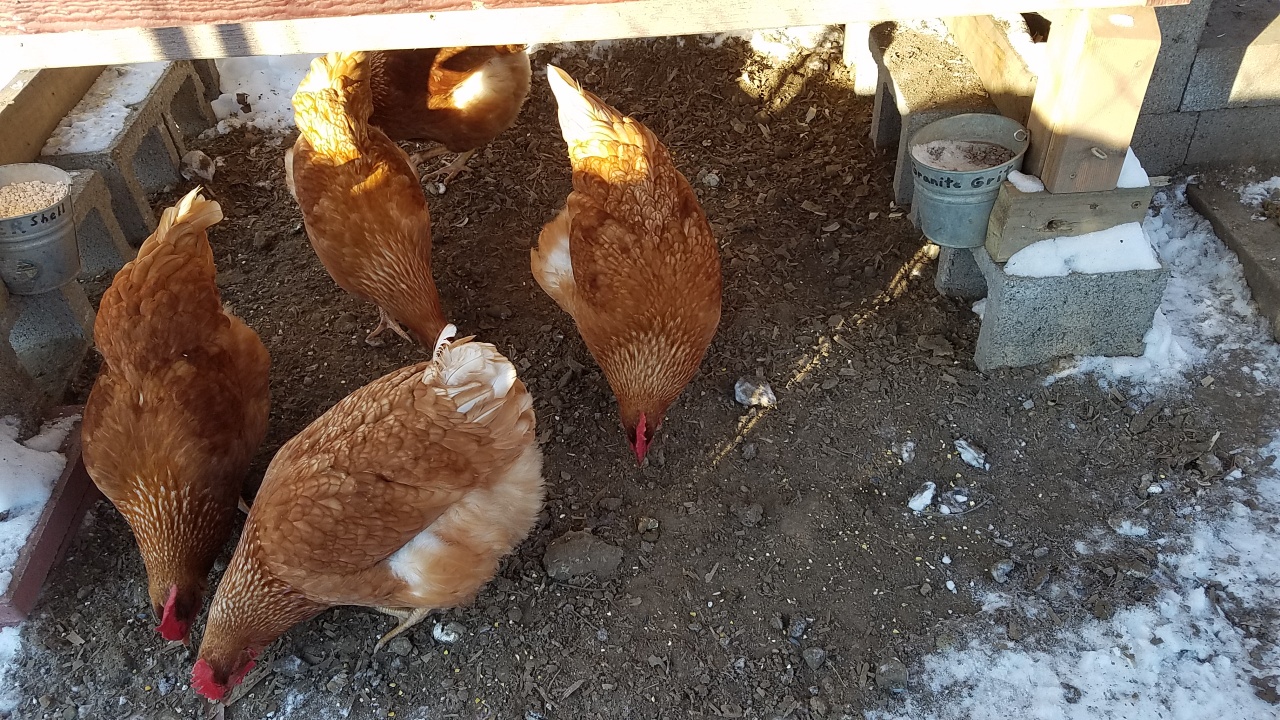 yesterday morning getting their Scratch Grain treat around 9 am 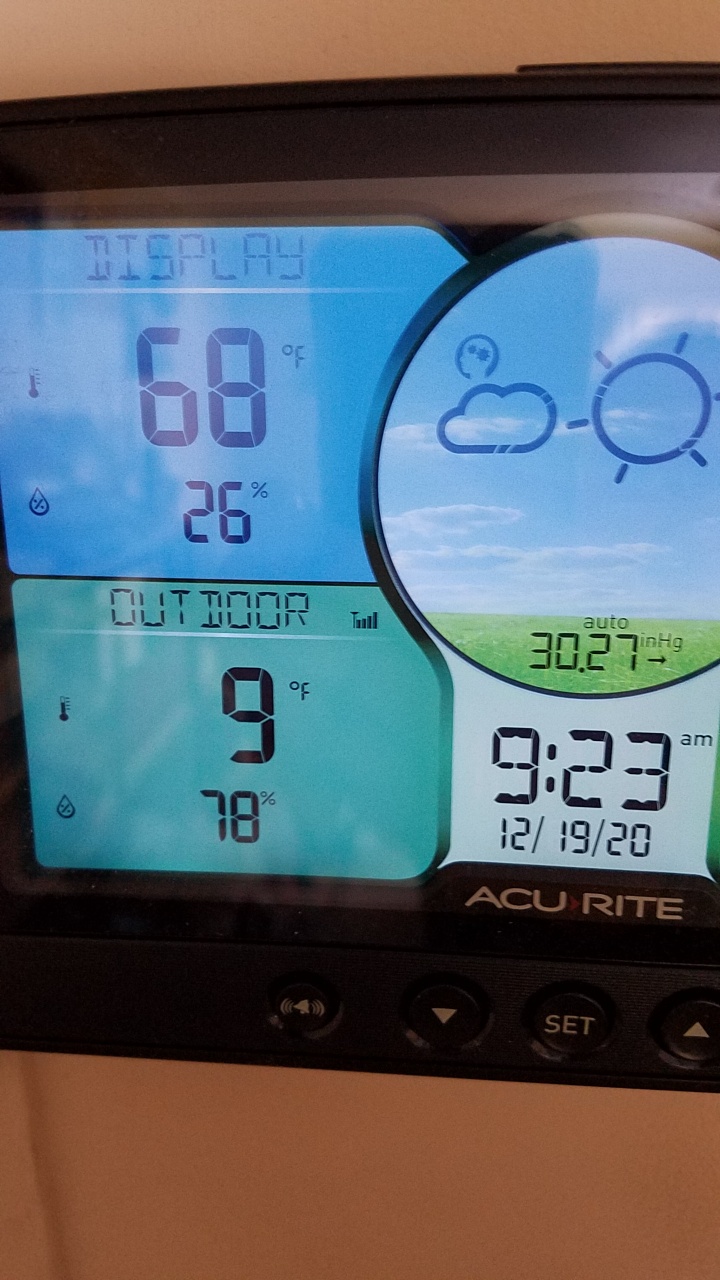 Great thank you guys so much! She got a heater (like the plates you can use as a brooder or a heater) at tractor supply today (which I told her they won't need) but I guess good to know she cares about them

I'd be more concerned about shelter space and ventilation than heat.
How big is coop, in feet by feet, and how many birds?
Dimensions and pics would help here.

aart said:
I'd be more concerned about shelter space and ventilation than heat.
How big is coop, in feet by feet, and how many birds?
Dimensions and pics would help here.
Click to expand...

4 hens, I would say it's around 3'x3' (maybe a little smaller than that) I'm not exactly sure. I know it isn't that big, but they have a lot more room during the day and its only for a few weeks. It's also not the best quality which is why I was asking as opposed to a coop that can insulate well. They slept fine last night

B
Need help with expanding our flock!!!