I am in need of pointers on what the heck to do with my roof situation on my run. The roof is not predator proof for anything that can climb on top of the run, right I’m not sure what to try next.


Below are
the first iteration of the roof. Hardware cloth under a center beam. 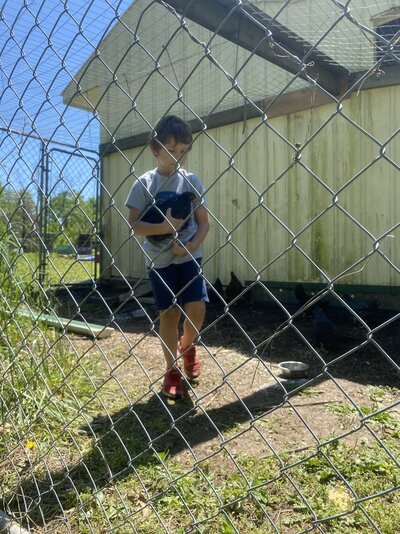 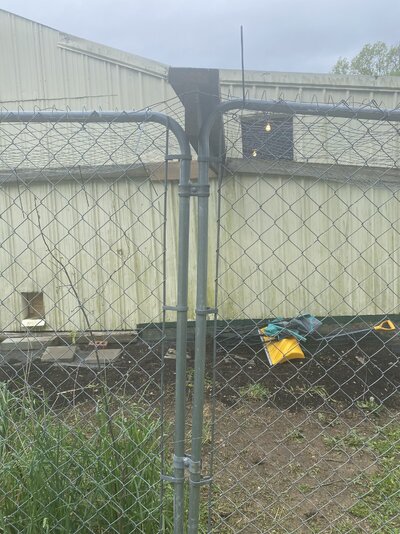 We then added onto the run for bunnies, I kept them separate cause I had heard horror stories. The “roof” came with the kennel I bought. Plus a 10x10 is simple enough. Friend’s super tall husband put it on which is why the ridges are going left to right not front to back. And I have pavers holding it down cause half the time half of the roof was blown away or half on half off. 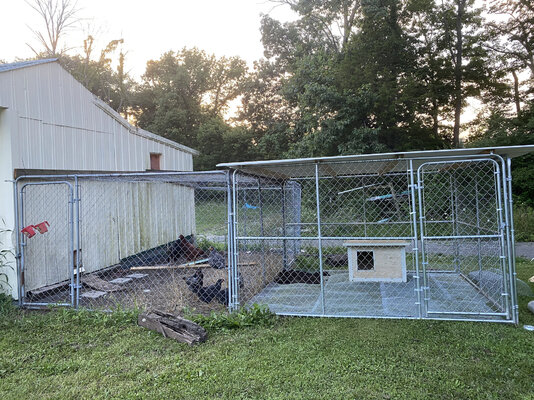 this summer mistakes were made. I added a tarp for shade cause the birds get SO hot. It was fine for months, until it wasn’t. A huge downpour hit and I got out just in time to find that the roof was in the process of collapsing. The below pictures the aftermath of when I finally got the water pooled in the tarp to let go without maiming any of my hens. 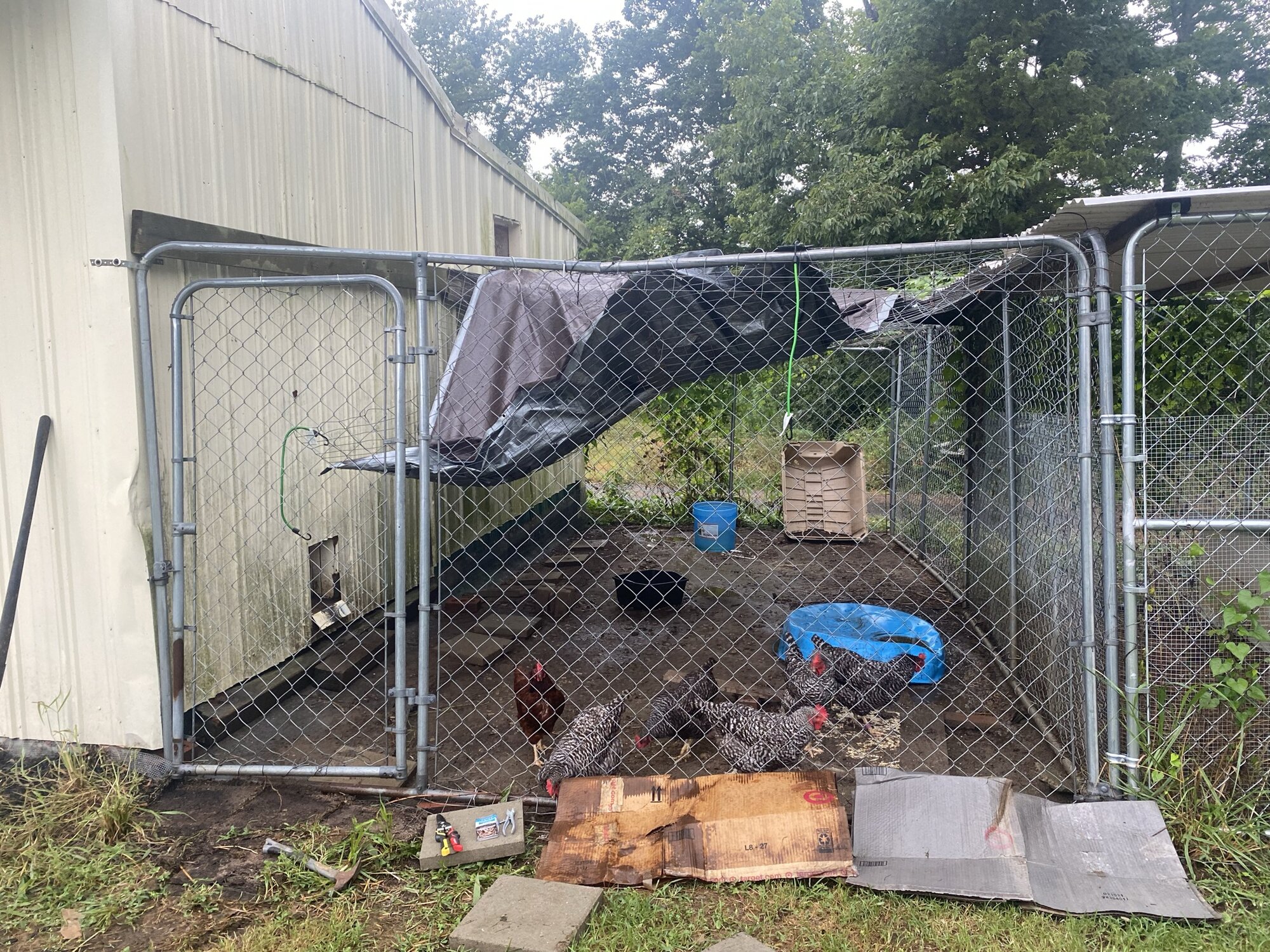 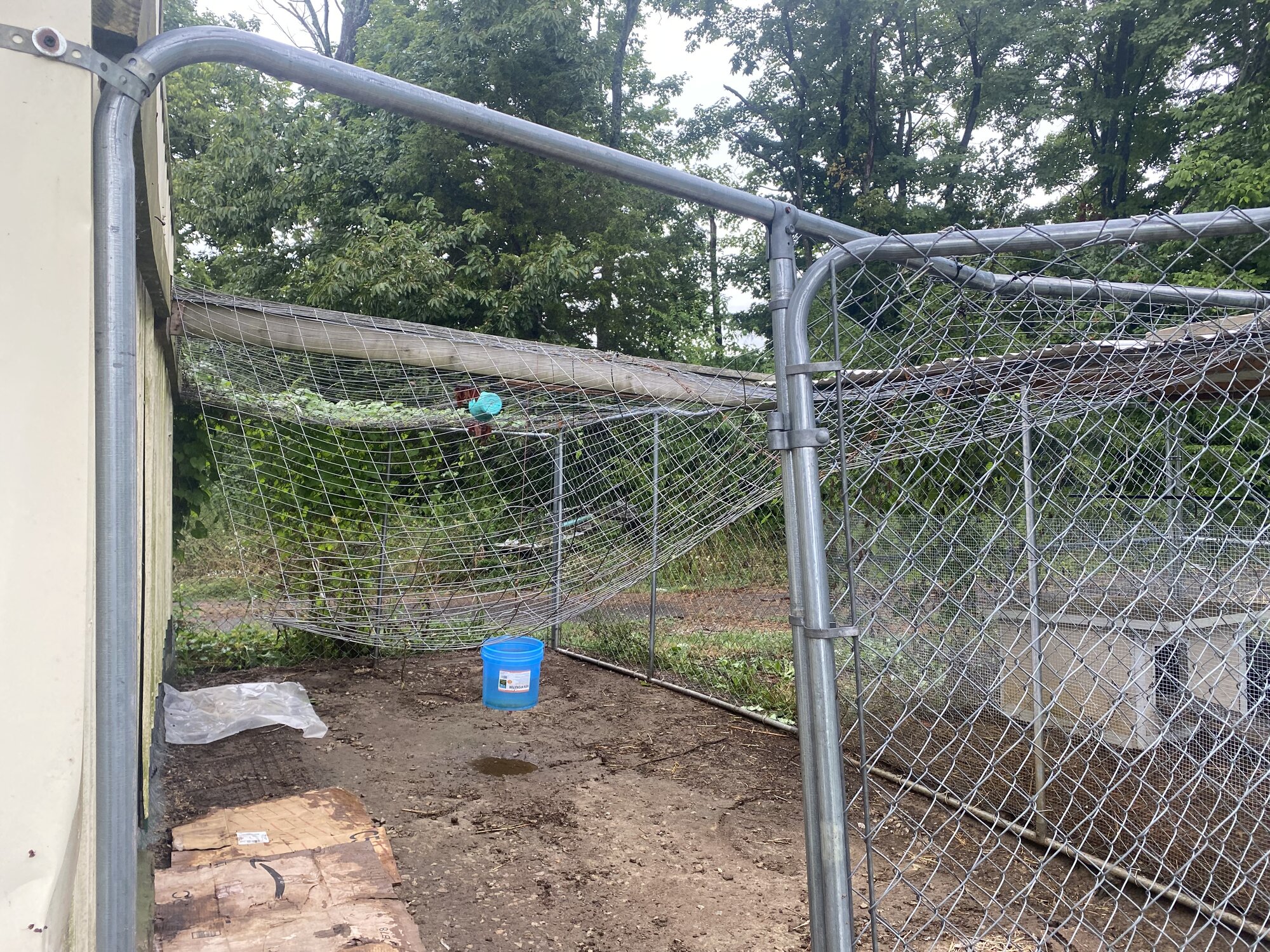 I could not get the roof to come square again after it was bent to kingdom come because I’m 5’2 the kennel is 6ft tall and even with a rake upside down holding up the roof and all the zip ties in the world I can not manage to get the wire back on straight without gaps between the coop and the hardware cloth. Even if I could, it doesn’t fix the problem of shade and dry outdoor spaces.


Below is where I’m at now: 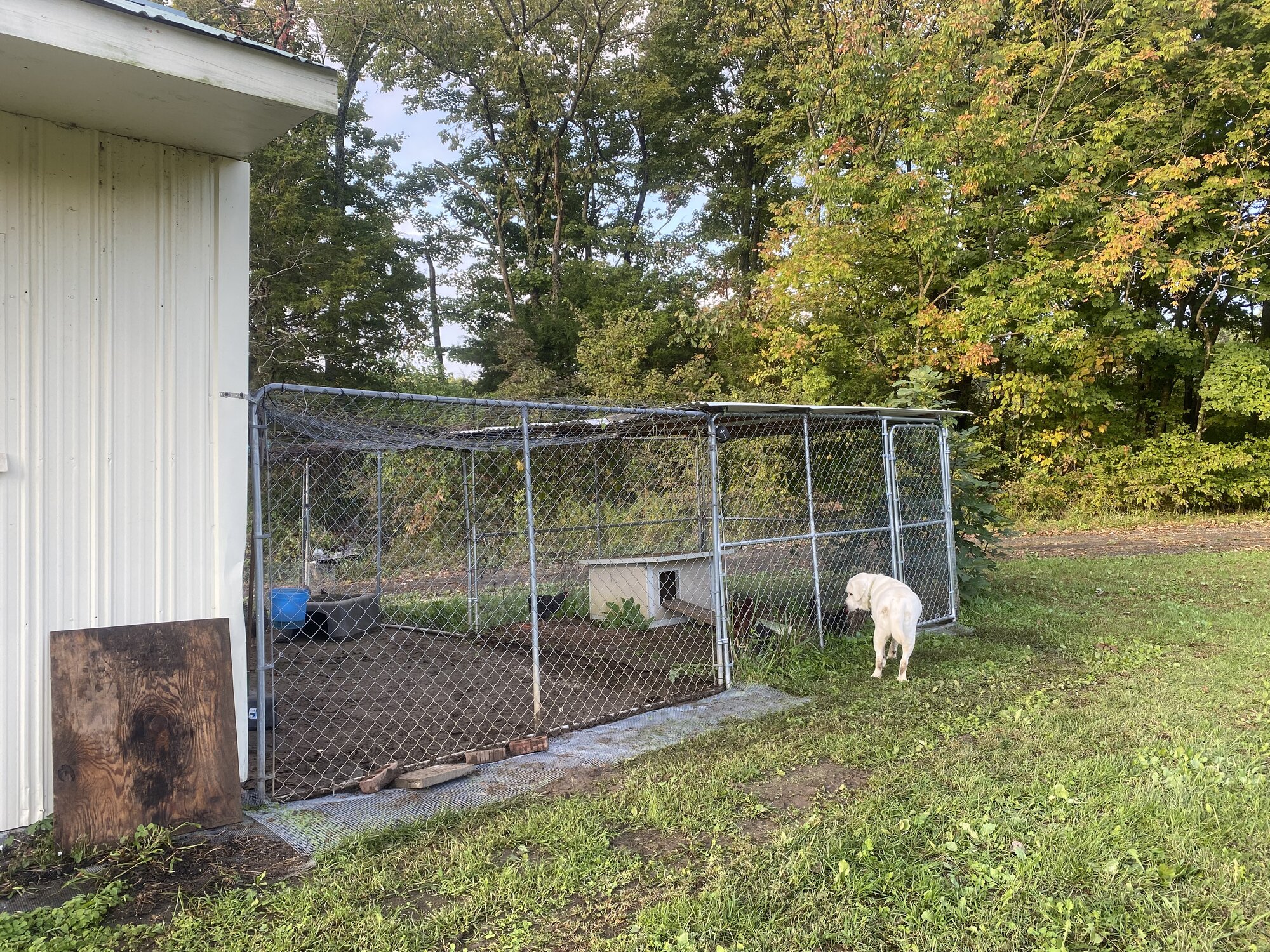 I managed to integrate my silkies and original girls so took the dividing wall down between the two runs so they are all connected.

I have enough corrugated metal siding to probably roof the entire run. (same material as the coop and roof) 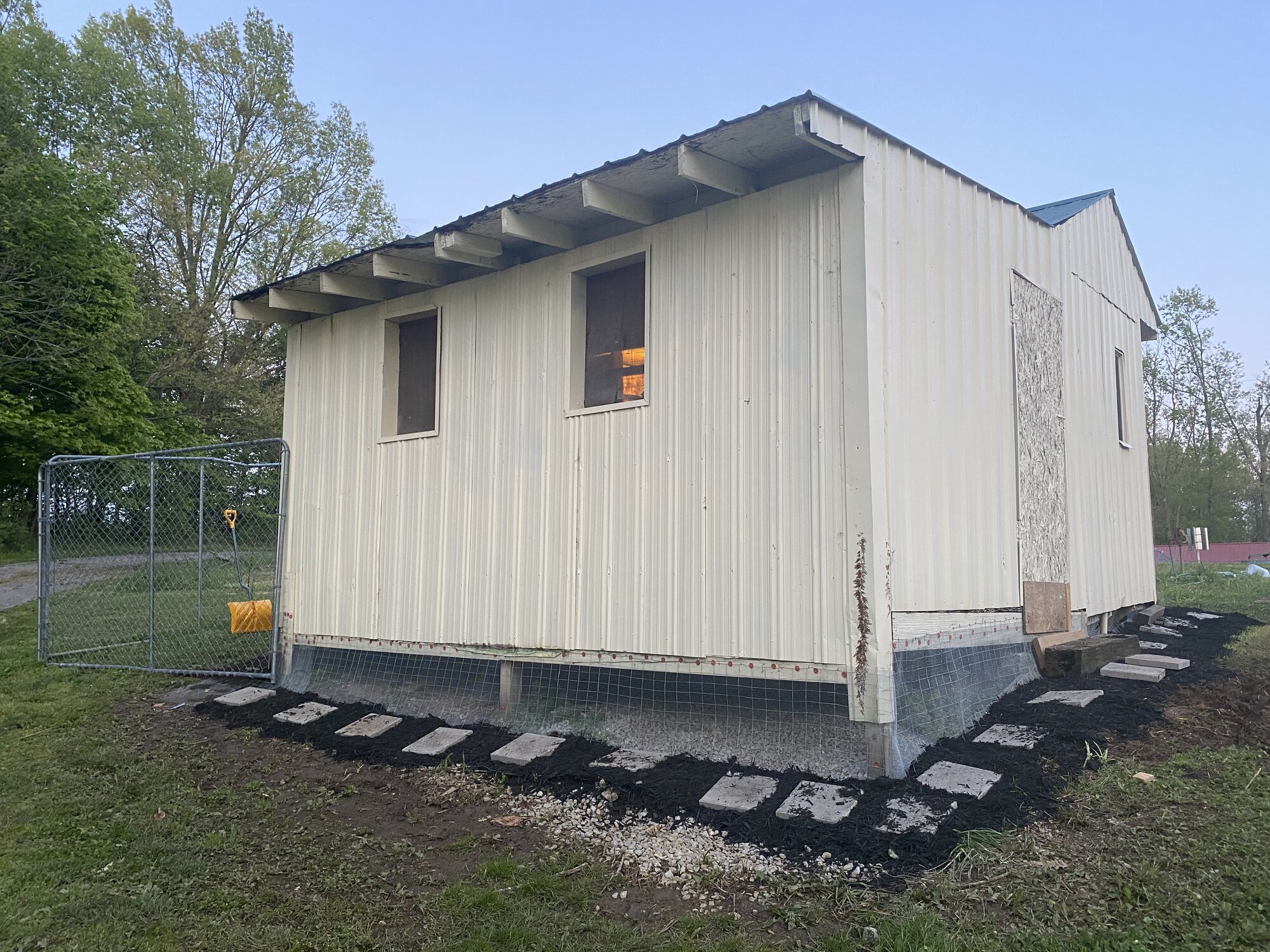 the coop and run are on a bit of a slope, and the main run is washing out a bit. So I figured either

- for the main part of the run the 10x20 a 4:12 pitch or as close as I could get on the roof and make something similar to the original support beam, just higher and have the front guttered to hopefully mitigate erosion. Leave the other roof as is or lay wood down along the top of the front wall to increase pitch and then recover in the metal siding. 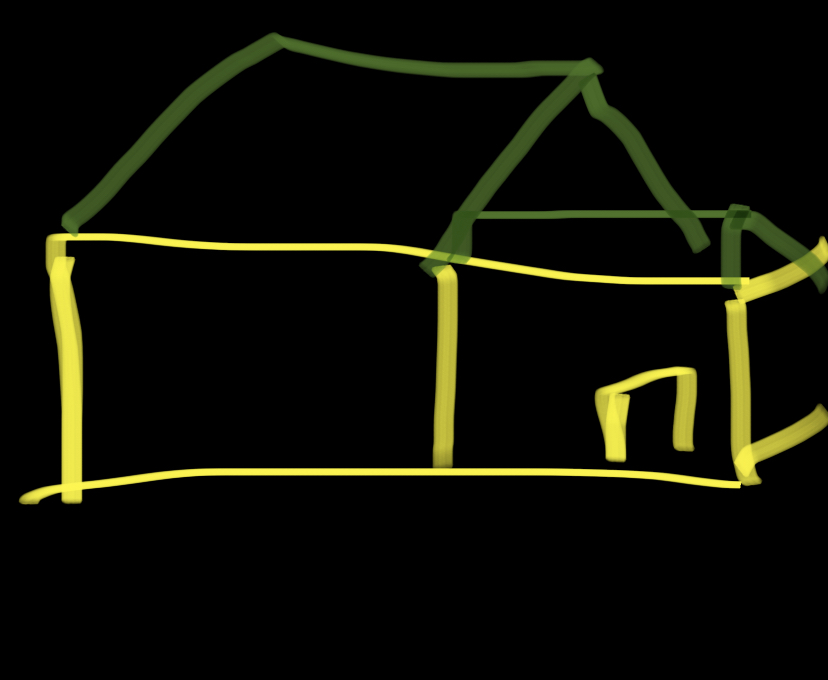 - do a kind of lean to situation with a 3:12 pitch (or as close as I can) on both roofs. But I’m not sure how I would support the middle of the 20 ft span it would go over on the one side. 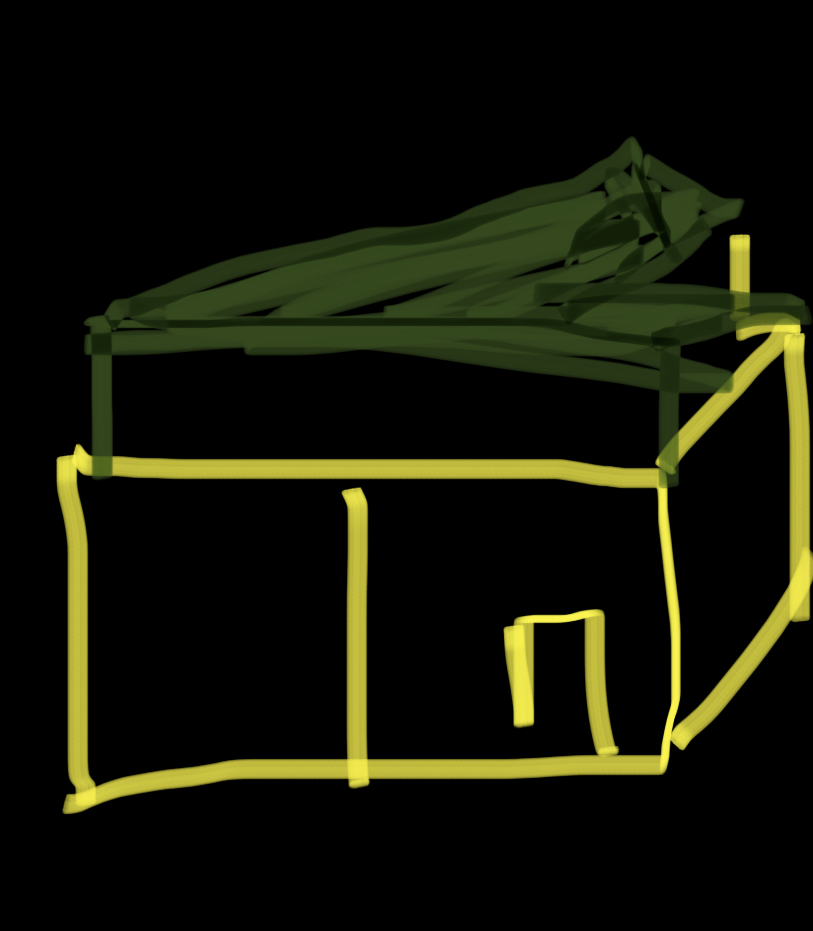 - I considered doing the dog kennel metal roof frame and matching the roof direction of the coop going left to right. (The type of dog kennel roof where it is like a metal gable and they’re every 3 feet or so) Then, on the other half of the 20 x 10 run split putting the roof that is on the old bunny enclosure on it and have it be a leanto slant situation under the back 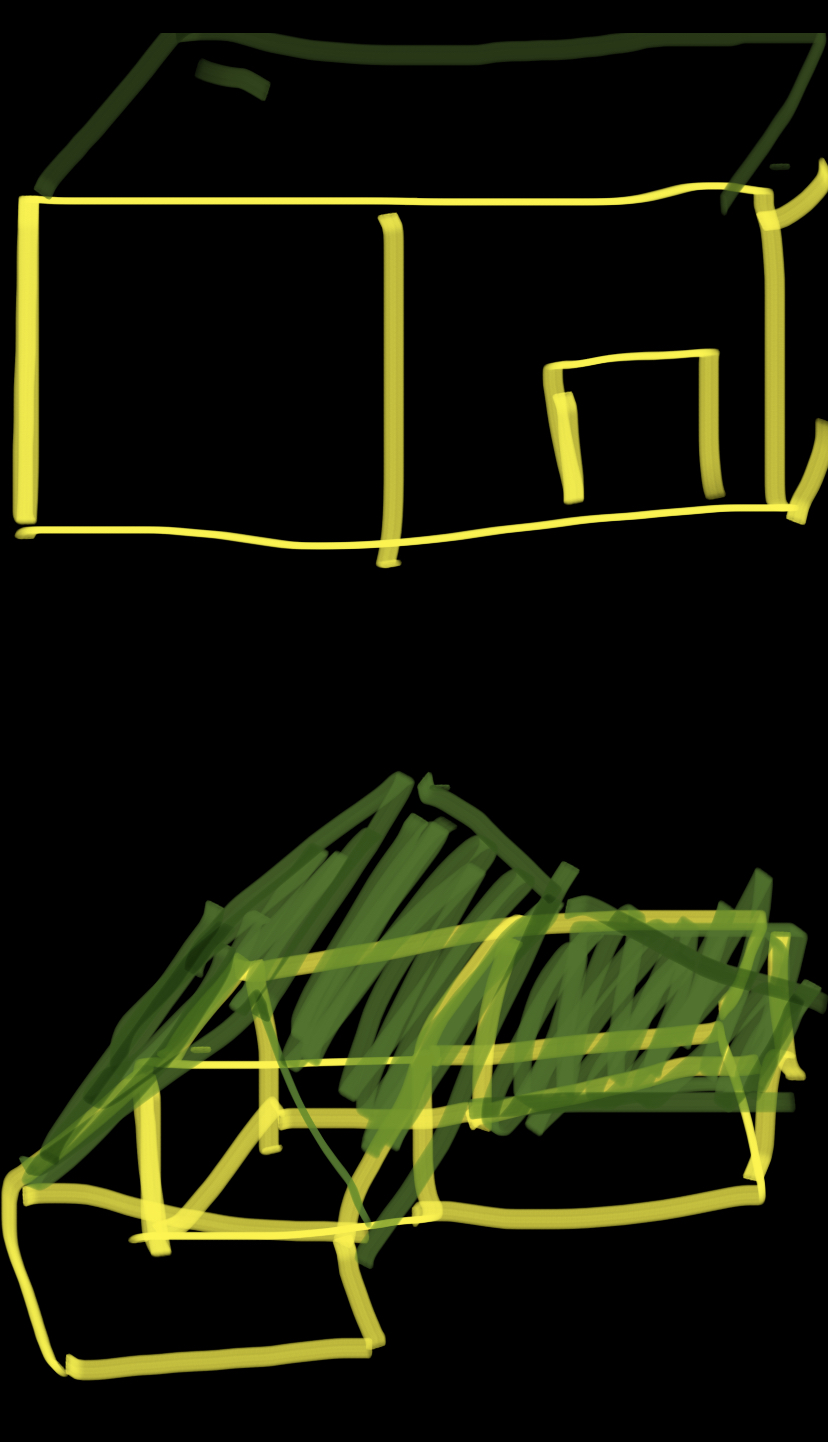 I don’t think We ever get more than a foot of snow even in the most record breaking of storms. Generally a dusting or a four ish inches.

Going to be difficult to add a roof that will hold up to snow load using the kennel as the structure.
C

mowin said:
Going to be difficult to add a roof that will hold up to snow load using the kennel as the structure.
Click to expand...

You’re not wrong. I’m concerned tht the tin itself will be too heavy. The plastic thing doesn’t stay down, but that could be cause snow fell through the plastic last year. I don’t know if it did to be honest, I don’t remember

Depending on your budget, a shed, slant/lean-to roof might be a option.

Looking at the pics again, I'd put a ledger board on the shed as high as you can. Then build your lean-to off of that.

I use landscape fabric, they call it 'saran' in Panama, to provide some shady 'duck and cover' locations for the flock. My birds can see up through the fabric, but aerial predators cannot see down and through it. It's a good spot for my momma hens to take her little ones on a foraging stroll. If your run is going to be large enough to afford both sun and shady spots, you might consider covering a portion of the run with this fabric. It is exceptionally light weight and with some zip ties and a couple of much taller posts in the middle (to form a tent type structure with it, I use 2" PVC pipe), can be installed in a short amount of time. A picture is worth a thousand words: https://www.plastic-netting.org/plastic-mesh/plastic-shade-netting.html