Finally done with our tractors!!!!! PICS!!

Well I came home the other day to the wonderful site of two new chicken tractors! My DH had been busy. He built one compleatly from scratch and the other one he expanded to give my babies more room! I was so impressed I took lots of pictures and wanted to share with all of you.
He just used what we had laying around.

The first one. We built this one together last year but he added bigger wheels and longer handles making it much easier to move! 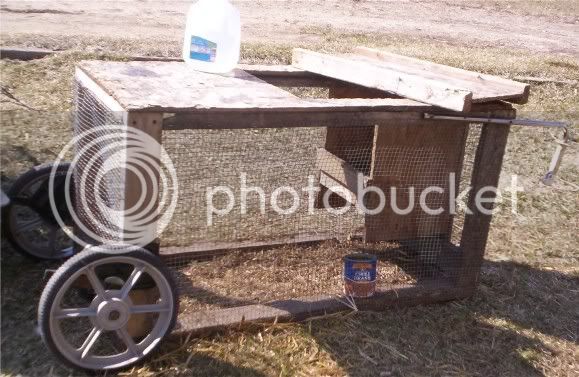 This one is made with a metal crib that was once used in a hospital and later at the daycare I work at. We had used it right side up all winter but wanted to give the chickens a chance to scratch at the ground. Friday Scott added the extra pen it is still easily moved by pulling up the posts. Both sides of the crib slide so we can feed and water from the opposite side of the pen.

This one he made from shovel handles and extra screen and wire we had laying around. He added the dog kennel at one end to give them a night time area. Only problem so far is that they scratch all the straw out of the kennel.

This one can not really be called a tractor. We made it as the Duck house last fall but so far have not had the ducks in there. Right now it is our silky breeding pen. It is very heavy and hard to move but it is also very sturdy and the nicest looking of all the pens. The roof has a shower door that just lifts up to look for eggs. We keep a cat litter box in there so all we have to do is pick it up by the handle to see if there are eggs. We put in a plastic sawhorse for a perch. Buillt in boxes and perch would be nice but at some point I Would still like for it to be a duck house. It has a plexiglass window on the front and a extra board from an old water bed for a overhand. We put shingles on the parts of the roof not covered by the door. 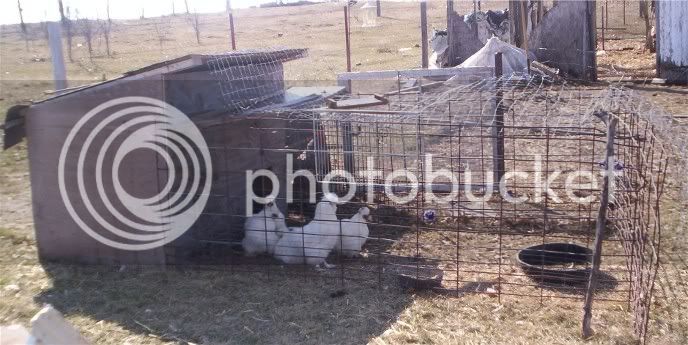 thats a dog crait with a small fence around it for our BR rooster and hen Rocky and Adrianne. We will be making them a new pen today. 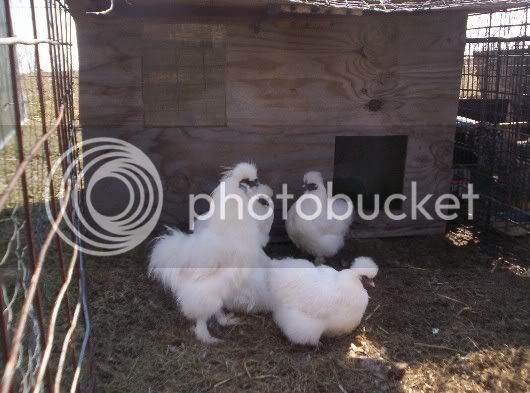 We really like to build things but our yard is starting to look like a zoo! With chickens everywhere!

"You just go down in the morning, and put the chickens in the tractor..."
2 3