Ok, so my first hatch didn't go so well. 4 chicks out of 19 eggs. I think I need a better thermometer to gauge temps. 1 hatched Saturday eve just fine. Had some pips the following morning. 1 finally started to zip but only made it about half way, was able to turn the egg a bit with paperclip through vent hole and I could tell the membrane was dried and stuck to it's back preventing it from rotating to zip out any further. Was able to quickly reach in, grab, unstick the little thing and pop back in. Hatched the rest on it's on, lived a few hours, then died. One other pipped and hatched most of the way on it's own, but large yolk still. Other chicks knocked it out of shell, yolk broke, chick died few hours later. One other did manage to hatch on it's own. Then nothing else was happening at all - no chirping, no eggs moving, nothing. Started opening eggs at large end. Two were shrink wrapped in shell and dead, two I saw some movement, so zipped the shell got the heads out, they eventually made it the rest on their own and are doing fine now. All others appeared to have died a few days ago in shell, lots of fluid in shell and not as big as others. 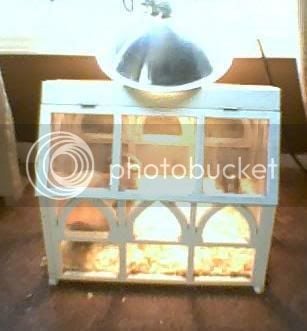 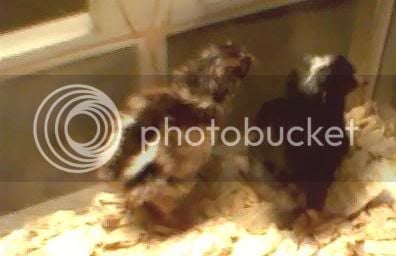 I am so sorry, it really stinks when a hatch goes like that.
It sounds like a humidity problem though, do you know what it was at throughout the incubation time?

Humidity showed about around 42% up until day 18, then I increased it to around 63%. It did start to fluctuate up when some started hatching, into the upper 70's. Live and learn I reckon.

Humidity seems ok, I keep mine between 40-50 first 18. But then again with sticking and dried membranes it seems like too low, so maybe the hygrometer is off? I calibrated all 3 of mine and there was a vast difference in them.

So sorry your hatch didn't do well. Take a step back and evaluate things before you try again. I to have had bad hatches so I know how rough it is. Here's some info that might help with the meters:
Calabrating hydrometer-from Speckledhen.

1. You can calibrate a hydrometer by mixing in a bowl 1/2 cup of salt in 1/4 cup water. Actually a couple TBSP of salt moistened with water is enough.
2.Place bowl inside a zip lock baggie with your hydrometer. After at least 8 hours, your hygrometer should read 75%.
3. If it says, for example 80% you know that it is reading 5% to high and then you can make adjustments in your readings.

To check thermometer accuracy:
Eggseronious wrote: Get a quart of ice and crush it or use a blender make an ice water mix put the thermometer down in about 2 inches and sit for 4-5 minutes should read 32* degrees make sure its a thick slush of ice water.

Thanks for those tips, Farmer Kitty.

Hope it goes better next time. Sometimes you can do everything right it seems and it still just doesn't work out.

So sorry to hear of the troubles. Sounds terribly stressful. At least you got 4 tho.

I feel your pain. My last few hatches have been what I consider disasters. I have my last 6 eggs in now and they are from our own hen and roo...so I have a bit more hope.

I'm going to check my thermometers and hygrometers today for accuracy and get rid of the ones that aren't correct.

Pipped but no progress???

B
May be too late for help….Incubating catastrophe…🤦🤦🤦😳🤷😢