Quote:Thank you azelgin! I've been wondering what they would really look like! He's a pretty boy

Quote:hey I have 12 Silver Laced chicks and I have no idea how to tell the sex.....please tell me!

Quote:hey I have 12 Silver Laced chicks and I have no idea how to tell the sex.....please tell me!

azelgin is referring to the specific GLWxSLW cross which will give GLW female chicks and "dirty SLW split for gold" male chicks.
As for SLW males will have more prominent comb&wattles, sturdier legs and slower feather growth than females. It's tough to tell this early with no experience though... Should be pretty easy to tell at about 4 weeks.

I also have one Rhode Island Red that was smaller and is now much larger?

Quote:So your huge legs, wide deep red V on forehead, with little or no wing feathering yet will be definite roos. your fine legs, narrow slightly red V with the most wing feathering are female. There are probably some that aren't as easy to determine... I suggest banding either those you think are roos or hens to keep an eye on them and see if you're right. Then you'll know better what to look for later

It's all about training the eye

Quote:I would like to add to what kris109uk had to say...

The reason most of the offspring from your light brahma were like him is that more of his genes are dominant genes.

This is to note: I have these two breeds that I have 100% sight-sexed feathering. Hope this may help. Light Brahma and Cochin (of the standard size). This following data is copied from another forum that I post in. I am an observer of my flocks -- light Brahma, Cochins (Blue, black, and splash), gold laced Wyandotte, buff Orpington hens, pullets and a cockeral, along with the crowd...

I have observed very deeply, watching and watching, comparing several different hatches of chicks, these being of the standard size, light Brahma and Cochins, the Cochins being blue, black and splash.

At a very early age, there are clear differences between the cockerals and the pullets, of which I have pictures to show the differences. Look closely and you will see the difference of the breeds with the primary (flight longer)) feathers and tail feathers. Upon maturation to an age where clearly the gender (i.e., wattles and comb) is apparent, these observations have held true. I only have had light Brahma and Cochin for a great comparison. I have noticed, as well though, that these same differences are apparent with the buff Orpingtons that I have incubated and raised. Just some interesting observations that if anyone is interested in looking at, carry forward. These chicks that you see in the pictures were born of the January 31, 2010 incubation. The pictures were taken when the chicks were 11 days old. They are now close to the 7 week old mark, and these clear differences in tailfeathers are still extremely apparent, not so much the wingfeathers now. Enjoy the pictures, the pullets all now have very heavy longer feathering on the tails, on both breeds, much more clearly defined than the cockerals. The cockerels still seem to be that shorter, fluffier look to their tailfeathers.

This is the blue Cochin cockeral, take note of the short wing feathers and very small tailfeathers 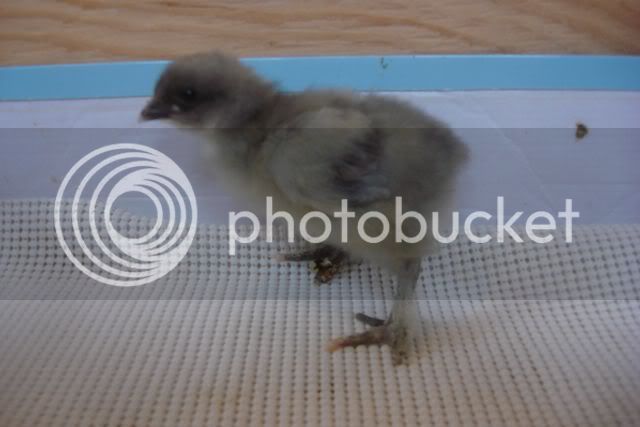 This is the blue Cochin pullet, notice the longer wingfeathers and the bigger tailfeathers 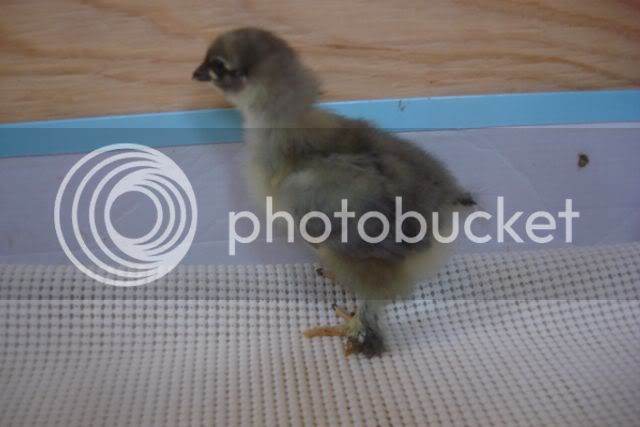 This is a splash Cochin cockeral, I had a high number of splash in this hatch, note again, the shorter wing and tail feathers 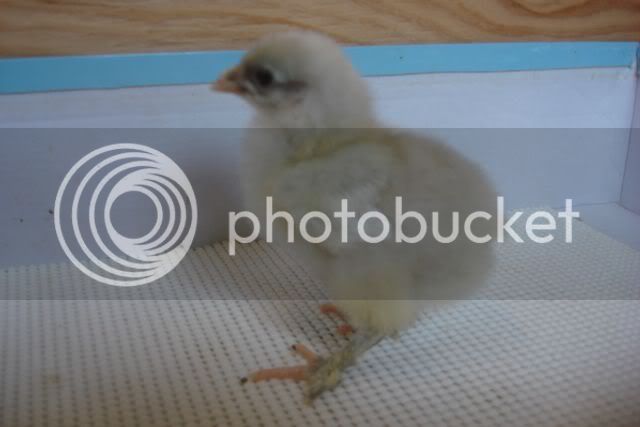 Another shot of a splash Cochin cockeral 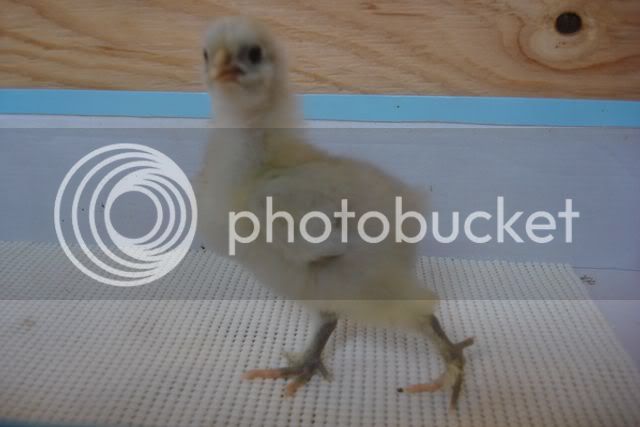 This is a shot of the splash Cochin pullet, notice feathers 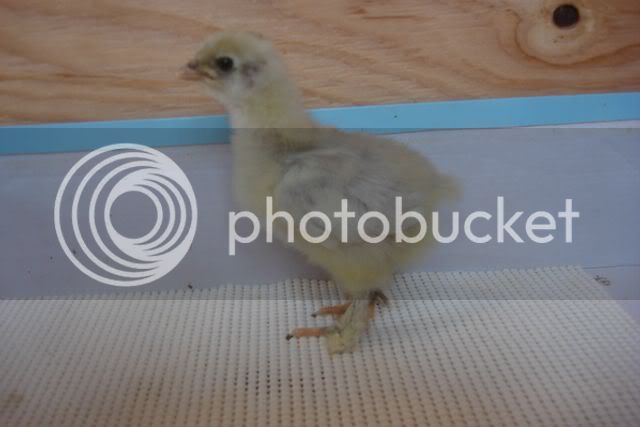 This is a different splash Cochin pullet, notice feathers, particularly noticeable on this gal is the long flight feathers 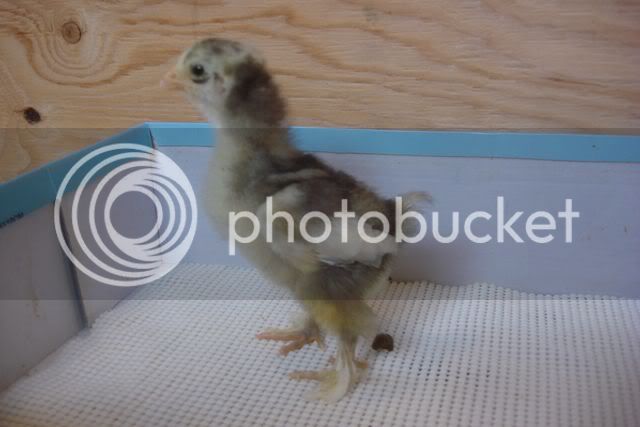 Now on to the light Brahmas, very, very noticeable with this breed, meaning the differences, consistently visible with all sexes of this breed 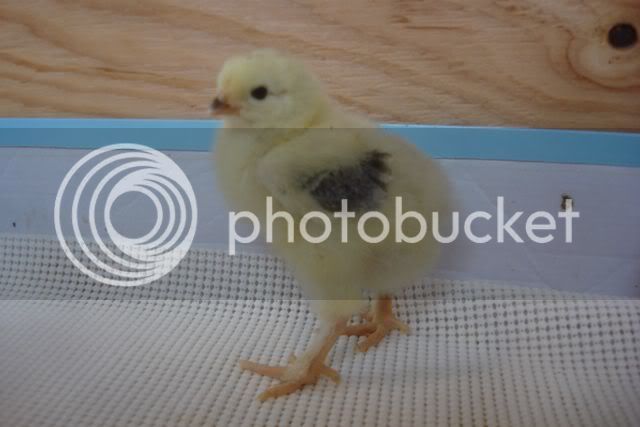 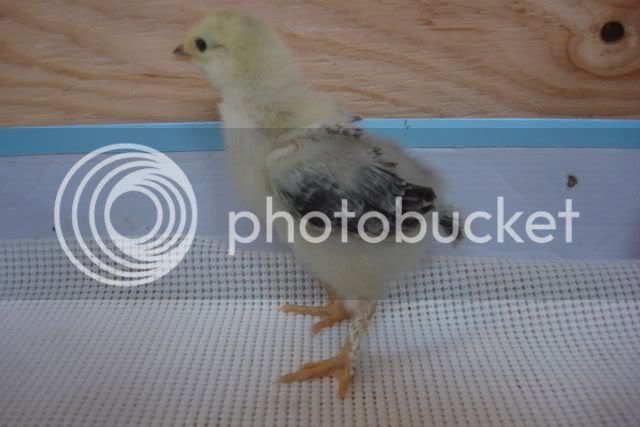 Just a cool shot of the group when they were moved from their brooding box to the growing area, there was 50 the 73 that hatched out in this batch of youngsters 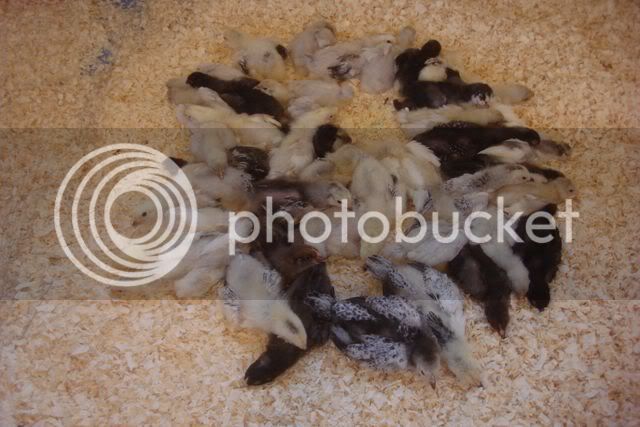 Just some observations from a gal that spends too much time observing chicks, smiling.

Love all the photos! Beautiful!

Thank yo so much for the pictures on this post. I am searching for information on a light brahma chick I have that is really far behind in feathing out. I do not have another brahma to compare "her" to. I got "her' sexed from MPC, and I know there is a 10% chance to get a roo. It is 10 days since they hatched and all my other chicks have wing feathers. The light brahma...nothing...just chick fuzz. I will try to post an updated picture, but this is "her" at 1 week: I named her Cupid...and Cupid is actually a boy...maybe I jinxed this?

PS- Are Light Brahmas nice roos? I am zoned to have a roo, just was trying to be polite to my neighbors. S/he is the most sweet mellow chick and likes to sleep isolated from the flock...is that a bad sign?
Last edited: Apr 22, 2010

thanks for posting the pics cynthiaM, I am new and had several chicks to choose from and was lost before finding this page. I decided to keep a SLW and an EE based on their advanced wing and tail feather development @2 weeks or lack thereof by their hatchmates.

here is a pic of the SLW which I am hoping is female at just over 1 week.