Good plants to trellis vertically up your run fence for shade

What are some good (preferably edible) plants people use to trellis up their run enclosure? I want something that can provide some shade in the summer.

I have four fence panels on my run and am doing this to give shade in summer.

I've planted a loganberry on the first, a banana passionfruit on the second. The chooks love eating the passionfruit leaves though so had to put a wire screen down low.

The last two panels aren't done yet but I think I'm going to put a thornless blackberry on one and on the last panel that buts up to the neighbours fence I'm going to grow blueberries in front of it. We are a warm area so only the tall varieties will fruit here which should give one total shade panel up against the fence.

The blackberry and loganberry both will get partially cut back to the ground each year which should allow light in during winter.
Last edited: Sep 13, 2013

We really like the grape vines we have trellising up and over our run and coop. It makes all the difference in keeping the chickens alive in our extremely hot climate. We trim them back every fall after the first frost. The chickens love eating the leaves and everyone loves eating the grapes. Here are some old pictures, the vines are much more extensive in the summer now.

Run in spring before vines grow: 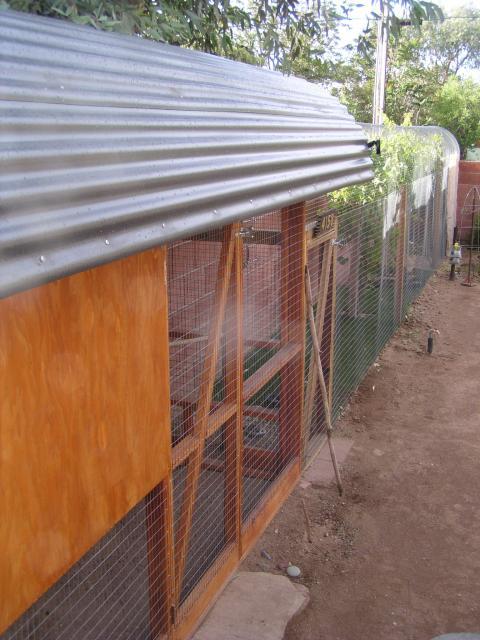 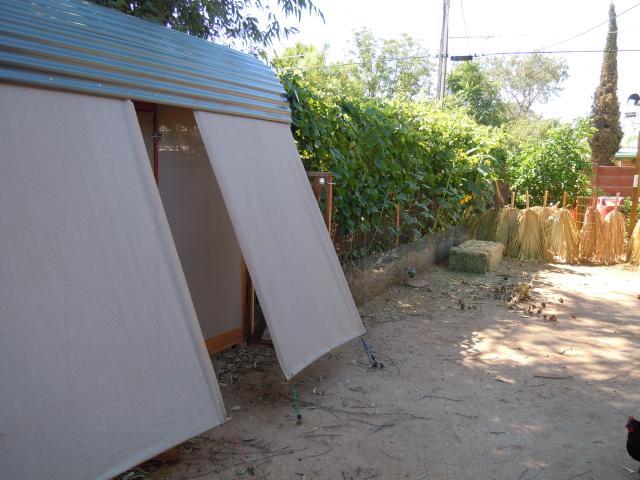 I'm starting grapes on mine

If you want shade and a good sweet smell an pretty honeysuckle it a great choice as well i have it to provide hawk guard on my fences.

Apart from edibles for us (like grapes and kiwi), I'm considering things that trap/attract unwanted garden pests. Like Rose of Sharon is a Japanese Beetle trap. Give the Rose of Sharon a shake each morning and the beetles will drop into the run for Execution by Chicken.

What pretty border plants can I plant over the HC apron?
2 3

A
Advice needed for a chicken yard build