Guys, I messed up. I thought it would be fun to get an assortment but almost five weeks I still don’t know what breeds I have. It’s driving me crazy.

Hey all!
So, I’m a first time chicken owner and I thought it would be super fun to get a variety of chickens and see what breeds I liked best. So I went with a rare breed assortment from Meyers hatchery. I’ve scoured these forums for weeks and I’m still having trouble identifying a few of my chicks. I’d appreciate any help you guys can provide. The chicks have a hatch date of May 11th and they’re supposedly “rare breeds” and I did get a free meal maker chick which I assume could be anything. They’re all supposed to be pullets.

The first chick in question is this gray one. I’m also starting to suspect that she might be a cockerel instead of a pullet. Her comb is larger and looks like it’s starting to redden. I was thinking she is maybe some sort of Marans? I have two chicks I’ve identified as Blue Andalusian Chicks and this one definitely looks different and is less talkative than the two blues are. 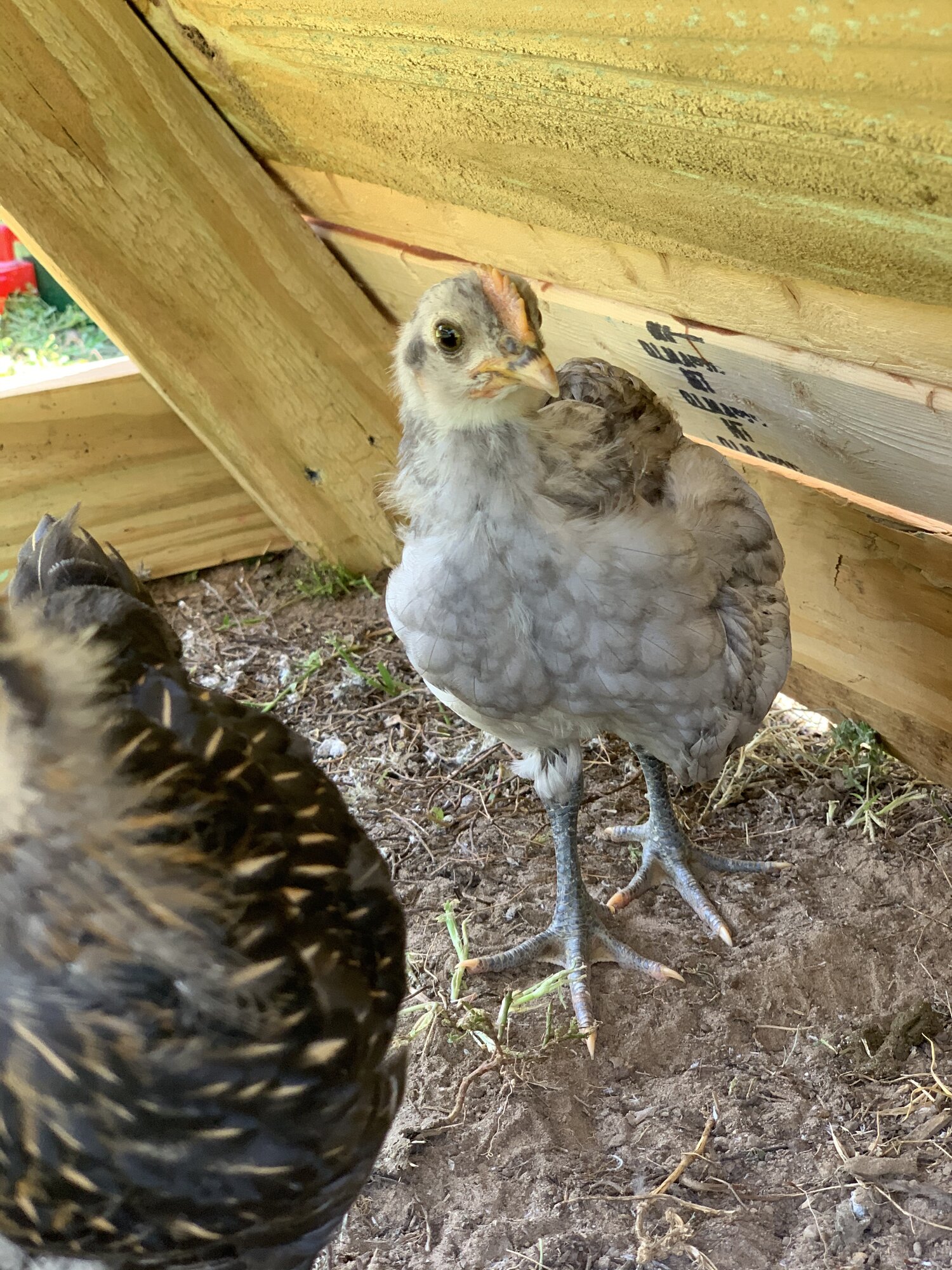 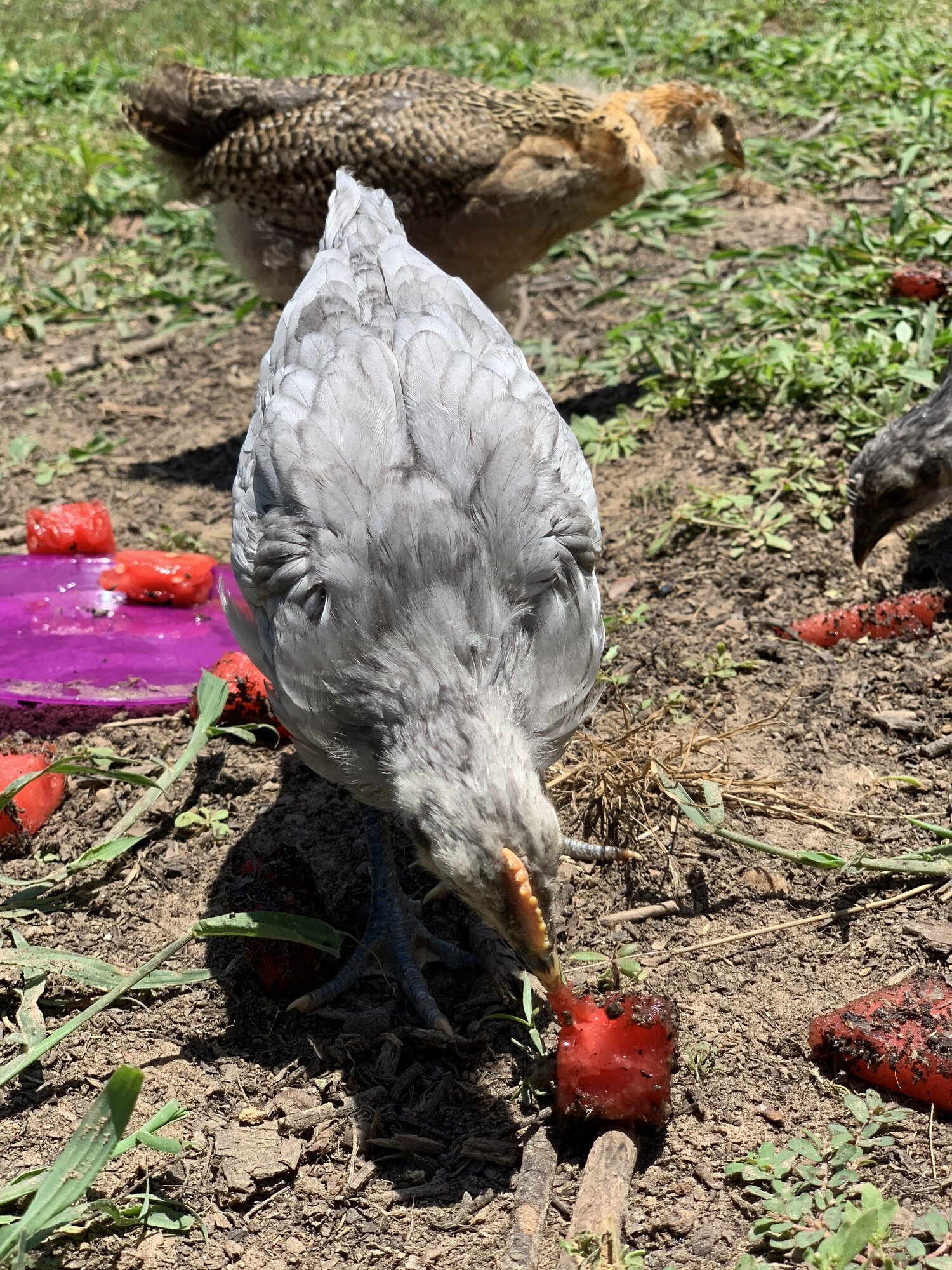 The next chick looks like the one above but is splash instead of gray and has a smaller comb. Marans? Splash Andalusion? Something else? An egger? 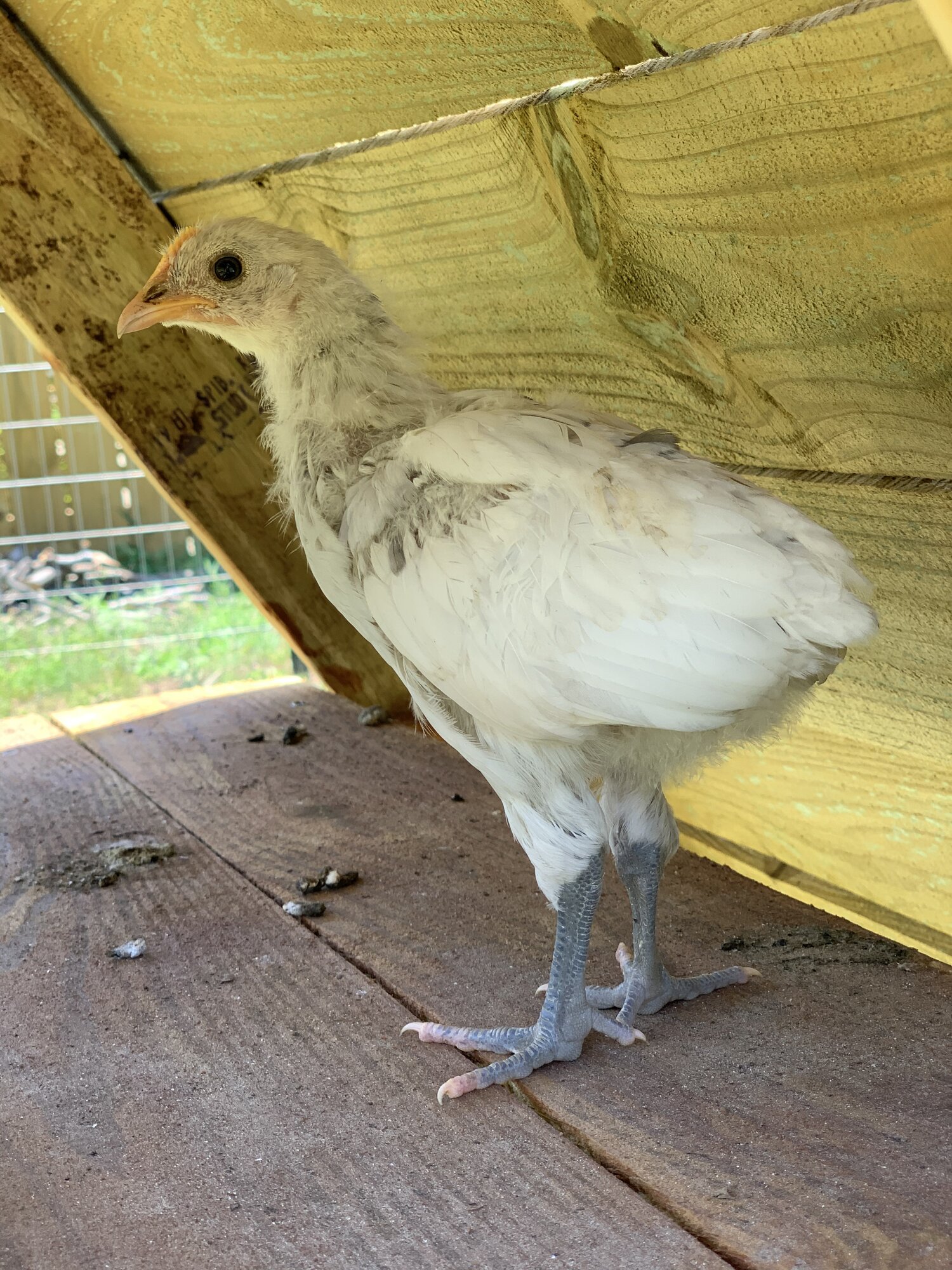 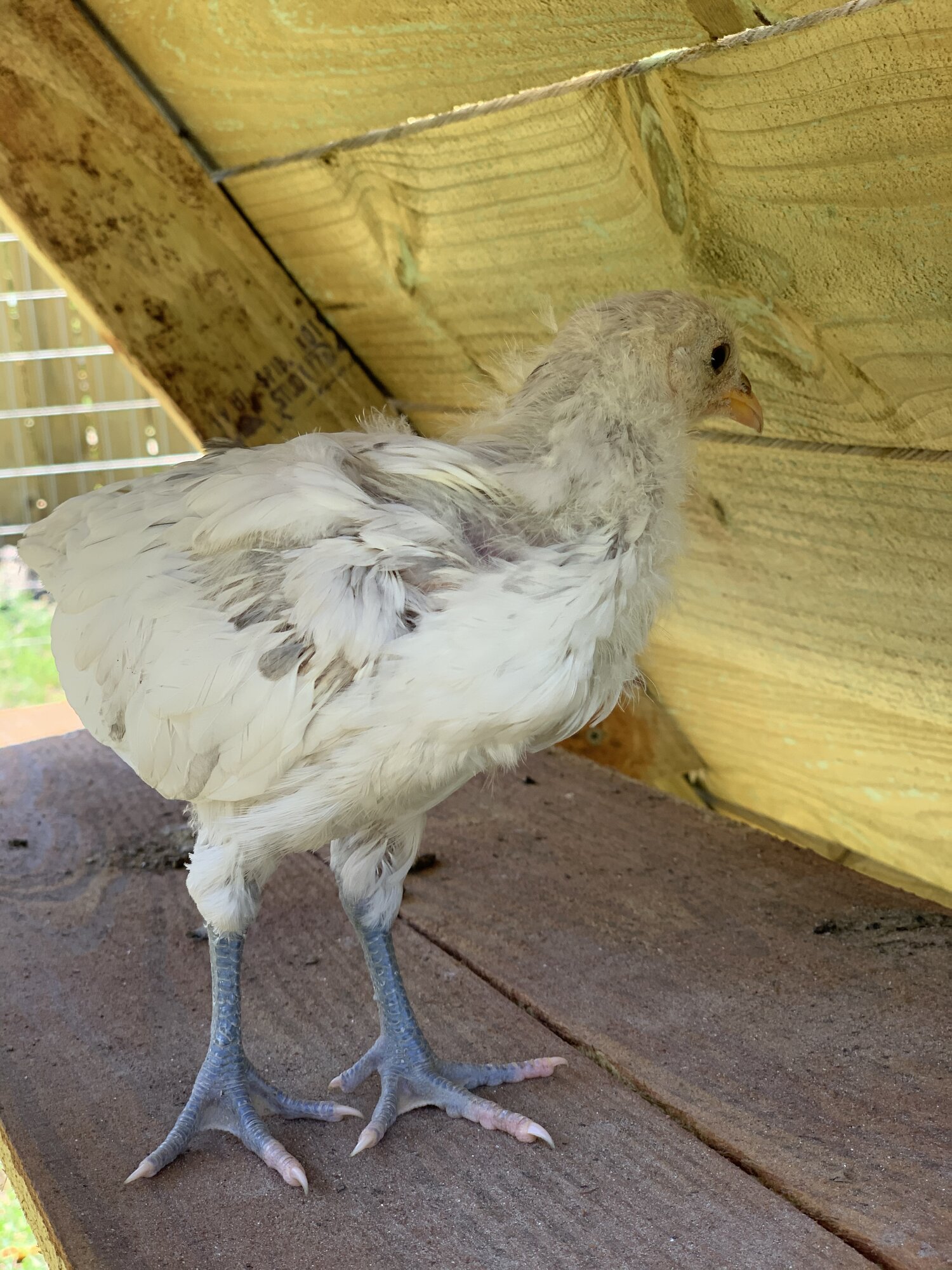 The third chick looks a lot like the Blue Andalusians but is quieter and has slightly different coloring. Another Anadalusian? 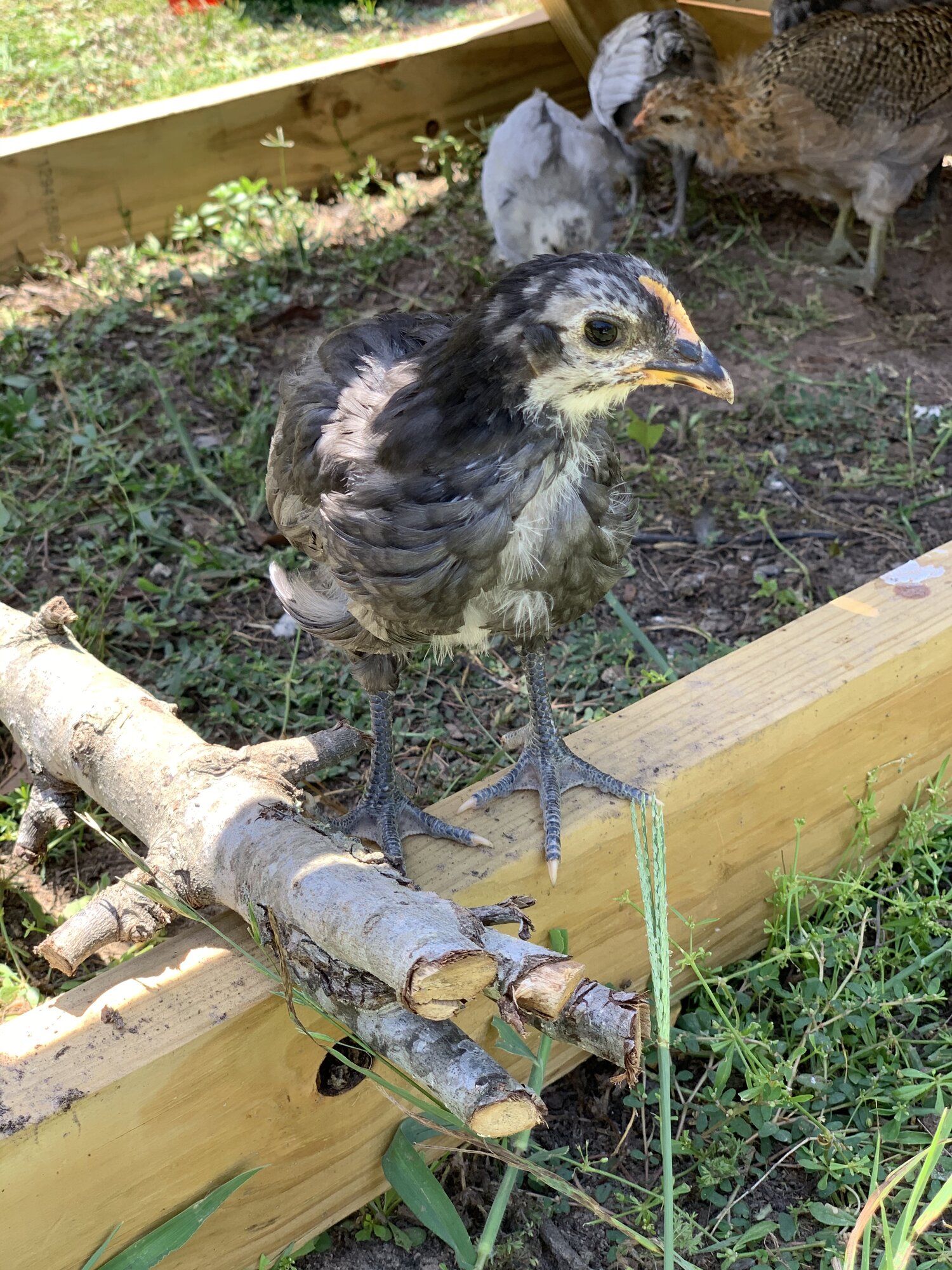 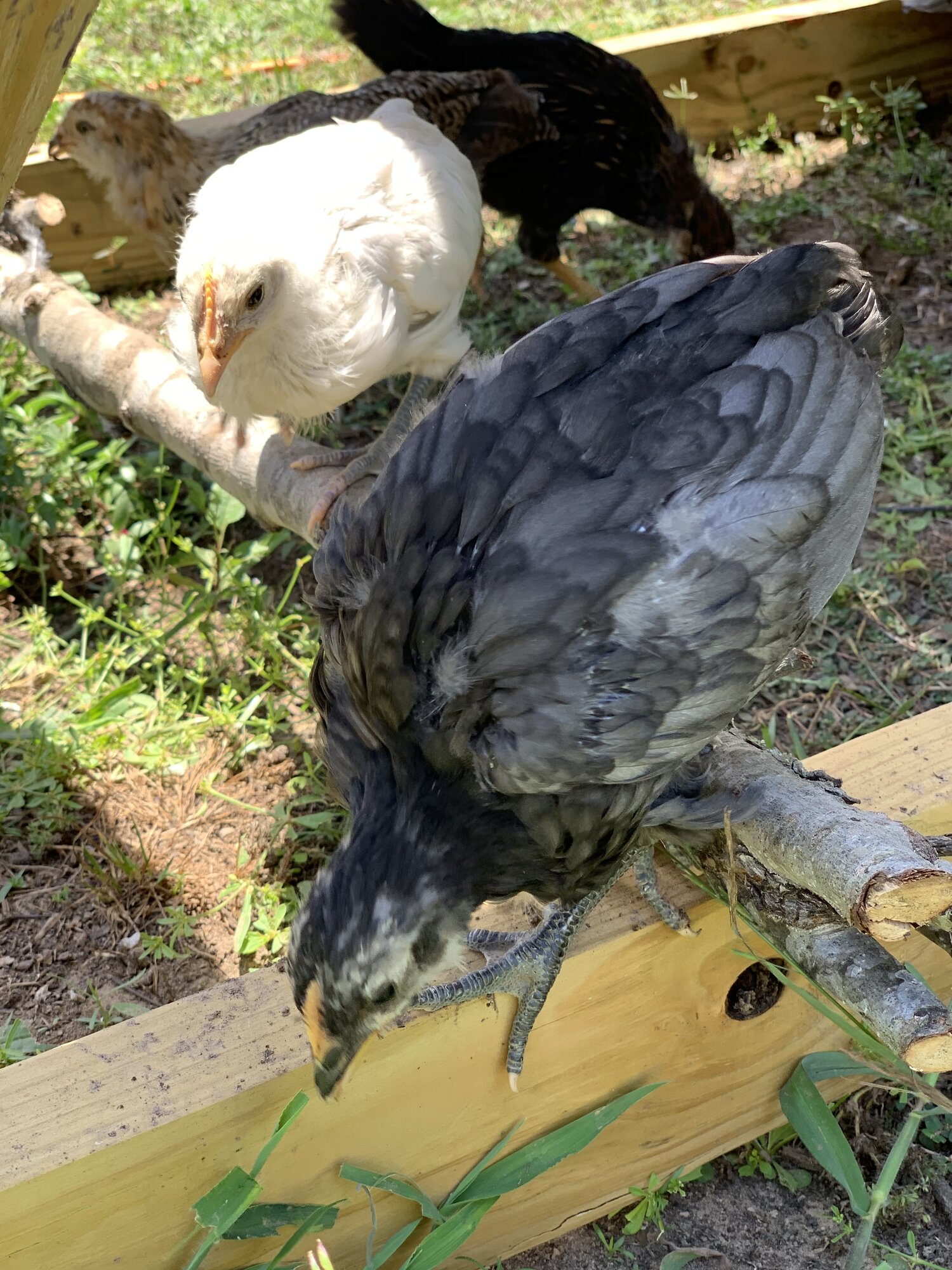 I’m wondering if Meyers sent me almost all Blue/Black/Splash Andalusians in a chick rare breed assortment which is definitely not what I intended. I also ordered an Easter egger and they did send what I think is a Barnevelder in the assortment of 5 + the meal maker.
The Barnvelder. 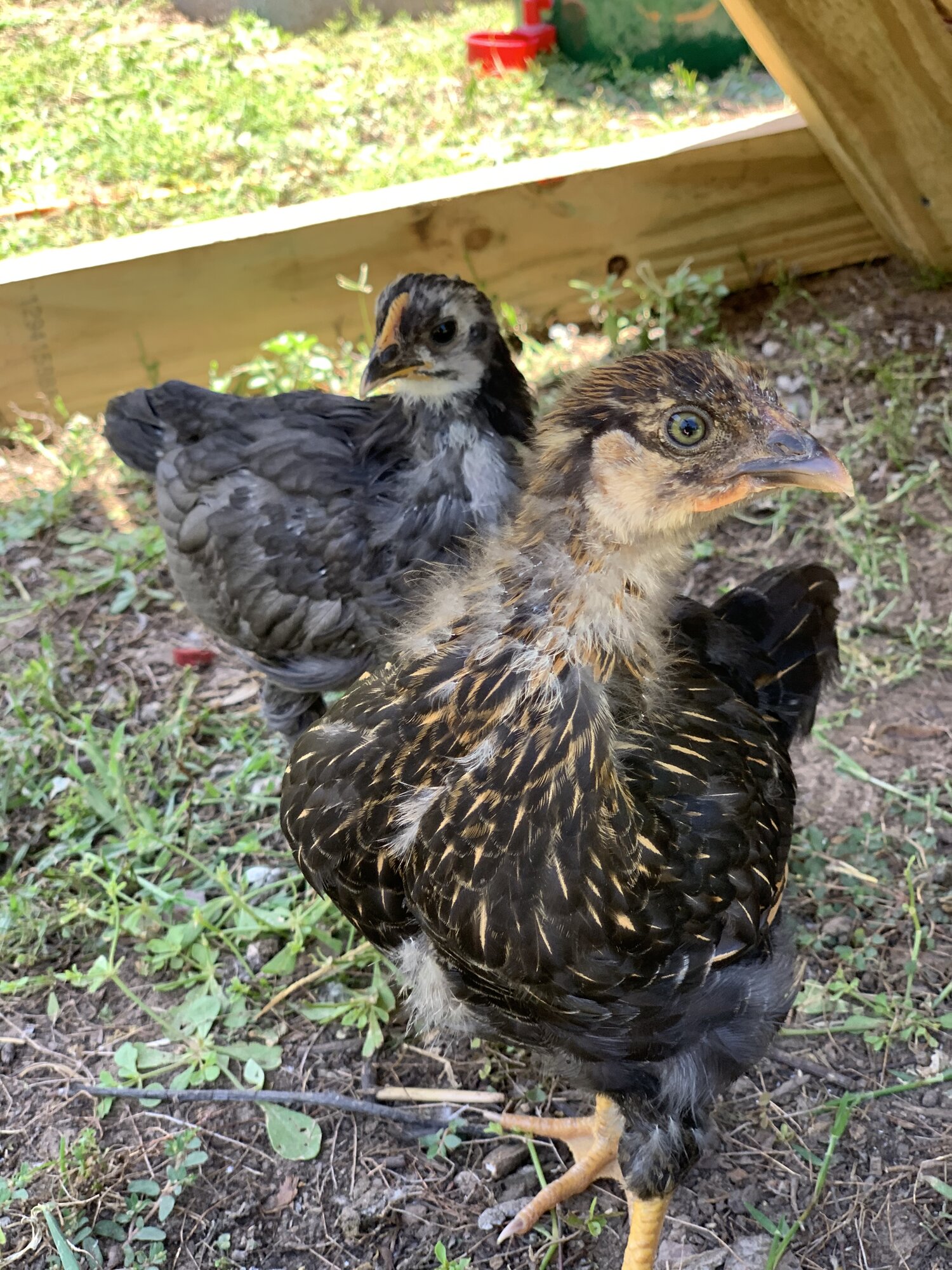 Meyers description of the rare breeds.

Any ideas? Or do I just need to be patient and wait until they’re grown?

Chicken no. 1 looks to be a Lavender Orpington. And a probable boy.
I haven't a clue about the rest.
T

OneHappyRooster said:
Chicken no. 1 looks to be a Lavender Orpington. And a probable boy.
I haven't a clue about the rest.
Click to expand...

Oh, I hadn’t considered Orpington to be an option! I’m not quite sure why. They do have blue, black, splash and lavender at Meyers. I think he looks a bit more blue than lavender though maybe. My son will be super happy that we have a boy.

the gray one looks like my gray olive egger. it could also be a sapphire gem

I wonder what your olive egger cross is, mine is black with the pea comb , Americana / Maran mix
3

Since you know some of the breed names, you might want to look at www.feathersite.com. Lots of pictures of all ages for each breed.

esme13 said:
I wonder what your olive egger cross is, mine is black with the pea comb , Americana / Maran mix
Click to expand...

My olive egger is a Cuckoo Maran and an Easter Egger, so basically the same as yours

Chick number one looks like a Lavender Orpington to me, number two looks a lot like my Sapphire Splash, not sure on number three, but number four looks like a Golden Laced Wyandotte to me.

Doesn't look like a GLW to me.
I might be wrong. But his feathers don't look very 'laced'.

Who is this mystery chick with feathered feet?
2

Help! Trying to identify breeds from an assortment.
2

C
Review of my experience with Meyer Hatchery
2 3 4