Has anyone else had this problem -- really large eggs due to protein?

So, I put my hen and the bigger breed of chicks in with here about 2 months ago. I had them all eating the chick feed which was commercial brand, but offered commercial brand oyster shells to the hen separately from the feed -- as the chicks had no interest in it. Now, over time I noticed the eggs started to get only slightly larger, but she is a year old now so I am assuming she is no longer laying pullet eggs, but hen eggs. She has been egg bound 2 times in the past week. First time she had an ever so slightly larger egg, followed by a second egg that she also laid (at the same time) which was rather large and soft shelled, even though she had/has full 100% access to her oyster shells. So in response to what I read about and what to do for soft shelled eggs, I sprinkled some more calcium on her food. Well, it took care of the soft shell problem. However, the next egg was about two times the size bigger then the egg that I thought was already abnormal size for her. I kid you not, it was so large it was almost 1/4th the size of the chicken or the size of an extra large egg that you get from the store. Which would be fine for other chickens I am sure that are large in size. However the extra large egg was from a 3 pound (if that) Silkie, who normally lays about a 1 inch or so egg. This egg was so large it cracked on the way out and started leaking all over the place. Has anyone else ran into this issue if they give their chickens chick starter feed until you can switch the chicks to layers feed? As of right now I am actually feeding her separately since the chicks can fly and she can not. So I put the chick's food higher up and then I feed her 3-4 times (or more depending if she goes to the place where her food bowl normally is) separately (I put non glass mirrors in there so she thinks she is eating with other silkies lol) her layers feed which is also commercial brand. Also on a side note she is getting plenty of exercise, good amounts of vitamin D3 and whatever vitamins are in the layers feed plus her treats of mealworms and organic veggies. She has 3 nesting boxes to choose from which she currently is the only laying chicken and always make her favorite box open to her when she wants it. I also close the box when she is in it so the chicks don't disturb her, so there shouldn't be any reason as to hold on to her egg as she has had no problem up to this point, other then the past 2 times this week.

This makes me wonder about one of my hens. She has laid huge eggs since she started laying 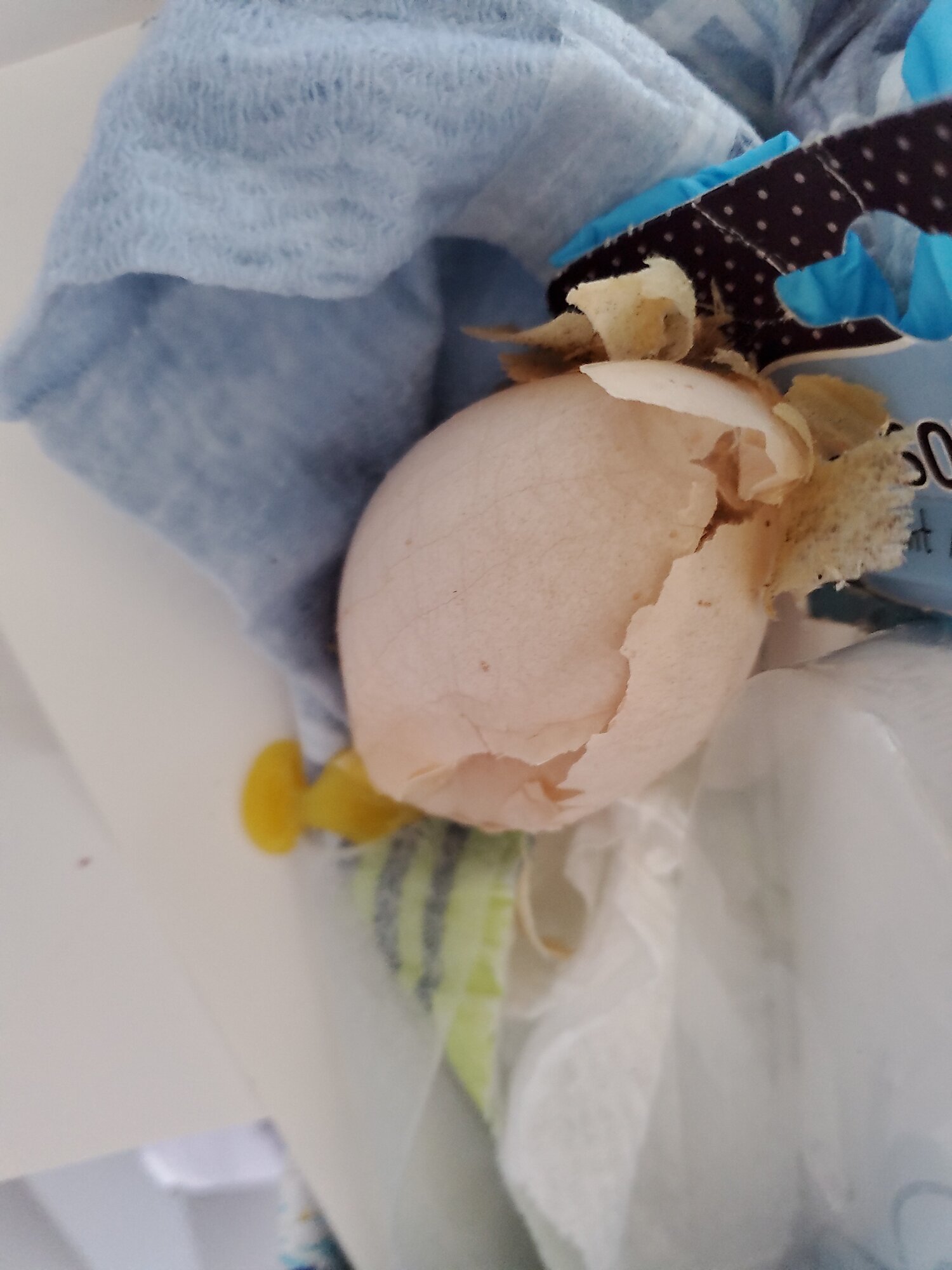 that is the egg she popped out which the shell when I felt it (obviously having to take it out of the nesting box felt hard but something crushed it slight in the garbage can but it crunched not shattered like a shell that didn't have enough calcium but like the other eggs she has always had when picked up) but obviously like I said when you look at the Silkie I have soaking wet... this egg almost was 1/4 of her, and she still has her oyster shells, and her green veggies if she wishes to eat them. Took 2 bathes (after waiting 1 hour and nothing) then the second warm bath plus lubing her vent with unrefined organic coconut oil and putting her in her favorite dark nesting box the second time for an hour before she managed to lay it and boy was she one happy chicken after that she hopped out of the box and ran to the food bowl happily clucking then afterwords when back to scratching the ground and hanging with her buddies
Last edited: Jun 8, 2020
A

Ever figure this one out? I have a silkie and the last 2 eggs have been larger then a grocery store extra large egg... she looks happy and healthy but i am worried about her. All double yolks and good shells but huge compared to her.