Have chick with curled toes. How to make boot/splint ASAP?

This is my first time hatching and my boyfriend's dad is on vacation and I don't know how to make a boot. I had to hatch this chick out by hand. It made the smallest crack and kept rocking in the shell for over 15+ hours till I finally decided to hatch it since I didn't want it to die during the night like another one did. My boyfriend and me got tape around the each of the big toes which straighten them but we don't know how to take it so it keeps it feet flat. She has the toes pointed downward like she is trying to grip but now she can't curl them but she still can't walk. What would be a good way to make a boot and how long should I keep it on her? She just turned 4 days today. I didn't know about curled toes and thought she was just weak. I became attached to the chick and don't want to put her down. She sleeps all the time and isn't eating as much as she should. I have food all around her and have her on paper towels. I make sure she gets water by sticking her beak in the bowl and she tilts her head back but will bite at my finger in the bowl to get a drink also. She poops about twice a day and I know that isn't much. I think if she walked she would want to eat more. She peaks at the food but falls asleep during the peaking. Is there anything to use with the tape to help? I don't want to hurt her and last night it freaked her out a lot when we were putting tape on her toes. Need help ASAP so her toes don't become stay the way they are. They already didn't want to straighten out as good last night.

Cut a small piece of cardboard. Set the chicks feet flat on it and straighten out the toes. Tape them into place. I have one from my last hatch that I had to help too and it has curly toes.

Should I leave the tape around the toes that I already have on and then tape them to the cardboard or take the tape off?

Take it off. Put his feet flat against the card board and tape it but don't cut off his circulation in his toes.

Thank you for your responses. I'll try the cardboard. Been worrying to death over what to do. If she doesn't stand up still should I worry or will I have to wait a couple of days and then take the cardboard off and see how she does?

Leave it on several days if you can. Then have a look. They should be much better.

Even if she has curled toes she should still be able to get around. You wouldn't be able to "show" your bird, but she would be able to run and perch. 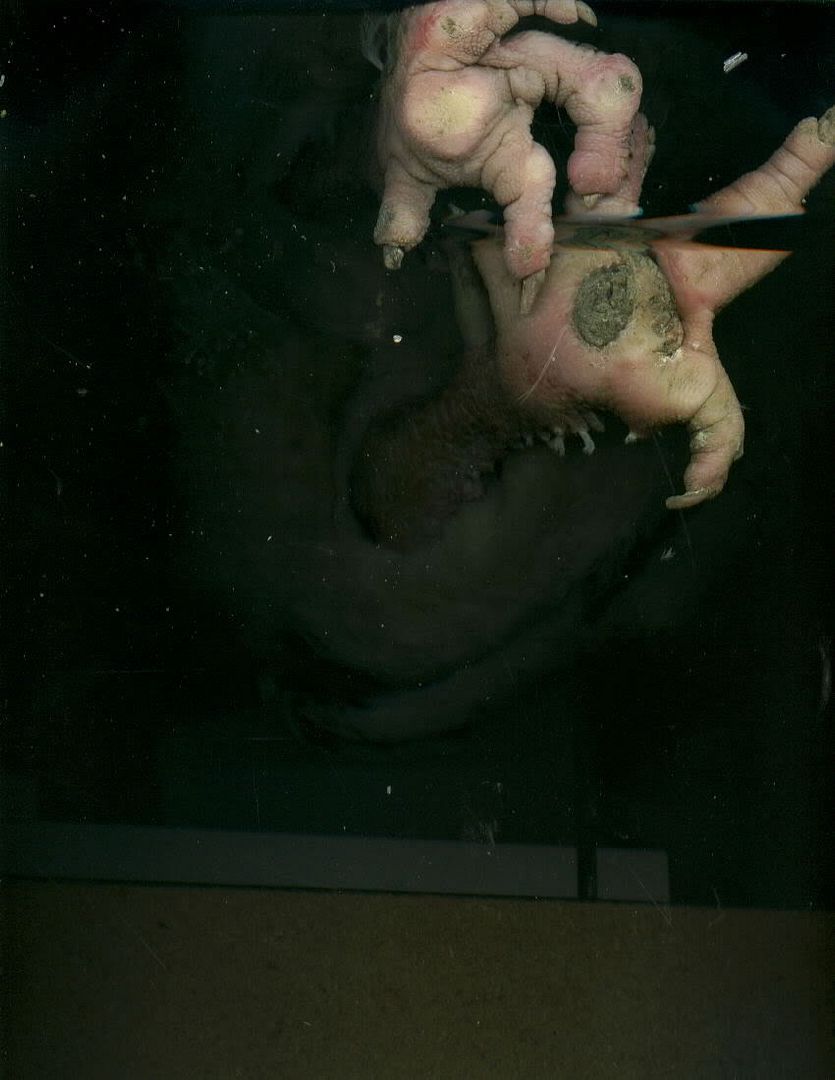 My boyfriend's dad came back and we spread the toes and put tape on the bottom and on the top and then he taped a string from one foot to the other and it was standing for the first time. I'm going to keep it away from the other chicks though since they started peaking the tape and tripping the bird up by pulling on it. We tried to hook the string around the legs but it didn't work to good and even with me having small fingers and hands had a hard time trying to tie it. Going to keep a closer eye on it. Been watching it like a hawk. We tried the cardboard but it kept getting its feet out of it. Thank God he didn't come in and say it needed put down. Had me worrying at first.

Those are Slifer the Sky Dragon's feet...
The only thing she couldn't do was perch. She could walk, run and try and spur you.

Crooked Toes, Am I Doing This Right?