Hey guys! Anyone want to take a guess at whether I have any pullets in this bunch? I think most of these are roos but would like a second opinion before they go to my rooster lady.. lol

I apologize for not the greatest pictures, I’m sick and just took a couple quick pics while feeding them tonight.

1. Here are two Black copper Marans (in the centre ish of the picture). The one in front is a roo but could the one behind him possibly be a pullet? 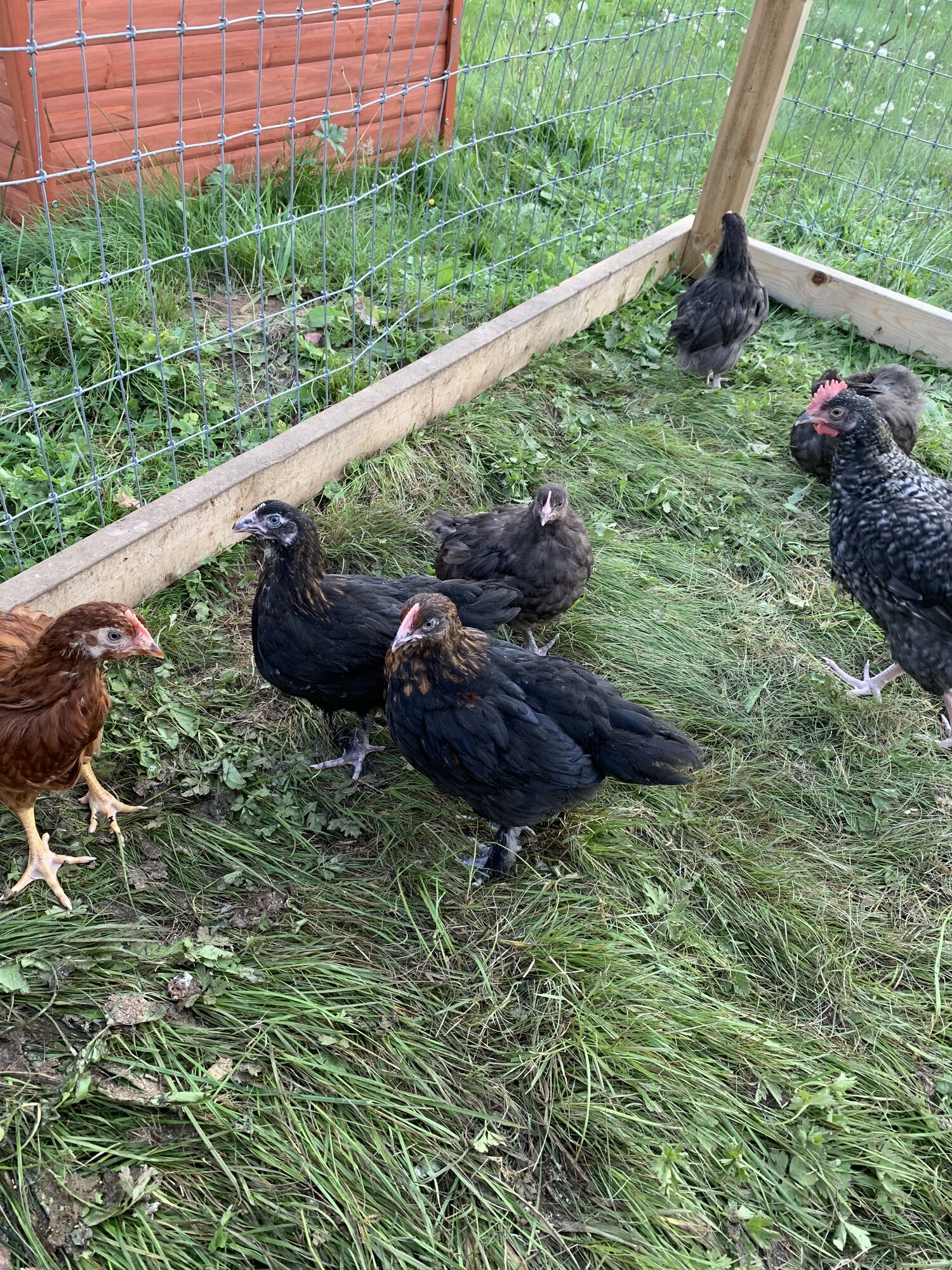 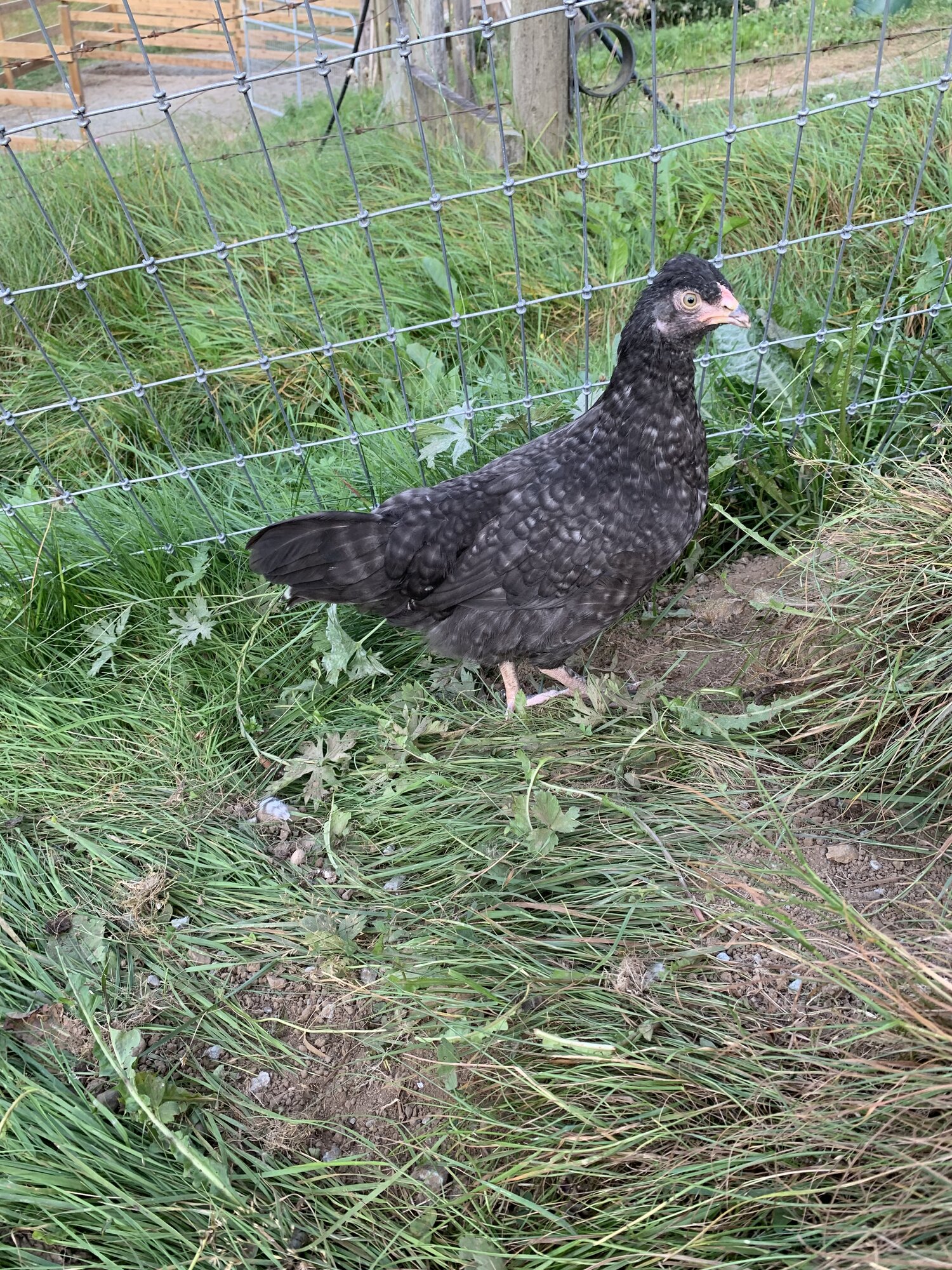 3. These are Ameraucana and Orpington teenagers. 2 blue, 2 black and 2 splash Ameraucanas. I think both blue and one black might be boys but I’m sure how early you can tell with them? 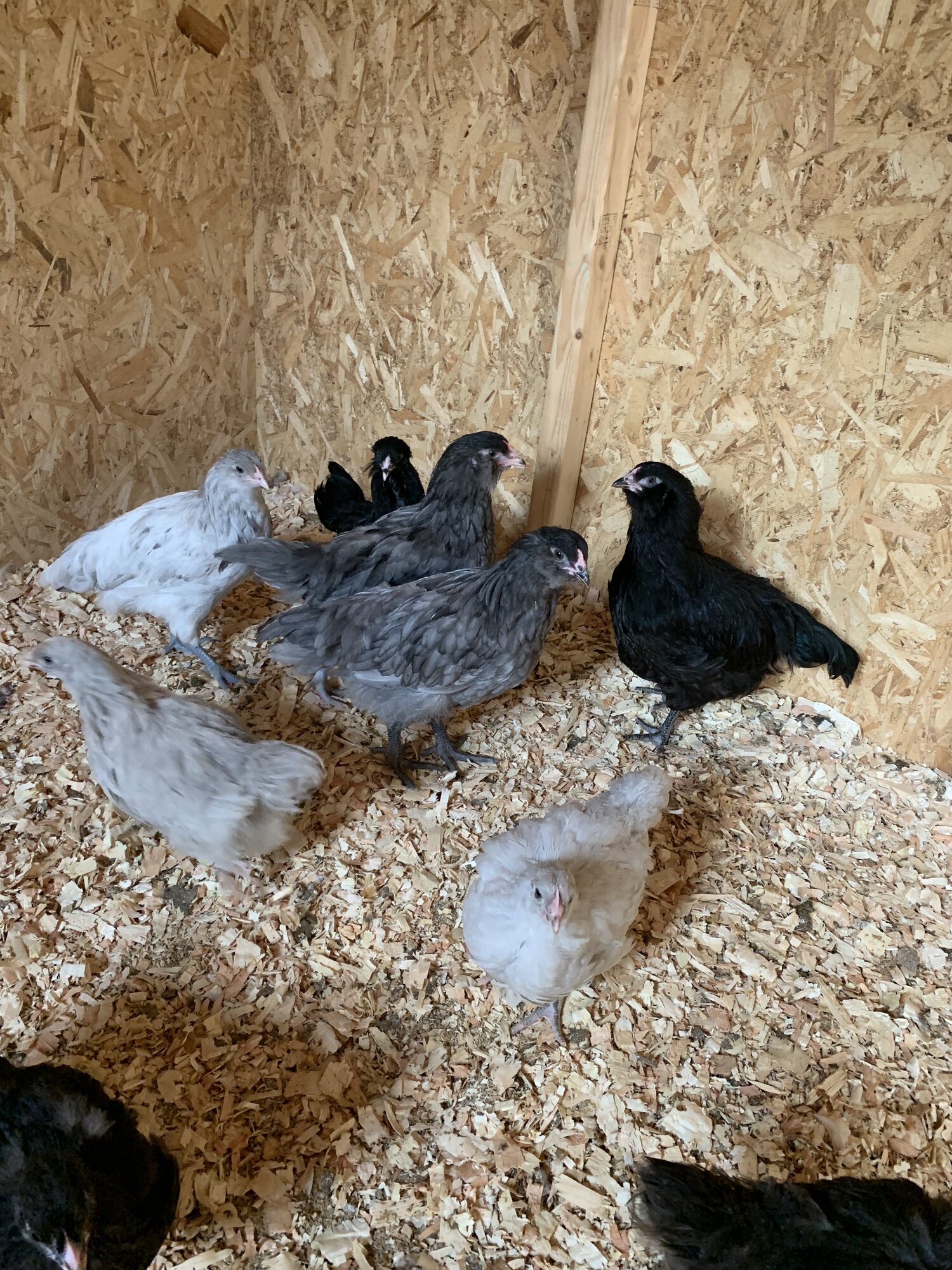 4. The boy in the middle is my isabel cuckoo Orpington roo, was trying to get a decent view of the Ameraucanas behind him I think could be boys. 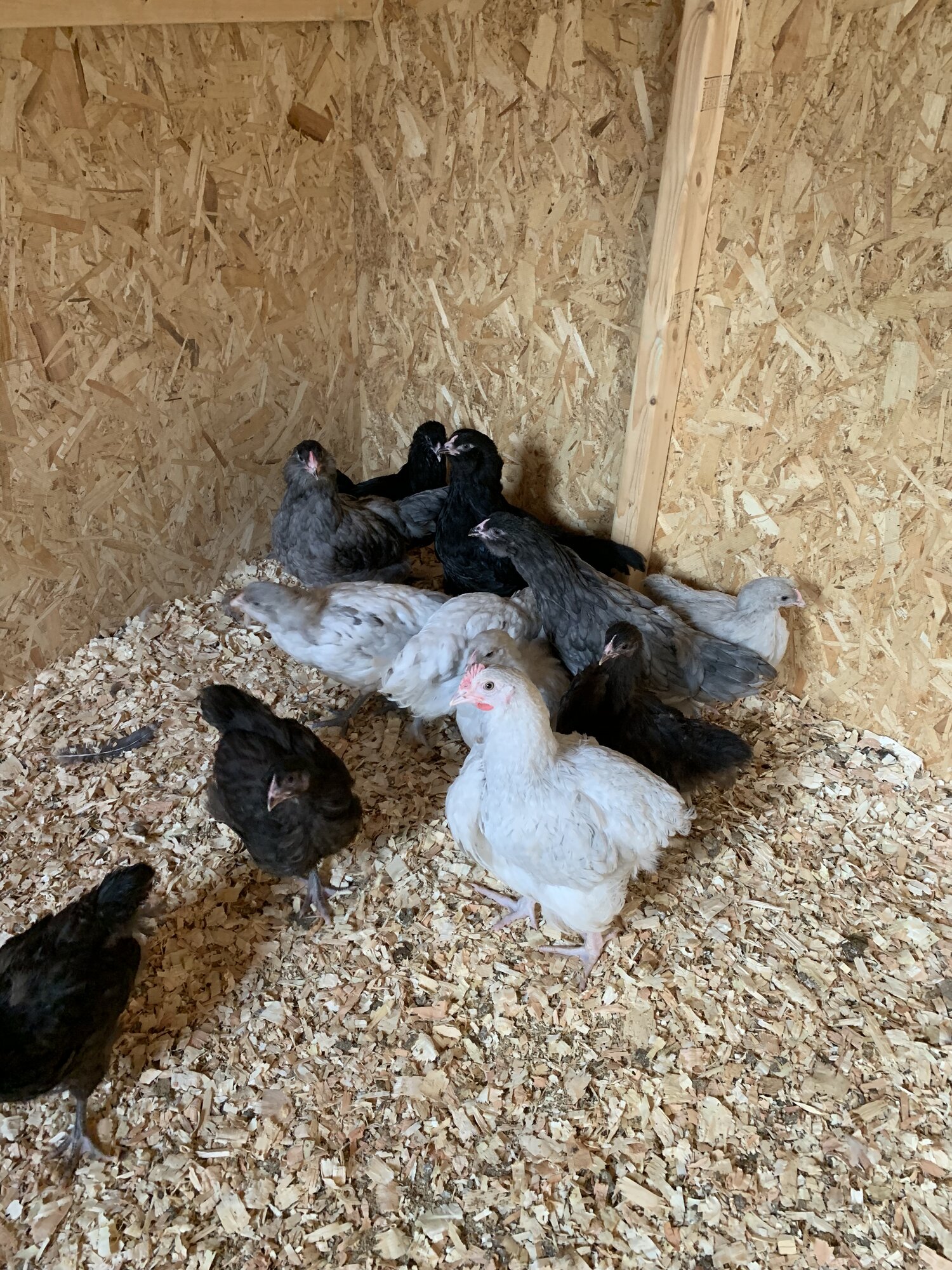 5. OE Pullet on the right (I think) and the left is the same OE as above. 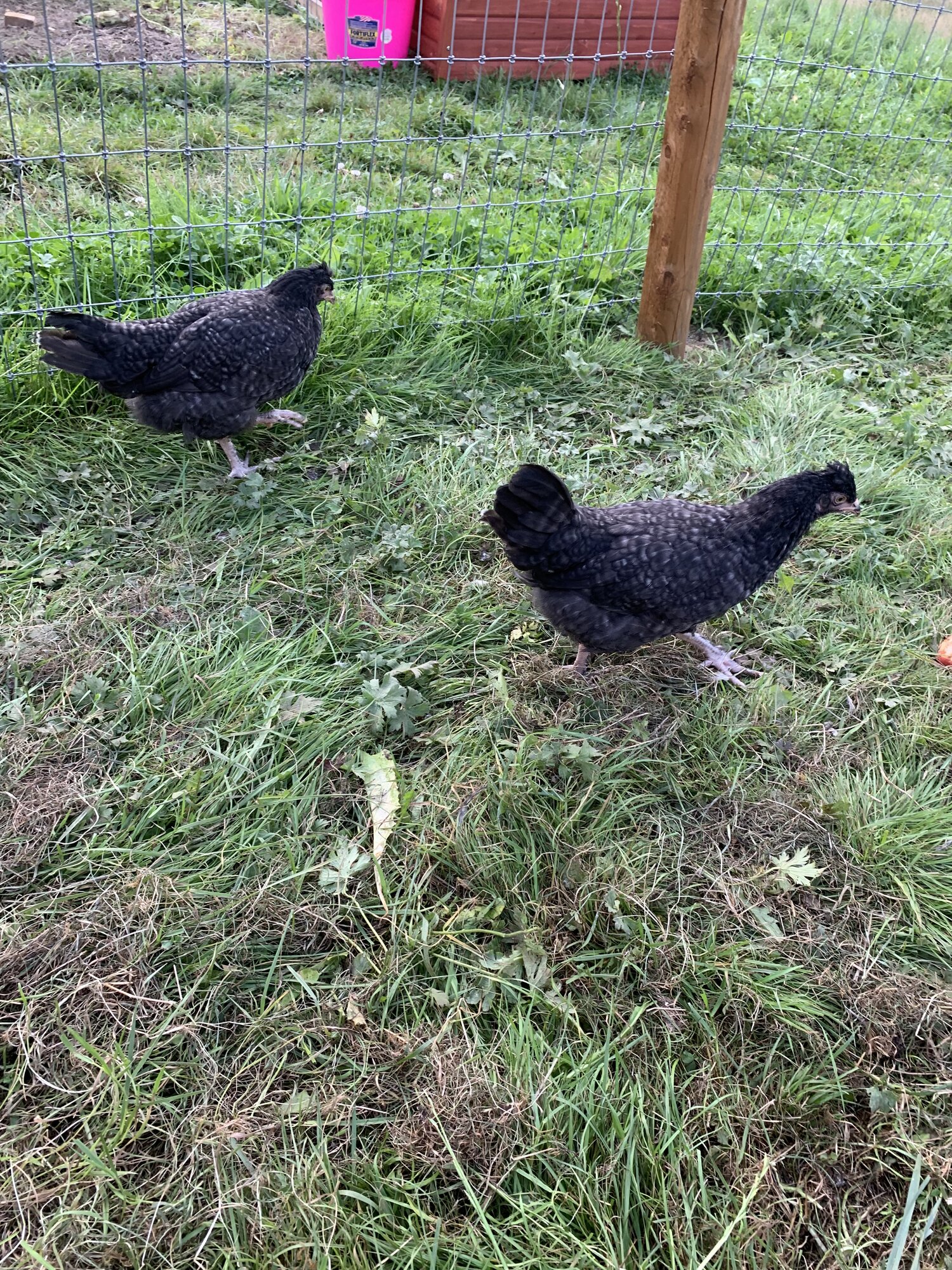 6. I bought 4 RIR chicks.. I think they all ended up being boys

is there any chance the girls develop early? Haha.. there is one not pictured that is probably the most rooster ish looking of the bunch, had a very red comb so I’m confident it’s a boy. 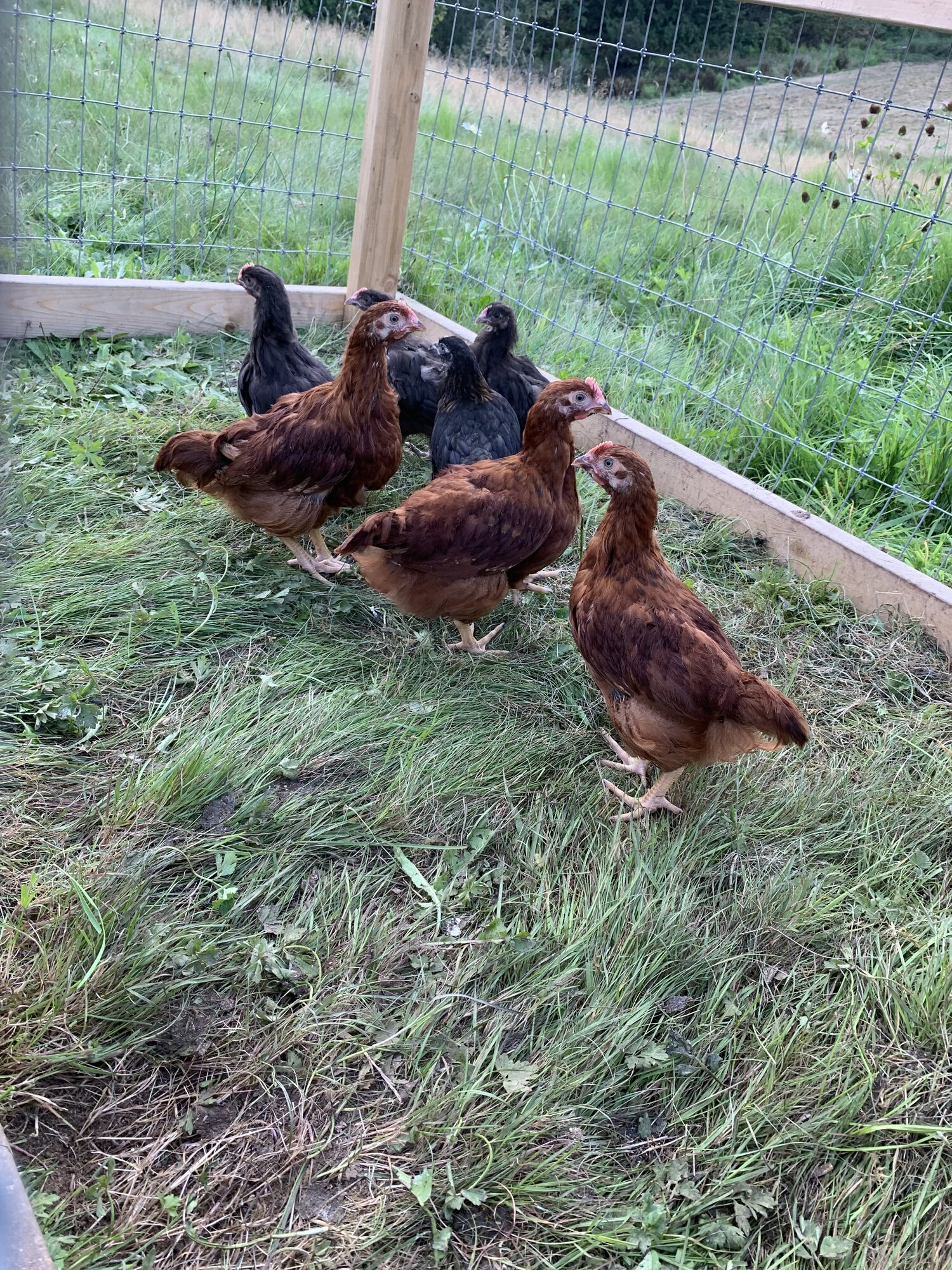 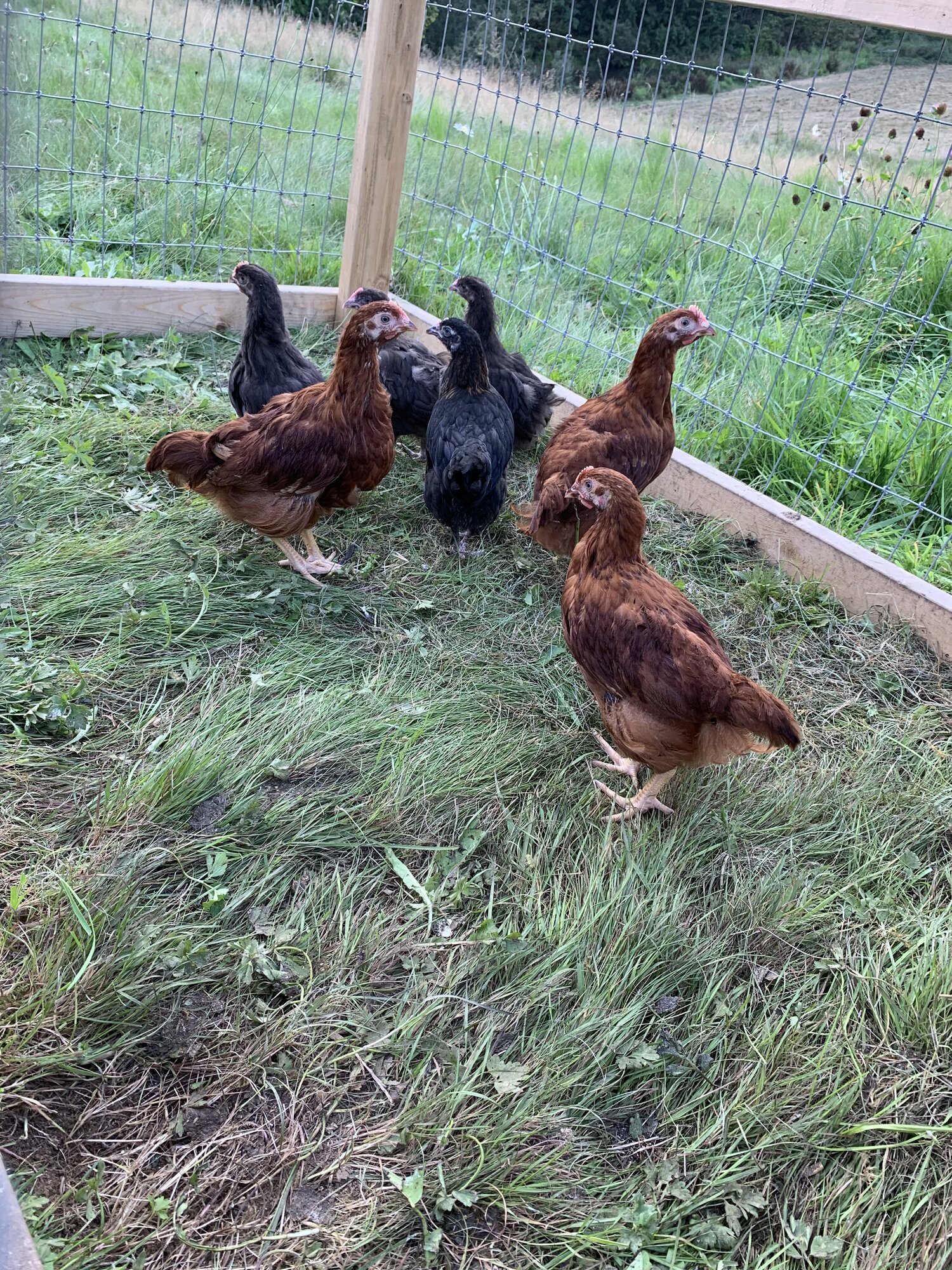 The fourth RIR is the one on the far left in this picture, you can see his comb is bigger and redder and his wings have different colours on them. The boy in the middle is an OE sibling to the precious ones I have posted. 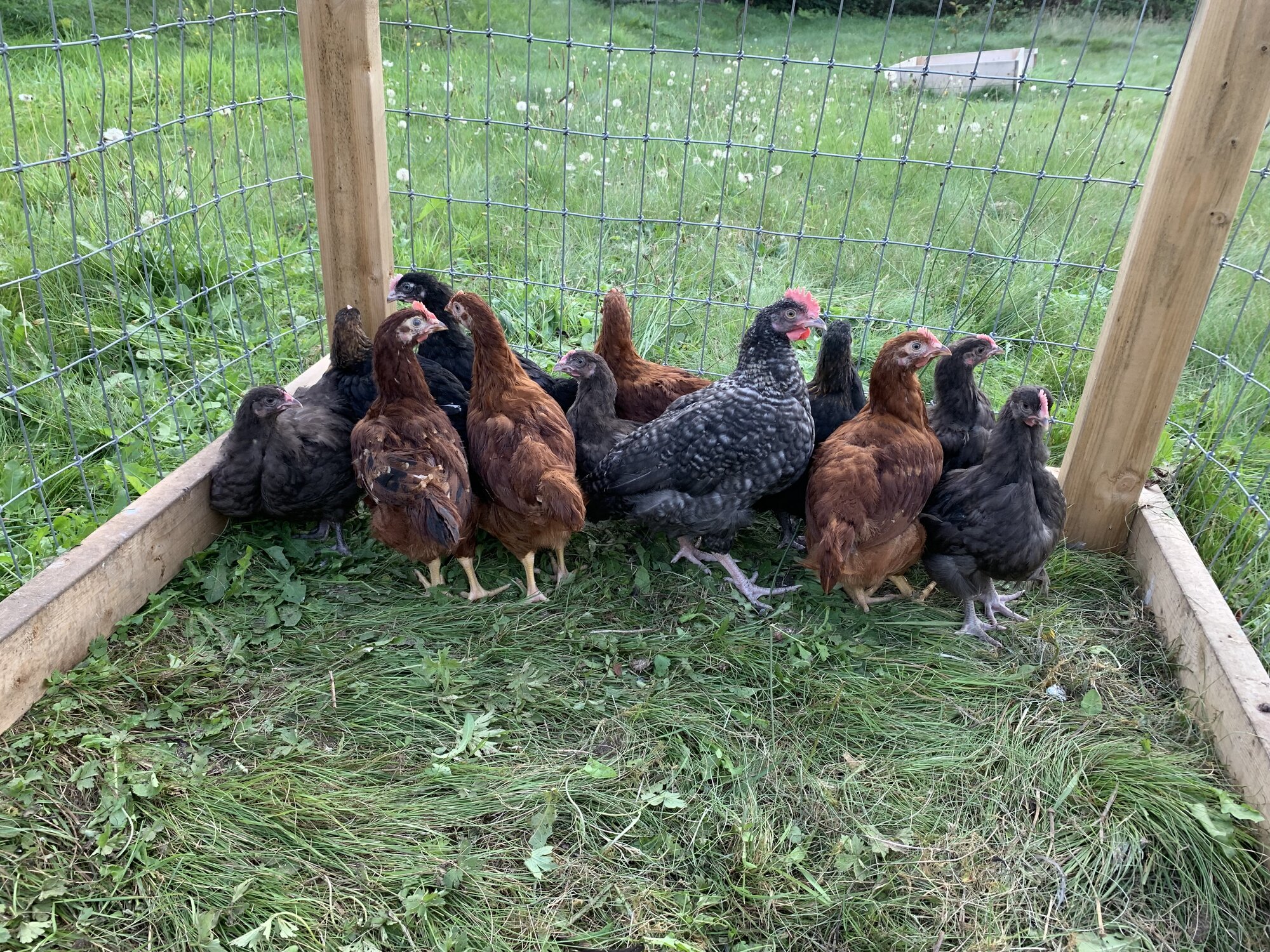 The two black copper marans look like pullets. So does the Olive eggers, and the batch of Orpingtons and ameraucanas. The Rhode island reds look like roosters.

I agree - but I just had to say, your chickens (and the area you have them in) are gorgeous!!

oldhenlikesdogs said:
The two black copper marans look like pullets. So does the Olive eggers, and the batch of Orpingtons and ameraucanas. The Rhode island reds look like roosters.
Click to expand...

Thank you! I’m sad about the RIR but oh well.. lol

mountainchickens said:
I agree - but I just had to say, your chickens (and the area you have them in) are gorgeous!!
Click to expand...

Thanks so much! It’s a work in progress, we just moved here last winter.. still so much to do!

You have more pullets than you think. I agree with the others, the ee and two blue Americans crosses all look like girls. I can't see the saddle feathers on the black one, but the comb looks like a girl. The bc Marana that is on the left looks like a girl. The one on the right, the comb looks like a boy, but I can't see the wattles. I don't see any obvious male saddles feathers, but I also don't know how old they are either. The male pointy saddle feathers should start making their appearance around 12ish weeks.

Lemon Cuckoo or am I Cuckoo?
2