Hi there, I'm finally joining this community after consulting the threads several times to find info about our sweet bird. Primo the rooster, who we adopted under the assumption he was a rooster, was hand-raised and kept in the house til he was 4 weeks old, and we adopted him once the family thought he was a rooster and didn't want anymore because they already had one. They told us that he was half buff brahma, half silver laced orpington and that he was the only hatchling out of 12 eggs. Since they thought he was special, they hand-raised him, I guess.

Well, he just turned 25 weeks last week and he does not look like a rooster yet! But the funny thing to me is he doesn't look much like a hen yet either, so I'm still giving him the benefit of the doubt at this point. He is starting to crow and very much acts like a rooster at times. So we'll see how it goes, ha. Either way, we love him/her and love having a house chicken! He does go outside and we hope to build him a coop at some point, but he's our only chicken and we won't stick him out there by himself. Also, it's now the rainy cold season, so we might wait til close to spring to start housing him out there. But for now, we have adapted our old farmhouse to be inclusive of a house chicken! Even our dog approves, except when Primo tries to get her food.

I'm going to post a thread about his adventures and injuries and see if I can get some advice. Please don't judge! We are treating him as a member of our family, just like our rescue dog, and we are doing the best we can.

Here are a couple of old pictures to show you. I'll try to post some new one soon.

Welcome to our FUN-omenal Flock!

I hope you enjoy BYC as much as we do!

Hello PrimoTheRooster.
Welcome to BYC.
Building him (hopefully) a coop outside is the way to go imo. Chickens need outside time not just so they get some sun, but to scratch and bath and go bug hunting. Having him come into the house during the day shouldn't be a problem if you can arrange a system for him to come and go at will.
I leave my door open all day. This might not work for you depending on your climate.
What I would say is please don't put him in nappies; it's so degrading. Give him free reign of an area you can clean easily. Getting chicken poop, particulalry cecal poop of carpets isn't a fun job. On a hard floor a with a bit of practice, poop can be lifted off in one swipe and all that's needed after is a quick wash with bleach or similar.
How do I know this stuff. The pic below should explain.
Oh, you'll probably get lots of indignant posts. 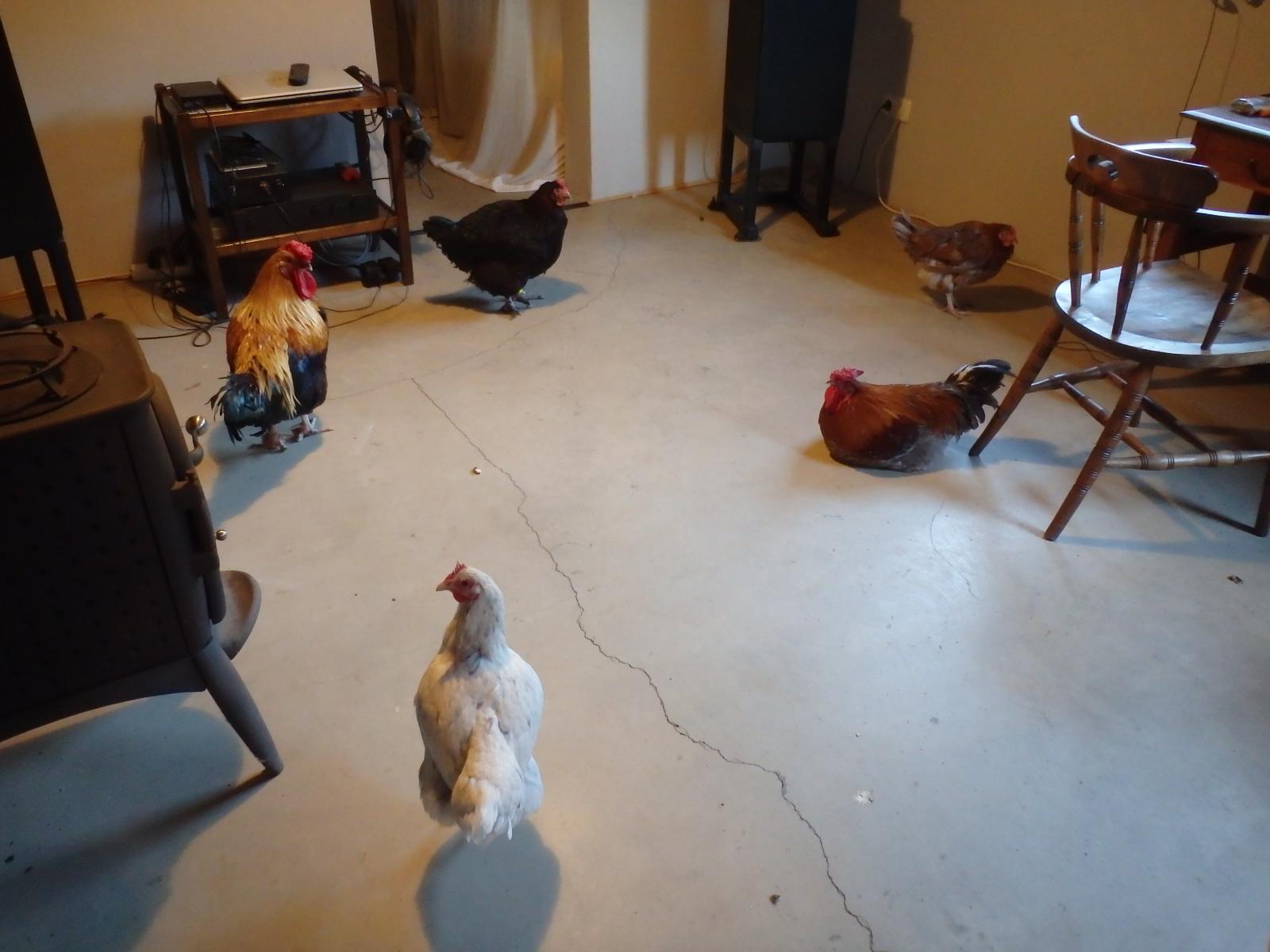 Anyone care to tell us if she (or he) does in fact have a feminine cockerel, or hen that crows? You know, one of the manly ones.

Hello, and welcome to the BYC community. He is very likely a late developing cockerel.

Hello, glad Primo has found a good home with you!

Welcome to BYC! Great to have you join !

PrimoTheRooster said:
Well, he just turned 25 weeks last week and he does not look like a rooster yet! But the funny thing to me is he doesn't look much like a hen yet either, so I'm still giving him the benefit of the doubt at this point. He is starting to crow and very much acts like a rooster at times.
Click to expand...

If he's crowing, and does not look like a rooster or a hen, then he is probably just a slow-maturing cockerel.


PrimoTheRooster said:
They told us that he was half buff brahma, half silver laced orpington
Click to expand...

With those parents, late maturity doesn't surprise me. Brahmas are especially known for being slow to mature.