How do I know if she's recovered? Omphalitis? Runt?

I have silkie chicks which are 2 weeks and some which are 11 days old - 7 chicks in total. So, here's the story of Temago (Japanese for Omlette).

She was hatched on 20th May from an egg which I didn't hold out much hope - detached air cell was very unstable so she was a carton baby. She pipped herself but got stuck during zipping for about 30 hours, so I helped her finish her zip (slowly of course over many hours). She was born with a red/swollen umbilicus and a bit of goo (dried egg yolk?) was clinging to her backside but from the moment she hatched, she was noisy. Very noisy. Anyway, after another 24 hours in the incubator with a buddy, I took them out because they were the stragglers, and popped them in the brooder with the other chicks. Her belly was no longer red but it was a bit soft and her scab seemed bigger than the other scabs from the other chicks. The others were quiet, no pecking and just wandering around not bothering her.

From the minute she went on that floor she started screaming like a peep-peep-peep high pitched car alarm. I may have been wrong to do so, but I scooped her back up, checked her belly and decided that she may need a little longer in the inc. She settled down again. The next day, I made her her own brooder as I was concerned that her distended abdomen meant mushy chick disease. She was originally only happy being held and would only eat and drink when I was showing her how. She had a little brooder of her own with a cuddly toy and mirror and was eating and drinking and having some cuddles to settle her down. I added electrolytes, chick vitamins and a bit of sugar to her water. She had her belly gently wiped with iodine daily.

She's made some improvements because now she makes happy chirps and only screams occasionally, but that is usually so she can cuddle. She potters around her brooder, eats, drinks, sleeps and poops. She is now in a brooder extension to the original so she can see the other chicks but is separated by a bit of chicken wire. Her belly feels less watery and more like the other chicks do. She has had pasty butt a couple of times (cleaned her up) and really likes the brooder plate but is coming out much more often.

So here's the thing: she's tiny, she still screams sometimes and is active but nowhere near as active as my other little terrors. What do I do with her? She's about a third of the size of the others and I am not sure if she has recovered or is on the way to recovering. How can you tell?

Any advice on this situation would be great - thank you all so much. 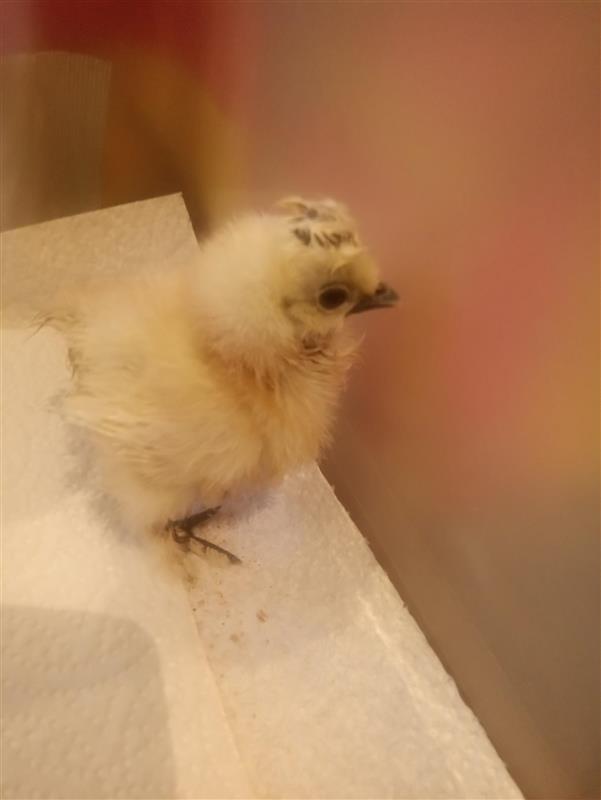 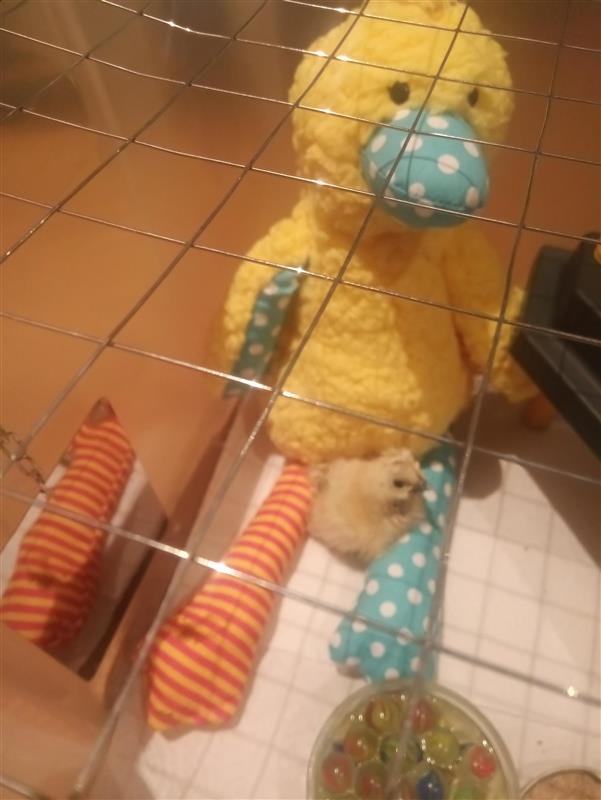 Any ideas, folks? I'm not having much luck with Google :/

How are your chicks doing, the little guy especially?

Omlette is adorable. I would keep her isolated just a little longer. Some babies just are small.. I had a Faverolle hatch a day late always smaller than his brother. Had a mild case of splay leg that righted itself. I gave Poultry Cell water, then reg water then Sav a Chick electrolytes and protein mix together that helped his leg he was in brooder with all other chicks 3 were a week older then one day the older ones turned on him and they went early to their coop weather is warm here now but occasionally they stayed indoors a couple of nights. My little Rocky started to get a slight twist in his head I didn't notice when it was happening then one night it was very noticeable now his head hangs at his feet Wry Neck we are going on 4 days of treatment he is a fighter still small. My words of encouragement are she should be fine just maybe will always be slight smaller then the rest but will be much loved by you..

I gave her a few days more in the main brooder but separated by a bit of chicken wire. She settled down loads and began to eat and drink better on her own. So I thought I'd give it a go and remove the barrier - ready to pop it back in if required. It was seamless and all of her crying stopped. She is now happily accepted as part of the clutch and doing all the normal chickeny things. She even eats meal worms and grit with the big girls and boys so I am really happy. She's still runt sized but her personality has changed and she has started to try to chest bump to be an alpha (she has no idea she's so tiny I guess?).

At the moment all seems to be going well and my little scrambled egg is making leaps and bounds.

@Mother of Chicks how did her splayed leg go? I have a little Momiji who is having similar issues. We've got a divider between him and the other chicks but are trying to hope he'll make it!

KCzarnik said:
@Mother of Chicks how did her splayed leg go? I have a little Momiji who is having similar issues. We've got a divider between him and the other chicks but are trying to hope he'll make it!
Click to expand...

She didn't have splayed leg, and I don't really know what it was (but walking was fine when she bothered getting out from heat plate). I guess it was mushy chick from the symptoms. Anyway, she has made a full recovery and I am pleased to say she is now a great little layer. It took quite a bit of perseverance, hand feeding and coaxing, but I reckon she had caught up to the others by about 6 weeks old. Here's a pic of her as a grower. 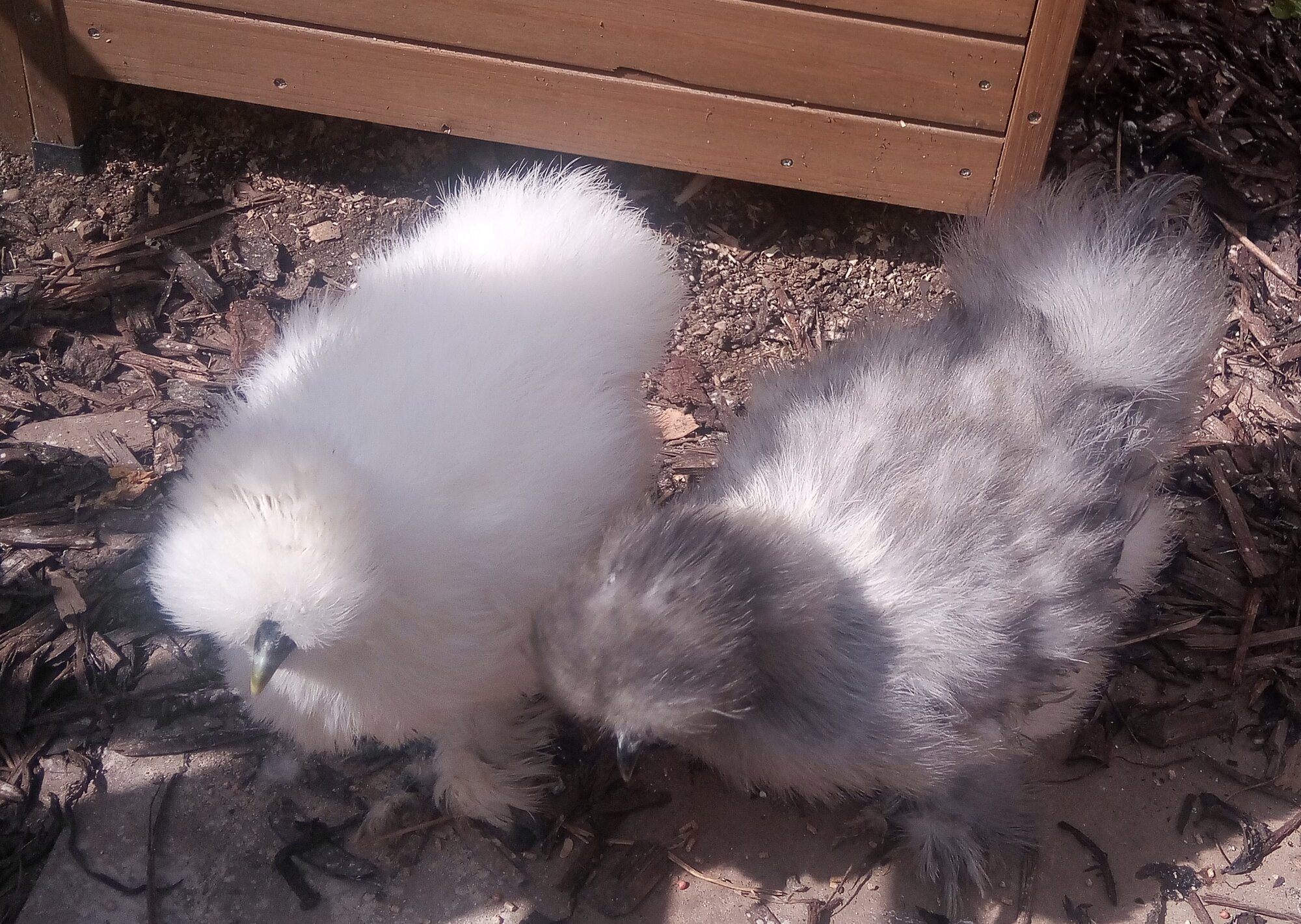 While she was out of sorts I hand fed and watered including critical care formula, poultry vitamins and chick crumb. She only really started to act normally once she was in with others but I made sure the swelling went down first.

Chick is sick, eye swollen, lethargic don't know what to do.

3-week old chick with neck irritation and no feathers