How to properly integrate younger chicks with the older? [PHOTOS]

I have two younger chicks, roughly 4 weeks old. We also have five older chicks that are 10 weeks old.

About a week and a half ago we started putting the chicks outside in a small run within the big run to get the older chicks used to the younger. They could see them but not peck them.

This week, each day, I have been going back once or twice to let the little ones out to run with the big ones. In the end, they pretty much get attacked and chased by the older ones. Will this ever end? When will the pecking and attacking stop? Should I be doing something else? Should I shoo the chickens away from them when they try to attack (at this point I do)? I normally throw down scratch when I let the little ones out, this keeps the older ones a bit occupied for at least a short time. But once it's gone, they go back to terrorizing the younger ones. It's interesting how much more they pick on the EE chick than the Silkie chick. Not sure why they do this. The Silkie seems to stand up for herself a lot more than the EE. The EE is terrified of the older ones.

Here are the chicks: 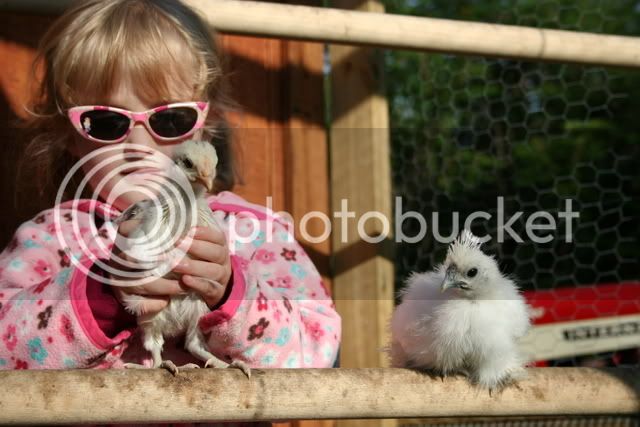 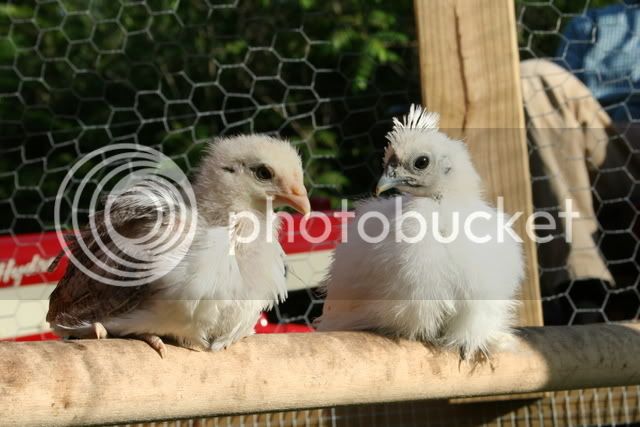 Here are the chicks with an approaching attack (in which I stopped): 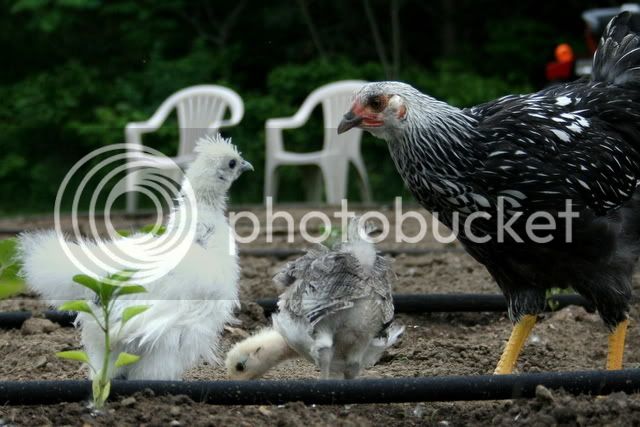 Here is the little run within the big one: 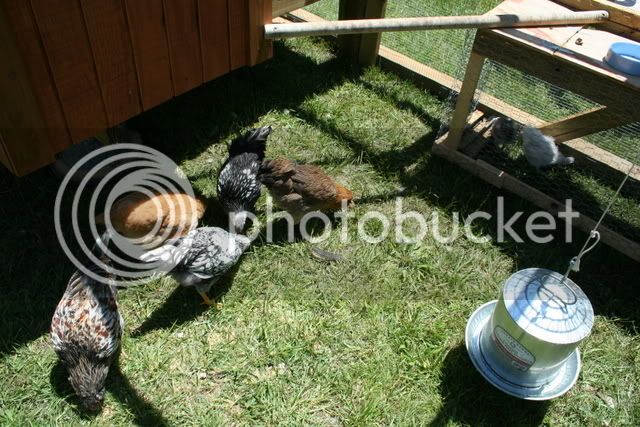 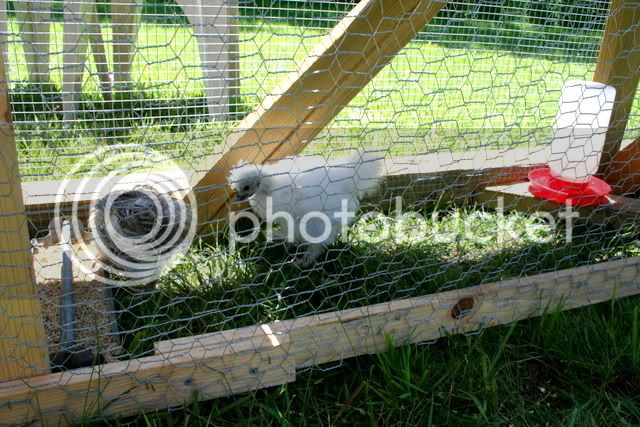 They are going to do some pecking when you mix them, regardless. It might be they are doing fine, just doing the pecking order thing, if you have seen no blood. If you fel it is too violent, you may have to wait til they are all the same size.

There has been blood and it does seem violent to me. So maybe I will just continue the short integrating times and leave them in the small run along with the others. Maybe the EE is terrified because she is the smallest.

Gosh. Your place looks great! I suggest you keep them separated until the younger chicks are the same size as the older chicks. At least it would be a fair fight on the chicken pecking order. Keeping them nearby should be a good head start on incorporating all of them. Good luck on your little beauties and I love the innocent pic of the silkie just before the KO. Poor babies, it is a big world out there.

Age Difference Between My Chicks