I woke Yesterday Morning to find some of my dear, Dear chickens Dead.

the person I left in charge of my original flock (Untill a new pen could be built) Locked my chickens out of the pen they were staying in.


He (the temporary caretaker) put a young hawk inside the pen instead on saterday, to try to nurse it back to health. While my silkie flock slept on the ground outside

Some time two days ago they were attacked


When i walked a half a mile down the road from my Dad's house to check on my birds At this guy's house.
I only found Fro and Heckles.... 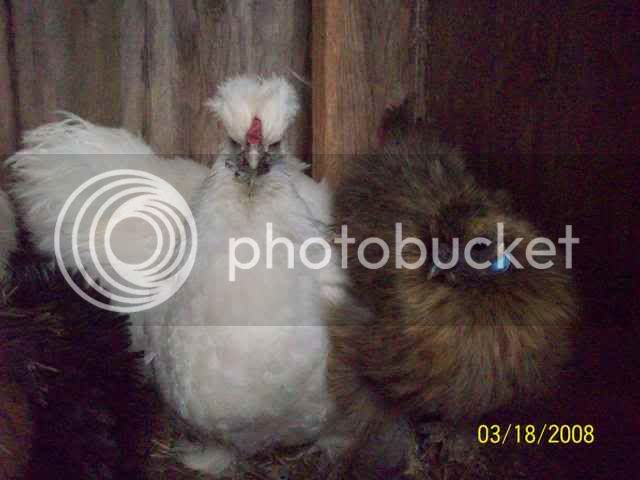 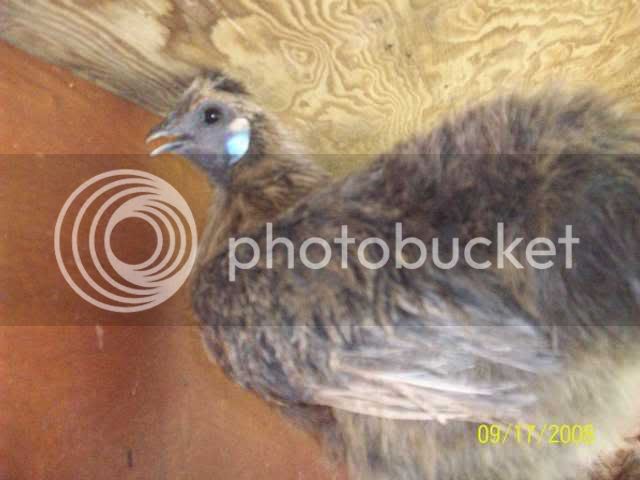 Theyre Rooster, that i nursed back to health after rescuing him from a neglectful owner.
Billy Bob 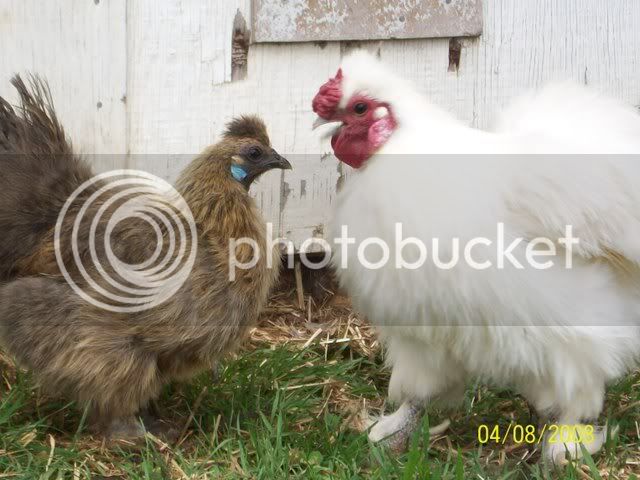 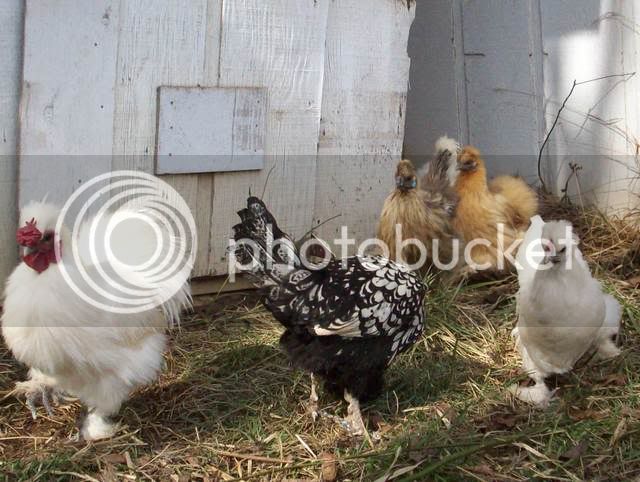 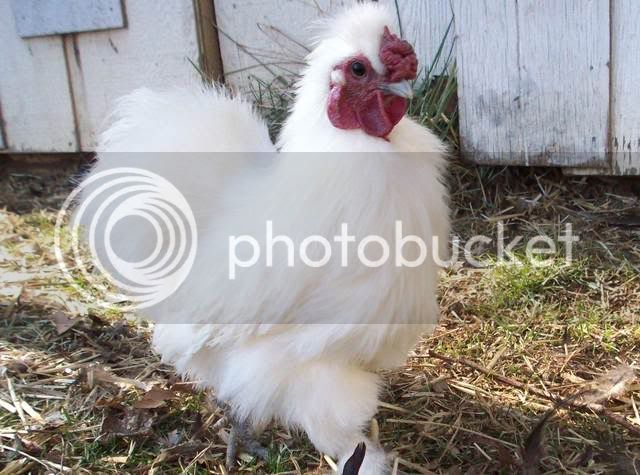 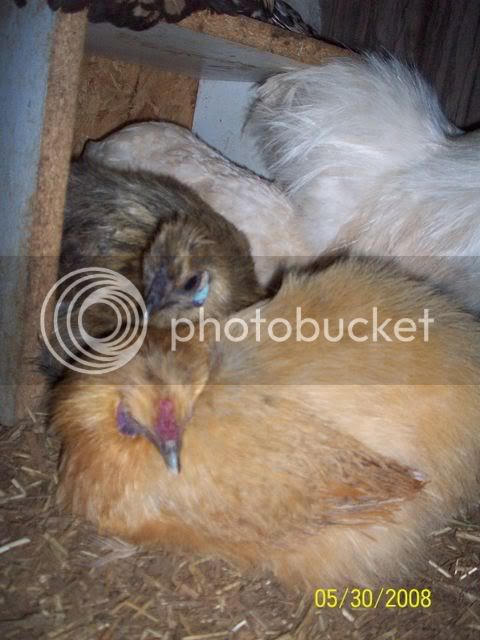 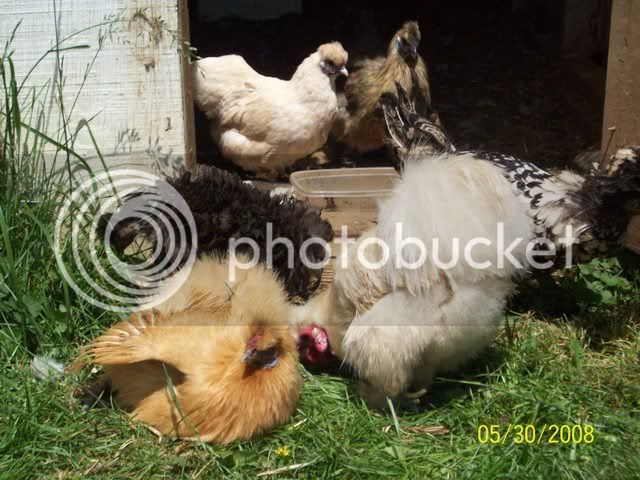 I Just cannot stop moping about, my birds are more presious than anything to me, i dont even feel like eating.

the only one worse off than me is one of the survivors; Macabre's best friend, Heckles. they were raised together from chicks, they were the two that i took to N.C. . recently theyve been acting broody together, sharing the nesting box. but now that Macabre's gone Heckles just stares off into space, traumatized. luckily Afro was fine once i put her in the new pen with Her best friend, Ezzyo.

As i've said before im terribly traumatized myself, and might not be online for awhile, I'll try to give and update on Heckles.

So sorry to hear about your babies!!

I hope the rest come through all right. Sending

I am so sorry that this person took so little care of your babies. I will not even get into what I would have to say to this person.

Hang in there and remember grief takes time and has stages. Take it one day at a time.

I am so sorry to read about your babies.

I know that you're just sick about it. It sounds like you need to find a new temporary care taker. So sorry. :aww

WTH! i would sue the caretaker for animal cruelty and keeping a wild animal (hawk!)
E

Thank you all, i just wish i wouldve have known he'd locked them out

I am so sorry, its very tough to lose your chicken family, I know.
I went through it and I was heartbroken.
What was this guy's deal anyway? What was the plan, in regards to what he agreed to do for you, obviously he was neglectful in his responsibilities.
I am just astounded that he would lock your animals out after agreeing to take care of them.

Wow-- go hug your survivors, remember that your neighbor apparently has no common sense (or any sense at all) and keep going. Your chickies need you, and you need to take the time to grieve. I do wonder if the guy has a license to rehab wild birds? If not, he could be in a world of trouble...
Sending hugs:aww
E

Quote:
ive recently had to move back here from N.C due to finacial problems, and my landlord absoultly would not have them here, so my Dad, who works and lives on a farm agreed to house them if i fed them and built cages...only there was nowhere for them to go while this was happing, my Dad's best friend , lets call him "bob" has many cages full of fighting roosters, and said he had an extra pen to keep them in. in return i gave Bob two pairs of bantams, he said he wanted. being the neglectful type, he leaves his out all day and does not lock them up at night. but they are flying bantams and got away, and my silkies are not flying bantams, and had nohere to go when he tried to treat them in the same neglecful way.

They were sopposed to be at Dads by now, but things didnt go as planned.
I recently rescued 3 silkies from a neglectful breeder ( not the same one previosly mentioned) and one large Dominecker that was set to be dinner.
so there was one extra cage to build, i was sopposed to begin after yesterdays visit...but now that theres nine instead of elleven, theres plenty of room in the pens.

How can I keep my chickens safe from hawks?
2

J
Hoping I am doing the right thing, would like some advice. Please.
2 3

My experience with a chicken with Gape worm - symptoms, what to do and what not to do.