In today's episode of Chicken Hospital...

Hey everyone,
I wanted to share some success stories from the past week in case what we've discovered is helpful to anyone else. WARNING: Graphic pictures.

We have been doing pitched battle with a family of raccoons for the past month. We have lost 8 hens altogether. One raccoon was trapped and released across the lake in the wilderness area, but we've had several sightings of another as well as evidence of his/her activities. This has resulted in my having to turn my brooder (which is an oblong stock tank) into a temporary chicken hospital. Fortunately I had just moved my 6 week old chicks into their own new (raccoon proof) coop a few days earlier.

Lady Cluck was grabbed by the raccoon while inside a cage that I thought was raccoon proof. He reached through the bars and tore off a big piece of skin from her neck. Fortunately our little dog barked when she went out for her last evening potty stop and alerted me to what was happening. (The raccoon got in because the coop door didn't latch properly. Big sad face for me.) We brought her in the house and she looked awful, bleeding from her neck. But the damage all seemed to be missing skin and feathers. I cleaned the wound with hydrogen peroxide, slathered it with antibiotic ointment and wrapped her neck with gauze and a non-stick pad. We have continued to clean her wound with salt water and treat it with ointment and bandages. A flap of skin that had been pulled up has reattached itself and the remainder of her wound has begun granulating. She got sassy today during the bandage change so I think she's well on the way to recovery. 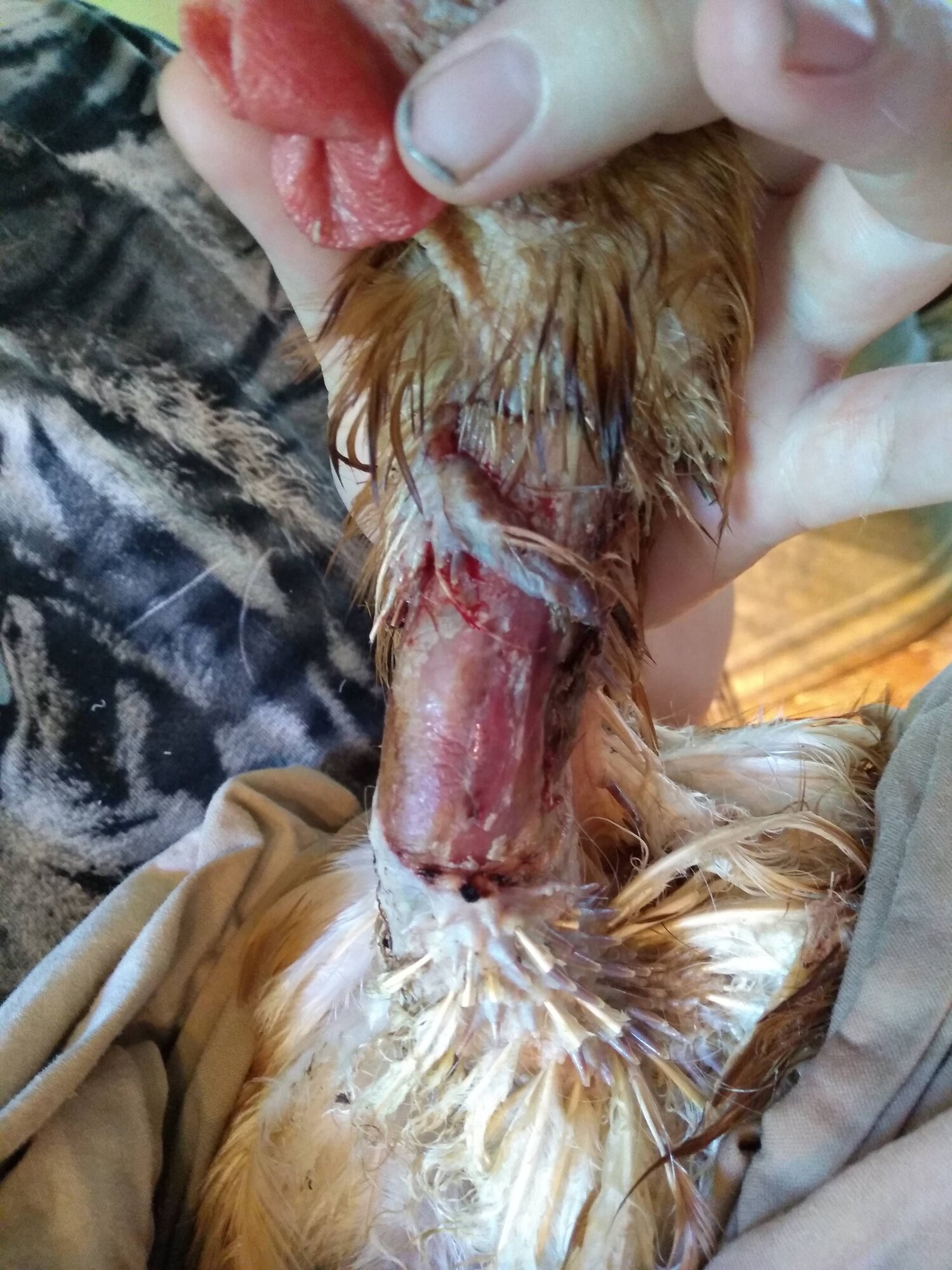 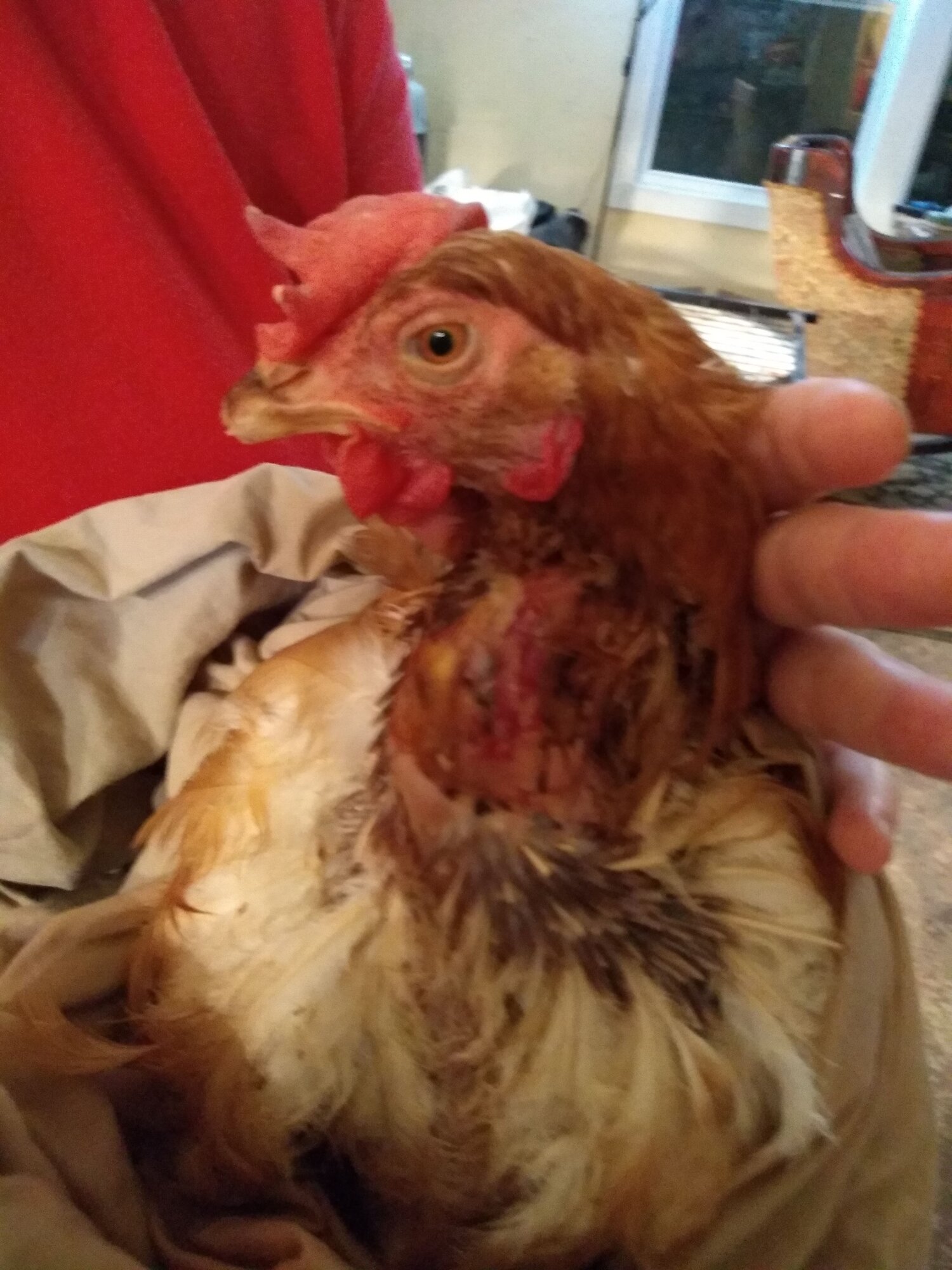 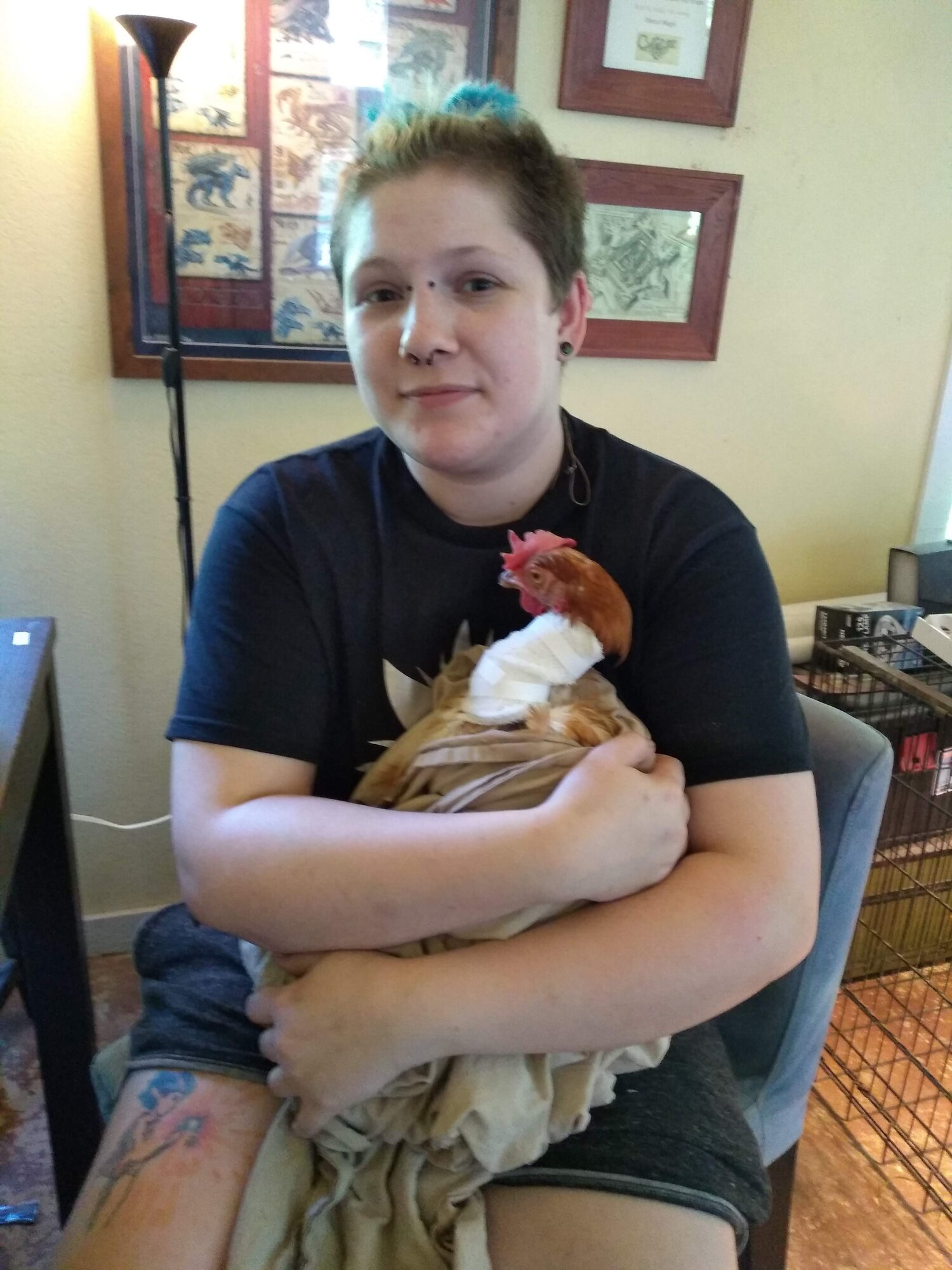 I have been putting the remaining chickens (3 hens and our young rooster) into a big cage inside the coop at night. It has been made raccoon-proof. We are still working to get the whole coop raccoon proof but the little bandits are smart and very determined, and frankly after starting a couple of mornings finding my flock slaughtered, I'm a little paranoid. Anyway, a couple of mornings ago I went to let them out and noticed that our rooster, Copper, had a drooping wing and seemed to have lost all of his swagger. I examined the bones carefully and nothing seemed to be broken, but I didn't want him to get henpecked so I brought him inside with Lady Cluck. We attempted to wrap his wing (which I read what what to do with a sprain, which this seems to be) but when we did he was unable to keep his balance to stand and walk. I gave him an aspirin for pain and swelling and hoped that rest would take care of his problem in a few days. This afternoon my brilliant daughter came up with a better idea. She said "Let's put a puppy shirt on him!" She had bought some very small dog t-shirts at a craft store. This evening we put one on him, which effectively bound both of his wings to his sides. He is able to stand and walk normally and doesn't seem bothered too much. 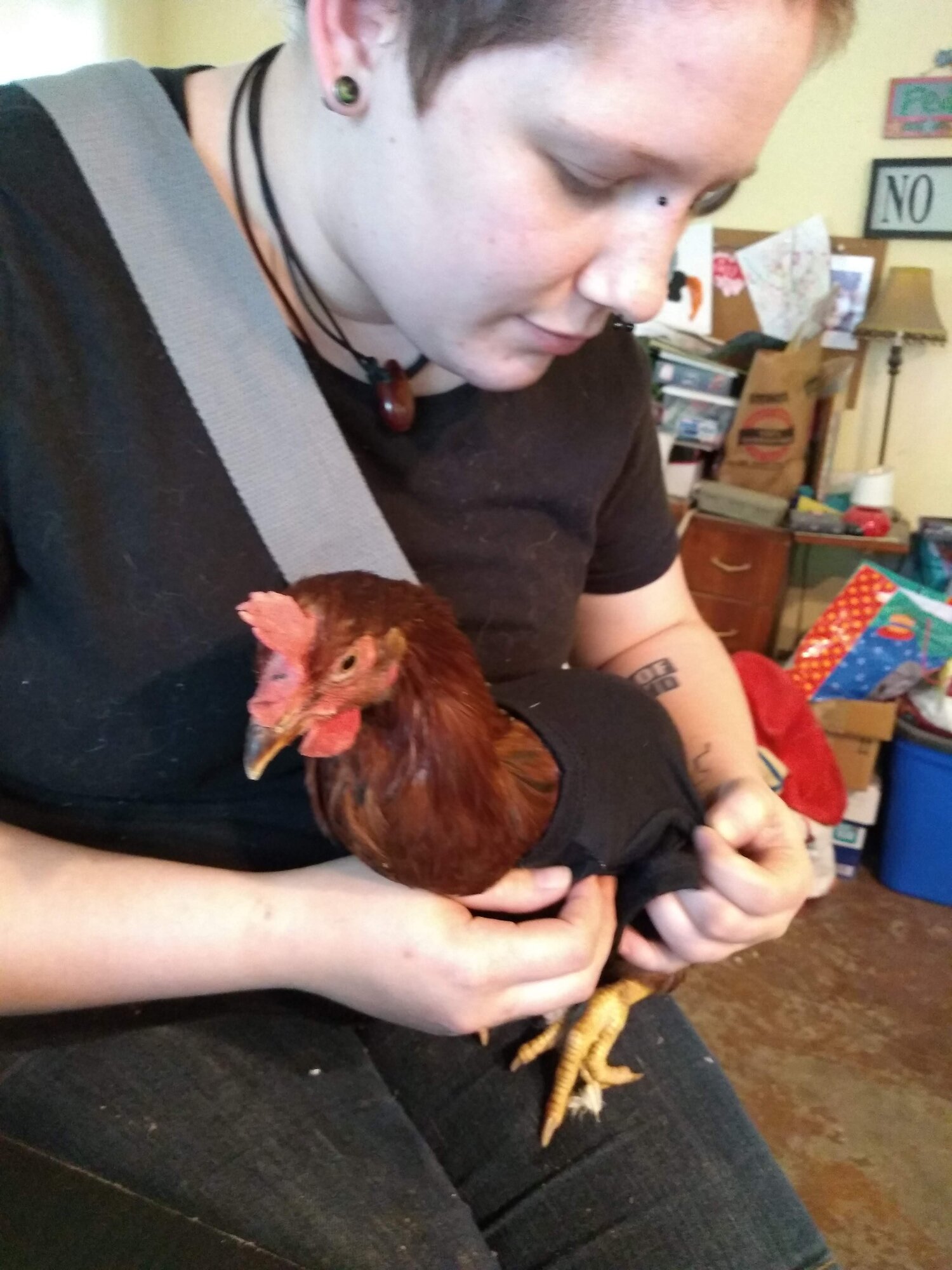 I'm hopeful that with a few more days of care they can both go back out with the rest of my flock.

I've lost birds to raccoons. I hope yours continue to improve.
B

UPDATE! Miss Lady is doing very well. All of the skin and most of the feathers have grown back on her breast and neck, and she went back into the coop with the rest of my flock a couple of days ago. Copper the rooster shrugged out of his t-shirt after a couple of hours. But once I trimmed his wing feathers on that side so he stopped stepping on them (wing was drooping) it helped. His wing is nearly back into its normal position now, and it doesn't seem to bother him, though I haven't seen him using it much.

Advice on helping this chick or culling
2