I had 3 Silver Appleyard ducks hatch out earlier in the year. I ended up having to give them away when they were a couple weeks old.

I wanted to get one of the females back later if possible and the person I gave them to said I could have any number of them back.

Today, I got a message saying that if I wanted any of them, I needed to pick them up as there was a coyote attack last night and one of them was killed.

I picked the two survivors up and was told one had a bad eye. Sure enough, there was an issue with one of the runts eye. One duck is much smaller than the others and is called Marshmallow. He (I believe it to be a male at this point) had one eye that was kinda slimy on the bottom and after I got him home I noticed the side of his face is swollen. I cleaned the eye up with a wet towel and put some antibacterial cream on it.

There is a possibility that the duck was stung by a bee as there are 3 hives in the area. Plus 50 or more hives in a 3 mile radius.

These are the best photos I can get at the moment. 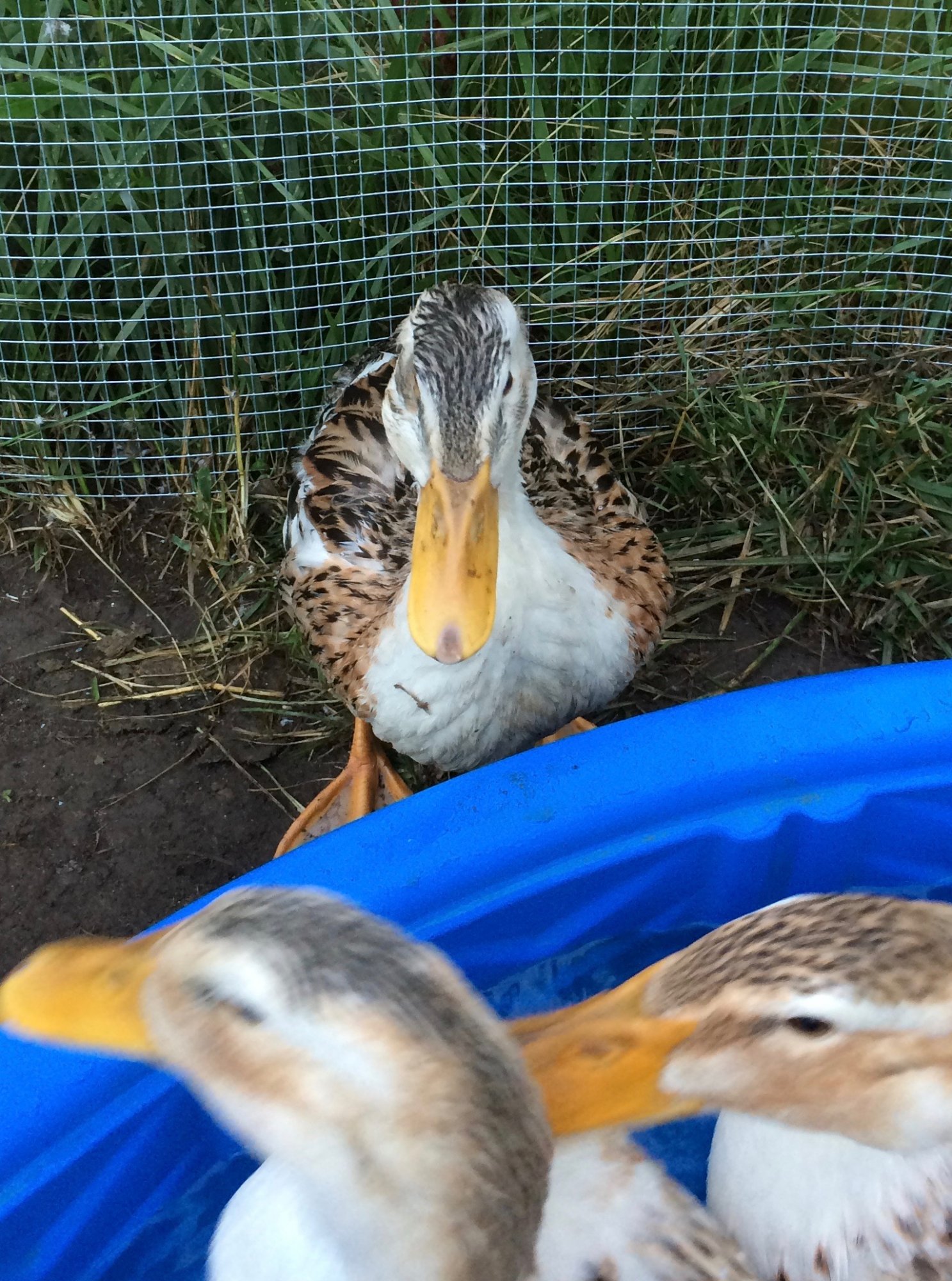 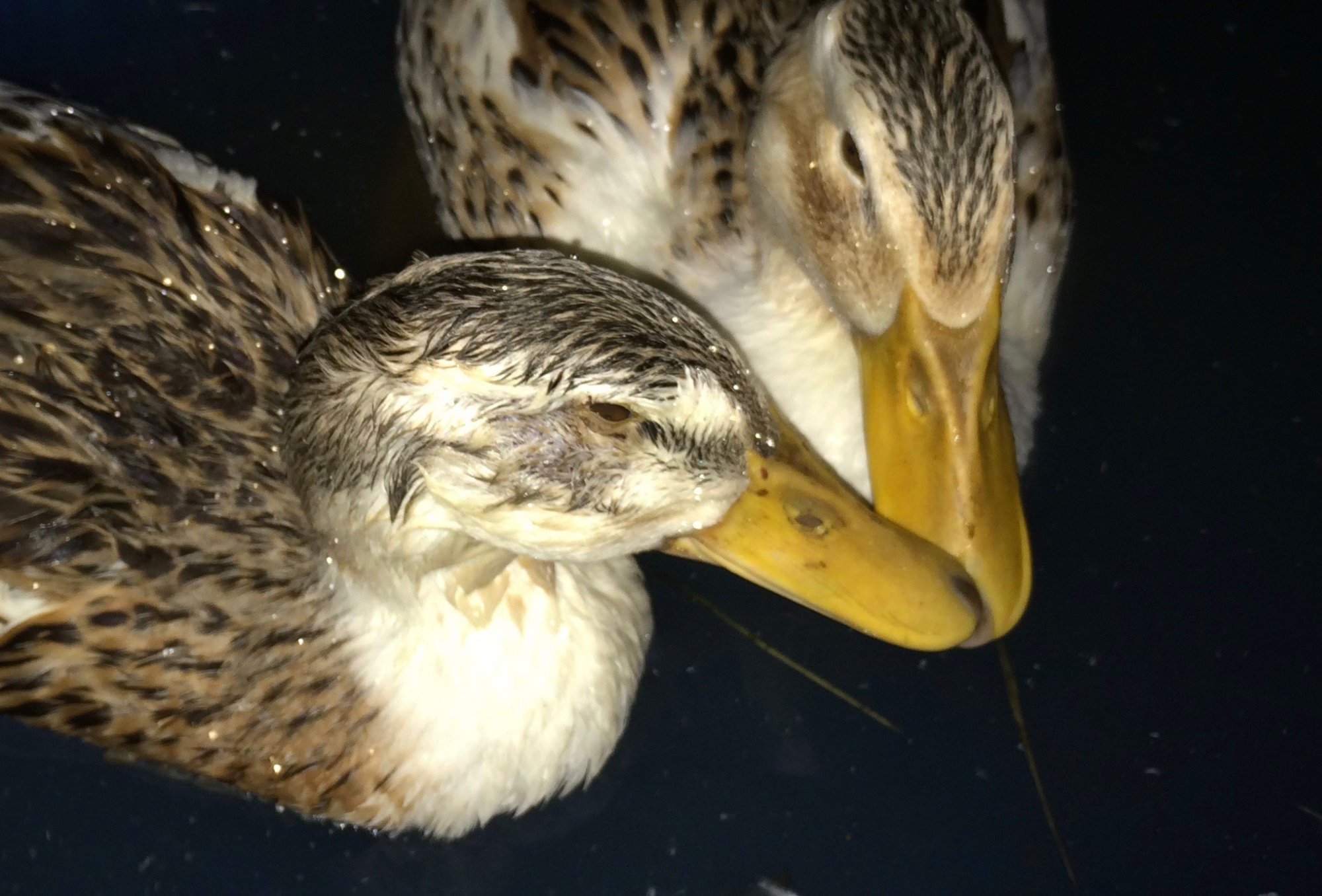 I would say the duck is acting normal.

Poor ducks, they should recover after a while. Good you got them back.

Wondering if it might be a sinus infection and the animal attack just happened to be when he noticed the problem.

I checked the duck out again. No signs of external damage. No cuts, bites, or sores that I could see. Eye was partially closed and looked watery.

Swelling looks to have gone down some. 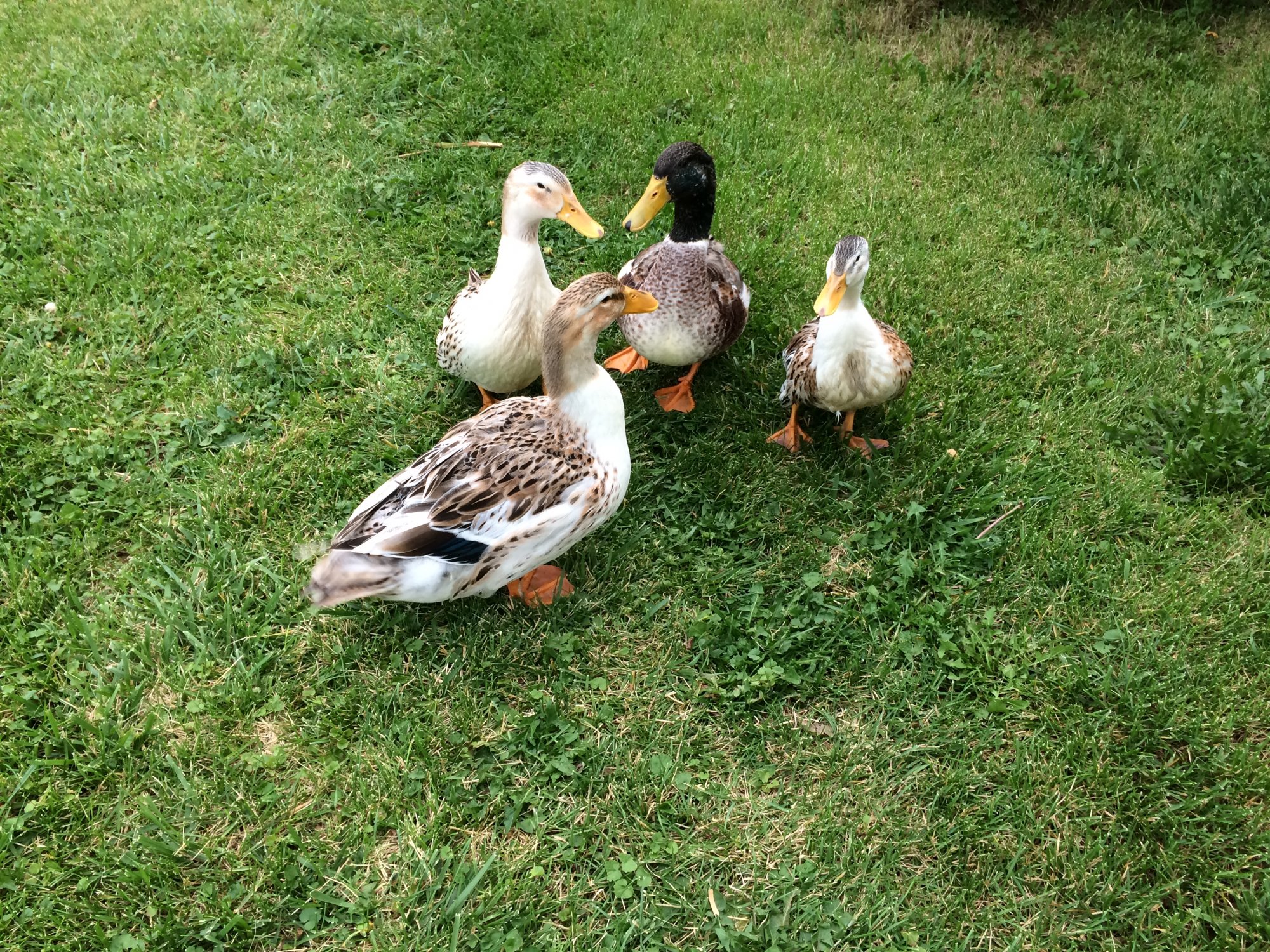 Ok, things are much better. Swelling is almost gone. Eye is watery. The eye has tears actively going when I picked him/ her up. Poor little duck was crying from the looks of it.

One other issue I noticed was that the bill looks wrinkled.

The eye is doing much better. I had thought the swelling had gone away. However, there still some swelling on the right side.

Give it more time to heal.

I was hoping to find a local vet that would look at ducks. Just in case I needed to take the little one in. So far, no one local. Was given wildlife rehabilitation center phone numbers as the vets kept telling me the duck is considered wildlife. Problem is, it's a domestic duck breed.

Anyway, here is a photo of Marshmallow when he/she (not sure yet) could not walk.

Was able to get a better look at the eye. The left portion of the upper eyelid is missing. 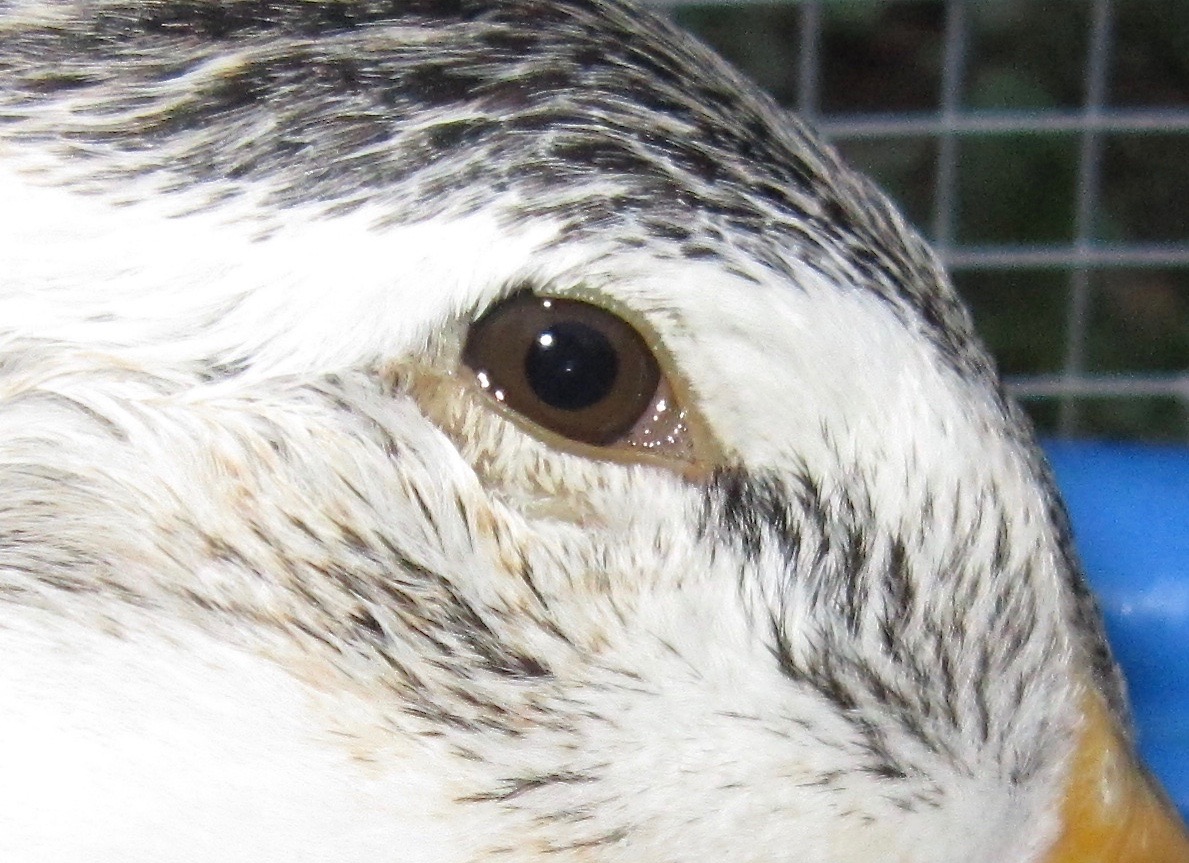 HELP! My rooster has a really swollen eye/face
2

B
Foamy and swollen eyes ducks and chickens.