Well, I'm pretty sure I already know the answers... But I'd like to be sure, and if nothing else, the story to this point has been interesting.


We're new to chickens and have been learning as we go. We started off with 13 pullets of various breeds and two straight run bantams all as days old chicks. Our littlest bantam (OEGB) turned out to be a roo which we found hilarious. Then the other bantam (brahma) also stared crowing and caught us a bit off guard. None the less, we had two bantams learning to crow, acting like roos(ish) at about 8 weeks. Came home one day and found OEGB roo dead. Didn't know if it was one of our dogs, a neighborhood dog, some other predator, etc... Two days later the other roo showed up dead. However all our pullets were still totally comfortable walking amongst the dogs like they weren't scared at all (our dogs were introduced to the birds very early on and don't show any traits of a high prey drive). So we've been rather confused for the past few weeks.

Until this morning when we were sure we just heard a crow (none of our close neighbors have chickens). So that got me researching traits of roosters in different breeds. The bantams had been easy because they had obvious pointy straight combs. However, a couple of our bigger "pullets" did seem to have much redder features than their counterparts, though no pointy combs like I was thinking (again, newbie). So here's the deal; I'm thinking one of our SLWs and one of our Light Brahmas are actually roos. This could obviously explain the other dead roos. Interesting that neither one has uttered a peep of a crow until now, but they're currently 12 weeks old or so...

This is Judith (which I'm thinking is going to end up Jude), a Light Brahama 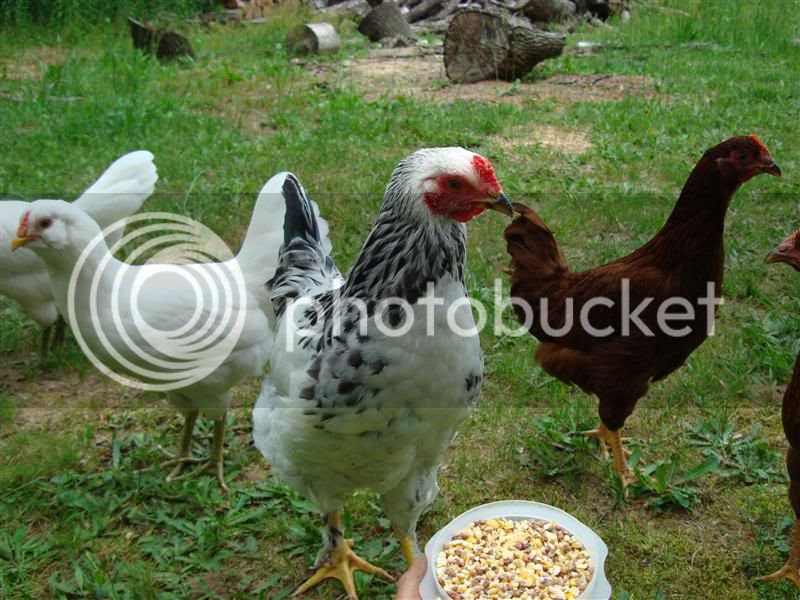 Here are our two SLWs, Vicky (going to be Vic I'm assuming) and Helen 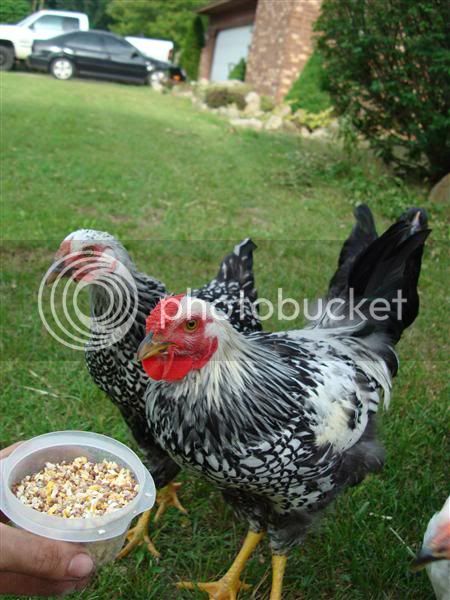 Same two but with our other Light Brahma, Karen who I'm pretty sure is still a lady 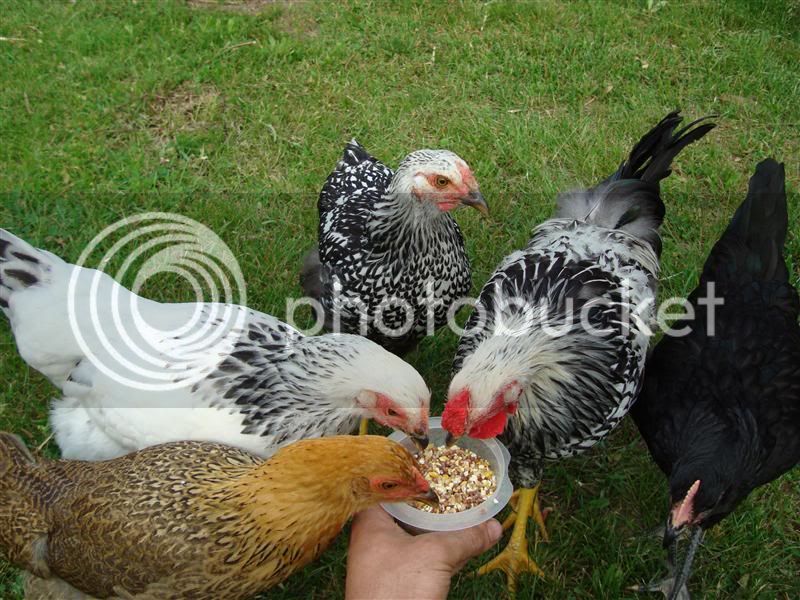 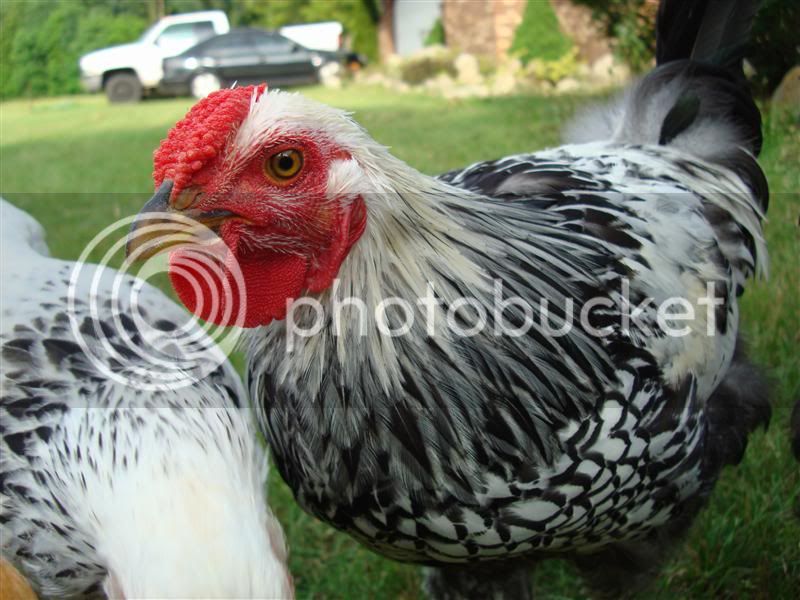 The two what I'm now assuming are boys; Vic and Jude 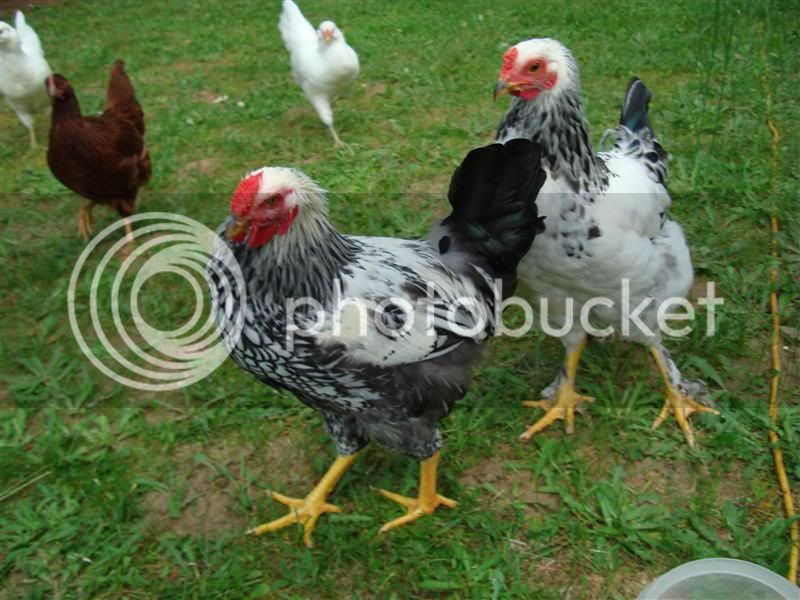 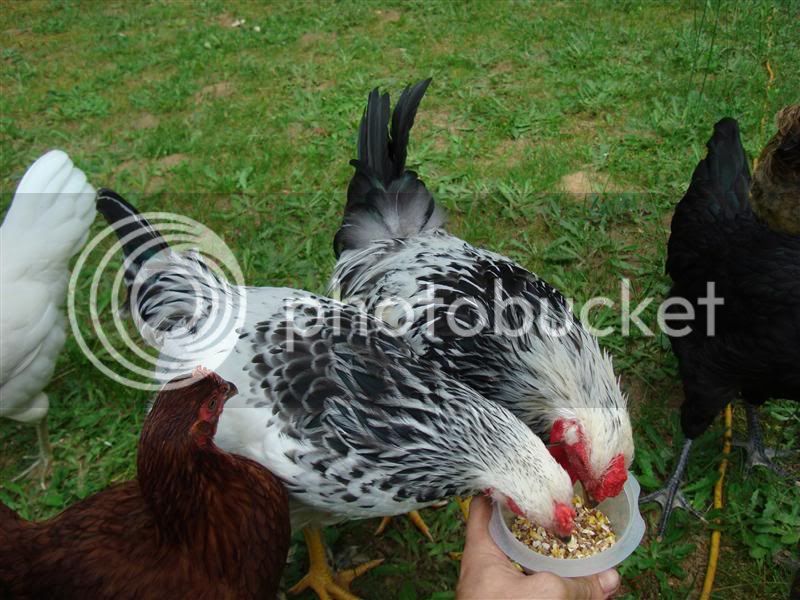 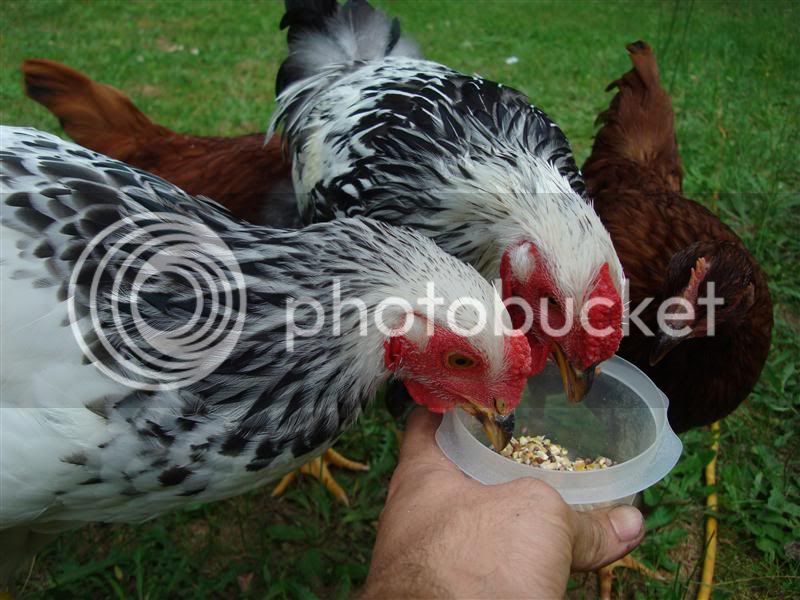 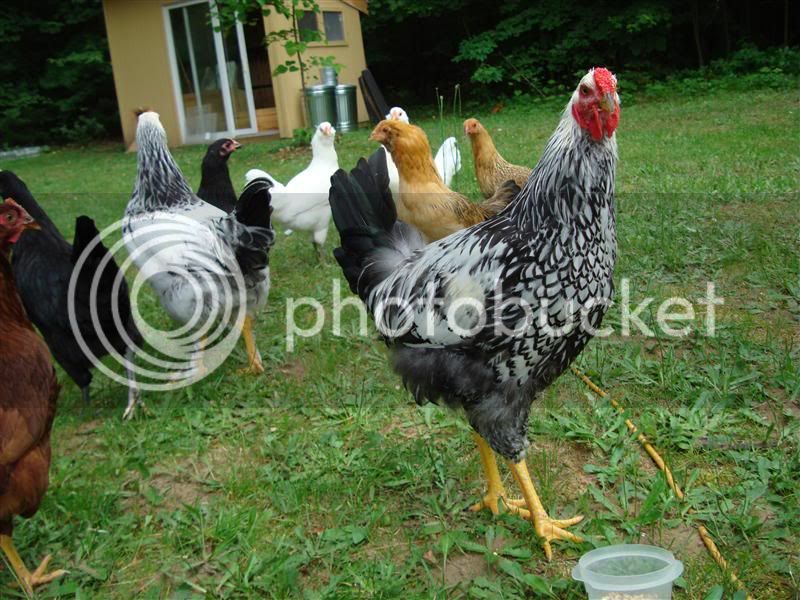 Edited to add: It is not just the comb, but also the feathering and the coloring of the feathers.
Last edited: Jun 14, 2010

yeah. you could rename them Sweet and Sour... end of problem.

you got it, pretty roos

Did I mention the 6 guineas about to come out of their partition in the coop to join the free ranging melee...

Will our hens have any back feathers left? Will our roosters coexist or prove incompatible? Will the guineas beat the roos into submission and exile? All questions will be answered as our silly little zoo carries on...

be sure to post pics of guinea chick cross when that happens!

Yep, two beautiful boys. Other give aways on the sex, the slender pointy feathers on the neck and saddle. And what beautiful tails they have coming in... Lovely!