Hello everyone! It’s been a while since I’ve posted anything. We have been very busy finishing our new home (we move in next weekend) so I haven’t had much time for socials. But thought I’d give a little update as I have my morning coffee.
This past summer I rehomed my rooster. He has just over a year old and was becoming increasingly aggressive. I found him a nice farm and he now has a harem of his own ladies. Lucky guy!
My husband and I both missed hearing him in the yard and let’s face it, it’s a little bit of extra eye candy out there too.
I had been visiting my niece a few weeks ago and her boy was out there singing the song of his people and I loved it so much. When I got home I got online and really just to look more than anything, searched roosters on the local buy and sell.
There was lots available for free, mostly young guys, labeled as very friendly. Mine had been in the category at one point too.
I came across a post of someone selling birds for $20 each. I looked at the one. She had a very long post about her birds, the care it takes to raise them and the pros and cons of having a roo and is it right for you. I really liked this post cause I felt this person really cared about their birds - and where they went.
She had many young guys she was willing to part with but what caught my attention in her post was a 2-3 year old she had and he wasn’t with the main flock anymore but she didn’t have the heart to put him in the freezer, which was the destination of many of the other young ones.
I msgd her about this guy, looked at my husband and said ‘I just did something.’ I just got the look lol
Several days went buy and I never heard anything. I thought, ok it wasn’t meant to be anyways. Then she msgd me and I arranged to go meet him a couple days later.
She showed me several birds she had that she was selling, all very handsome but I just was drawn this to older guy. I thought he’s grown, settled and has his hormones figured out. He was very calm. I decided on him and we put him in the kennel. She didn’t want anything for him, she was happy he was going to a home and not the freezer.
I learned that she had his father Tom, for almost 13 years. Tom sounded like a good ol boy who did his job very well, and had protected his flock from attack one upon a time, and won.
I took this guy home, built him a little area so him and the ladies could observe each other. All the while he watched me from his kennel, wondering who this crazy woman was that had kidnapped him. He was very excited when he saw the girls, they did not share his sentiment and gave me the cold shoulder as a result.
After spending a few days checking each other out though the fence, and spending his night being carried to the shed and back in his kennel I let him out to explore one morning, then released the girls.
He did a little dance for everyone, had a few stand offs and when the girls walked away from him he looked after them like ‘what did I do wrong? Where are you going?’ He followed them to their favorite spot and when I checked on them later they were one little happy flock.
He has brought a lot of balance to the girls. The big girls were bullying the little off the roost at night and they had taken to sleeping in the nest boxes. No more of that. Everyone is up on the roost.
He is relatively quiet compared to our previous rooster. He is a gentleman and is somewhat timid of me but likes to see what you’re doing. I’d much rather timid than aggressive! He apparently really likes my father in law and will follow him around the yard doing man stuff together.
Not only did I want a new fella outside because I missed the sound, but we are moving next weekend and I wanted a roo in the yard to protect the girls and alert of any danger. We are going to be surrounded by woods, and lots of predators I’m sure will figure out they are there.
So everyone meet Phillip, or Prince Phillip as I tend to call him. He is a dorking/Cornish X. I’m so happy I found him and that he has completed the flock. 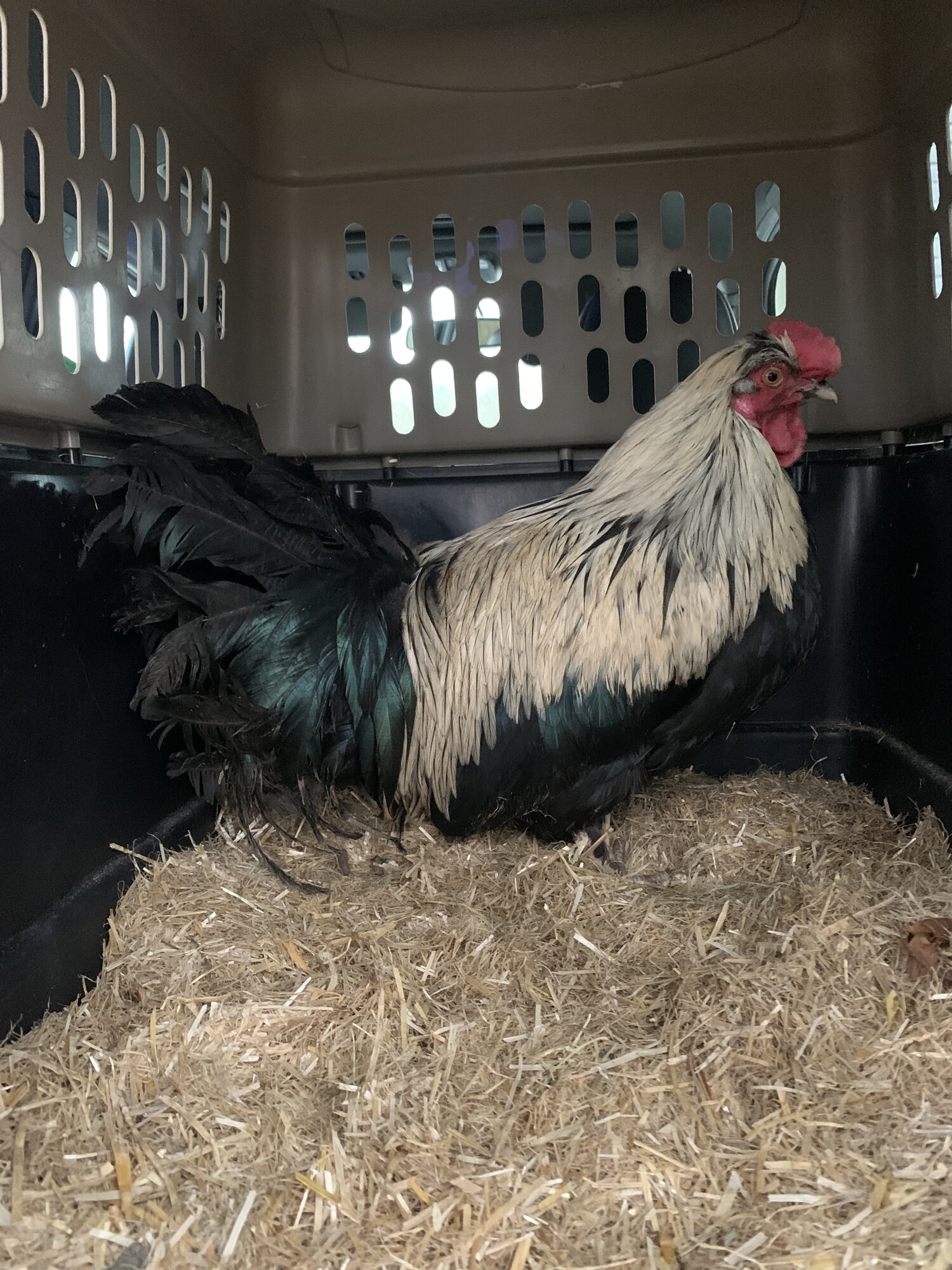 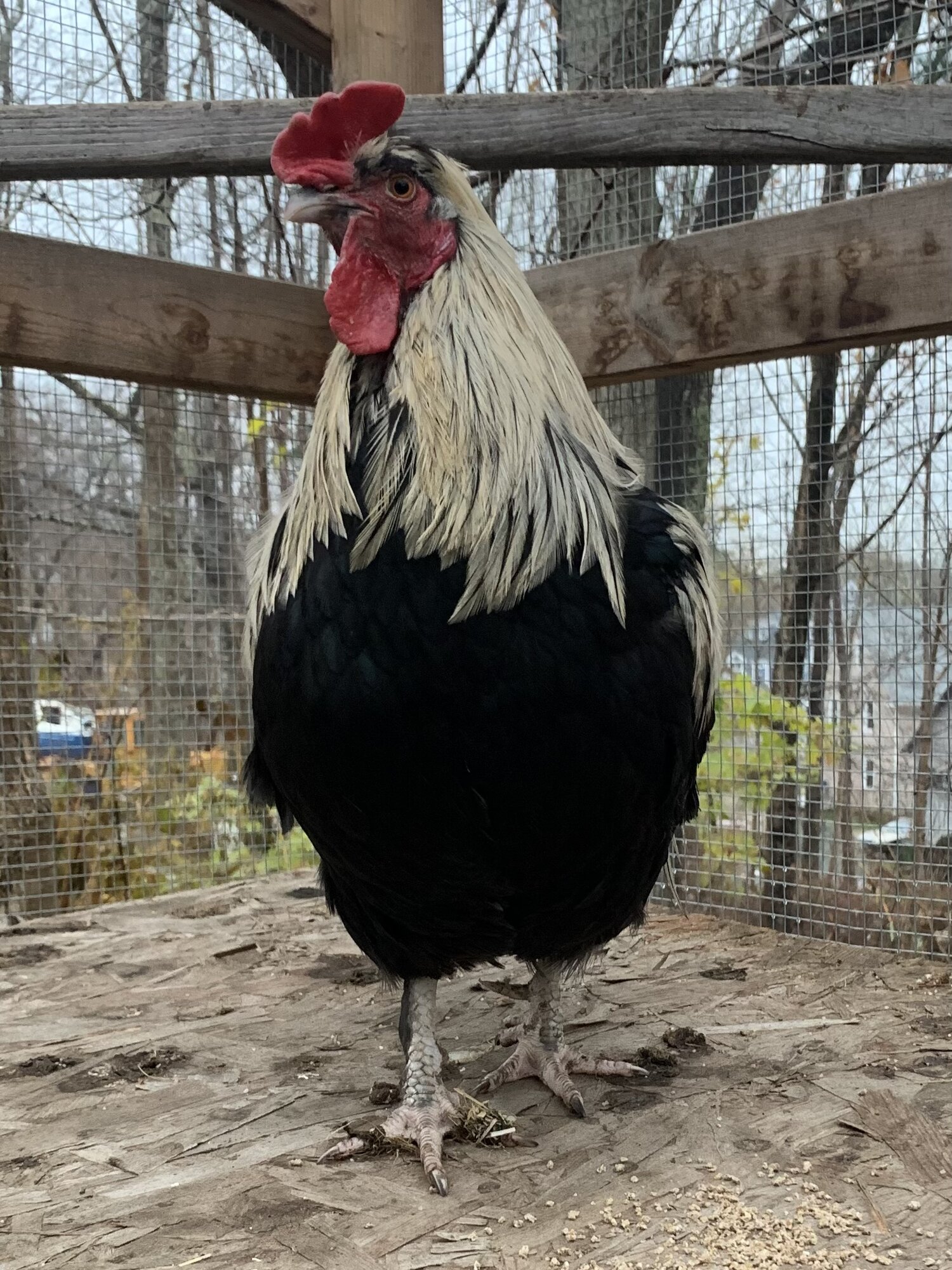 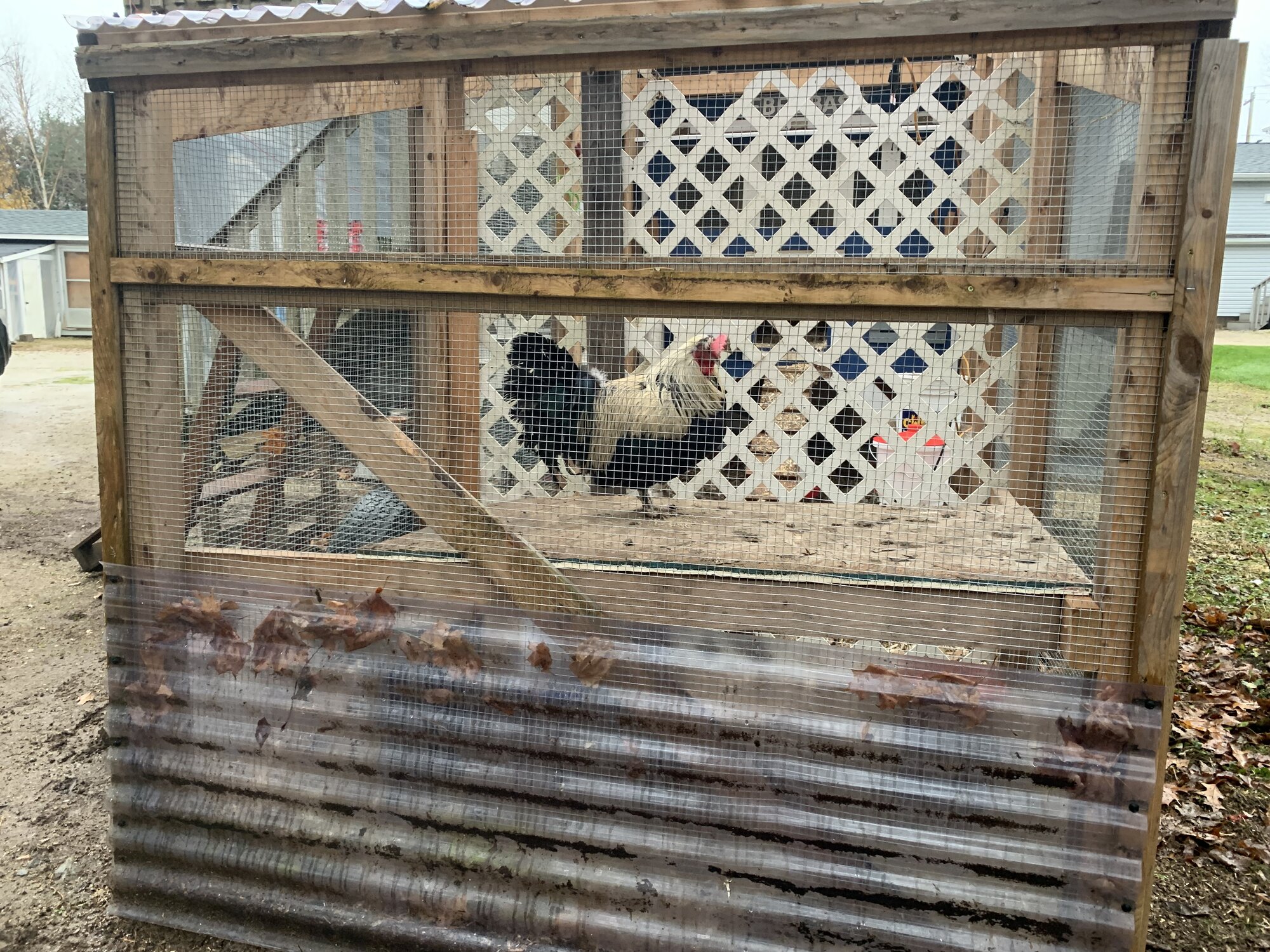 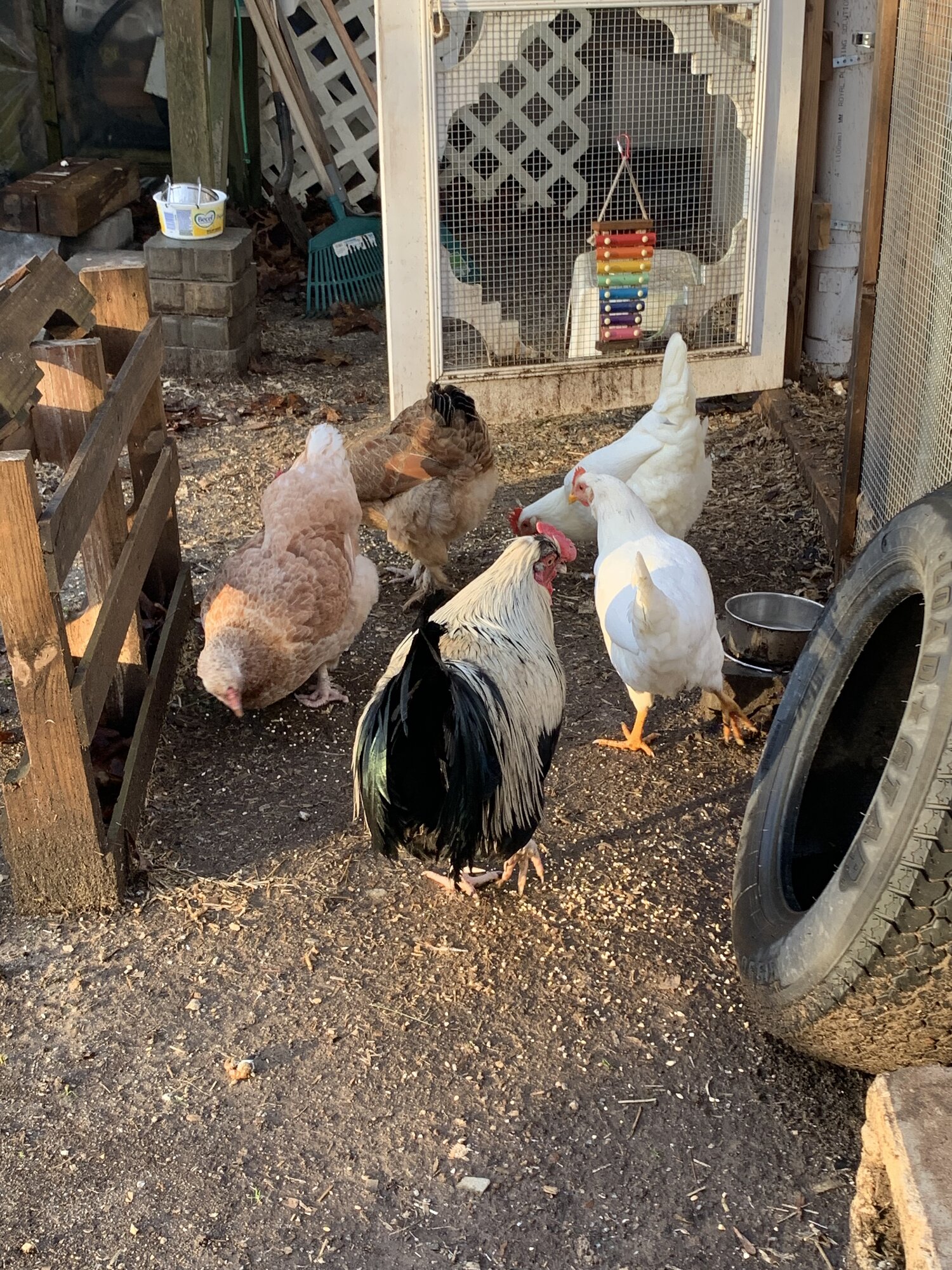 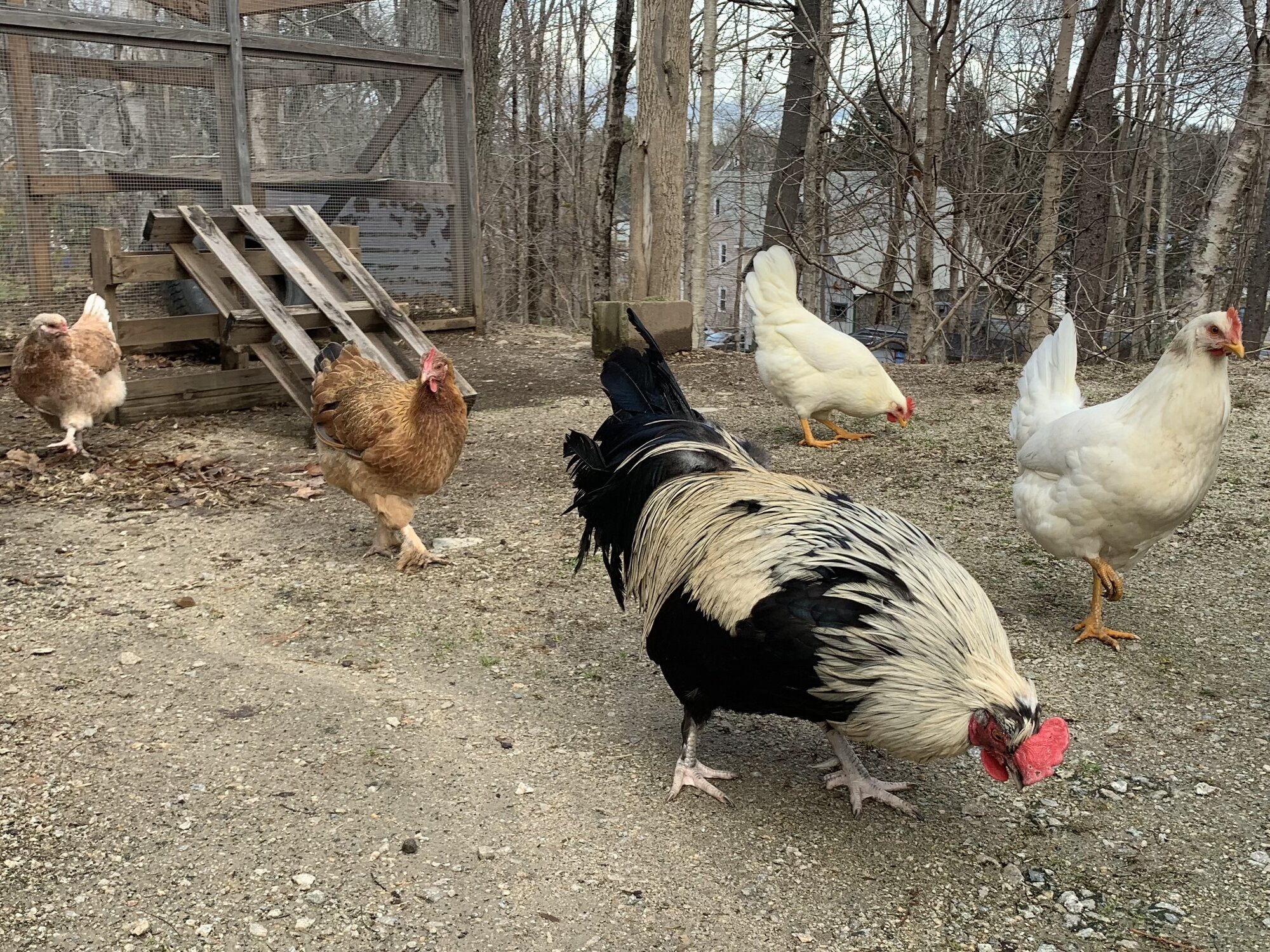 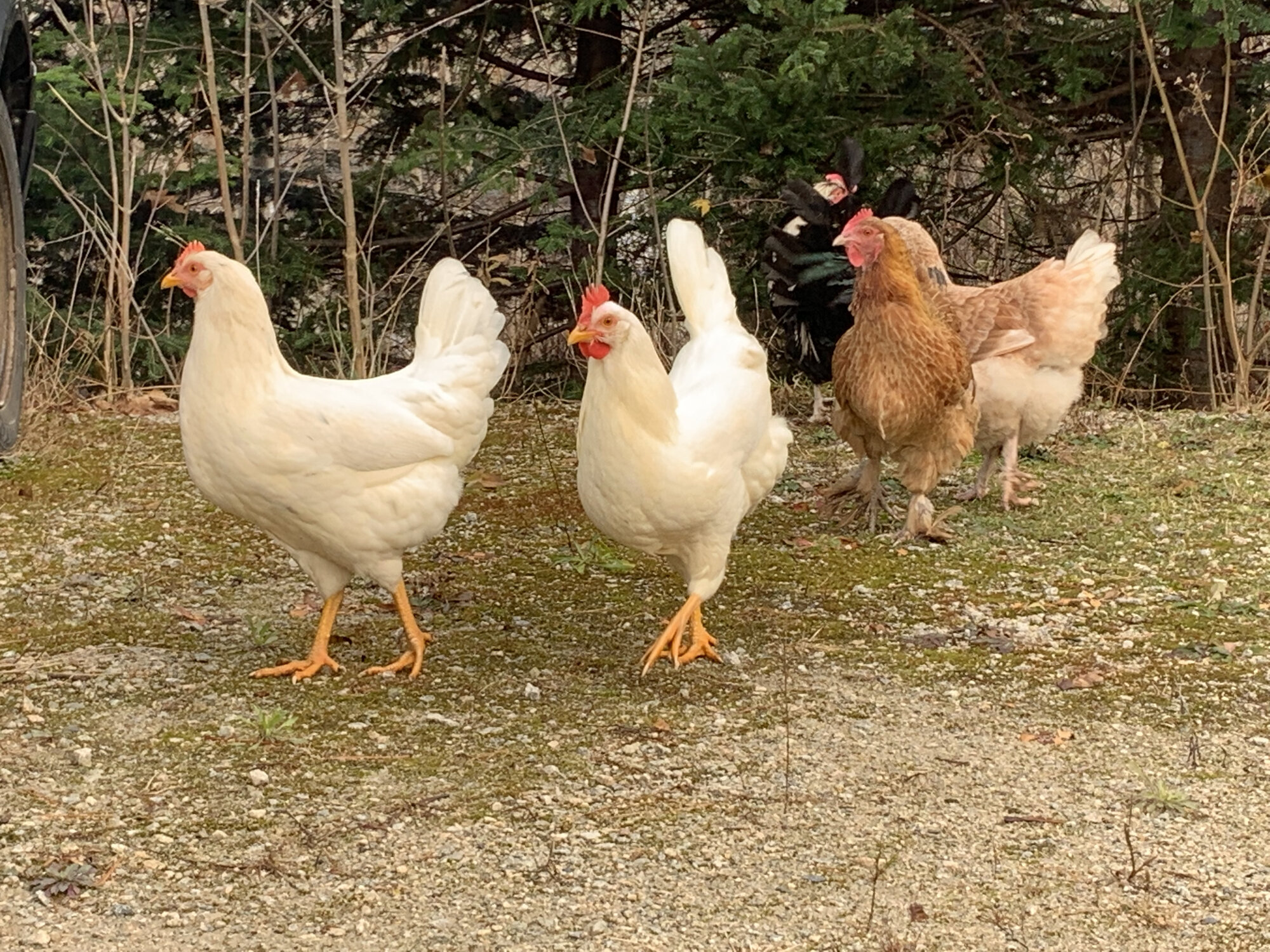 Welcome from New Orleans. Glad to have you back, your chickens are lovely.

Phillip is beautiful! I know what you mean. Rooster song is great to hear, and they are nice to look at.

Rooster showed up with wild turkey hen flock, now what do I do?
2 3 4

Would it be cruel to keep a rooster separate but together?