Is My Chicken Blind?

Hey folks, I have already posted some threads about my chicken but now my question is this; If my chickens' eyes are cloudy and I knew that she was at least temporarily blind, is there still hope that she will get her vision back with the right nutrients?

There's a chance she has an eye infection. You might try flushing her eyes with saline and use an ophthalmic antibiotic in the eyes twice a day. You may be able to find Terramycin ointment at your feed store.
J

Is it possible that she got this infection during an animal attack? This is how all of this started...

Yes, but details would help.
L

One of our chickens got attacked and was bit in the head but survived. She is now blind in one eye but still fares fine. I have heard of completely blind chickens that did fine, so hopefully the same is with you if she loses her eyesight. Good luck!

Can you post a picture of her eye? How old is she?
J

I will go take a picture of her as soon as I can. Here are some details:

I used to have 4 chickens BTW.

It was a warm and clear night. The time was 8:45 PM. I heard my dog barking her head off but didn't think of it. She is a complete wackadoodle. The next morning, two of my chickens were missing. I found one of them in the forest completely torn open, eaten, and with her head missing. The other has yet to be found. In the coop, one chicken was and is still perfectly fine, she sleeps very high up the roost, which may be why she was unaffected. The last chicken, Parm, was in the run laying down with her eyes shut. She wouldn't open them. Parm was unscratched besides some teeny tiny redness around one eye. She didn't eat or drink for one day. Then, she finally started eating and drinking from my hand. About 1-2 days after the incident, she partially opened one eye and seemed to see a bit, but I truly am not sure. 2 days later, she partially opened the other and the first was mostly open. The first eye to be opened (I will name eye A and the other eye B for the sake of it), was mostly clear and a bit dilated. Eye B was very dilated. Today, both eyes A and B were partly cloudy and as dilated as before. She still cannot see as far as I can tell. She has been laying mostly regularly.

It's not easy to tell whether an eye issue is from brain injury or an infection. It's worth treating for infection to possibly restore her vision. I'd give her a 50-50 chance of improving, not great odds but worth the effort.

The longer it goes without treating, the more chance blindness will be permanent.
J

Could you please specify how to treat her eye with the Terramycin Ophthalmic Ointment.
J 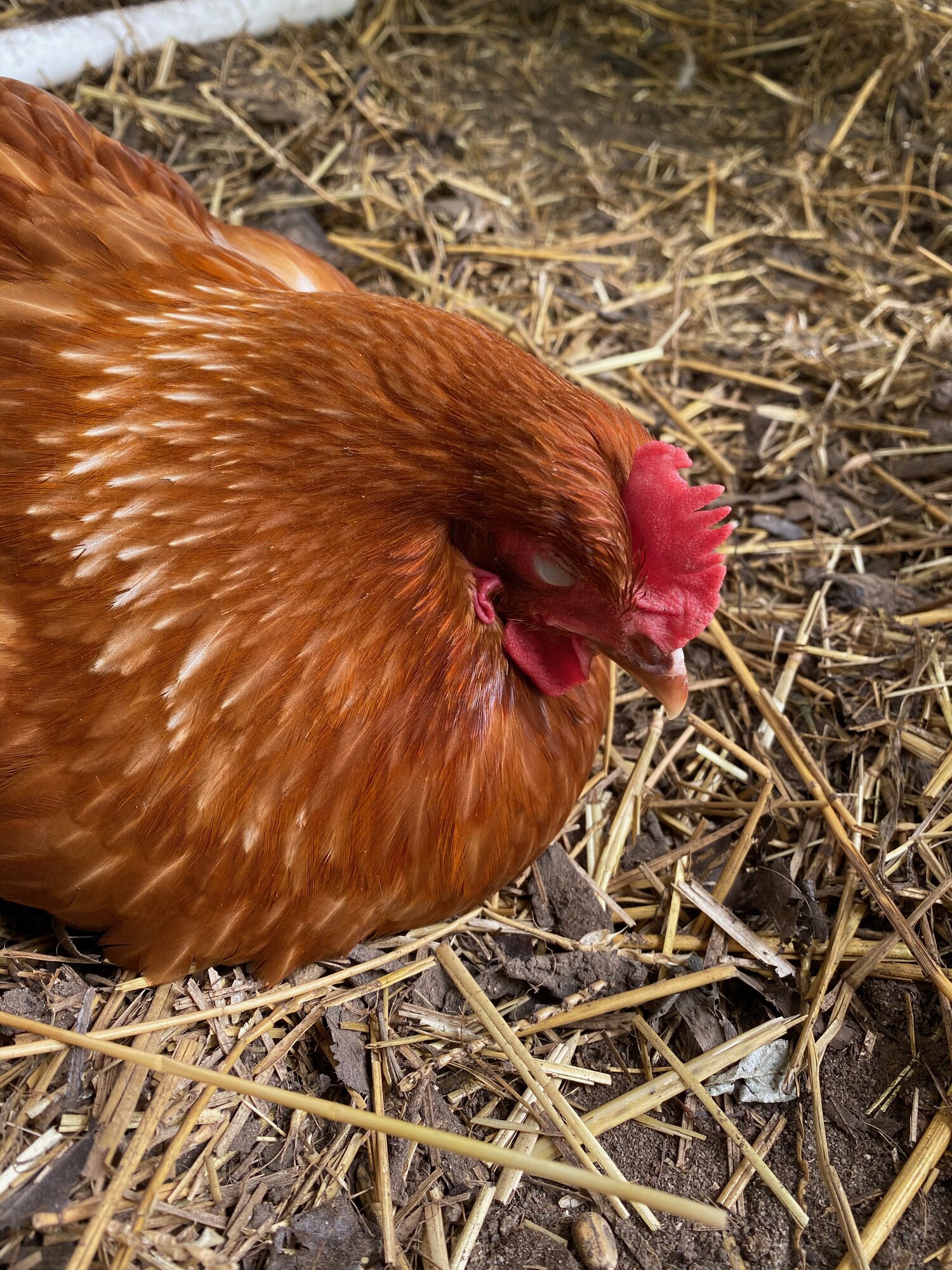 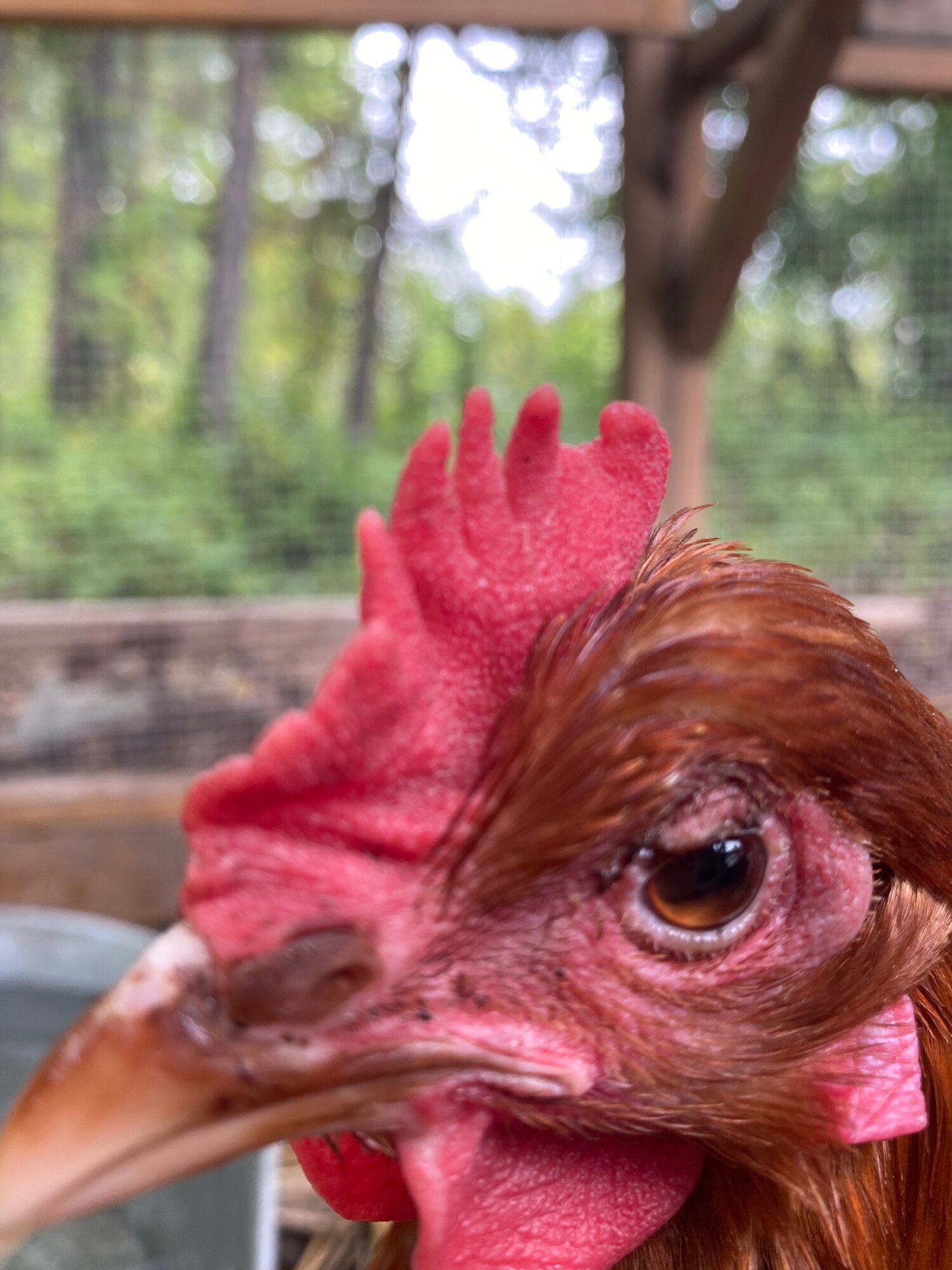 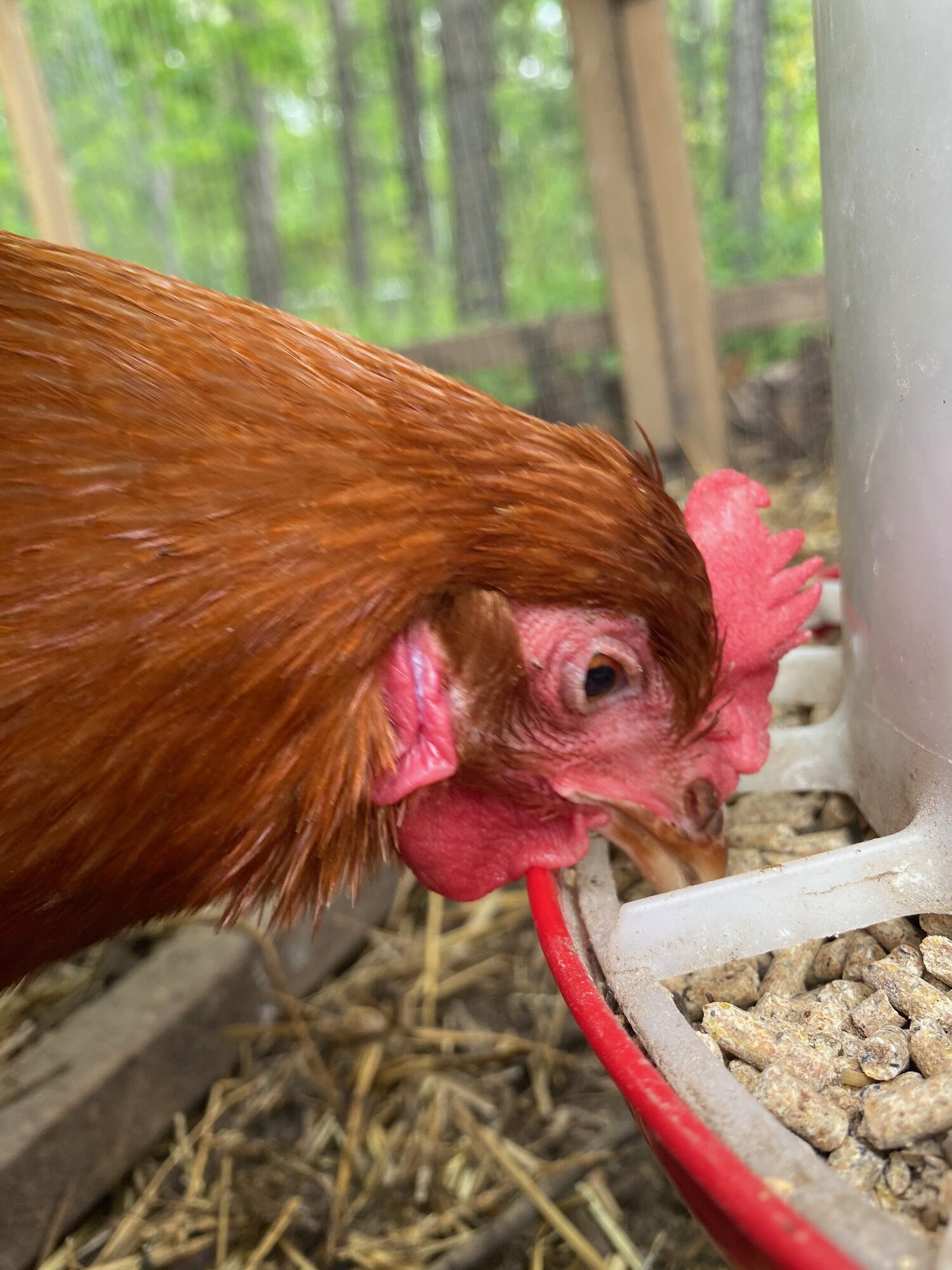 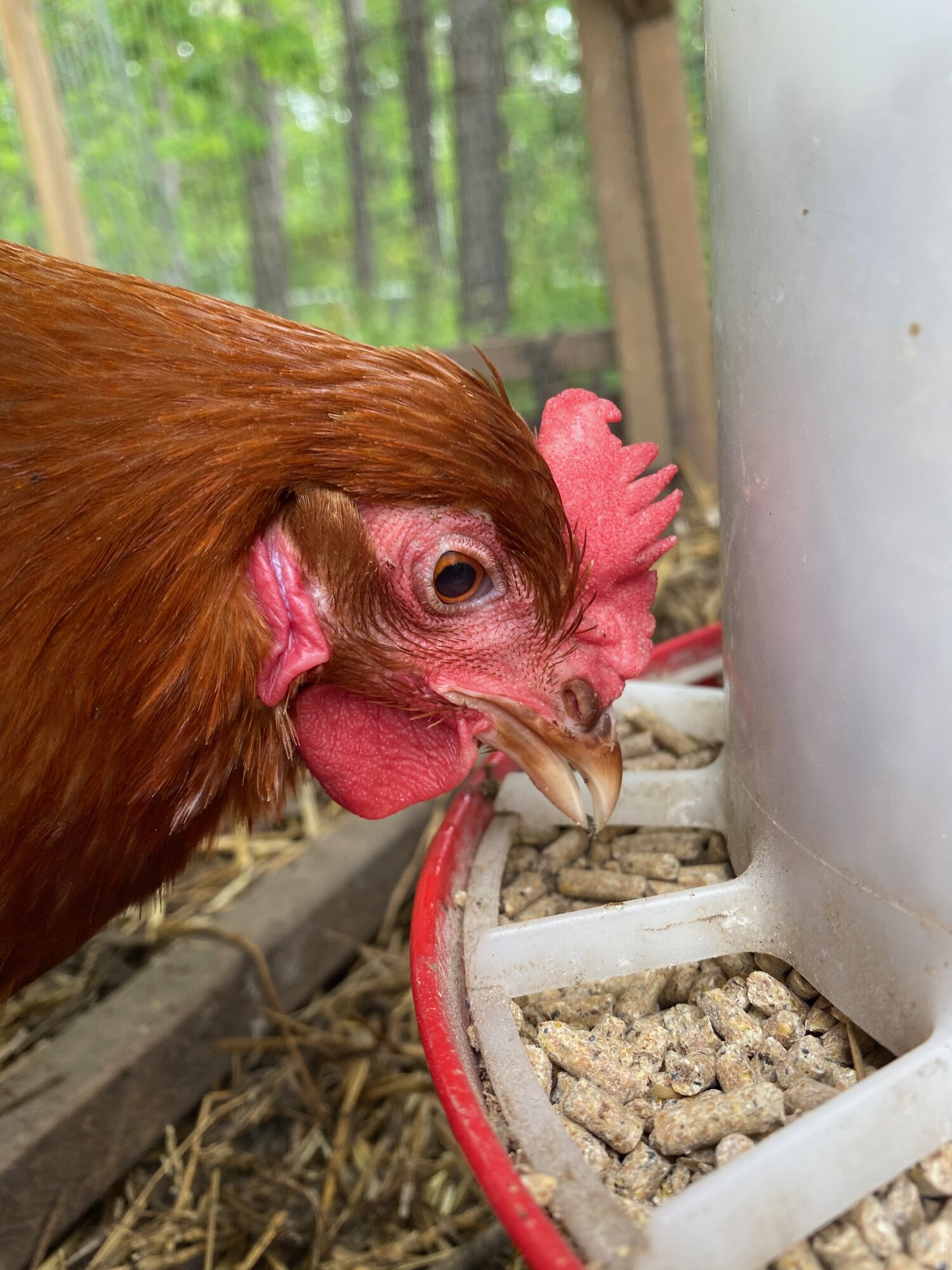 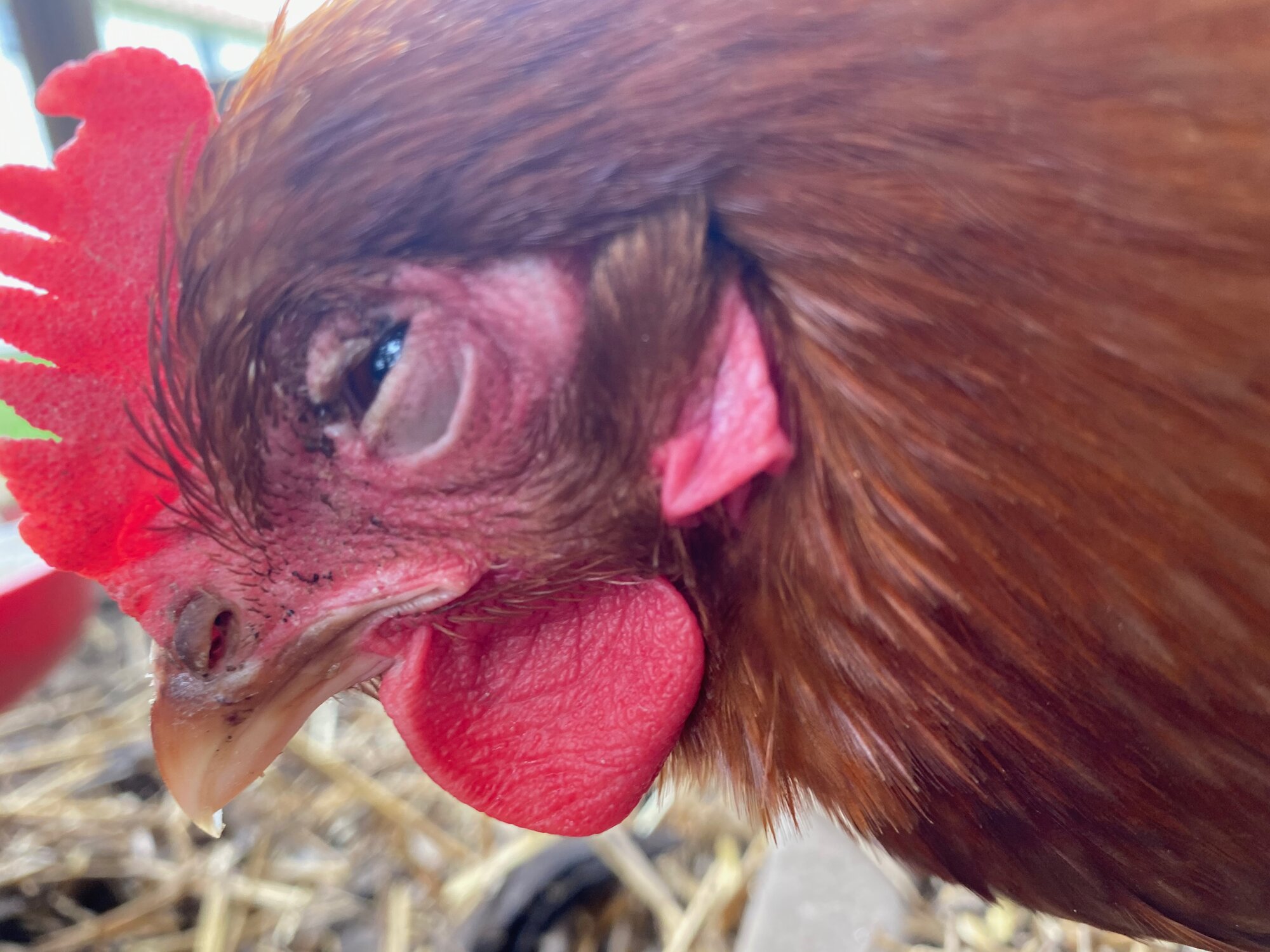 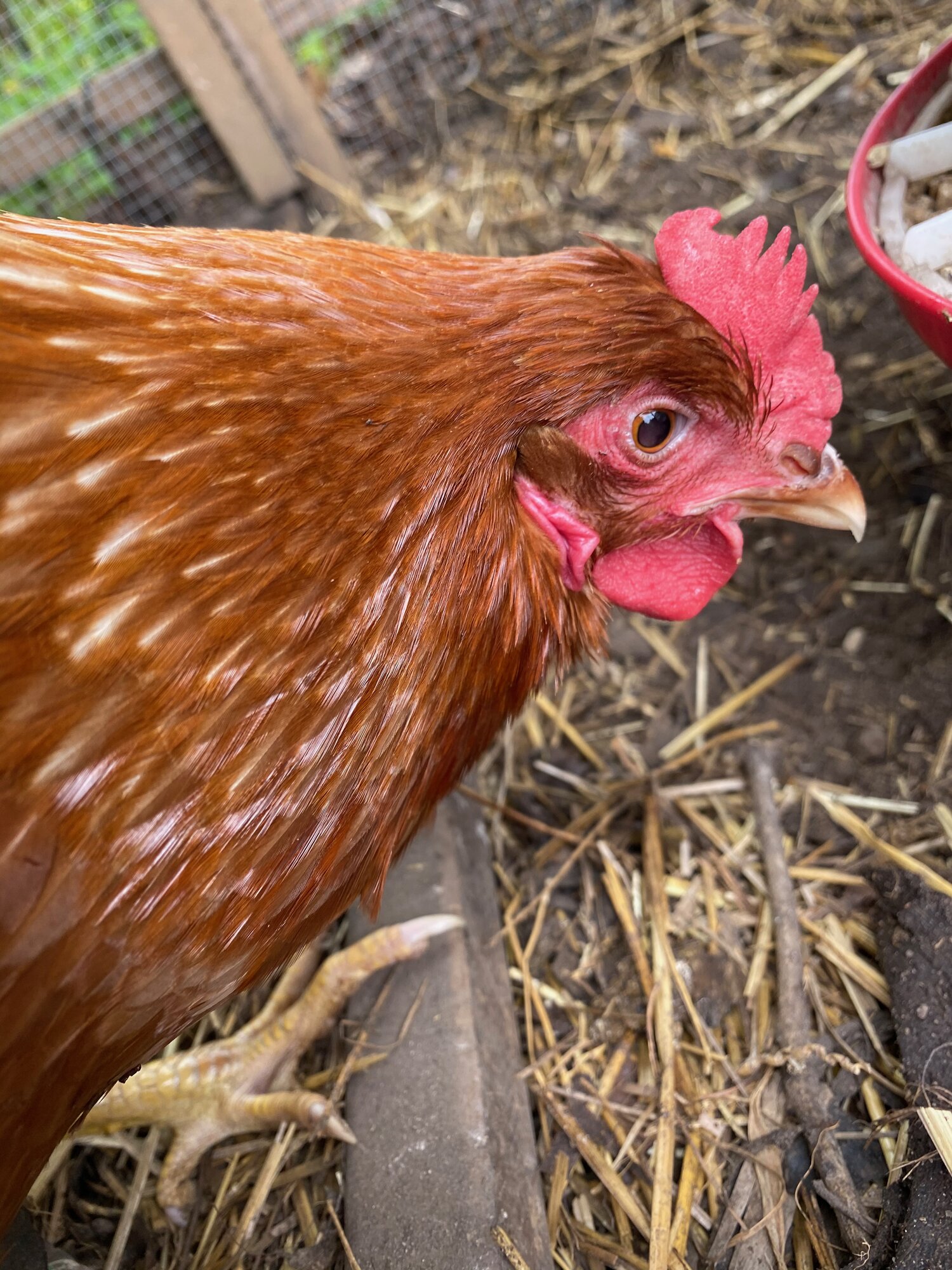 Blind Eye is 'sinking' inside.
2

C
How do I help a half-blind chicken preen one wing?

Teaching a blind chicken to eat?