Is my flock normal?

To put it lightly, I have a scary bunch of birds. They're friendly and assertive to the point of being over-the-top. Whether unleashing them in the morning, or simply walking outside at any point, there are birds flying from every direction directly at faces/onto heads/shoulders (flying on top of each other if there's no available square inch on which to sit), not to mention mobbing feet so that it's impossible to move. If I had $5 for every time I've ended up with scratches near my eyes, cheeks, and inside my bottom lip after a simple outdoor excursion, I'd be well-off. Sprinting doesn't work, either.

By that point, they've gained so much momentum from running/flying after an attempted escapee, stopping suddenly means instant death for the unlucky individual. Guests aren't an exception. I'm truly afraid my little crazies will injure everyone from UPS personnel, to the mail lady.

That's only the beginning! An open door to the mud room comes as an invitation to all 70-some chickens, ducks, and turkeys. Nothing's scarier than an aggressive oncoming flood of birds who act as a battering ram while you're trying to shut them out. Some literally push their way in. And the last thing I want is to be alone in an enclosed space with these feathered maniacs. It's nearly impossible to remove them, unless bribed with snacks.

Nearly everything is intimidated by vehicles, correct? Not these birds! After pulling into the driveway after a long day of errands, anticipating relaxation, such dreams are shattered by a flock en masse storming my car....immediately. Honking loudly to prevent them from getting flattened just doesn't work! The worst part? Praying they won't fly inside while you're vulnerable, which has happened in the past. Terrifying, to say the least.

As an avid flock photographer, I am required to practically lie down in order to capture the best angles. My beloved ladies, Marans particularly, seize the opportunity to do what they do best....bite through clothes. There are bruises and drawn blood everywhere on my body. I should win an award for the ability to hold still enough to take clear pictures, all the while being ripped apart behind the scenes. It's become an Olympic sport, in my opinion. Might I add that a certain little cockerel routinely perches on my back and munches my sensitive ears during photoshoots, as well?

Hens wing dance, tidbit, grow spurs, flog my legs when they feel it's dinner time, and crow. Roosters are wimps. A sudden death in the flock also means a sudden meal. In one instance, they didn't even wait for select victim to kick the bucket before digging in.

Is this normal? Please tell me I'm not alone here!

Did u encourag this kind og behaviour as chicks like letting them on ur shoulders this may be y they are flying towards ur head? Were they used to ur car sounds as u came in the yard

It sounds a bit extreme. Are they getting enough to eat ?

I agree something is encouraging this behaviour

Does not sound normal to me. Sounds like your flock is starving for starters. Well fed birds are not usually aggressive like that. My chickens flock to me but they don't peck me, they follow me everywhere I go but don't hurt me. I'd be sure they have plenty of chicken food and give them snacks of lettuce or hard boiled eggs or whatever they don't get from free ranging (California is dry and there is no grass, so mine get greens). Second I would put up a fenced in run for them so they are not in danger of being hit by cars and can't attack random folks coming to visit. Get a 350 foot roll of 4 foot farm fence and make them a 80 foot square free range area. Best I can suggest, good luck. And, by the way, where are those photos? I wanna see! 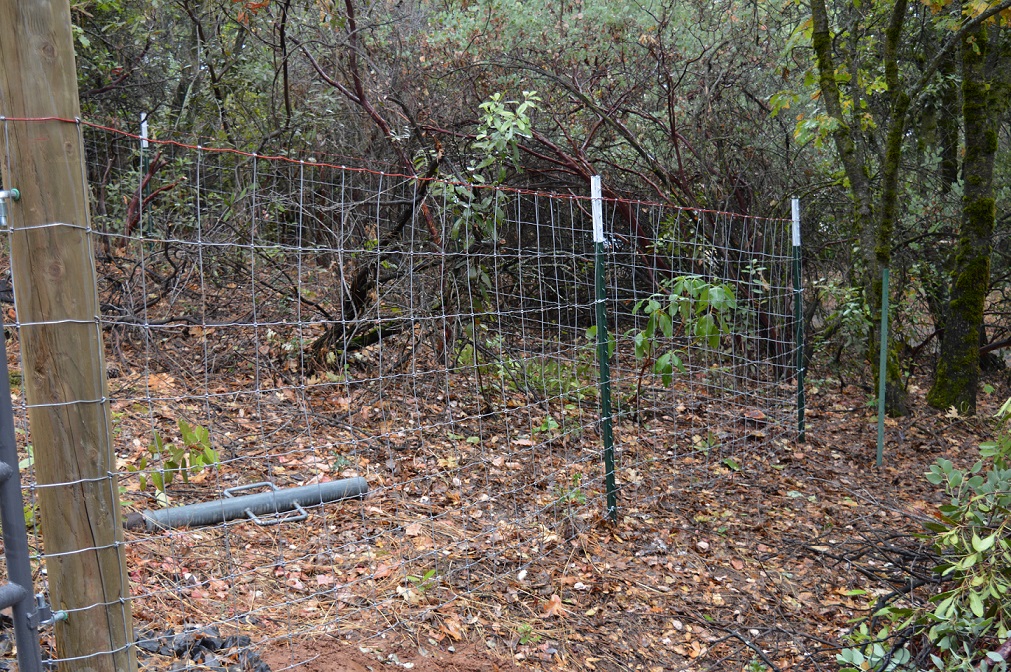 I’m going to be the odd-one-out and say... Yes, it is normal! Your birds either love or despise you. With a large number of birds in that mix, odd behaviors are bound to happen.

Definitely not normal.
My girls run to me then just stand begging at my feet for treats.

Give them more food. I know my birds are out when they mob my front door.

You are going to need the services of a flock exorcist.

Well, then, it's as I suspected.

I've never felt like they were starving. In fact, some are slightly overweight. Full crops every night, too. Not only have we switched them to a high-protein feed to accommodate their carnivorous habits, but leftovers and kitchen scraps are always thrown out to the "garbage disposals."

That said, I will try feeding them even more just to see if it helps in any way.

We raise unbelievably friendly birds. From day 1, fluffy babies around here receive constant snuggles and socialization. Yes, some have always flown on us, which could be the culprit. And, monkey see, monkey do, as the saying goes.


TwistedSteel said:
You are going to need the services of a flock exorcist.
Click to expand...

You have me dying over here.

Peppercorngal said:
And, by the way, where are those photos? I wanna see!
Click to expand...

Unfortunately, I'm usually too occupied trying to escape when they mob me....here's what I found, though. 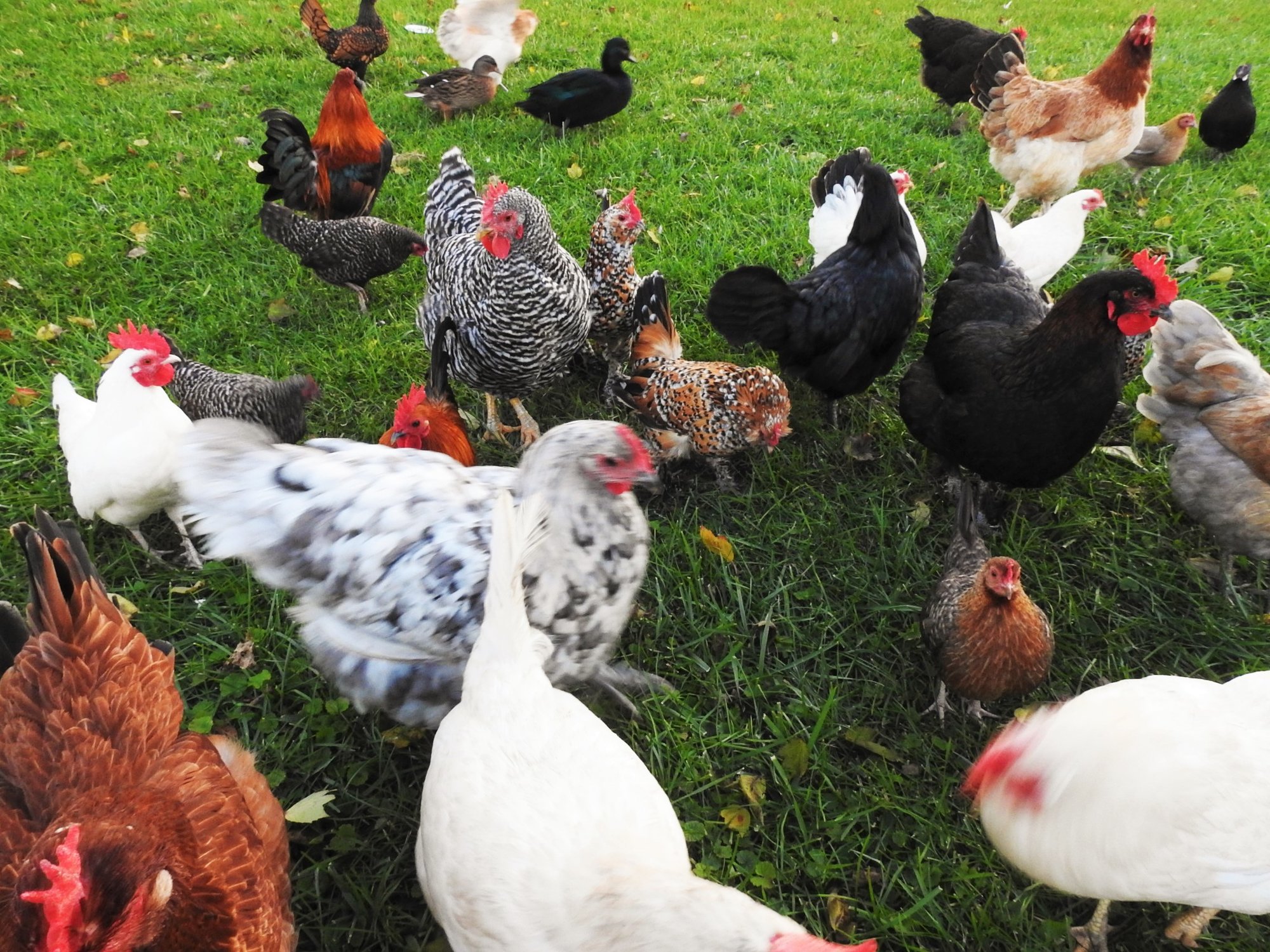 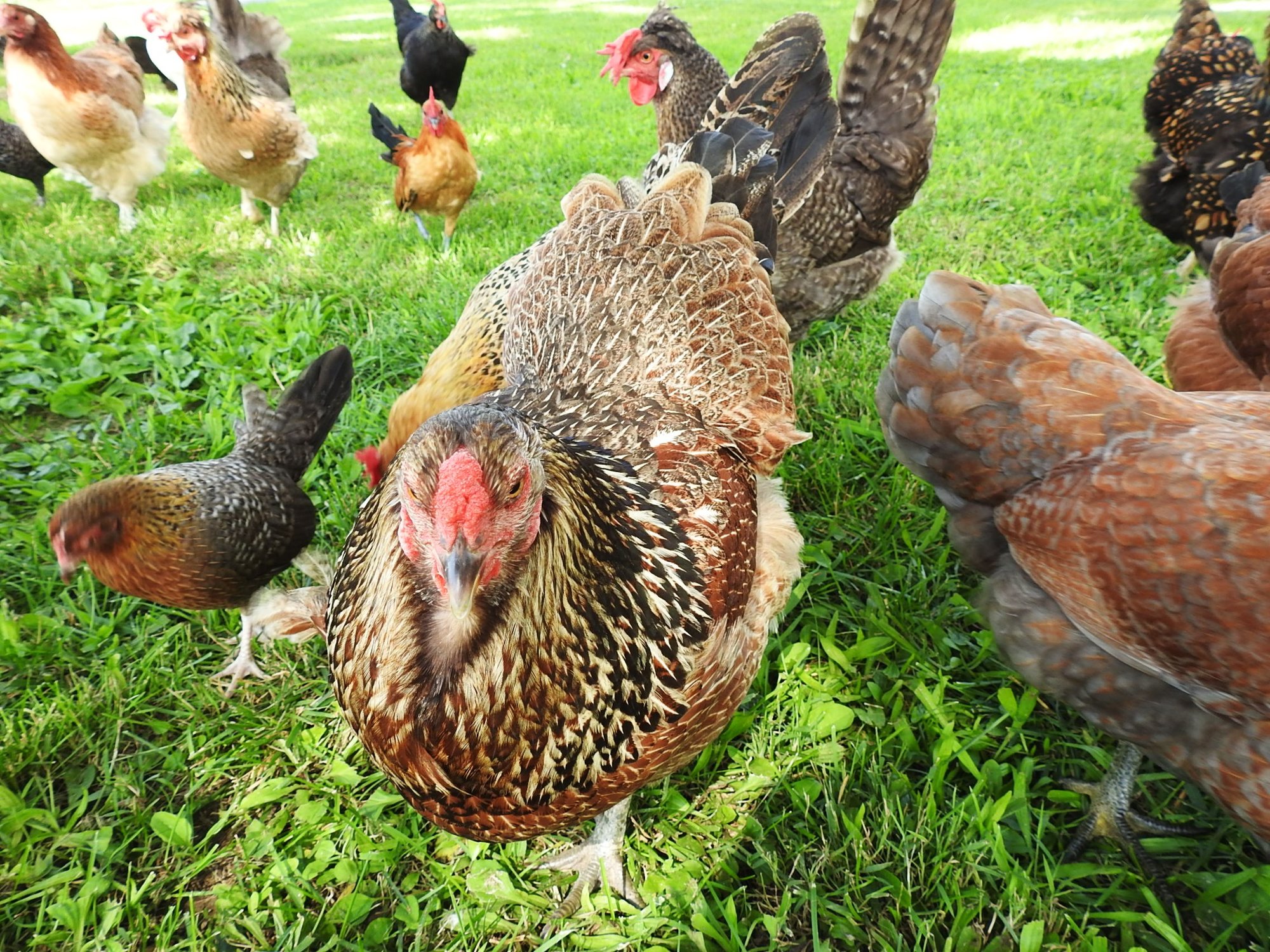 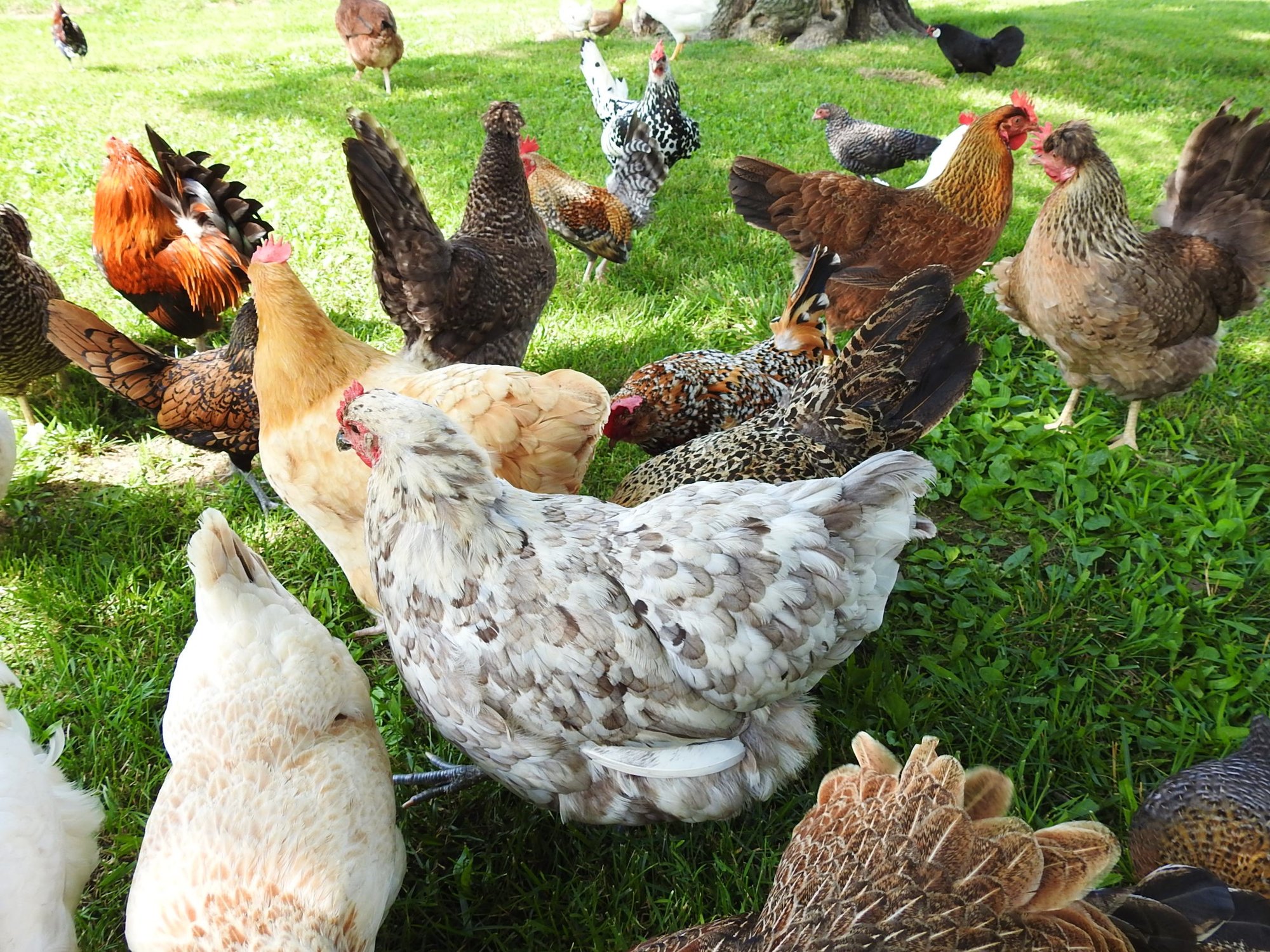 And, the aftermath of running away: 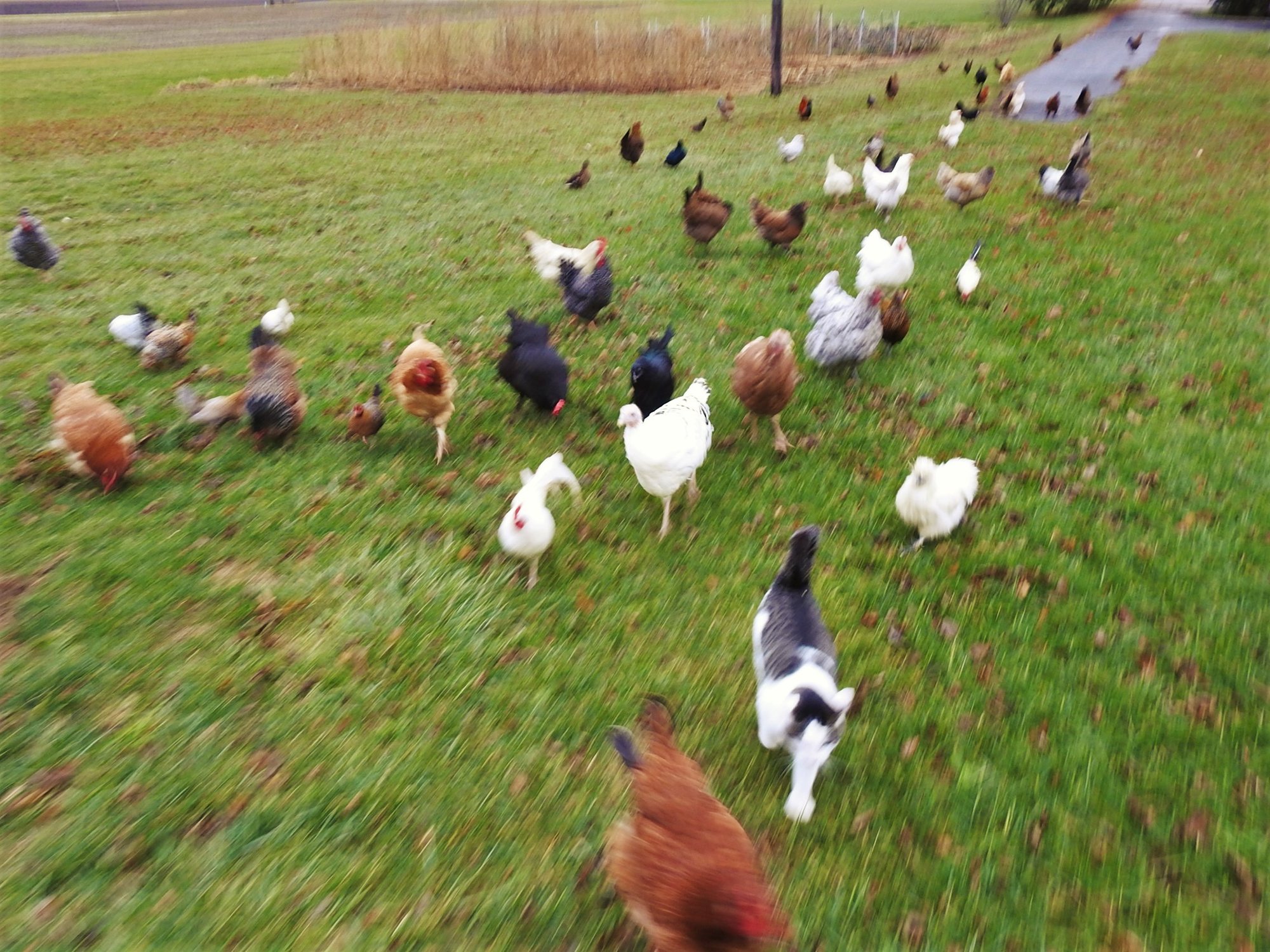 A
My chicken suddenly became aggressive

Change in rooster behavior after rehoming part of flock