IS THIS CHICK BLUE?🤔

These chicks hatched yesterday. Two are obviously black, the third one I think may be blue. I want this chick to be blue so that might be influencing my eyesight.

Was hoping to get some other opinions out there. I know difficult to judge in photos sometimes. Just wanted to see what others think? Father is recessive white silkie, so his genetics could be hiding anything. Mother is black, Ameraucana/BCM.
Chick has some yellow feathering on the legs and wingtips and looks very similar to my blue birchen Marans when she was a chick.
Thanks! 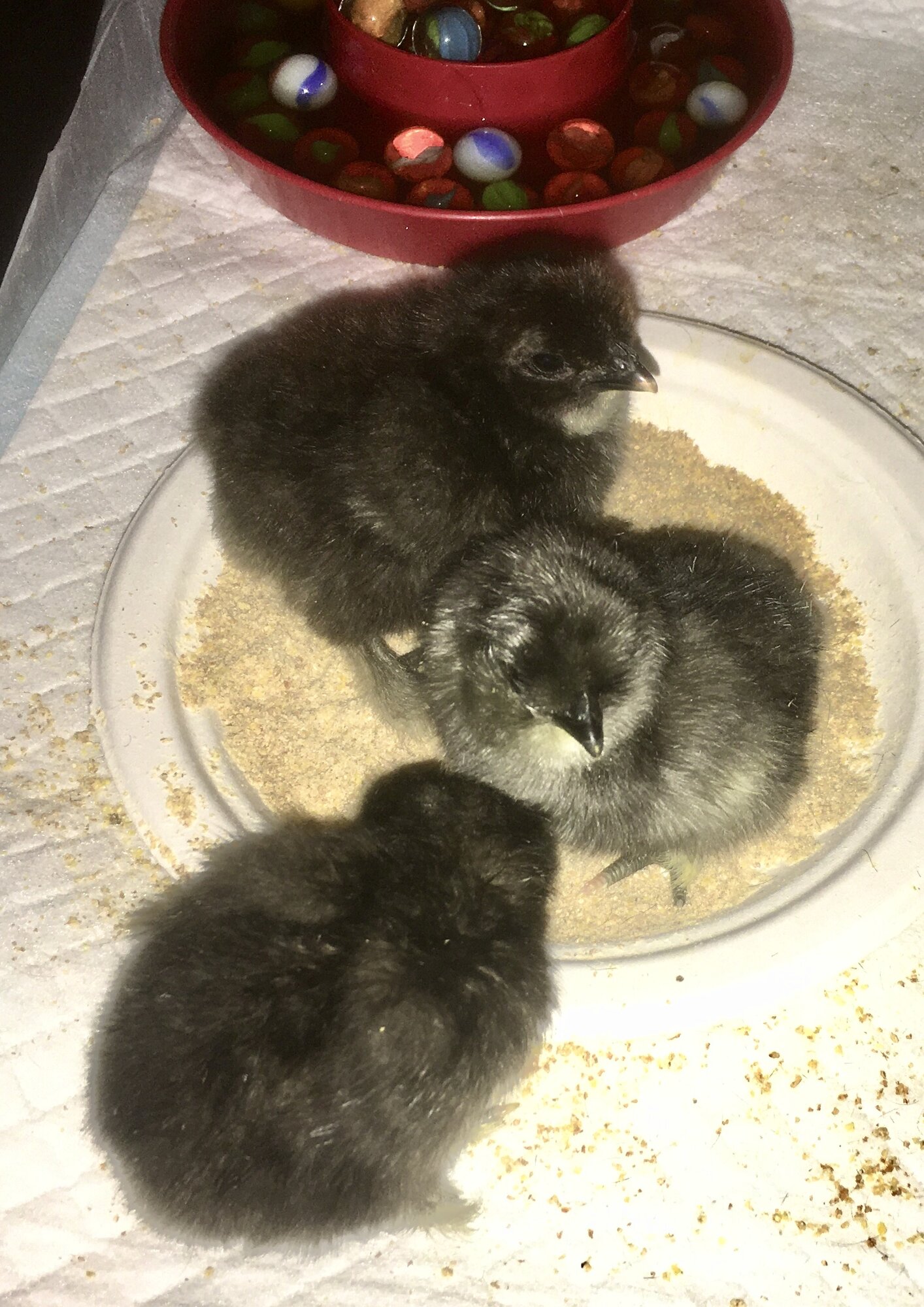 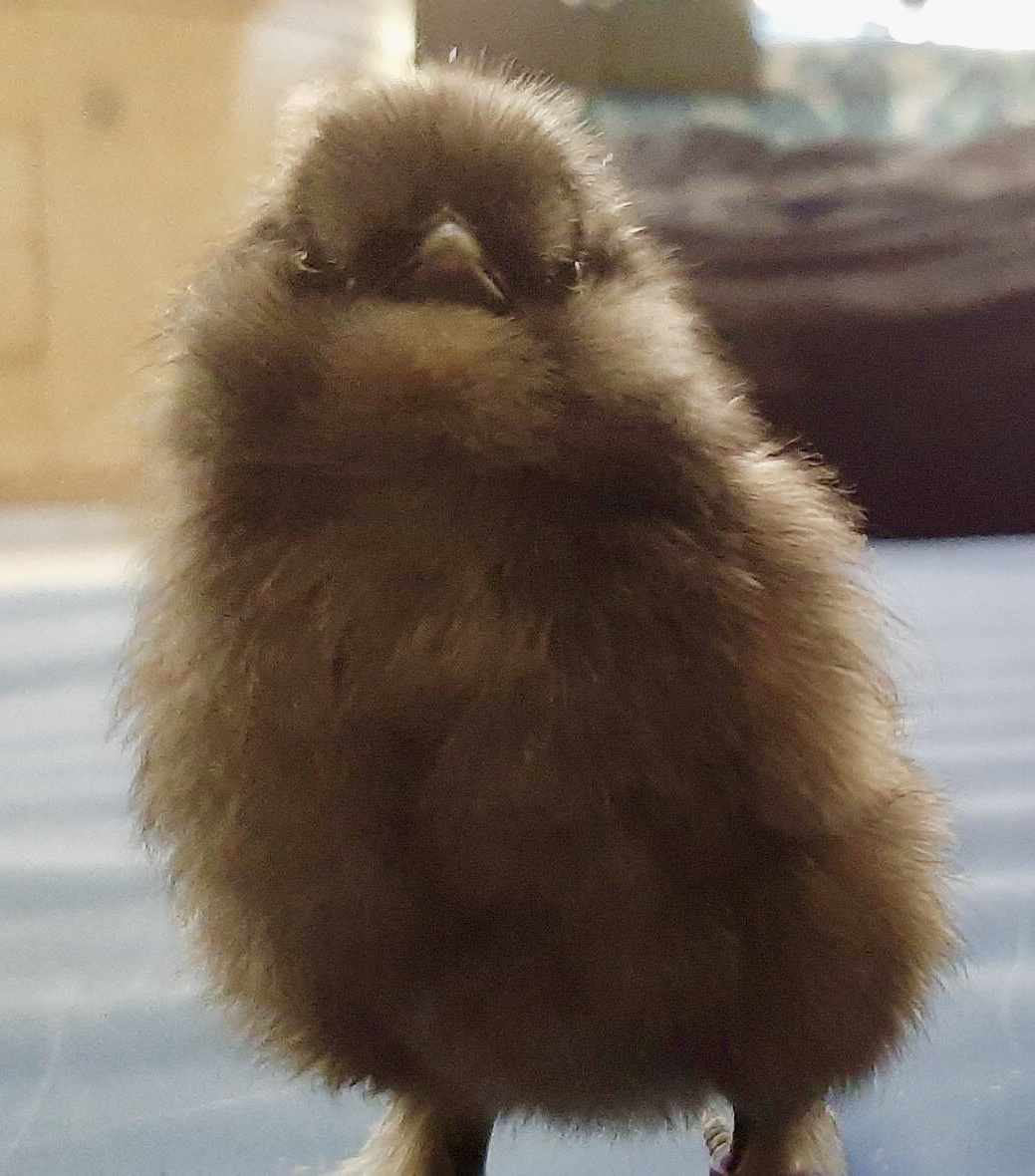 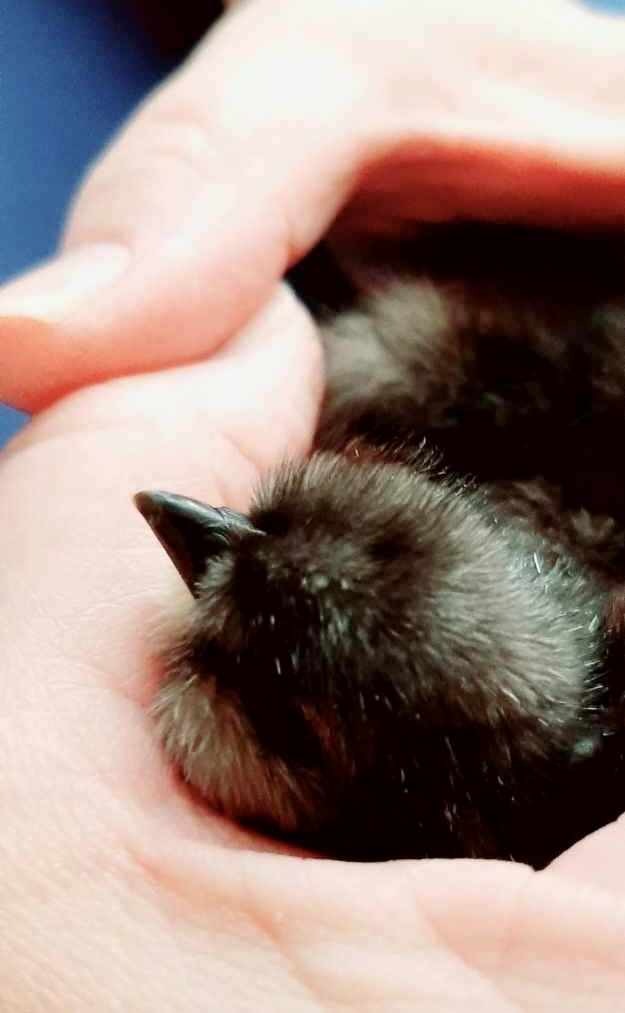 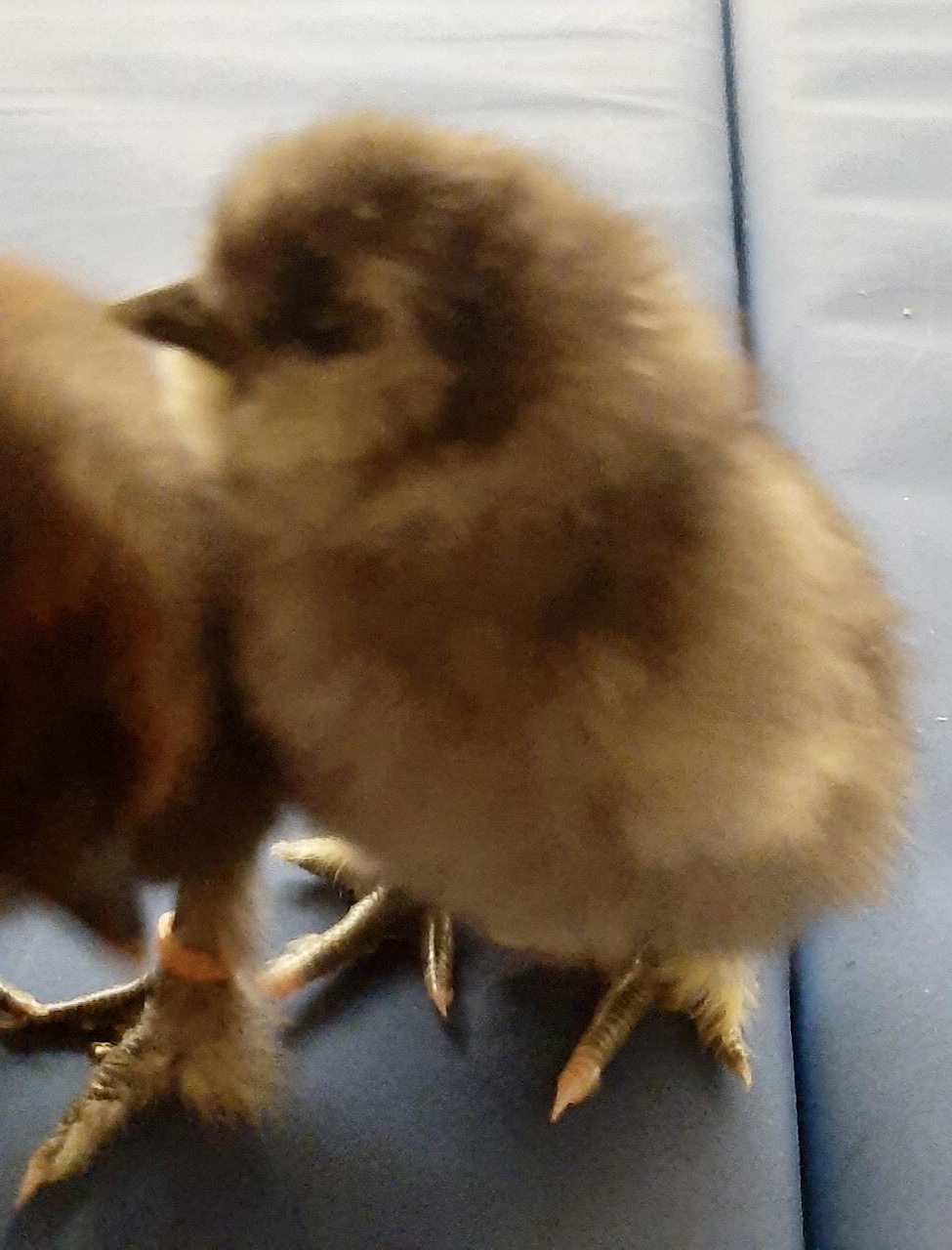 I can't get past the face in the second pic. Oh my goodness.

Overo Mare said:
I can't get past the face in the second pic. Oh my goodness.

She (hopefully) is super cute! Looks like she inherited the ameraucana muffs and beard. I am thinking of keeping this one! Plus a good chance of laying green eggs.

Looks blue to me.