It wasn't playing possum but what to do with babies? Sad Update

As I was passing by front of chicken coop today (I always use the back entrance because we never fixed the door on the front) I saw something out of corner of my eye. 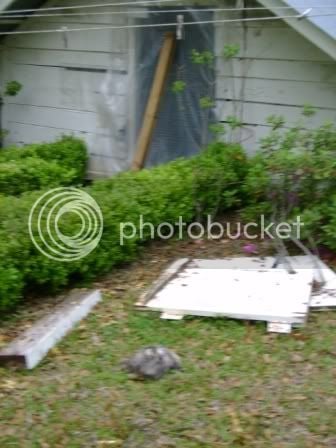 It was a dead possum - right in front of hen house. (I'm attaching a blurred pic so no one will say it was too graphic but also so you can see how close it got to the coop). At first I'm thinking maybe it's just playing possum but on closer inspection can see its guts hanging out. At first I think "Way to go Rex and Lucy - good job" which I guess still applies. But then I see something moving.

It was a little baby - blind, hairless. There were three - one dead a little ways from the body and when I turned the body over there was one on its belly, not looking too good and covered in bugs and the one I saw moving, was trying to crawl in the mama's ear. 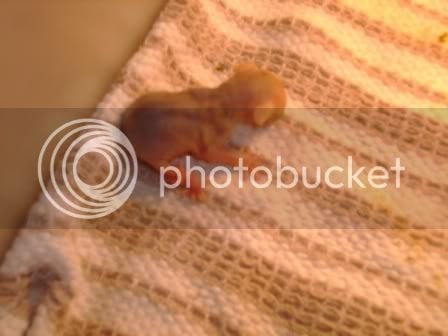 I brought the two live ones inside and it just so happens I have chicks pipping so I had a heated brooder bin set up in bathroom. I put them under light and ran to answer phone. When I came back one was dead already but the other is still very much alive.

WHAT DO I DO NOW? I couldn't just leave it outside to die and I can't kill it. It's blind, and tiny and it's mama is dead.

Anyone ever hand raised baby mice or rats and know what to do? Do they even make bottles this tiny? I held it in my hand and tried to let it drink watered-down milk from my palm a drop at a time because it keeps making sucking sounds and motions.

Irony of irony - I have a possum in my brooder box and my first chick just hatched.
Last edited: Apr 2, 2008

Is there a wildlife rescue place near you or a vet that does that sort of thing? That is all I can think of.

But, I bet that baby needs milk soon.

I have raised many baby opossum. Get milk replacer for puppies and feed according to the directions. Do not feed Evaporated milk or watered down milk. A little sugar water will be ok for a couple hour til you get some formula. Make sure they are warm and stimulate them to urinate and deficate after every feeding. That baby will need to be fed every three hours. Start with an eye dropper and move to a bottle sold especially for new born puppies and kittens. Good luck feel free to PM me if you have any other questions or a problem. Oppossum are one of the coolest animals and I have a deep respect for them. If you plan to release the diet will change when the teeth come in.

i would kill the possums.i dont care if they are babies.they grow up tobe chicken killers.

Quote:
Awwwww...how could you possibly kill such a tiny, hairless, adorable little thing???

There are peeps on here that have possums as pets. I think they are cool!! I would own one!

Quote:
Thanks Jen - this is literally a one stop sign town, and our one store is closed, so it will have to be watered down milk for now. I don't have an eye dropper but will try to improvise till morning.

At what age will they open their eyes? I don't think it's more than a day or two old and it looks like the mother's been dead at least since last night if not before.

I hope he makes it till morning. My husband just got home and said...well never mind what he said. I handed it to him and said "OK. Mr. Tough Guy - you kill it." Of course he just walked off so guess I have a baby possum to raise. I just bought my first baby ducks today too so it's been a busy day with chicks hatching, ducks to set up a brooder for, and now a baby possum to mama.

Hey, this is the first time I've logged on and seems I'm a moderator (well so is everyone else but "hey cool".) Mr. Hacker - Can you add aka Ellie Mae to that title?

That baby is more than a day or two. They are actually born about a pinky nail big and attach to the teat perminently swelled into the mouth for a copule weeks , so I would say it's a few weeks old. The eyes will open when it starts getting hair. You have some time. Definately get the mik replacer as soon as you can. Babies that small are hard to save. Good Luck! My husband thought I was nuts when I raised them too but now he is one of their biggest fans. I have never had the ones in my yard go after a chicken or duck. They DO LOVE the eggs though. They will feast on the eggs and chicken feeed before they bother with the chickens. (NOT in anyway encouraging them together)

well i do have a heart.but i also know an seen the damage a possum can do.they can wipe your flock out in a matter of nites.an then its time to start over.

I'm surprised your description hasn't changed to that!

O
What killed my chickens and ducks?

Apr 19, 2022
Snicketysnoksnaksnik
S
C
Suffering from mites and have baby chicks on the way. What to do??
2