This ‘raising chicks’ thing is stressing me out. I’ll post in the intro thread about the rest of the ordeal, but right now I need help.

Of the 6 chicks we have today, one of them became lethargic and has very labored breathing. Her vent appears clear, and she hasn’t had pasty butt in the week I’ve had her. On her left lower quadrant, there’s a lump/mass/something - not hard as a rock, but certainly not squishy.
They’ve been on chick feed with a bit of grit mixed in, with ACV water and Sav a Chick water available. I clean out their poop twice a day from their brooder, and the other 5 appear fine (eating/drinking/hopping about) but so did she earlier.
If it matters, they are Cream Legbars from Greenfire Farms. I’ve called them as well, but they didn’t return any of my other calls or emails so I don’t expect a response from them at this point.
Any help is appreciated

Labored breathing can be because they are too hot, pictures and more information about your brooder would help.
R 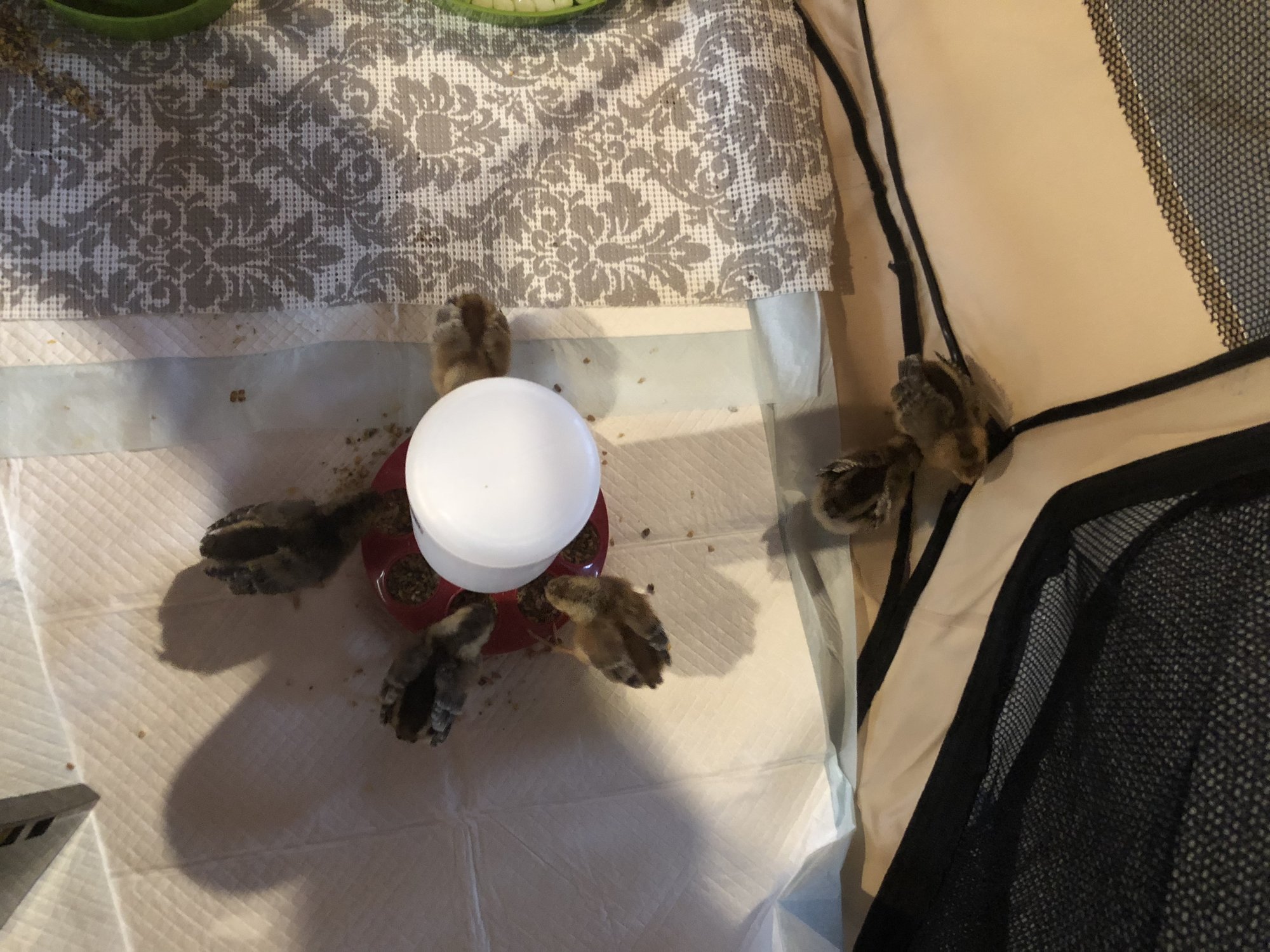 I’d agree it could be heat if not for her obvious lump and the other chicks being content.

It feels internal - if you are holding her up and looking at her from behind (clear and clean vent) it’s to the left, almost feels like her centre middle.
With limited knowledge I’d assume a blockage or a mass of some sort. Since her vent is clear and she hasn’t had any pooo issues I’m at a loss.

Unfortunately not all are formed correctly and they pass within the first few weeks after failing to grow. Not much you can do but wait and watch.
R

I appreciate you saying that. I’ve been trying to adjust my way of thinking to ‘do the best you can, and know that may be all you can do.’ It’s not easy, but I suppose nature isn’t exactly kind either.

Ruckusred said:
I appreciate you saying that. I’ve been trying to adjust my way of thinking to ‘do the best you can, and know that may be all you can do.’ It’s not easy, but I suppose nature isn’t exactly kind either.
Click to expand...

Nature isn't always kind for sure. Just do what you can to keep it comfortable, and if it appears to be suffering, you may want to consider putting it down. Not an easy thing to do, especially with baby chicks. (I ask my DH do to it...

Ruckusred said:
I appreciate you saying that. I’ve been trying to adjust my way of thinking to ‘do the best you can, and know that may be all you can do.’ It’s not easy, but I suppose nature isn’t exactly kind either.
Click to expand...

That's the best attitude to have when keeping chickens. You get bad along with the good. In my experiences there's not much you can do to stop most problems. Chickens are generally healthy up until they are not, and I haven't been able to stop anything long term once they start to have problems.

Feed and house them correctly, and nature does what it's going to do no matter what.
S

Could be an air sack issue - I just read about that on here today, by accident. The poster was treating the chick by removing air from the bloated part on the chicks side with a needle. Search the site, you’ll find it. Relieving the pressure this way will help it breathe better. I guess the air sack will heal eventually with luck?
Last edited: Mar 30, 2018

Wry neck not getting better. :(