Last Horse Show of The Season

My daughter Gracie and I headed off early this morning to the last show of the season. She was all excited as she was to ride in the leadline class for the second time. This time though, she had her own saddle, boots and clothes.

All the while though, it was a miserable time as it was raining. So I got the horse saddled up and ready for the class. Gracie was a trooper and never complained she was cold or wet. We stopped around the show photographer and got some pictures taken: 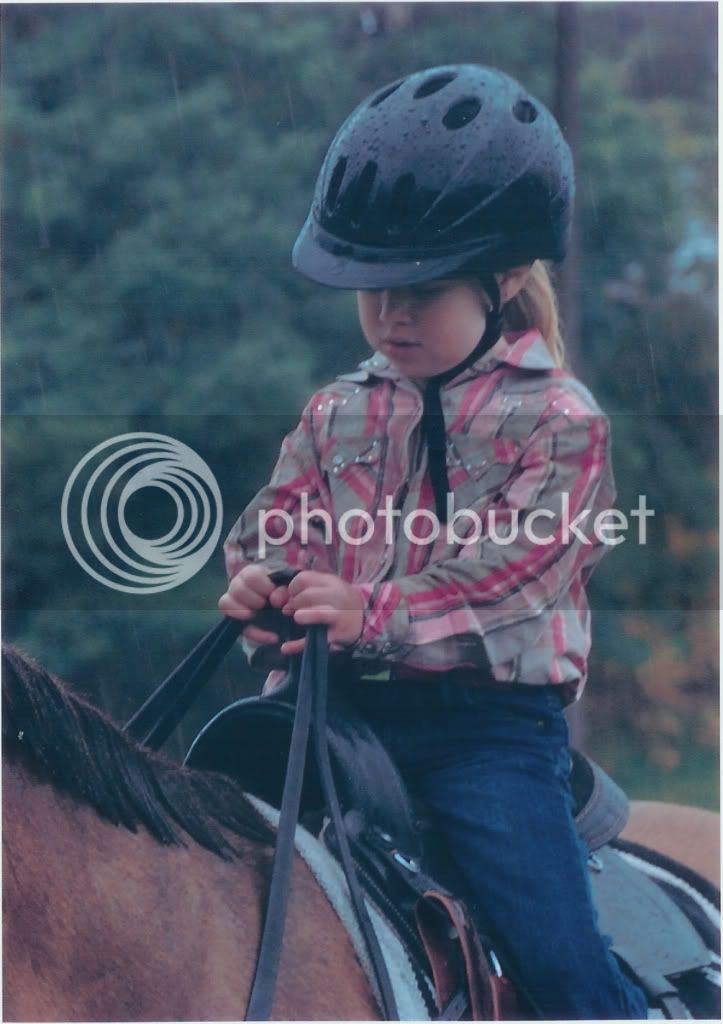 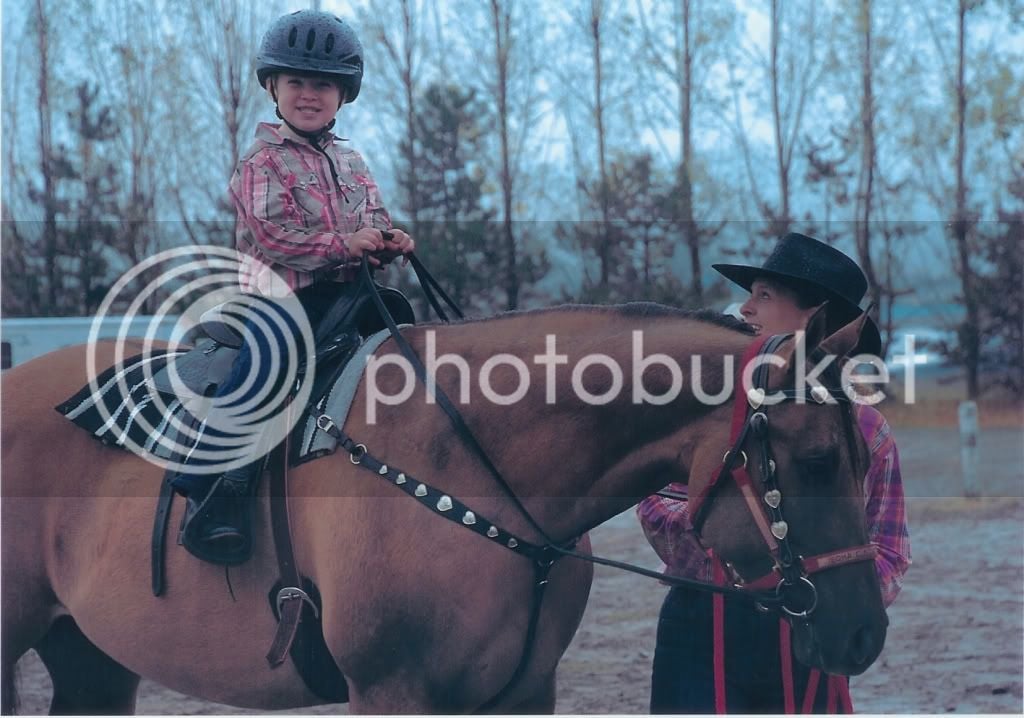 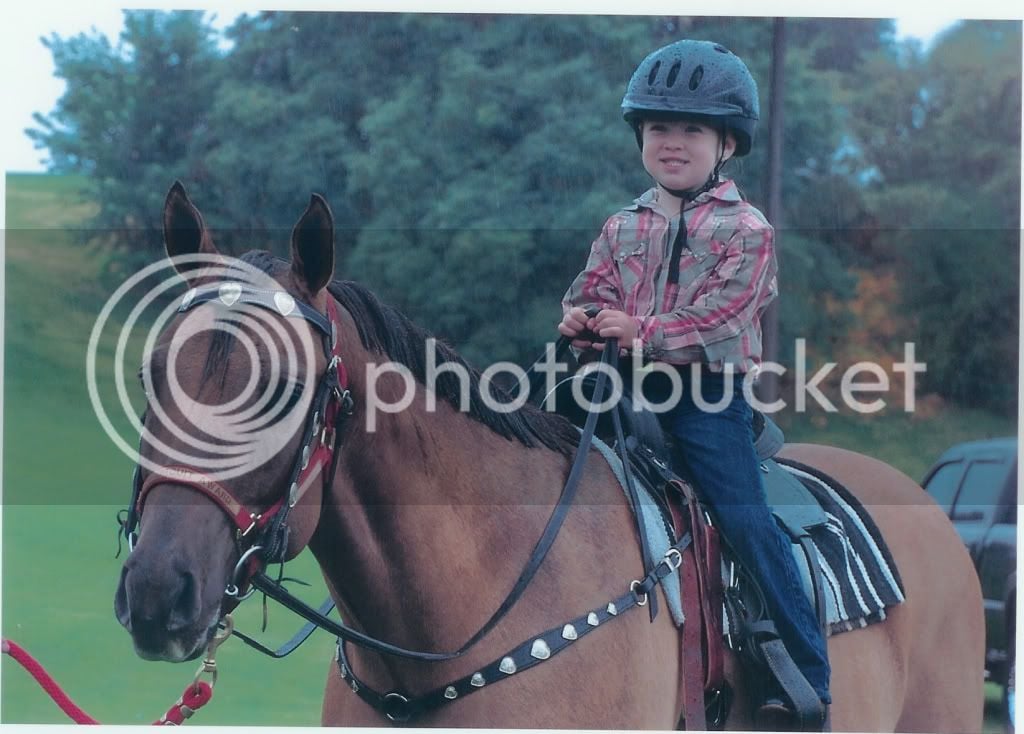 Anyway, we walked around a little more and stopped to chat with some other folks that were getting ready. While chatting, Scotch decided to shake the water off his back and while doing so, the brand new saddle broke! Little Gracie fell right off.

Fortunately she was not hurt, a little scared, but all in one piece. The horse was standing there kind of confused wondering "What just happend?". The saddle could not be fixed for the class and we had to scratch. It took Gracie about 15 minutes to process the fact that she wasn't going to ride and she had a small melt down.

The show secretary was very nice and gave me a Championship ribbon for Gracie to take home and that put a big smile back on her face. Anyway I am very proud of her and wanted to share her cute little pictures. I am also proud of my horse as he has only had 30 days under saddle training (last fall) and has been a very good boy for Grace.

What precious pictures, they're awesome!

Your saddle broke just from a horse giving a shake?

Sounds like its definitely time to invest in a better saddle

what brand was the saddle

awh that made my heart swell!

great pictures, adorable story, except the saddle breaking that sucks... i'd so want a refund and a good talking to the person who sold it to you! Kick em in the bum maybe too!!! LOL!

your boy is GORGEOUS too by the way!

I don't know what brand the saddle is, but I took it back this morning. The owner of the shop was very apologetic and will be calling the manufacturer. When I got there, he had already taken the other saddles off the floor. I will find out who it is made by when I pick it up after repairs and a thorough exam is done on it.

Scotch is the horse that was poisoned a little while back, so we are lucky both of these babies are ok. It is also a good thing that he did not get worked that much this year as that breast collar on him would not have fit if he were in better condition....

I think he is rather handsome too.

Scotch is absolutely gorgeous-impressed. Your daughter looks so lovely on him. Little cowgirl in the making...out of the way mom!

Scotch is gorgeous! Of course it probably helps that there's a little cutie perched on him!

That is the greatest picture!!! Darling daughter!!

I have a friend whose little girl puts the ribbons on the christmas tree as a decoration. LOL

What a trooper to show in that weather. I have shown in some pretty miserable conditions and you really gotta want it....
Congrats on the win, our last show is Oct 4 , Hope to have my WP horse ready to go and win.

Ginger, the horse that taught me a lot <3

Horse been lame for 2 months
2

Let me help you find the best dog breed that matches your life style and needs:
9 10 11