Hi all!
About 2 months (10 weeks?) ago I bought several chicks from Tractor Supply (along with several from local feed stores), and while I thought I was buying Leghorns, I'm thinking maybe they're actually Cornish Cross chickens. At the TSC where I got them, it didn't seem like the staff really knew the difference between the breeds, and I was googling each one while there to see which were layers vs broilers. Anyway, the birds in question grew WAY faster than the other chicks purchased at the same time, and in my eyes, are looking more like broilers than layers. If I had to guess, I'd say they're 1.5 to 2x the weight of their buddies (Red Sex-Links, Silver Laced Wyandottes, Ameracaunas...). They are bigger than my little ~1yr old RSL hen, and nearly as big as my other 1 & 2yr old layers. I'm only guessing they're the Cornish Cross because that's the only other white breed I see on the TSC website. Unfortunately, I don't have pictures of the big kids next to the "normal" ones, but I've attached a couple photos of one of the big kids and a photo of my ~1yr Appenzeller Barthuhner hen next to the same fence. I'm pretty sure this one is a cockerel, as the comb is larger than on the other two, but they're all similar in size.
Also, I have read that the meat birds tend to develop leg problems if not butchered by a certain age, and I have noticed that this kid especially is starting to walk funny and lying down to eat. I've started limiting their feed a bit to try to slow them down , but should I do anything differently, or just get them butchered sooner rather than later? (What is the ideal age?)
Thanks in advance! 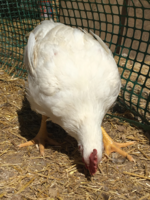 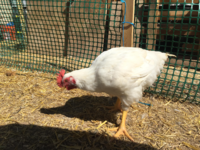 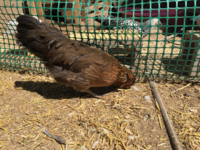 Somewhere between 6-8 weeks is the time I usually butcher broilers, but I don't limit their feed. The sooner they reach a decent size, the sooner you can get rid of them.

A small county in Virginia

My leghorns legs were never that yellow. They are usually more pale or whiteish. Like their earlobes.

The 2 on the left are leghorns. 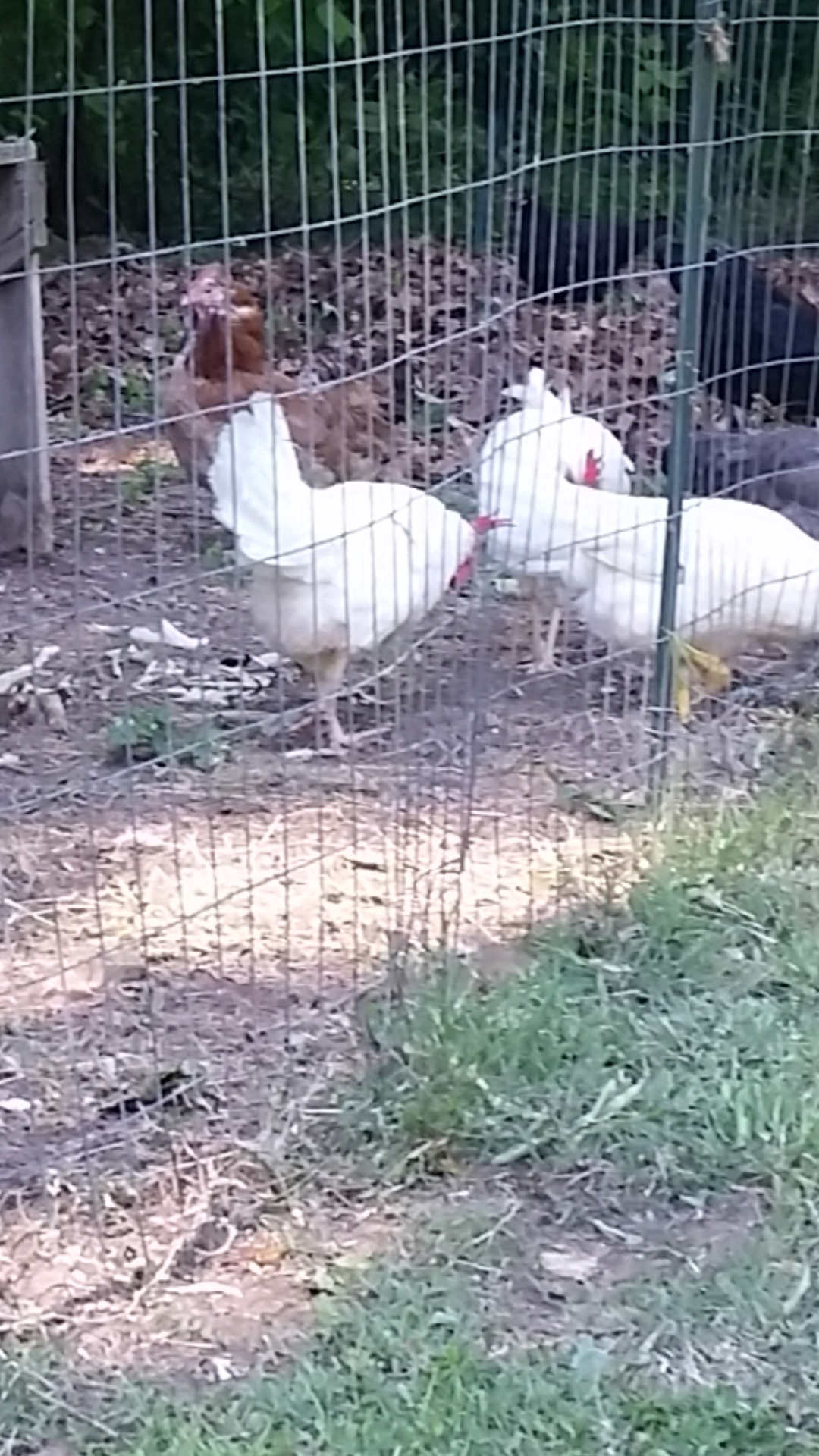 Thanks everybody. These kids do have wide set legs. They must be the Cornish Cross... *sigh*

Yes, I agree that's a cornish x. Sorry.
I actually lodged a complaint at my TSC because I was so tired of seeing bins of chicks with no labels and staff who clearly knew nothing about the breeds, because this is exactly what happens.

Kyanite said:
Yes, I agree that's a cornish x. Sorry.
I actually lodged a complaint at my TSC because I was so tired of seeing bins of chicks with no labels and staff who clearly knew nothing about the breeds, because this is exactly what happens.
Click to expand...

I understand that! I went in knowing they probably wouldn't have a clue. I stood there with the chicks and googled each breed before I chose, cause I knew the staff probably wouldn't be able to answer questions. That's why I remember specifically asking for Leghorns and NOT the Cornish X, cause I didn't want broilers, and I'd read somewhere (probably here) about broilers developing leg problems if they're allowed to get too big, and I just didn't want to deal with that. But I'm no chicken expert, and I certainly can't tell one yellow chick apart from another yellow chick...

I've been assuming that my two pudgy hens were just very fat leghorns but more and more I'm coming around to the idea that they sold me a couple of Cornish cross chicks in my white leghorns. I'm a little disappointed because of the 9 bitties I bought, 5 were leghorn roosters, 2 were Cornish cross and the last is what I'm understanding to be a female legorn.

There goes my dreams of an abundance of leghorn eggs

I also got mine from tractor supply.

K
What breed are these chicks?
2