My nearly five month-old Black Australorp is doing very poorly today. She's very immature compared to the other BA I have who was hatched on the same date (April 13). Her comb and wattles aren't very developed and se's a bit smaller in size. Also, she's a bit deformed - her left side is noticeably smaller than her right. Yesterday I've noticed that she had a hard time going up and down the porch stairs and today she's just lethargic. She will sit or stand with her head leaning up against her left side with her eyes closed though she isn't sleeping. It's almost like she had a stroke except she's moving even if it's a little bit. She ate a little bit but didn't seem very interested in anything other than some oats I gave her (not even the blackberries interested her and she loves those). Her eyes and vent are clear, her feathers are in good shape, there aren't any fleas or bugs on her. Other than her lopsidedness and today's odd behavior she looks perfectly healthy.

I'm stumped. The other chickens are fine. 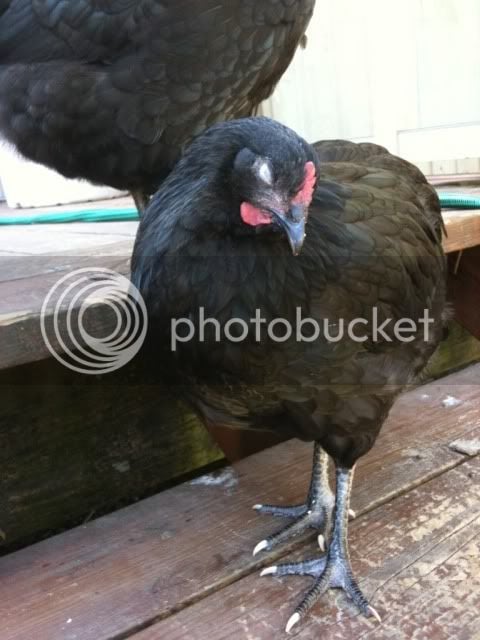 You can see her eyes are closed here. 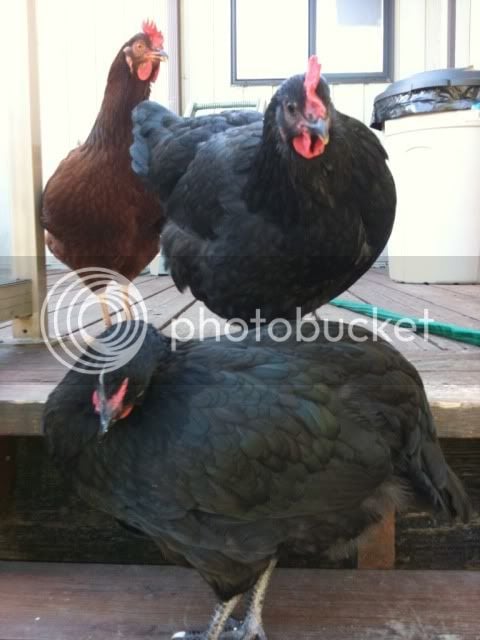 And you can see how much smaller she is compared to the RIR and the BA. All three were hatched on the same day. Incidentally, when I lifted her off the step she didn't even react.

Any ideas? She's a sweet chicken. I'd hate to lose her even if she doesn't lay eggs.

My 4 day old chick was exhibiting similar symptoms today. I still don't know what it was that made her like that but I hope yours fares better than mine did.

C
My chicken has one eye closed, white fluids coming out from it, wing a bit droopy, drinking only water and eating very little food, lethargic

S
chicken died after being lethargic and lost her comb