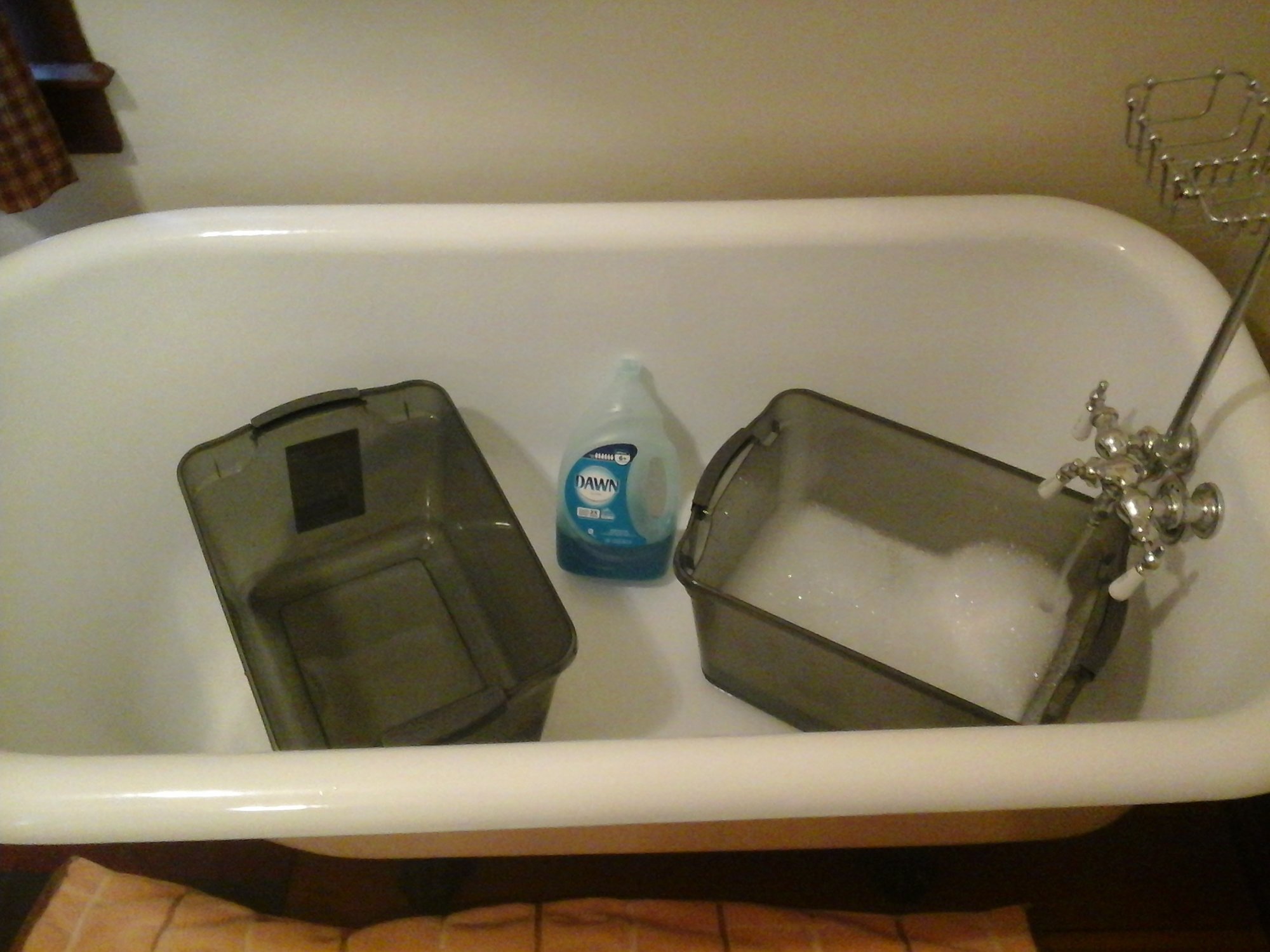 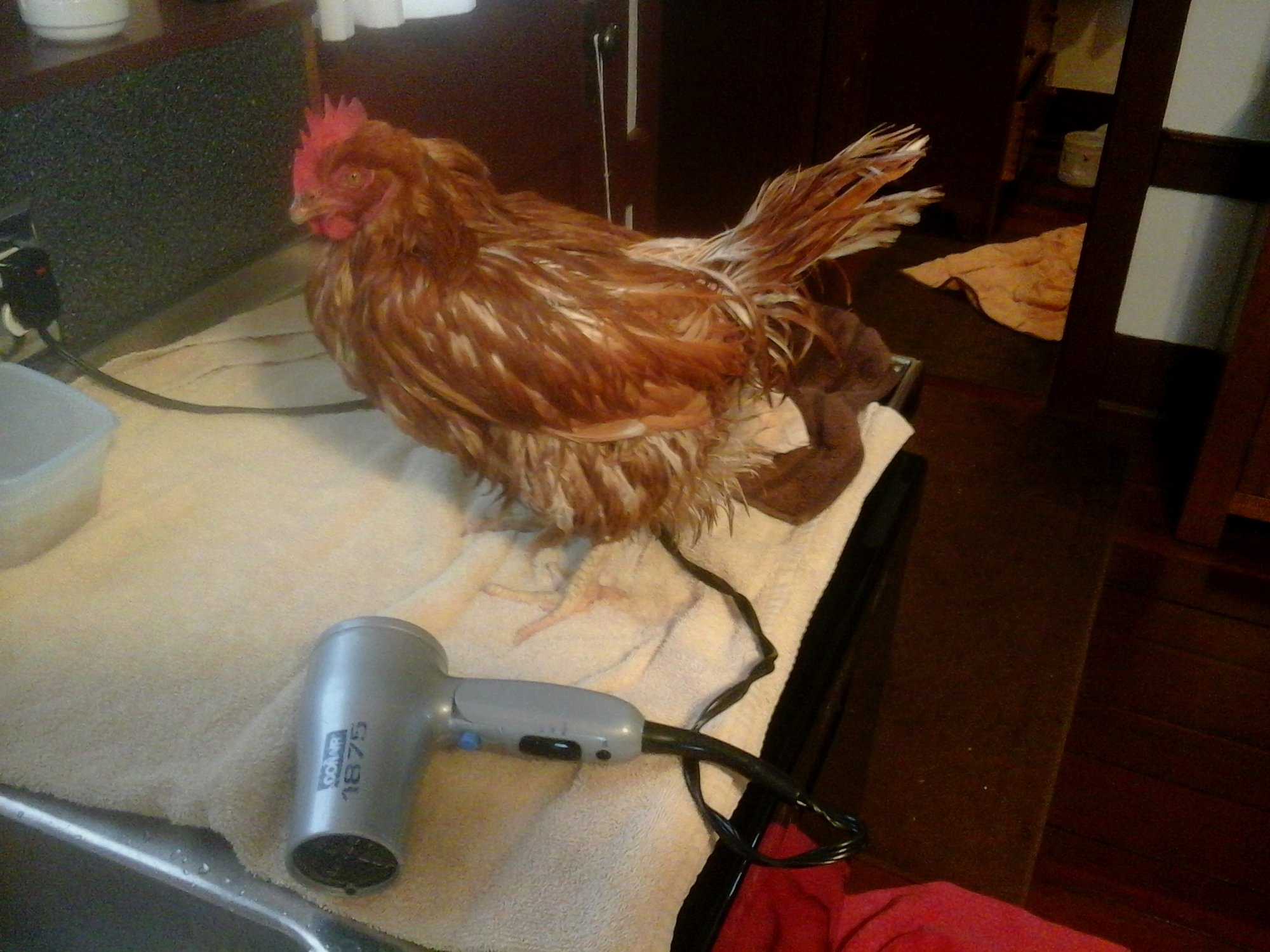 In 2011 I got three Golden Comet pullets. For the record, I consider my chickens pets, rather than livestock. In 2013, one died. A friend had only one younger Golden Comet chicken left after her flock was attacked by predators. She asked me to take her chicken which I did, without thoroughly checking it for pests. Within two months I noticed all three of my chickens were teeming with small, flat, tan colored feather lice. They were most noticeable around the vent area and my chickens seemed uncomfortable, constantly preening and ruffling their feathers.
For several months I searched online for answers and tried the following treatments with these results:

Raw, Organic Honey -- Did not work for me and was a mess to use.

Diatomaceous Earth -- I liberally sprinkled this in their dust bathing area after I noticed the feather lice infestation. It did not help.

Manna Pro Poultry Protector Spray - I held each chicken, one at a time, in my lap and sprayed the feathers thoroughly, carefully avoiding their eyes and vent openings. It seemed to kill the feather lice immediately, on contact. Dozens of dead lice fell off the chickens into my lap. I had high hopes for this cure. HOWEVER, when I sprayed my youngest hen's back area, she screeched and struggled in apparent pain. I quickly rushed her to the garden hose and rinsed her off. Her vent area became noticeably bright red and irritated. To this day, a few years later, she has a reddened, scarred area at the bottom of her vent (this never affected her egg laying or general health). I have no idea why she was the only one of the three to be affected like this but I did not want to continue using this treatment.

Permethrin Poultry Dust - I do not remember the brand I used at the time. I cut off the end of a nylon stocking, filled it with the Permethrin Dust and powder-puff dusted each chicken thoroughly and again 10 days later. It did not help.

I read many posts saying Sevin Dust was the only sure-fire way to tackle the problem but I didn't want to use such strong chemicals.

Dawn Dishwashing Soap -- FANTASTIC CURE -- My cousin's uncle, who enjoys gardening, told me he used a diluted spray solution of water and blue Dawn Dishwashing Soap to kill insect pests on plants. I waited for a very warm, sunny day.
I bought two cheap plastic tubs that I could safely bathe my chickens in, and put them in my bath tub. I filled one with clear, warm (but not too warm) rinsing water. The other I filled with a very strong solution of warm (again, but not too warm) water and Dawn Dishwashing soap. I used a lot of Dawn and, on the advice of another friend, I threw in a large handful of table salt (although I don't think the salt had any effect). I also filled a spray bottle with warm water and Dawn soap. I carefully bathed one chicken at a time. I gently immersed each in the Dawn-water bath, up to their necks. Each chicken seemed to go limp in my hands in the water, which scared me at first, but I think they enjoyed the warm bath and were just relaxing. I used my fingers to quickly work the soapy water into each bird's feathers and used the spray bottle to spray the backs of their necks. Dozens of dead feather lice came to the surface of their bath water. Then I lifted each chicken out of the soapy water and transferred them to the rinse water, using my fingers to help rinse them. Then I held each bird under the bathtub faucet for a gentle, thorough rinse of warm water and quickly wrapped them in an absorbent bath towel. Then I had each chicken stand on a towel while I fed it shelled sunflower seeds and gently blow-dried its feathers, carefully keeping the hairdryer constantly moving over the chicken and at a safe distance to avoid burns. The chickens seemed to really love being blow-dried.
When all three chickens were bathed, dried and out in the sun, I immediately noticed how still and relaxed they now seemed. For months they'd been constantly preening and ruffling their feathers. They must have been so uncomfortable. After the bath they sat contentedly, and seemingly so relaxed, in the sun. I thoroughly cleaned out their coop, wiping down all surfaces with a dilute mixture of water and white vinegar before adding in fresh pine shavings. I had never seen any lice inside the coop; only on the chicken's bodies but I cleaned the coop anyway. I repeated the Dawn bath procedure on each chicken 10 days later. I have
not even seen any feather lice on them since (and that was three years ago). I hope this helps other chicken owners dealing with feather lice. Of course it's most practical with small flocks.

doggiechef said:
...... with small, flat, tan colored feather lice. They were most noticeable around the vent area and my chickens seemed uncomfortable, constantly preening and ruffling their feathers....
Click to expand...

Feather lice are almost microscopic, and basically invisible to the naked eye as they live inside the feather shaft.

What you describe were probably generic poultry/avian lice.
Maybe you saw lice egg clusters on the base of the feather shafts?
Google poultry lice for tons of images.

I've found permethrin spray to be the easiest treatment,
especially if you can easily reach the birds on the roosts at night.
http://www.backyardchickens.com/t/1134783/permethrin-spray
Last edited: May 20, 2017

KikisGirls said:
Thanks for sharing!

Thanks for the nice welcome to BYC!

What do you cook for your doggy?

aart said:
Feather lice are almost microscopic, and basically invisible to the naked eye as they live inside the feather shaft.

What you describe were probably generic poultry/avian lice.
Maybe you saw lice egg clusters on the base of the feather shafts?
Google poultry lice for tons of images.

I've found permethrin spray to be the easiest treatment,
especially if you can easily reach the birds on the roosts at night.
http://www.backyardchickens.com/t/1134783/permethrin-spray
Click to expand...

Thank you! Yes, it was poultry lice that I dealt with. I changed one of the tags on my post from "Feather Lice" to "Poultry Lice" but cannot figure out how to change the title of my post. I sure do hope my post can help other chicken owners deal with poultry lice as it was a great relief to me (and my chickens) to get rid of them!

KikisGirls said:
What do you cook for your doggy?
Click to expand...

Sorry to be sooo very late replying. I only started posting on this site this week. I cook full meals and treats for my doggies!

doggiechef said:
Thank you! Yes, it was poultry lice that I dealt with. I changed one of the tags on my post from "Feather Lice" to "Poultry Lice" but cannot figure out how to change the title of my post.
Click to expand...

You can click the 'report' icon in lower left of first post and ask moderator to edit title....or not, folks can read the thread and get the correction.

For many years I've used a dishwashing liquid and water mixture to treat fire ants, and it works great. The waxy coating that keeps the ants from dehydrating is removed by the soapy liquid, so the ants quickly shrivel up and die. It doesn't harm the lawn at all. It takes a few treatments to kill an entire mound, but it eventually gets the remaining ants to pack up and leave. Dehydration is probably what happens to the lice as well.