Made a mistake with feeding my pullets. How serious is this?

Hi all,
I have three hens who are 23 weeks old. I got them when they were three days old, last October. One is a Barred Plymouth Rock, one is an Ameraucana, and the third is a mystery (sold to me as a silky, but turned out looking exactly like a bantam version of a Light Brahma.)

They appear to be in great health- good looking feathers, very active, roosting at night and foraging in the daytime, no weird behaviors. But, none of them are laying yet.

When I was looking into this today, I realized I made a mistake. I gave them chick starter for the first couple months, and then went right to some organic layer feed. I just realized now that there is a pullet/grower feed I should have been giving them. :/

Did I mess them up pretty good, or will they be ok? Should I stop the layer feed now and give them pullet feed for a few weeks, or is it too late to fix it? They haven't shown any signs of being in poor health, and they eat a lot. They also get daily scraps (fruits and vegetables, greens, garden weeds, that kind of thing.) Also, could the feeding mistake be the reason they aren't laying yet?

Layer feed does have a high amount of calcium that can damage young chick kidneys, but if they're in good health...
About the laying, chickens usually don't start laying right at eighteen weeks, at least not in my experience. I've had some chickens who lay a whole month later than when they're supposed to. You could start giving them oyster shells if you haven't already.
I don't know if getting them in the fall would change when they start laying either.

What is your general location? This plays into when you may see your first egg. Can you post pics of your gals? Are they showing any signs of being ready to give you the first egg? Squatting, singing the egg song, playing in the nest boxes are all signs that eggs are not far off. Of course there is the tell tale bright red comb which is suddenly much larger.

IMO, you have not done any damage. While many folks get upset about non laying birds eating layer feed, I take a much more laid back approach. I let my pullets have layer feed any time after they loose their peep and get their cluck. This means that they are going through chicken puberty. My roosters also eat layer feed without apparent problems. While it's not preferable for young birds to have layer, some folks allow chicks to eat it after the first few weeks with no sign of renal compromise. @Beekissed is one such person, and her flock is as healthy as any flock I am aware of. Her chicks start layer often as early as 2 - 3 weeks old.

Layer feed will not speed up nor will it delay the onset of laying. POL is determined by sexual maturity in combination with day length. It would also be driven by nutrient content of the feed.
S

Thank you both for your replies! Good info, and I am less worried now.

I will post some pics of em tomorrow. I haven't seen any of the signs that laying is near. I can tell they check out their nesting box, from the way the pine shavings are shifted around (and I know they aren't sleeping on it- they use their roosting bar.) Other than that, though...I haven't heard the egg call or seen them squat. I think the littlest one (mystery breed) has a fairly red comb now, come to think of it.

Oh, and I am in Austin, Texas. We're up to a 12hr 30min day length now. Our shortest day length this winter was a little over 10hrs long. We have relatively mild winters here, also, and I had the heat lamp in their coop during the few freezes we had.

If stress can play a role in onset of laying, that might have to do with it- a neighbor's dog broke through our back fence a couple months ago and shook them up a bit. Not sure if that might have slowed maturation?

Anyway, really good to hear maybe they are ok in spite of my skipping pullet feed alltogether! Thanks so much for your responses.

You can change to an all flock feed, with separate oyster shell, for their lifetime. The Flock Raiser that I feed has 20% protein, and works for birds of all ages. I think it's a better choice than most layer feeds anyway.
Find something that has mill dates within a month at your feed stores, and make the change.
Mary
S

Good advice, thank you!
Here are a few pics of my girls (not the best shots, they're quick this morning!) 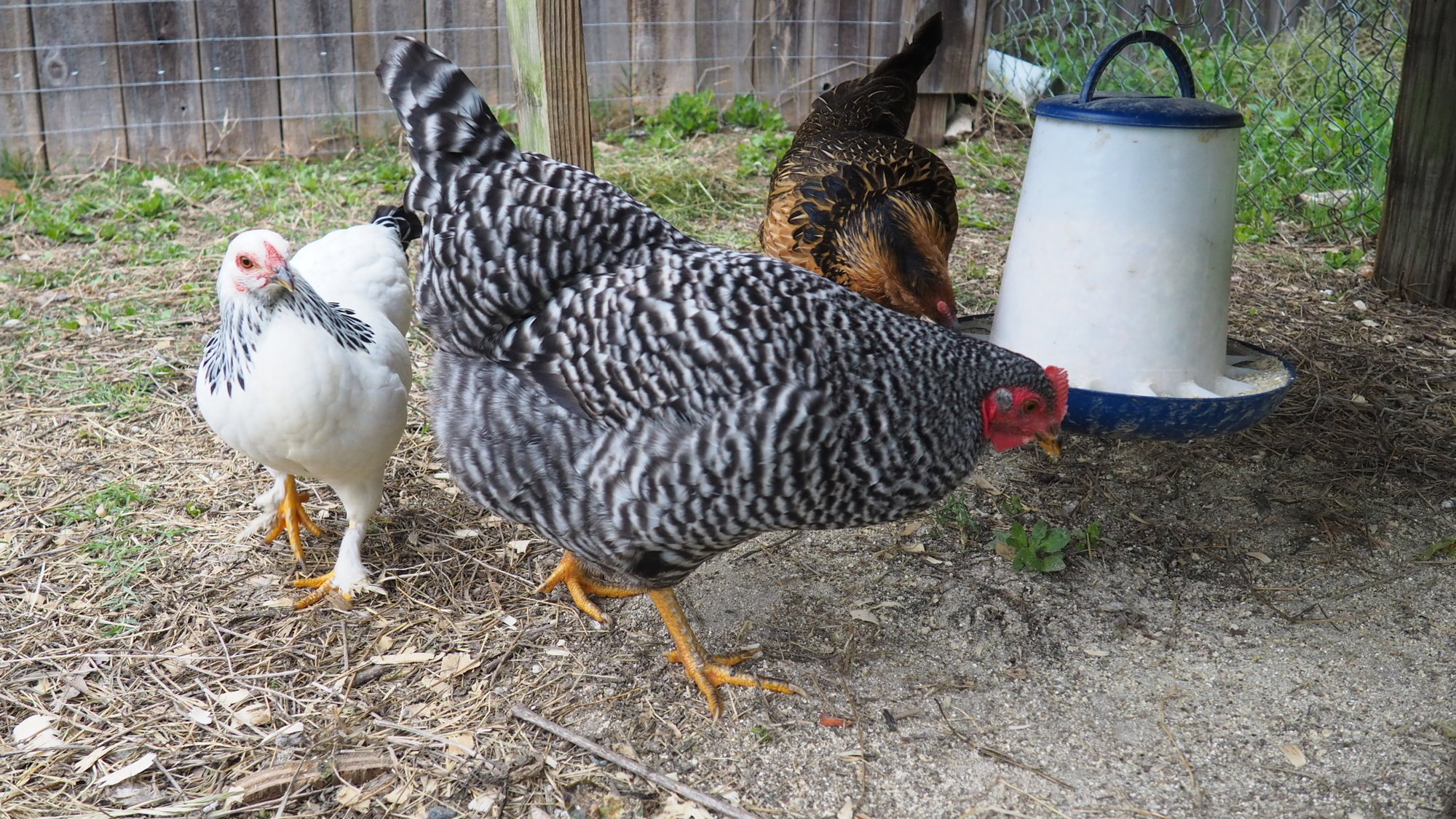 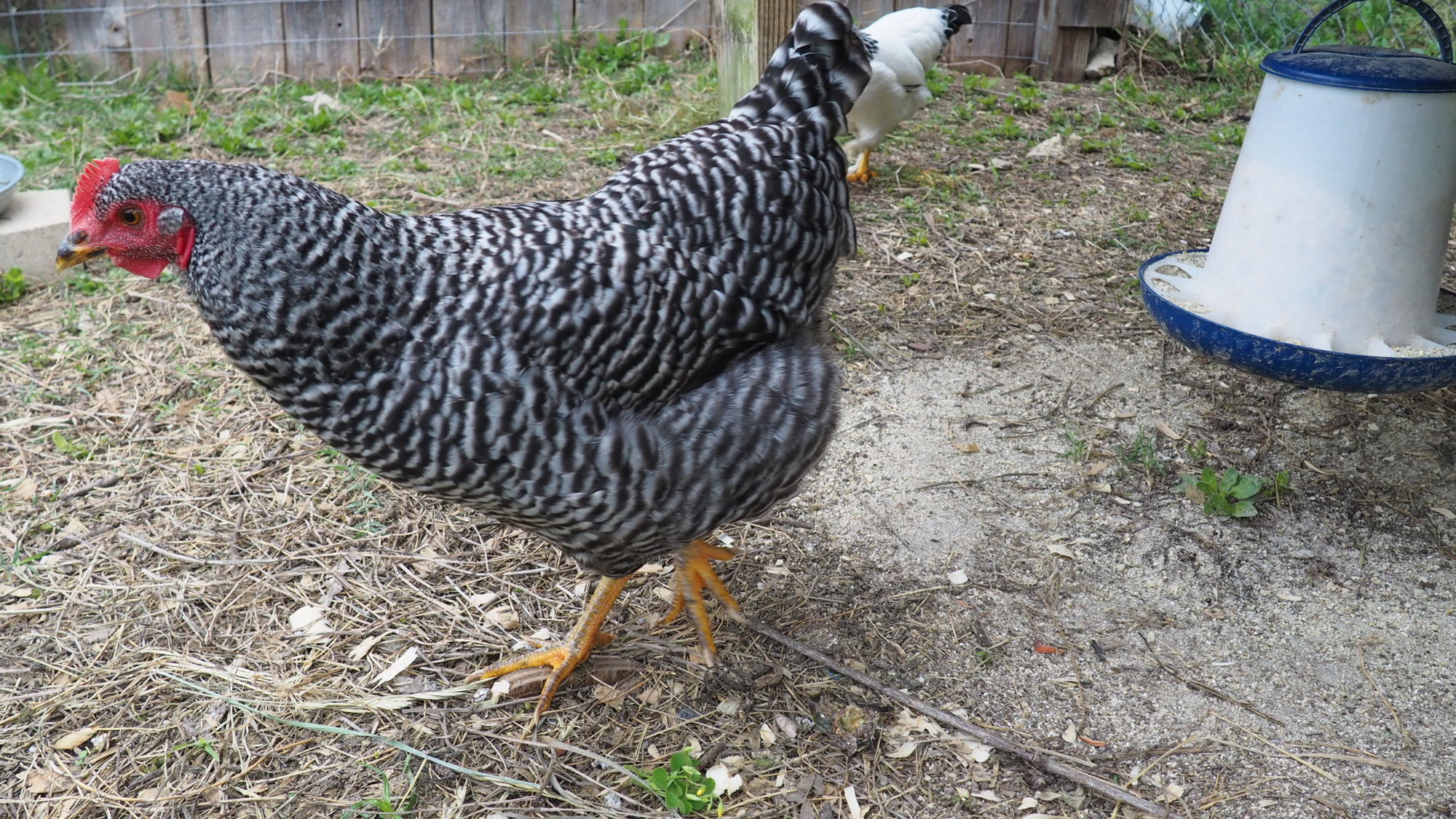 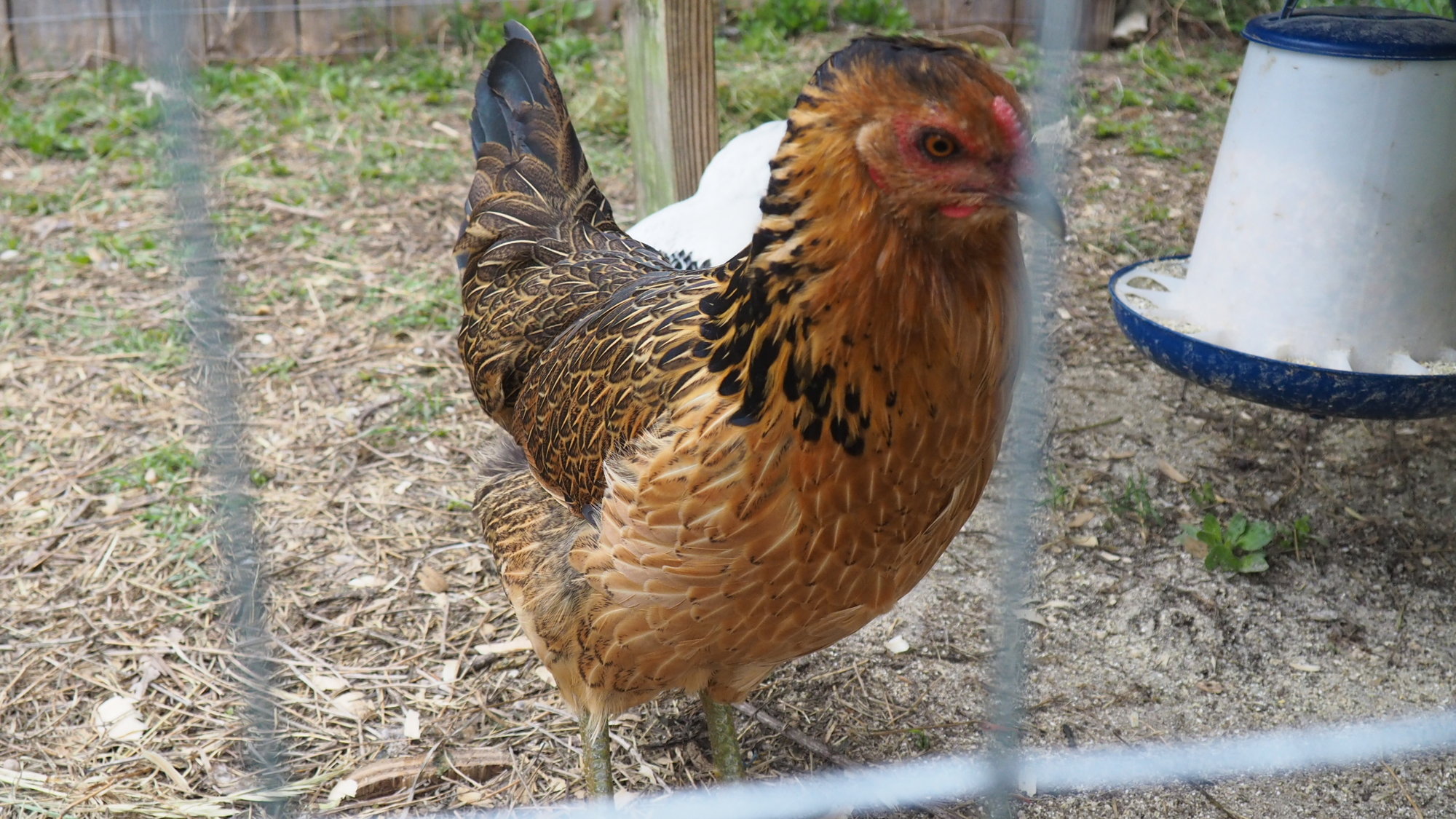 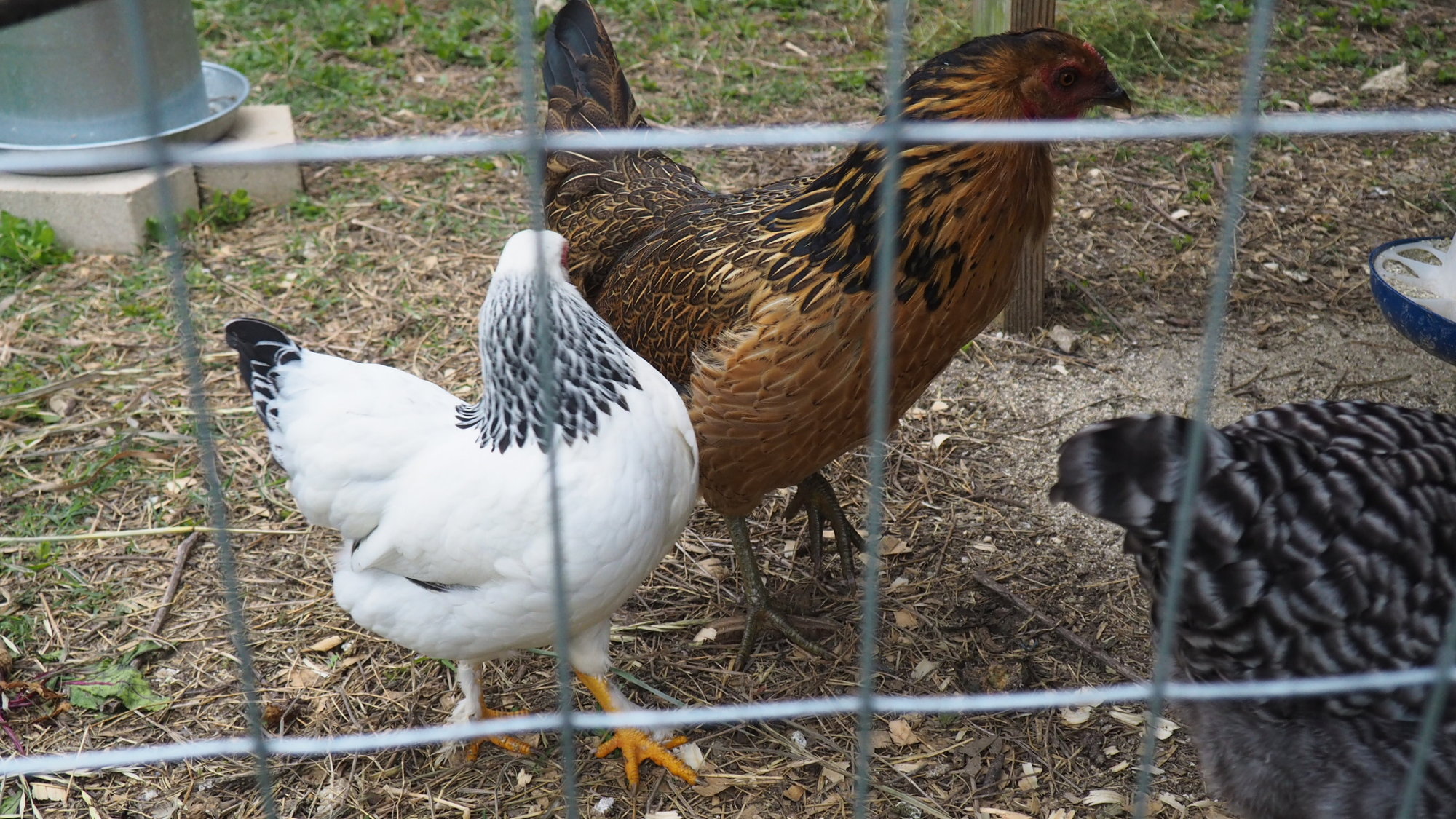 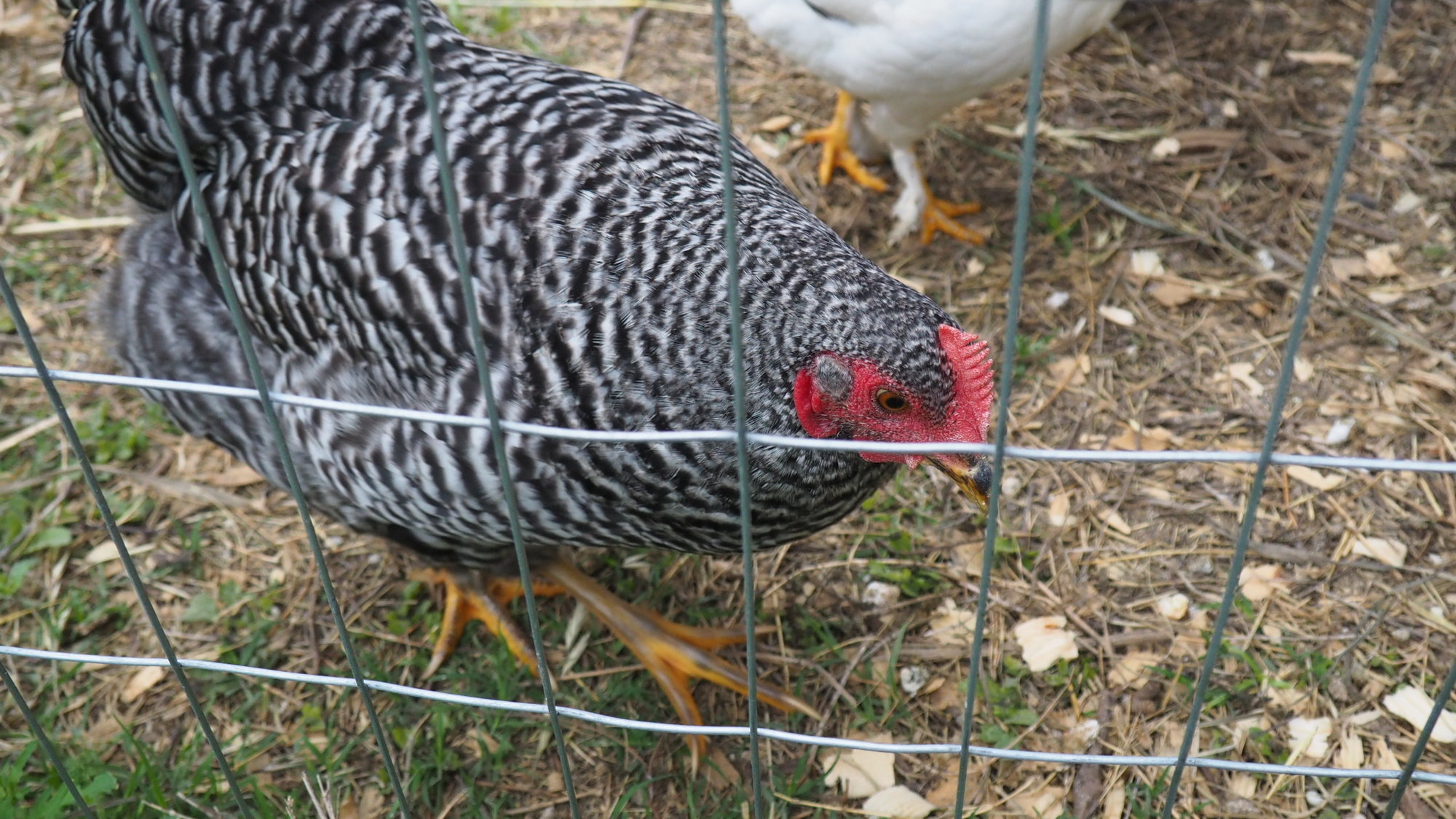 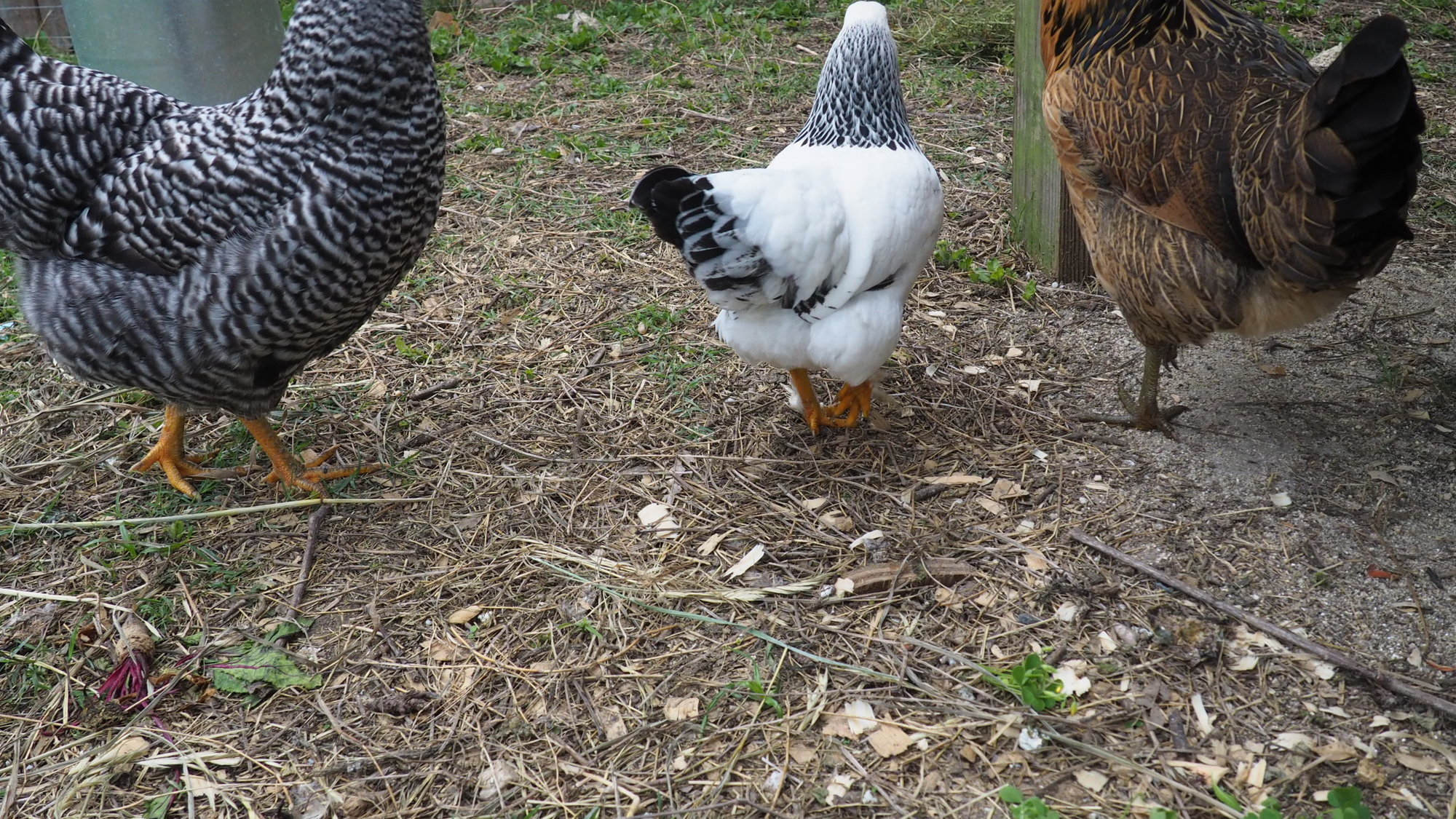 Are you sure they aren’t laying somewhere in the yard?

They look like nice, healthy birds. I've had girls that didn't start laying until they were 26 weeks. I wouldn't worry about the mess up.
S

h2oratt said:
Are you sure they aren’t laying somewhere in the yard?
Click to expand...

Pretty sure, yes. Their run is only about 160 square feet, and it is flat and open. Not really any good hiding spots! I've been looking, too.

When to switch feed

Yesterday at 12:09 PM
BrooksHatlen
B

When should I feed my chickens calcium?

P
Confused about type of feed.