My husband is an enabler

He knew I had just hatched this batch of Barred Rocks and Ameracaunas on Valentines Day (thanks DipsyDoodle): 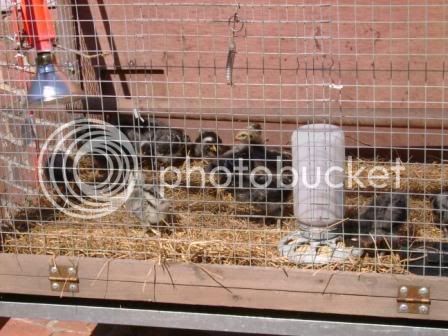 And that I had a bator full of Duck eggs and Aracauna eggs (thanks Tx_dane_mom and hinkjc): 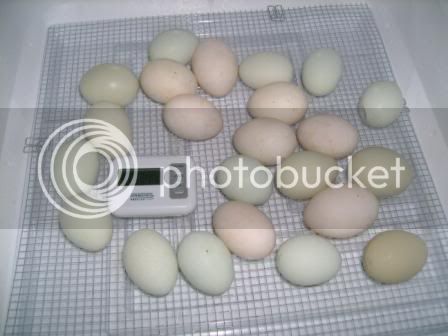 But when I showed total maturity and strength today and walked AWAY from the feed store that had just gotten in some RIRs - what does he do? Waits till we get home and then says "Lets go get some chicks. We need some RIR". Went back and came home with a dozen. 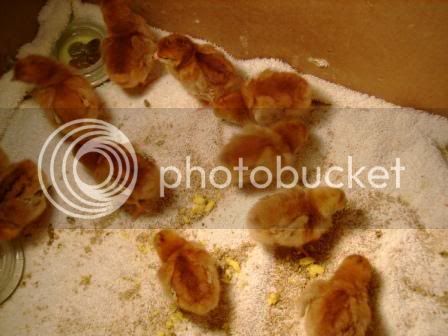 What's a sick person to do when the person they love most encourages their sickness?
Last edited: Mar 12, 2008

You can enable him right back! Two can play at that game!

You're so lucky to have a wonderful hubby.You're going to have your hands full,I'd say.
The last chics I got,my hubby let me buy 24 bantams.He went back the next day and got the rest for free.(petting zoo chics)All together we ended up with 56 chics,not counting the 70 or so adults.

Well we do have plenty of room for them so at least that won't be a problem.

My little niece, who just turned one, came to visit this weekend and had so much fun calling the chickens and feeding them and gathering their eggs. It is a real easter egg hunt around here because most of the chickens have taken to hanging out in the barn and laying eggs in there. 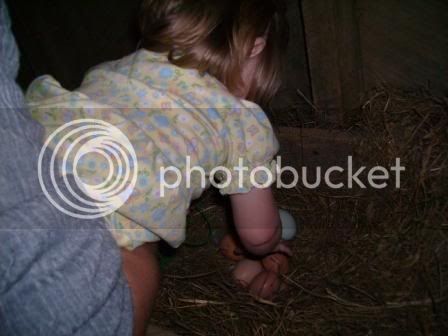 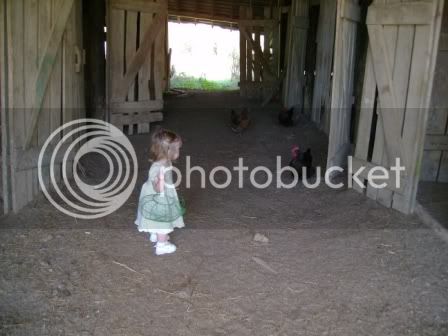 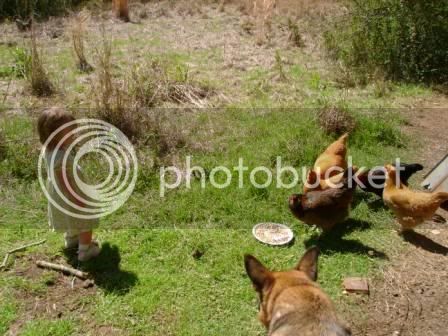 By the way Bayou, thanks again for the wonderful package of seeds and especially the Jerusalem artichokes. I'm betting my free ranging flock will love them.
Last edited: Mar 12, 2008

Those pictures are adorable!

OMG, the picture of your niece holding the green basket in the barn with the chickens is publishable... National Geographic quality, I'd say. Sooo cute!

Thanks - here she is carrying the basket around after she had gathered some eggs: 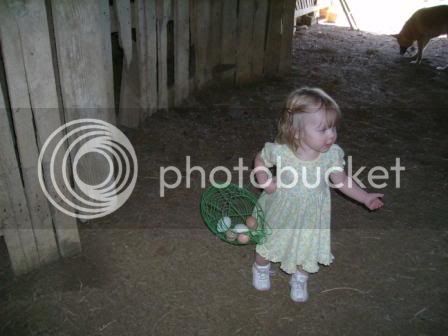 I think my husband saw how much fun people have when they come here and has decided to allow me these simple pleasures.

We had a van full of wealthy, dripping in diamonds Texas oil money women here this weekend. Being shown around by their friend whose grandfather built this plantation. They drove right up to the barn, which the woman USED to own but now belongs to me, and when they saw the chickens they started whipping out cameras and taking pictures. I gave them some eggs and they did the same thing. Claimed they were the biggest eggs they had ever seen. Then I went in barn and came out with a dozen green eggs and I thought they would go crazy. You would have thought I handed them diamonds. Cameras were flashing like crazy.

It was really funny. I put on my nicest smile. This is the woman who sent word to us when we moved in that she owns the thousand acres around us and that we are not to go on her property or fish in her ponds. Yet she shows up here acting like she owns the place but I was so ever sweet. Even had them in so they could take pictures inside.

Hubby got a kick out of whole thing. It's my version of kill em with kindness.

I told my husband I could have sold them a dozen eggs in a pretty basket for probably $20 each and they would have bought them all so I think I'm onto something here. That's why I'm getting different breeds of chickens and different colors of eggs so I can make up pretty, hoity-toity egg baskets and sell to the city folk.

Humidity dropped to 22% on hatch day, some chicks stuck(rescued) Outcome of other eggs is ????

G
Got 20 New Girls That Are About 3 Months From Laying Who Came Down With Something. Not Sure What It Is!
2