I am going to first tell you about one of my favorite peafowl, named Alto (Spanish for tall). When we went to go buy Alto, he was in a pen with another yearling male. Something about Alto made me want him. First of all I like tall peafowl, they look more elegant. He was taller than the other male, so I wanted him for that reason and he just had such character. He was in a small pen with the yearling male and a cameo hen. There was a small evergreen in the pen and he walked up to it and jumped up to pull off some of the leaves to eat. Then he would run around the pen and quickly hop up on his perch and hop down and go up and down repeatedly. I just loved it! Sometimes I wonder what would happen if I got the other yearling male instead of Alto...

Anyways I have watched this cute peacock lose his "baby face" of mainly white to get the distinct facial patch. I have also watched all his white chest feathers dissapear and become dark bluish green feathers. I also have been amazed how his young striped wing feathers shed and he then grew beautiful boldly striped wings, the patern is just so pretty! If it were not for his back, I would think he was an adult! He still has to grow some more. He is getting some color in his train finally, although he still has stripes in it. I love watching him display even though he might not be as impressive as an adult male. He has a way of displaying that is really funny. Sometimes he picks things up, and he really likes to display and walk up to a plant and peck it really violently as if he is trying to show how strong he is or something. Anyways here are some pictures:

He is VERY curious, here he is looking at the camera. 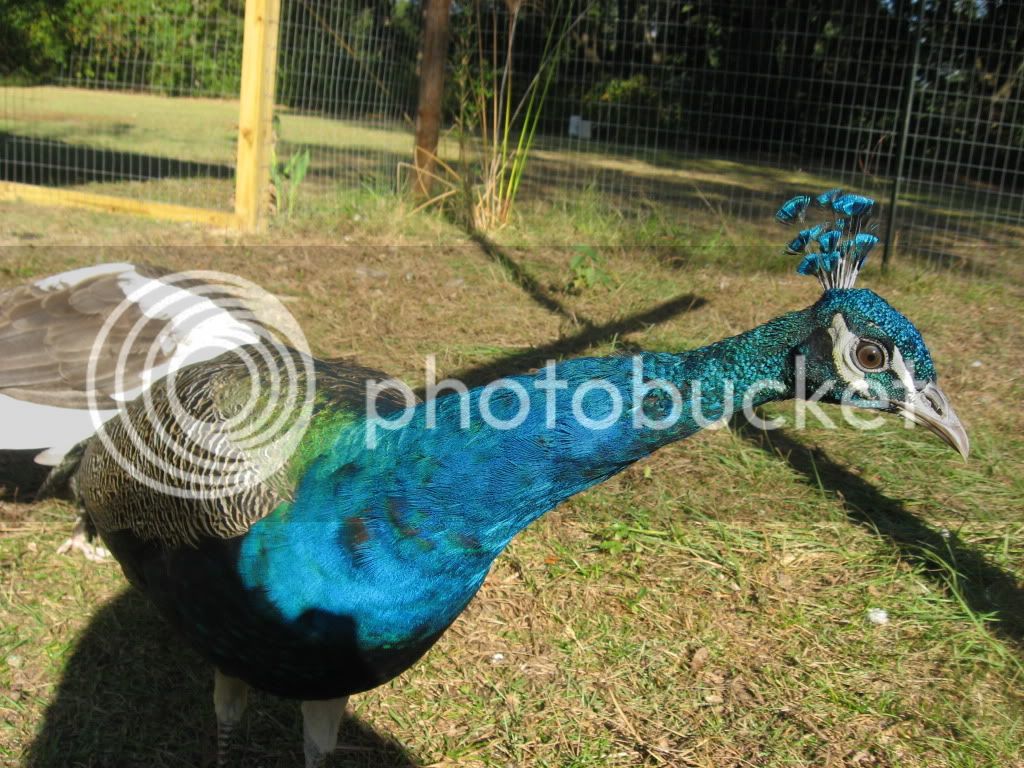 Here is his cute little display! 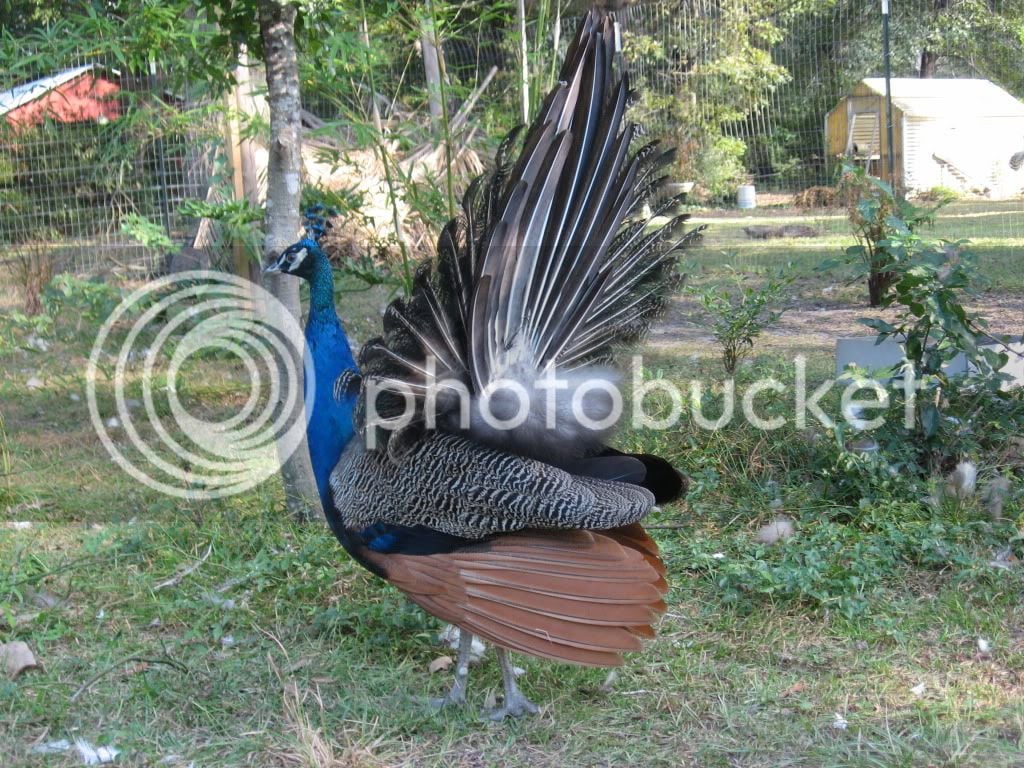 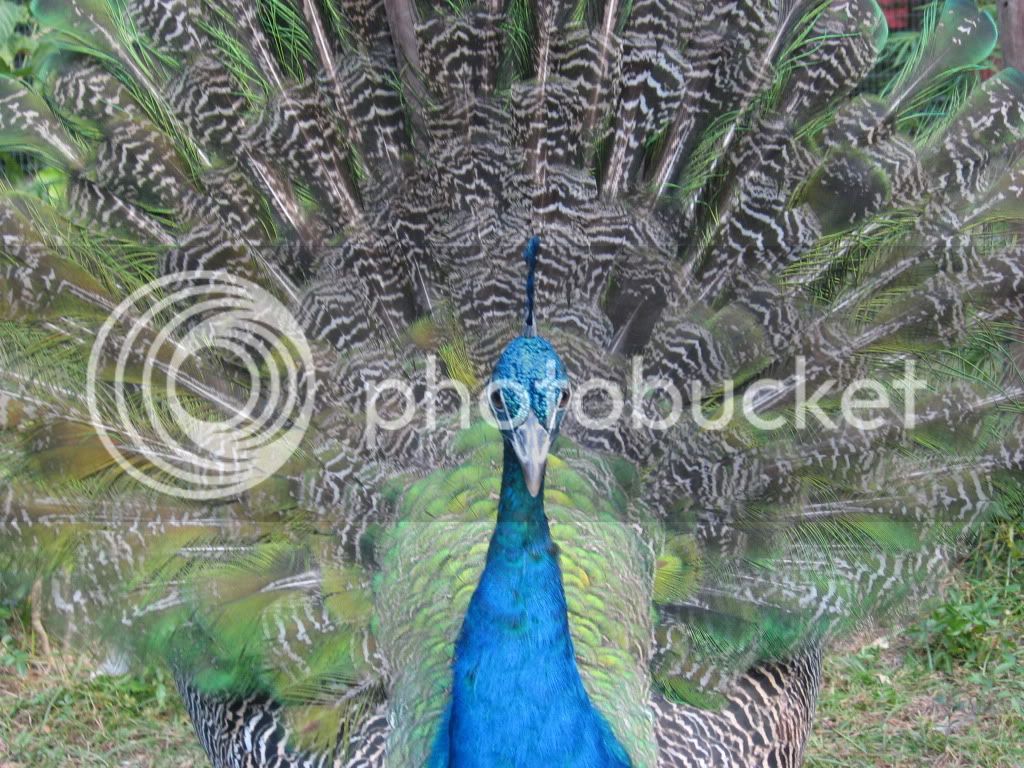 since "alto" is word for tall why is it on stop signs in mexico for "Stop"?

thats the spanish language for you!! one word can have many many meanings.
You have to know how it is worded, and the tense your talking

All I know is we learned in Spanish class that alto means tall, but I am sure it could have several meanings.

Thanks I really can't wait for him to have real eye feathers. Someday he might be a free-range bird and I think he would really enjoy that.