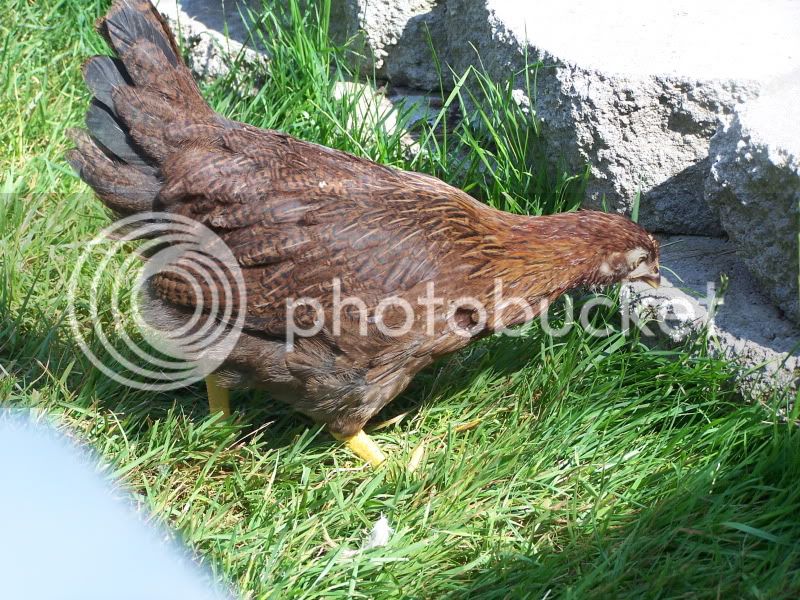 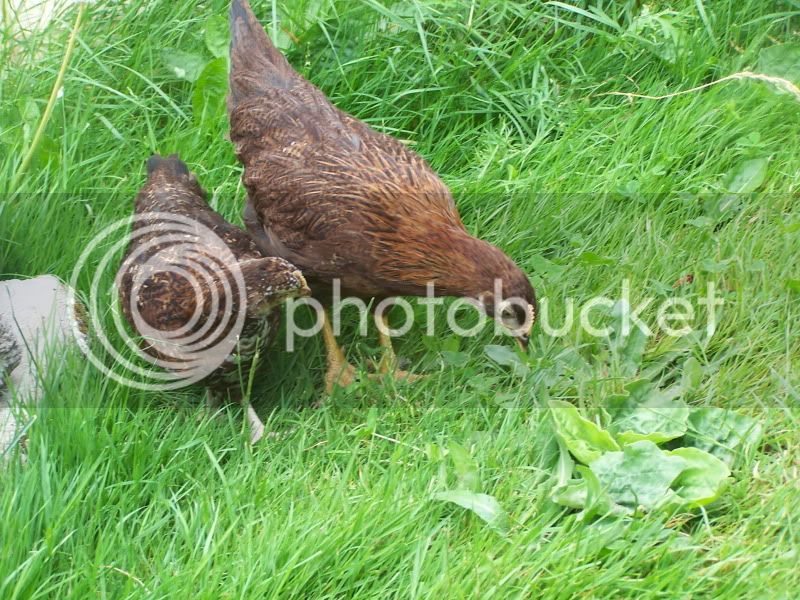 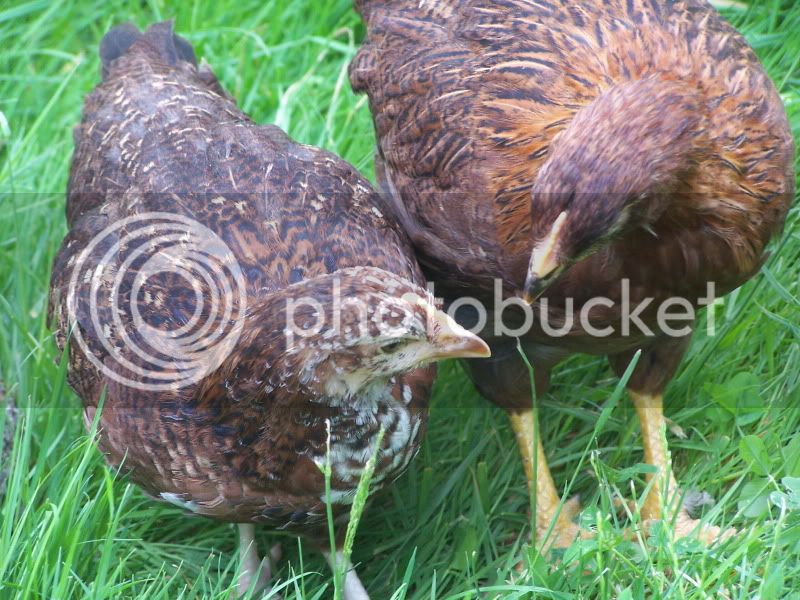 (notice the feathers growing on the legs?) 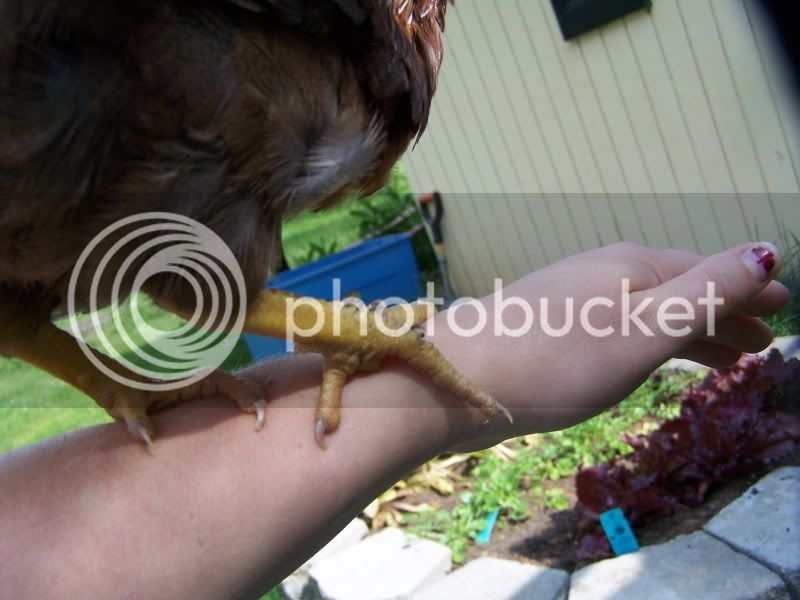 Expecting a crow any day now... 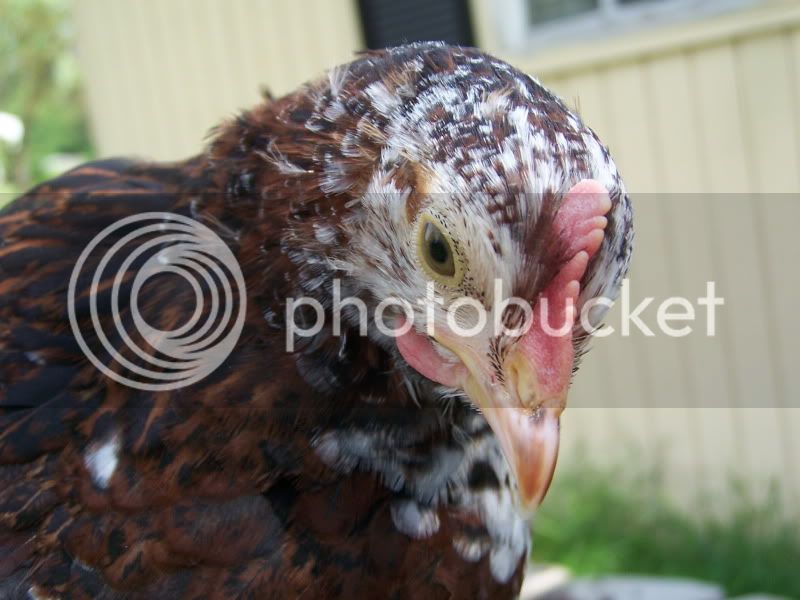 Do these all look like SS pullets to you? 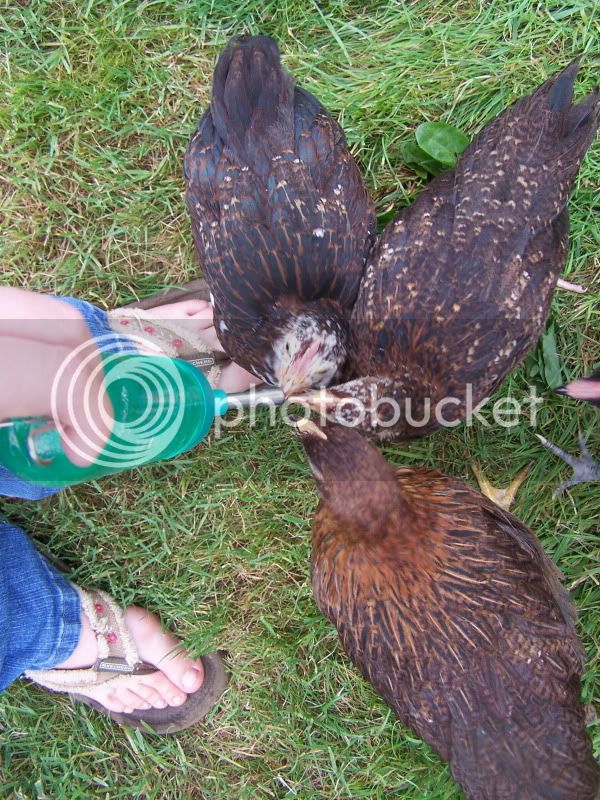 Thanks for letting me vent just a little bit. I am going to send these pictures and info to the hatchery for a replacement order. 30% accuracy rate is not really all that great IMHO. Any ideas on what the non-SS chick is? My guess is a mix of Welsummer and something else.

I think it's a plain Welsummer, she looks just like mine.

Mine has no leg feathers...but...her hatchery brother has a line of leg feather stubs and I've been told this does happen in Welsummers.

I have four SS. Ordered a two pullet, one roo trio. Hatchery had a poor SS hatch that day and offered us four instead of three (kind of as an apology for various mild snafus that day). Turns out to be three roos, one girl. On the plus side, I think one of the roos is beautiful & I wouldn't have wanted to miss him.

They came from Privett.

Good to know about the feather stubs in the Welsummer lines!! Are Welsummers a heavier bird? She just seems so big compared to the rest her age. I know nothing about that breed... guess I'll have to do a little reading up, eh?!

Mine are from Estes.

I don't think Welsummers are real heavy, but the SS were the smallest of all my chicks. The sizes are evening out now...mine are about 15 weeks old, I think?

Got them on February 21.

Have fun with yours! I'm going to try to post some pics of mine in an SS thread soon. I don't think you have welsummer either. Here's one of my welsummers and here's a speckled sussex hen.

Very cool! I will look for it!


I don't think you have welsummer either. Here's one of my welsummers and here's a speckled sussex hen.

Thank you for the lovely pictures!!

Your hens are quite pretty. Do you have any thoughts or suggestions on what the odd one out chick could be? I was suspecting Welsummer, but could be wrong. It is not a SS though, that is for certain. The legs are SOO yellow, there is just no way.​

I think Welsummer, too. Leg color is right for welsummer.

I think she is a Welsummer also. She looks like mine anyway and the leg coloring matches too. She is almost 19 weeks and my SS is almost 11 weeks. I ordered 12 Iowa Blues through Bomgaars (from Welp Hatchery). I ordered 10 pullets and 2 roosters and wound up with a beautiful black crested rooster that I am not sure what is besides beautiful! Wondering if my SS pullet (which was a replacement for a lost chick) is a rooster instead also. Have to keep haunting the site I think, lol. Anyway, your chickens are beautiful no matter what they are!