Someone on our neighborhood app found this little chick outside all by itself .Any ideas on what it could be? Starting to get some feathers on it's wings and a little sprout of a tail. No comb yet. Clean legged, three toes. 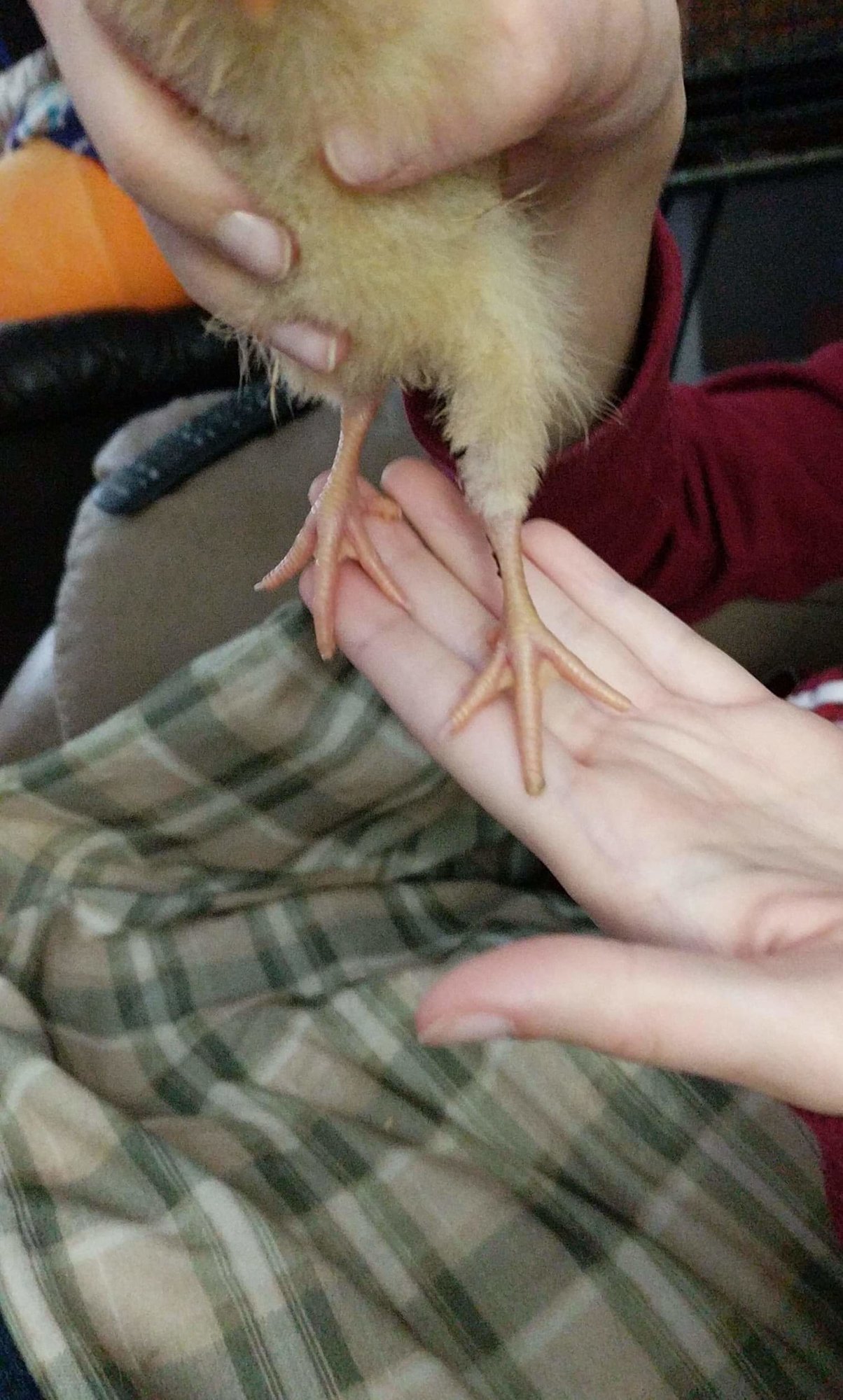 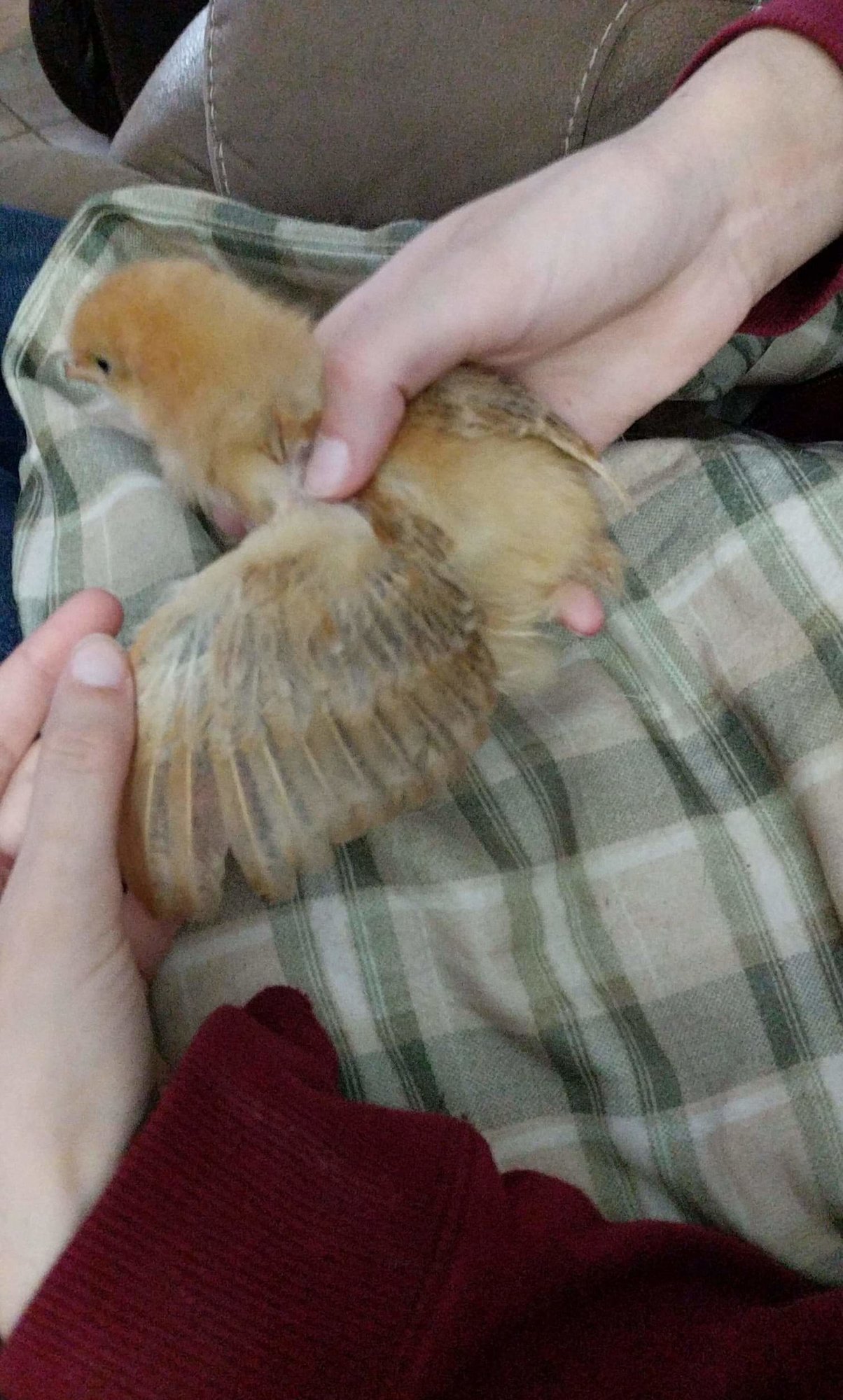 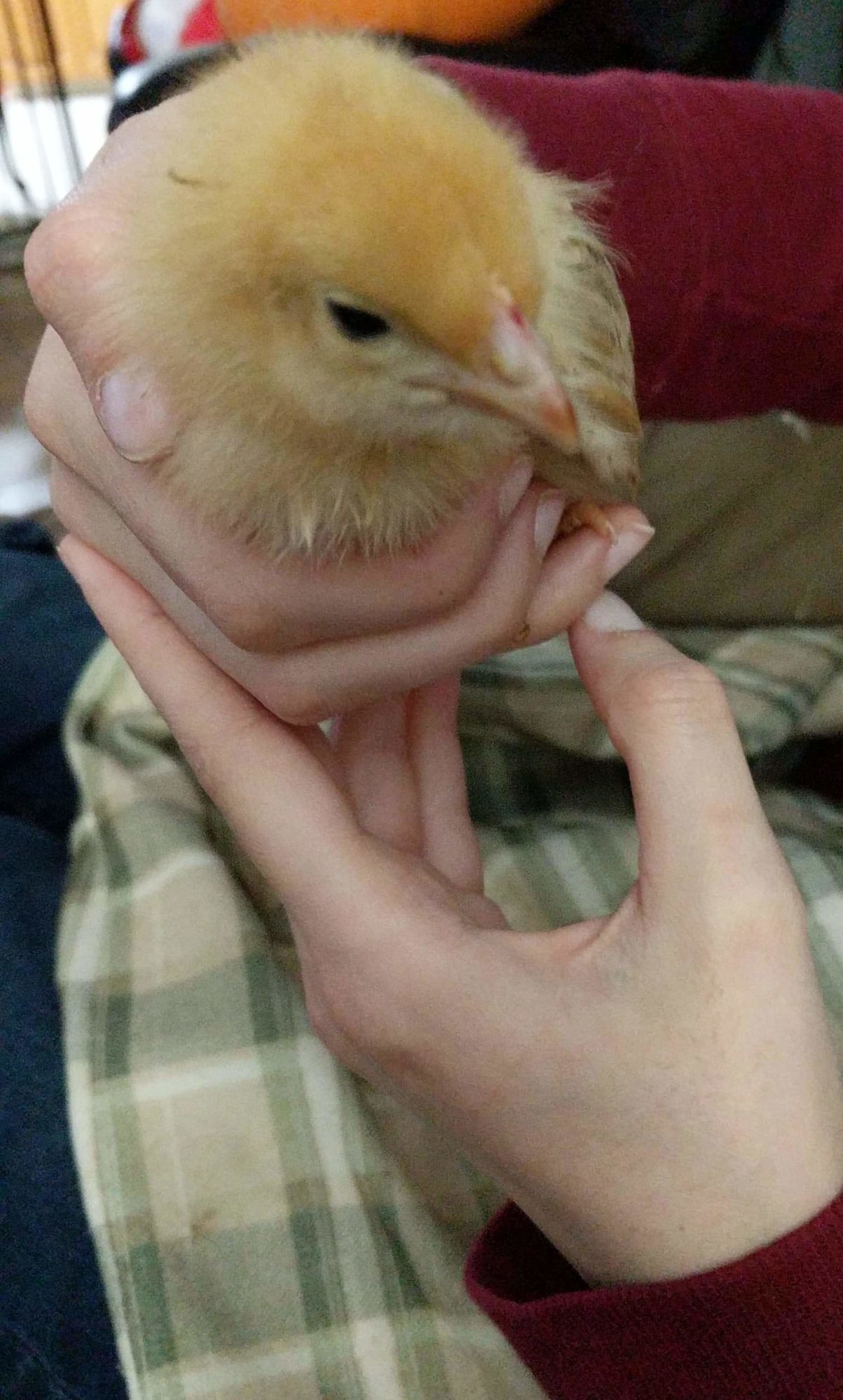 How does 2-4 day old chicks end up alone ? So odd. The little one has been picked on. The red spot on its comb and one of its toenails looks odd ? TLC for the little. Agree on some type of red.

Granny Hatchet said:
How does 2-4 day old chicks end up alone ? So odd. The little one has been picked on. The red spot on its comb and one of its toenails looks odd ? TLC for the little. Agree on some type of red.
Click to expand...

I used to find baby barred rock chicks in the backyard from our neighbors 3 houses down who owned a lot of chickens. Poor little peeps would travel a long way. The worst part was, it was attracting other cats.

That's one Humongous Baby. But its a pretty birdie. Its gonna be a Big 'Un!

OP's daughter here. No idea how it ended up outside. The lady that found it said it was on her carport the entire day. When we brought it home we noticed that each middle toe doesn't have a claw. No little stump of one either to justify them getting torn off. They just aren't there. I did notice the comb, so it made me wonder if there were others running around outside with a mother or alone in the area. The lady that found it said she went around asking neighbors, but none of them said they had chickens.

Do you think it'll be a standard sized bird then? All we have currently are bantams and we're kind of wary of standard sized chickens because we have seramas. I have to admit, I'm already attached to the little one though.

This afternoon the chick is still alive and doing well. A lot perkier than last night and actually running around and being a chick. It took a bit of coaxing to get it to eat and drink last night. Once it got the idea, however, it ate quite a lot before calling it a night on a full stomach.

If you introduce to her the flock at a young age about (7 weeks,) the seramas may always be top of the pecking order.

Hi OPs daughter, Either your mom has tiny hands or that chick is HUGE for its age. I keep seramas and I do put a few LF with them but it really depends on the chicken itself. Also like someone said, let it grow up in there after it dont need heat anymore.
Its possible a birth defect on the toenails.

Those are my hands in the pictures. When we got it I thought it was a bantam because it looked fairly small, but we have never owned standard sized chicks to compare. We have some other chicks right now that are around three weeks old and it isn't really that much bigger than them. That's what I was thinking on the nails. We have another chicken that is missing half of one toe and one chick with four toes on one foot and five on the other.

C
Help me Identify these chicks!

Atwoods and their Mystery Chicks