Sort by reaction score
A

Alright I’ve just started incubating duck eggs and my first ones are starting to hatch and the incubaters slowly filling up but as I candle them I’m noticing problems the first image is due on the 8th and it has veins it’s confirmed fertile the second image is due on the 7th EARLIER Than the 8th BUT NO VEINS and that’s not just a yolk in there it looks fertile to me now let’s zoom ahead in the third image the egg is due on the second And it’s doing great I can see it moving and it’s getting big, now in the 4th image this egg again is due earlier but

I didn’t mean to push post thread but I have multiple eggs doing this and I have no idea why ?
A 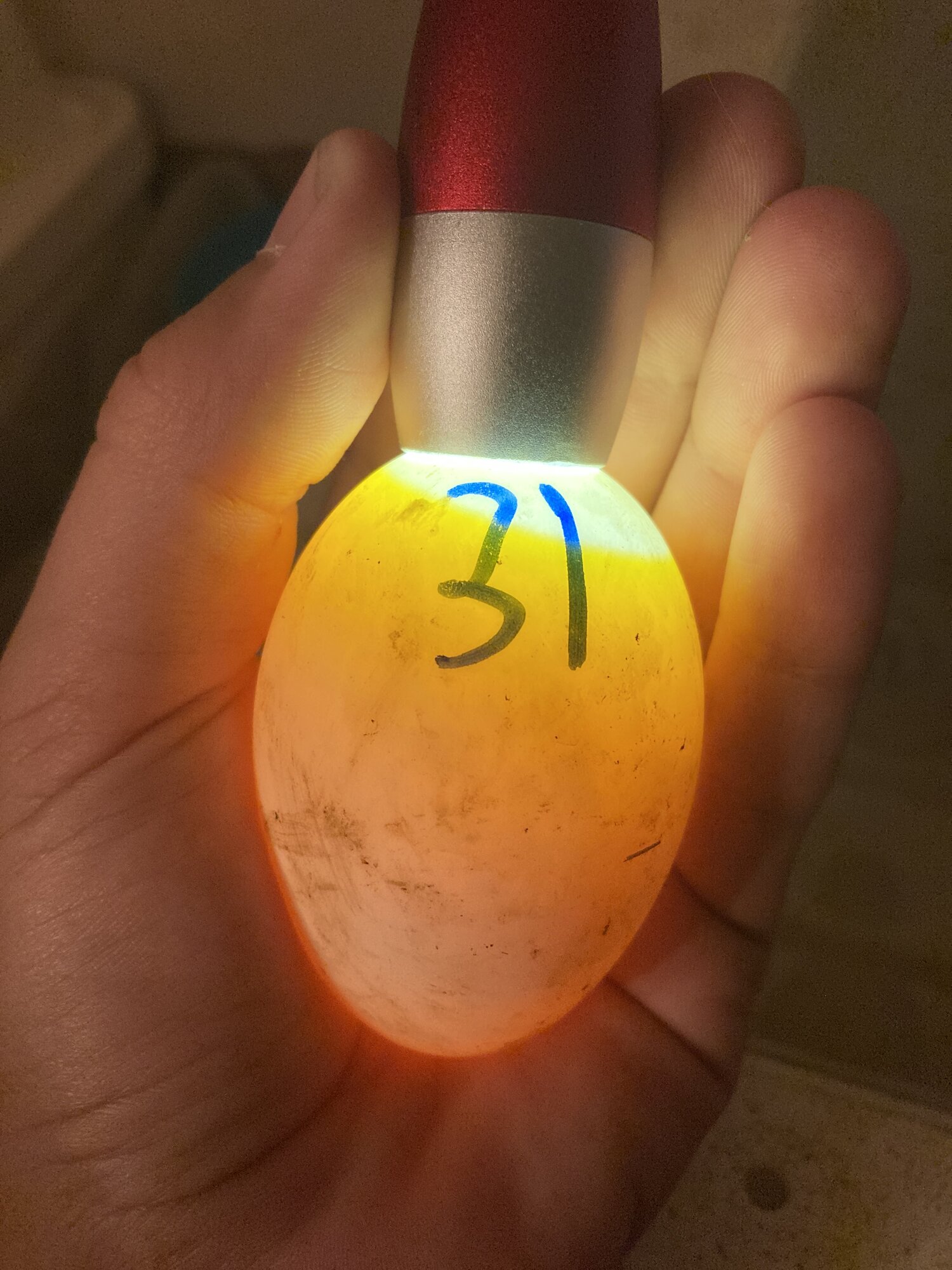 second and fourth pictures look like nothing was growing to me