I have a 2 y/o silkie hen, Harriet, who has always been a little "special". She likely had a head injury during shipping, but has gotten along just fine so far! I've had her since she was a small pullet, and she's always been a little slow, off on her own, and not super aware of what the rest of the flock is doing. She also has an enormous crest and beard which obscure her vision, so I try to keep those trimmed, which does help her get around and find her bearings better. She's finally gone broody for the first time, and I'm concerned she's not getting enough to eat. She will peck indiscriminately at things that aren't food (a behavior she's done since a pullet, which does improve a bit with a haircut!), or peck at/near food but not quite get the pellets, or she'll get a pellet in her beak and then drop it. These are all behaviors that I've observed in her before over the past two years, but I'm a little more concerned for her during her broody period. Since she's not spending as much time attempting to eat and spending more time sitting, she feels like she's lost some weight when I pick her up. Other than that, she's a cheerful, feisty little thing and seems quite herself, energetic, "normal" for Harriet! I have tried force-feeding her pellets by hand, which is an enormous chore and she is VERY difficult to keep still for the procedure! I have thought of wetting the pellets for everyone so they puff up more, so she's more apt to get a mouthful of mush vs. drop a pellet. I've also been adding vitamins to the water - she's a great drinker - so she is getting some nutrients that way. She is pooping a big broody poop in the morning, so I know she's getting SOMETHING, but it doesn't seem like enough.

Has anyone else cared for a chicken like this? How can I make it easier for my sweet, "special" girl to get more food in her? She really only recognizes the feeder as a source of food and won't eat whatever I put in front of her unless it's in the red feeder base, so at this poitn making her special meals isn't an option. 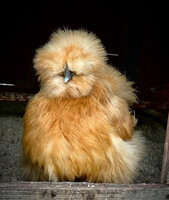 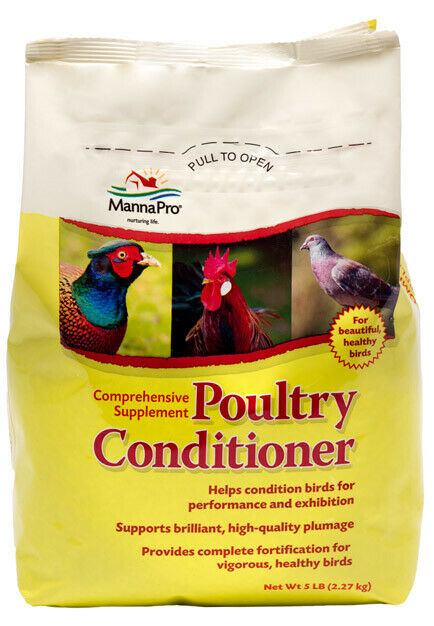 Maybe some of these pellets sprinkled on her food? I use them every once in a while and it comes with a little scoop.

I have a silkie that had a head injury too, and she’s definitely different that the others. Do you have a scale you can weight her with to see how much weight she is loosing? Can you try mixing milk with pellets instead of water? My girl was adult when she had her injury, and that’s what I fed her while she was in recovery. It seemed like it helped her get back to her normal weight.

H
Anyone Please Help! Hen not Eating or Drinking!!