I'll let you know, what he will not tolerate is dogs in his yard or other cats comming near the coop. His spot on the fountain overlooks both yards, and heaven help you if you're a stray on the fence near HIS chickens.

you guys wanna see a fat cat??? took a great picture of our one girl today 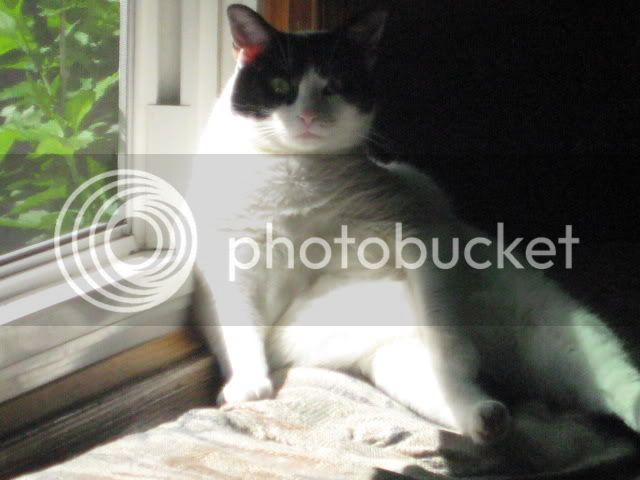 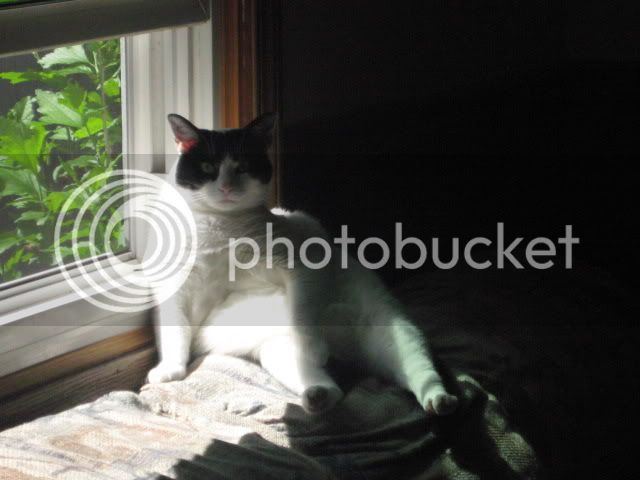 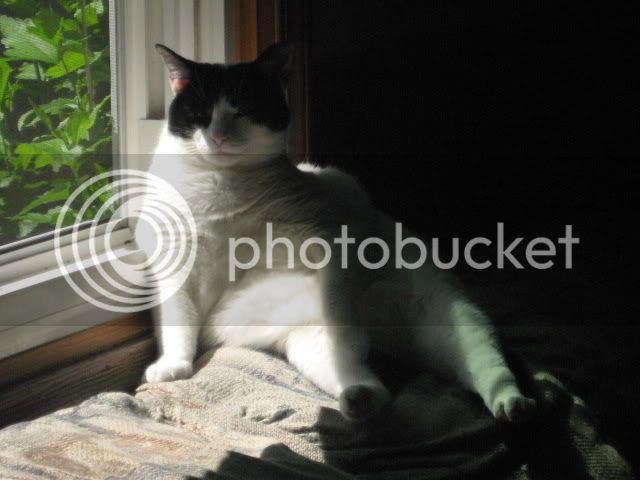 now I know that kitty would like it some quail

Quote:there is no such thing as over kill.
Quote:with my small hands I can't handle anything bigger than a .45

It's not the recoil it's the grip

You have a glock?! I'm jealous.

Mine's a 3 ft long monster of a cat, he really was the dumbest thing on 4 feet for years, till he was hit by a car and busted his hips. Since we worked from home F/T the vet gave us bottles of kitty morphiene, directions on sanitation, and his cathetor, and wished us the best of luck. 4 monts later he was walking and a completely mellowed cat (reminds me of my uncle who spent alotta time in Berkley in the 60's). But he will not tolerate any animal to be on the property that is not "family", he'll even guard the coop. Sadly the neighbor's 7 purse dogs can't seem to figure it out, and are recieving DAILY whoopings from him (they run out from the backyard, try to poo under his fountain, and he smacks them all silly till they run across the street.

) It's a quiet street but one day theu're gonna find a car when they run across, I've tried telling them the dogs are out roaming but the lady who bought the place says "they're tiny, they can't hurt anything"

Then again dog #7 is a puppy an is carried around in the purse (they get too big to carry, so you need to replace them every 6 months she says

I wanna borrow Coco for the next time my neighbors goofy lab comes over. One of the most innocent dogs in the world. Dog is so senile that he doesn't remember that he doesn't live here

Quote:I thought you was talking about pets but I guess they are just status symbols.

It makes me giggle to think of what that dog purse *smells like* at the end of the day.

7 ankle biters? I thought my mom was bad with those lil pomeranians