I've been really sad lately. I just can't get over the loss of my darling Piyo, a Buff Orpington hen. She died on December 28, 2010. I really miss her. I had let all fourteen of my chickens outside after cleaning the coop, then went inside. Hawks have never bothered us. They were always too scared to come out of the woods near our backyard. So it was quite a depressing shock when a hawk swooped down and killed Piyo.
I just wanted to share Piyo's story. I typed this not long ago, when I was remembering Piyo.

Piyo was an amazing chicken. I will never forget her. She taught me a lesson; the same lesson I will say to everyone that read this: Never give up! Poor Piyo was dying, but I never gave up on her. I worked with her and she became healthy. She went back to live with the rest of the chickens and, in time, became a part of their flock again. If one of your chickens is dying, don't give up! Work, work, work. Do whatever it takes to save their lives! (or their toes, in some cases

)
Sometimes when I go out to see my twelve remaining chickens (one of my White Leghorns, Fern, died not ago) and I'll see Biscuit and be reminded of Piyo. She's a Buff Orpington, like Piyo, but scrawnier and with paler feathers. So sometimes I'll see Biscuit and think that perhaps there is a chance she is back. But I know not too deep down that Piyo isn't coming back. Her body will remain by the roots of the big old pine tree. And I will try to keep this piece of land, which has been in my family for four generations, together. When/if this place becomes abandoned by my parents, I will take it and guard it for at least another generation.
As for Piyo's "soul"? Well. May it rest in peace. 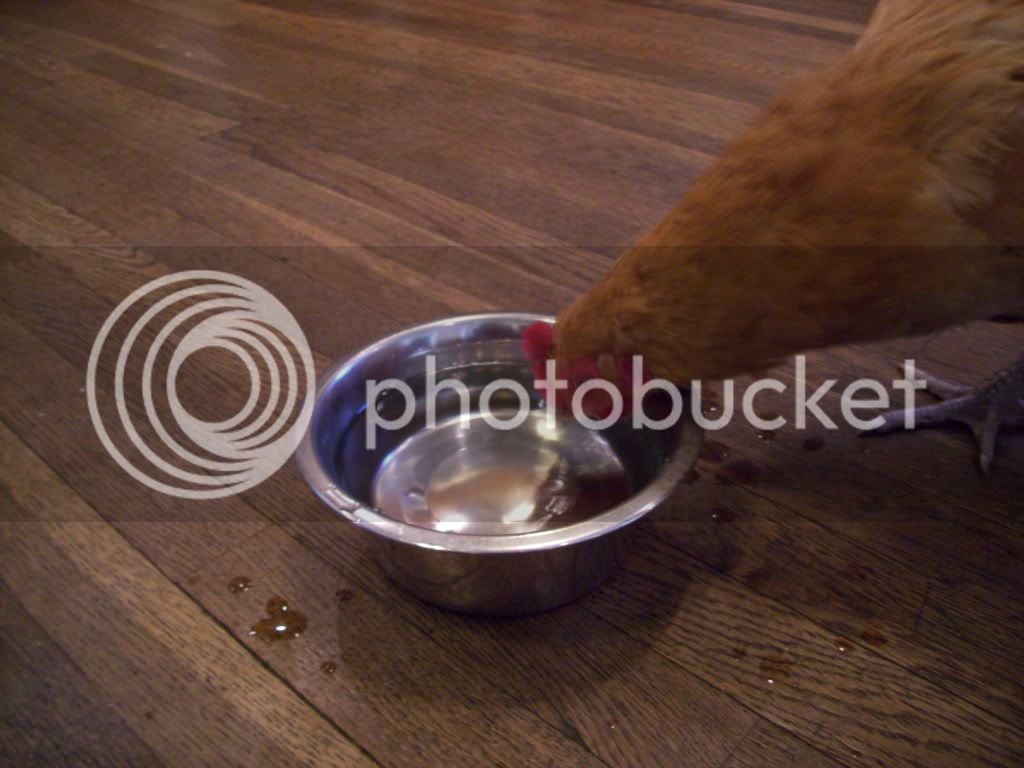 Sorry for the loss of you presious little hen

Thank you. ^^
One the worst things is that my best friend was shocked when she first heard the news, but now gets angry every time I mention chickens. When I mention Piyo, she yells at me and tells me to get over it. She says that she never acted this sad when her rabbit died. But the thing is... Piyo and I were best buds. My best friend and her rabbit... well, they got along, but they weren't best buds. Sigh... Only people on the Internet understand my loss!

I feel for you. There are many people who really enjoy animals but don't form deep attachments. That may be the case for your friend.

I'm sorry for the loss of you darling little hen. I'm that close to my two girls, Atsuko & Fea. I can't bear to think of loosing them.
But hey, you can thank that little hen for the memories you have and the lessons she taught you.

i understand your sadness completely, i lost my best chicken friend last saturday and my sadness, like yours, is epic. you have every right to your feelings my dear and don't let anyone tell you different - not even your best friend.
*big chicken hug*