We'll be getting chickens soon and right now were starting the building process. At the moment we are putting up three sides, left, right, and back. But my dad says we don't need a front. He's had chickens before at his old fire station, and their coop didn't have a front. If your not sure what I mean.. here is the picture of the coop right now.

This is the coop and you see that there is no front? well that what I meant, should I put a front on? 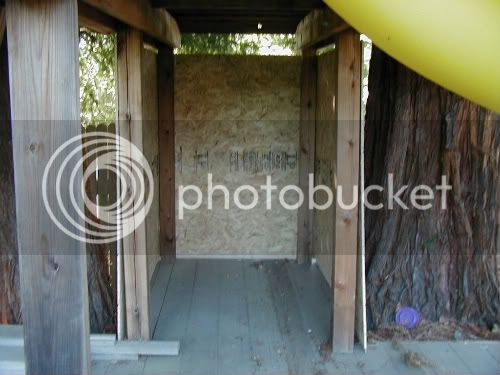 This is kind of a side view. The front part where the gray wooding on the bottom is is going to be the covered part of the run, more like a deck outside of a house. 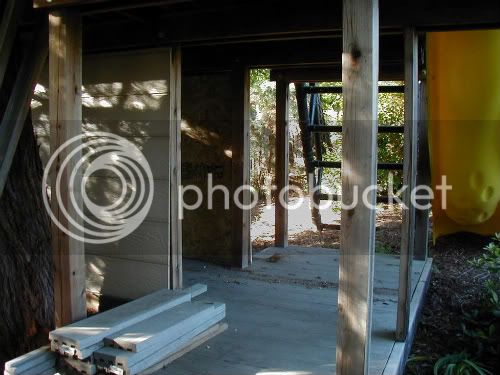 This is just another view. 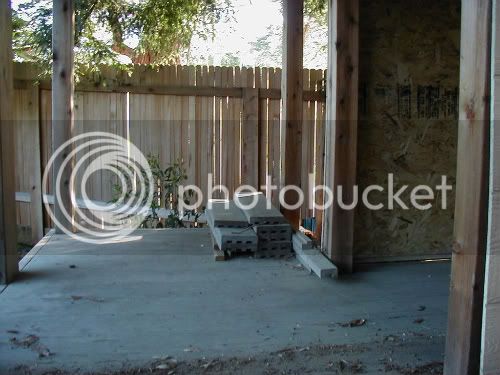 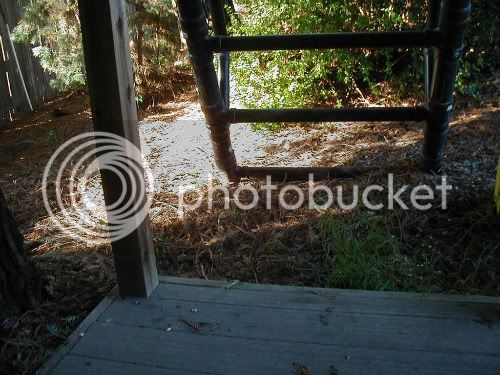 We'll be sticking them in soon, right now there just leaning up against the sides where we want them. Also, when you look at the first picture, there are somewhat cracks at the top, were going to cover those up with some mesh of somekind too.
So hopefully you got what I meant. And heres the question again: Should I put a front on the coop, if so, why? my dad kind of will only put one on there if he has the facts.. heh.

I personally would put a front on to keep night time predators out. It would also protect your chickens from bad wheather.

Your feathered friends need to be safely tucked in at night. From all sides.

Even if its going to be completely
secure with wired fencing all the
way around the gray area and the run outside (as seen in the pictures) ?
(sorry my dad really doesn't want one, but I really do)

I would put on the front.

If you're absolutely certain that no predators can get into the run, and you're in a mild climate like southern California

, then no....you probably don't need a front door.
HOWEVER ~ to be completely predator proof you'd need a cement or wire covered ground, and an electric fence.

The fire station probably didn't have the predators you'll be enticing with your chickens.
Do you have a dog that can chase off raccoons coyotes?

And tell your father the coop looks wonderful. He's done a really solid job of constructing this for you. Give him a big hug!
The chickens will love their new digs.

We actually live in the northern part of california, in sacramento. And right now its been getting up into the higher 80's in mid day and around... maybe the 50's at night. The only animals that can get into our backyard (because our yard is kind of fenced off all the way around) would be racoons. And we most likely have those in our area because our neighbors have been getting them in there garabage and there cats food. Would cats get in? and our dog is an inside outside dog, so she most likely won't be outside at night.


So... my dad is still not up for getting a more secured coop, but thanks CarlaRiggs about the cement or wire covered ground and electric fence. That might help when i ask him again. Oh and the firestation was kind of on the edge of a... sort of deserted forest, kind of? There were some wild dogs and coyotes that lived back there and the occational fox. But their coop was completely secure. It had wire about a foot down under the ground and wire all the way around except for this little box that didn't have a front. (it wasn't little, it could hold about five chickens).

But thank you anyway

imho, because I like to sleep at night without worrying about my birds, I definately would put on a front. I have lost some beautiful birds to owls I didn't even know I had. But it seems to me that heat is going to be a problem where you live rather than really bad winter cold so I would use hardware cloth or a good strong small hole welded wire with chicken wire on the inside up a couple of feet from the bottom. This way the birds will stay much cooler when summer gets here.

Raccoons in the neighborhood is more than reason enough to make the coop strong as a bank vault. Raccoons will rip your birds to shreads, even reaching in through wire mesh to eat them bit by bit through the wire. Not a pretty sight and something that can be prevented.

And don't use chicken wire or flimsy welded wire. A full grown raccoon can rip through them. (And fill in that space over the rear wall, even if only with hardware cloth, firmly attached. Raccoons will climb.)

Yeah were all ready going to do so, covering the back up. My dad says we'll be putting a wall up, in the front, in late september when it starts to cool and rain season begins. I'll show you the finishing soon, maybe you'll get what were doing. And the wire were using isn't the flimsy kind, it actually pretty strong.


It won't take much work to just put some wire fencing up over that hole, but my dad still doesn't want to. He keeps saying that this is what he did at his old firestation and his chickens were fine. So I'll just have to wait and see or something.
You must log in or register to reply here.
Share:
Reddit Pinterest Tumblr WhatsApp Email Link