One chicken in flock looks terrible.

I have one dominique in my flock that looks absolutely terrible (actually looks worse than this now). We are going on about 3-4 weeks now of this terrible look. I thought at first she was molting but her feathers are starting to look frayed and mangy and it's not going away. A few of the other chickens are starting to lose head feathers which seems like the start of the annual fall molt but otherwise look smooth and beautiful. Any ideas? I don't see any visible mites or lice. She's eating, drinking and interacting fine with the other girls. We don't have any roosters. 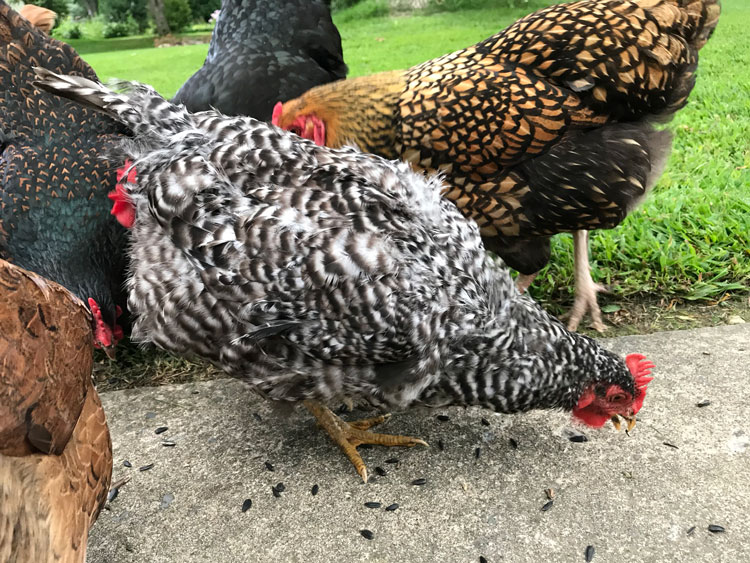 I had a hen with funky feathers similar to that before...I think once she had a funky molt the rest of her molts resulted in abnormal feathers. She acted normally...only abnormalities were the feathers and she also laid soft shelled eggs. I think she may have had a thyroid issue or other hormonal problem, but really don't know the cause. She ate well and did ok with the other flock members, but was bottom of pecking order. Her life was of normal length and she died as an older bird.

I think she is molting,maybe give her some scrambled egg for some extra protein. Is she laying? Most hens stop laying when molting.

Bad molt most likely as you don't have a rooster, are you sure the alpha hen isn't trying to play rooster though? I had an alpha trying to mount the other hens before I got a Rooster

A
Ugly Crazy Feathers…Trying to Fix!!
2 3

Watery white poop with something in it? Missing vent feathers? (Pictures)