The one on the left is of a British Orpington. The right was Reserve Breed, Crossroads of America Joint National.

Over a year ago I stated that the UK and American Orpingtons were different breeds.

We acquired a Lemon Cuckoo British Orpington on January 2, 2012. She will be mated to our Greenfire male. We will also be exhibiting them this year as British Orpingtons so folks can see first hand the differences. What would it hurt to show these for what they are? Will post photos as soon as we can. This pullet is an import herself.

2) We all have a right to our own opinions!

3) This thread is for open and honest discussion!

4) No flaming of individuals!

Please try to post side by side photos when possible. The one in the top picture looks more like a cochin. JMO

Example: The Black Australian Orpingtons aka Australorps. Here is the Best of Breed Australorp at Ohio Nationals. 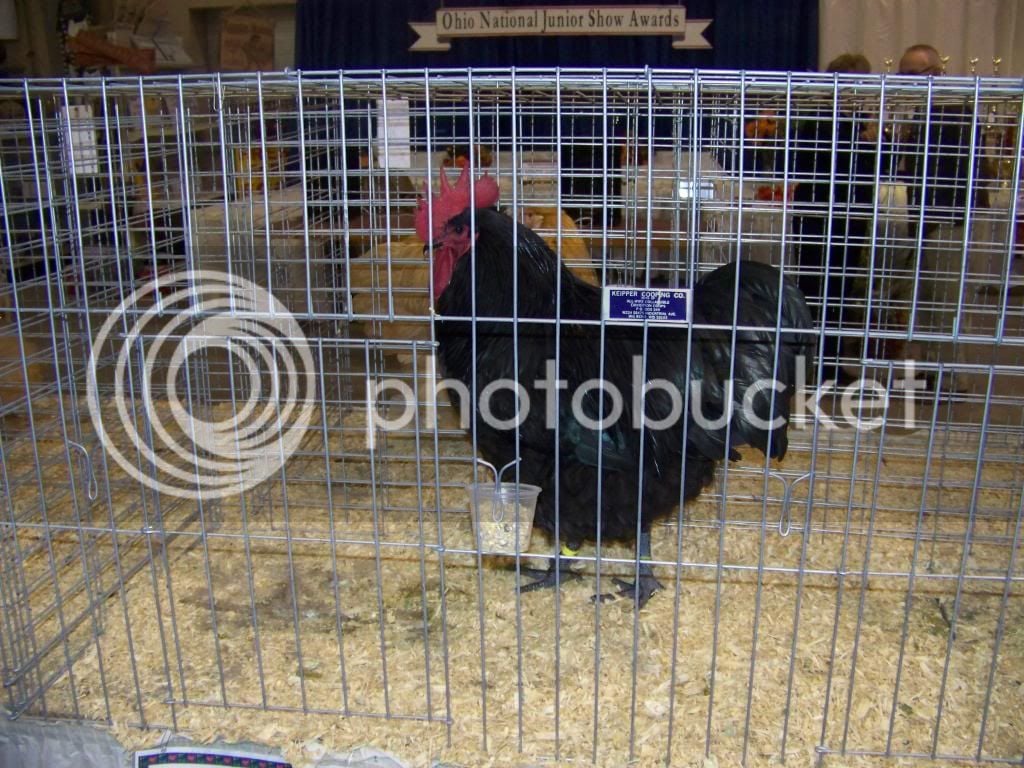 An English Blue Orpington from page 6 of the imported Orpington thread. 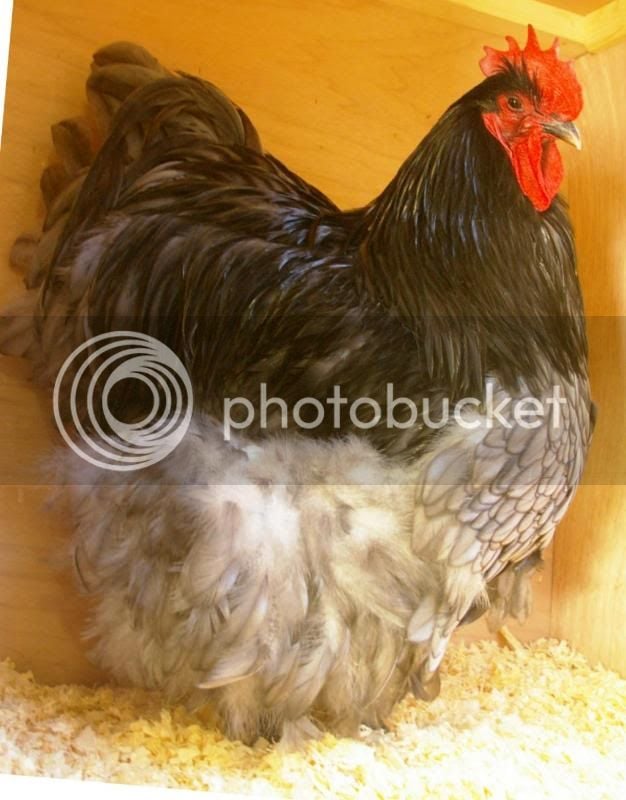 Correction on this photo:

I just think that an orpington should be more distinguishable rather than looking like a cochin that is all. To me they should not really resemble each other but have distinct differences and that one looks too much like a cochin. Now I do like the Blue black one.

One of Julie's Blacks won Champ English last year an APA sanctioned show in Florida. That bird was either all UK or partially UK. I think we have covered this on many many threads and forums. It is not important what goes into a Champ English bird that is important in my opinion. It is how well the breeder culls from their breeding of these birds that distinguishes the Champ English breeders from the novices. It was in the early 90's that folks here in the USA bred into their Orps Jersey Giants. We all know Buffs have a heavy Plymouth Rock influence, some have used Wyandottes and obviously Cochins too. But the results are either culls or Champion quality birds. And if you know what your doing I am all for what ever you use as long as the results are to better your quality. Your the one who has to feed these birds. Your the one who has to look at these birds. I have seen much lousier birds called Orps then Julie's Blues and those birds were American made. And those breeders haven't ever won any class with their birds. Since Julie has won, I think we all should give her some credit for being so bold to continue making her birds the way she likes em.

Wouldn't that be a question best asked by Julie?
Quote:

Hi New to this forum Have a question Is a Splash Orpington a breed of its self or is it a mix of two breeds like the Blue Orpington. Ifso a breed to themself are thay hard to hatch.Cuz I'm not having good luck with hatching them. Thanks Jeremy

Splash is a color in Orpington. It's NOT a reconized color as blues and blacks are for showing. When people say they have BBS Orps that means you can get a % of chicks in colors of blue, black and/or splash. Splash happens to be my favorite of all the Orpington colors.

So are you saying you cant breed splash to get splash?

That is not even my bird. It was taken from page six on the imported Orpington thread and it is stated there that a English friend of mine sent me the photo and told me i could share it.

I could only wish it was mine. Love the looks of that awesome Orpington.
Last edited: Jan 3, 2012

Anyone know breed/gender of these 11wk chicks
2 3

M
How many breeds to start with?