I am converting my (new-to-me) 10x16 shed into a coop next week. I'd love to see pictures of how to properly ventilate the shed. There is a vent in the front and back up at the roof line, that's it. There are no windows. I can't add any windows or do any major remodeling until late spring/summer. My husband, AKA my handyman, won't be here until then.

I am sectioning off the back 10x12 ft for the chickens. There will be a wood framed, hardware cloth covered wire wall dividing the two sections. The front 4 ft section will be my storage area. I can keep the front doors open during the day for ventilation until I can figure out how to properly ventilate it to keep the doors shut at night and when it's cold out.

Pictures please!! I am a visual learner

This kinda shows what I did. In between the rafters, instead of closing it off, I covered it with hardware cloth. It is under the overhang so no rain problems. On top of the plywood, I just left it open and covered that with hardware cloth. I made mine by closing off the end of a shed, so what you are seeing is inside the shed. I had something similar on the outside wall. Overhanging roofs are nice.

My ventilation is at 8' height. My roosts are about 4' high. Any cross breezes are well above the roosting chickens. My coop is really really small and I am learning tons about ventilation due to frostbite on the combs already this season, being my first year with chickens. But so far, I have learned a few things. Chickens can handle incredibly cold temps as long as they are dry. We have had many nights already below freezing and my tiny coop is not insulated. I was afraid of leaving windows open at night because of moisture was building up, but I was afraid they were going to be cold.

Well, they never even flinched at the minus 3 and 4 degree nights we were having there for a while. However I had big problems with moisture build up, even tho the windows were open. And because I am not a "handygirl" like my hubby and we needed to fix the ventilation issue fast, I insulated the entire coop with cardboard. Even the ceiling. There was a tiny window at roost level which I did not want wind blowing on them, so I covered the entire window with cardboard also, except a tiny slot that was above their heads. I also opened the vent that was behind them all the way. (I do not have pics and I know this is hard to imagine).

But, to make a long story short, I think that you can nearly have an open air coop, on one side, as long as no wind blows directly on them, AND there is ventilation above them to let out the heat and moisture from the poop and their breath.

I have not had a single case of frostbite since. (You wouldn't believe how dirty combs get with repeated use of vaseline!!

) I now leave all the windows wide open on the other side of the coop where they are not sleeping, vent wide open behind them, and this tiny slot just above them. The chickens are comfortable and no frozen combs!

Ridgerunner, thank you for the picture. I don't think I could do that with my shed, there is no gap between the walls and and the ceiling. I would have to have a go at it with a chain saw....not a good idea lol.

I am in South Carolina so I think the heat/humidity in the summer is going to be more of an issue then the cold. I would like to be able to leave one of the double doors open all the time to allow an abundance of fresh air in. It gets cold here but we don't get long cold snaps and hardly any snow. We have had a few nights in the 20's and one night in the teens.

Hi, Please post a few photos of your shed so we can see construction, roof type and material, pitch, etc...That would help to try to come up with a solution to you ventilation issue. Will chcek back.
Erik

I bought the shed from a place that rents sheds and then if they repo them, they sell them. That's why it says "REPO" on the front of it. I am having it delivered next friday. The last picture shows what I want to have on the inside. It's 10x16, and I want the chicken area to be 10x12 with a wall something like this dividing the back chicken area from the front four feet. There are no windows, just the vent in the front and the same vent in the back. The shed has 8 ft side walls. 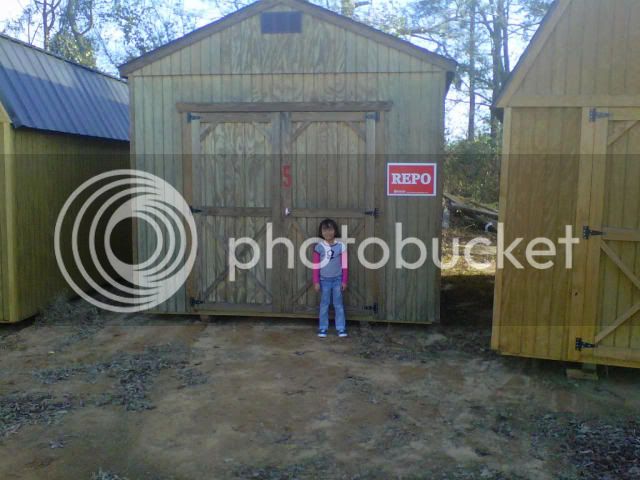 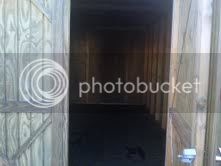 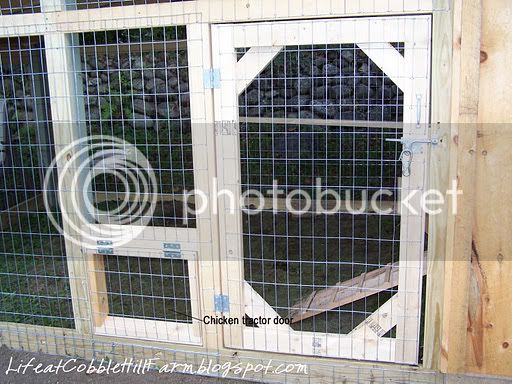 What if I take out the existing vents and make larger, triangle shaped vents covered with hardware cloth? Could I keep those open all year round?