My flock seems to have something going on with reoccurring facial swelling. It is usually the brow or corner of the mouth, sometimes both. It has never gotten to the point of an eye swelling shut or beak swelling open, and there has never been any puss or discharge from either the swellings themselves or the eyes and/or nostrils. Their behavior seems unaffected and they have all eventually cleared up on their own. It’s just happened to enough of them now that I’m wondering what could be causing this and if it is a problem.

Is there a possibility of posting a couple of photos?

Farmer Connie said:
Is there a possibility of posting a couple of photos?
Click to expand...

Of course! The first three are of the worst instance there’s been (big cheek swelling on one side, brow on the other), and then the following ones are of more standard examples. There’s four different chickens shown. Despite the uncomfortable looking swellings, everyone is eating and laying normally and happily dustbathing in the sun right now. 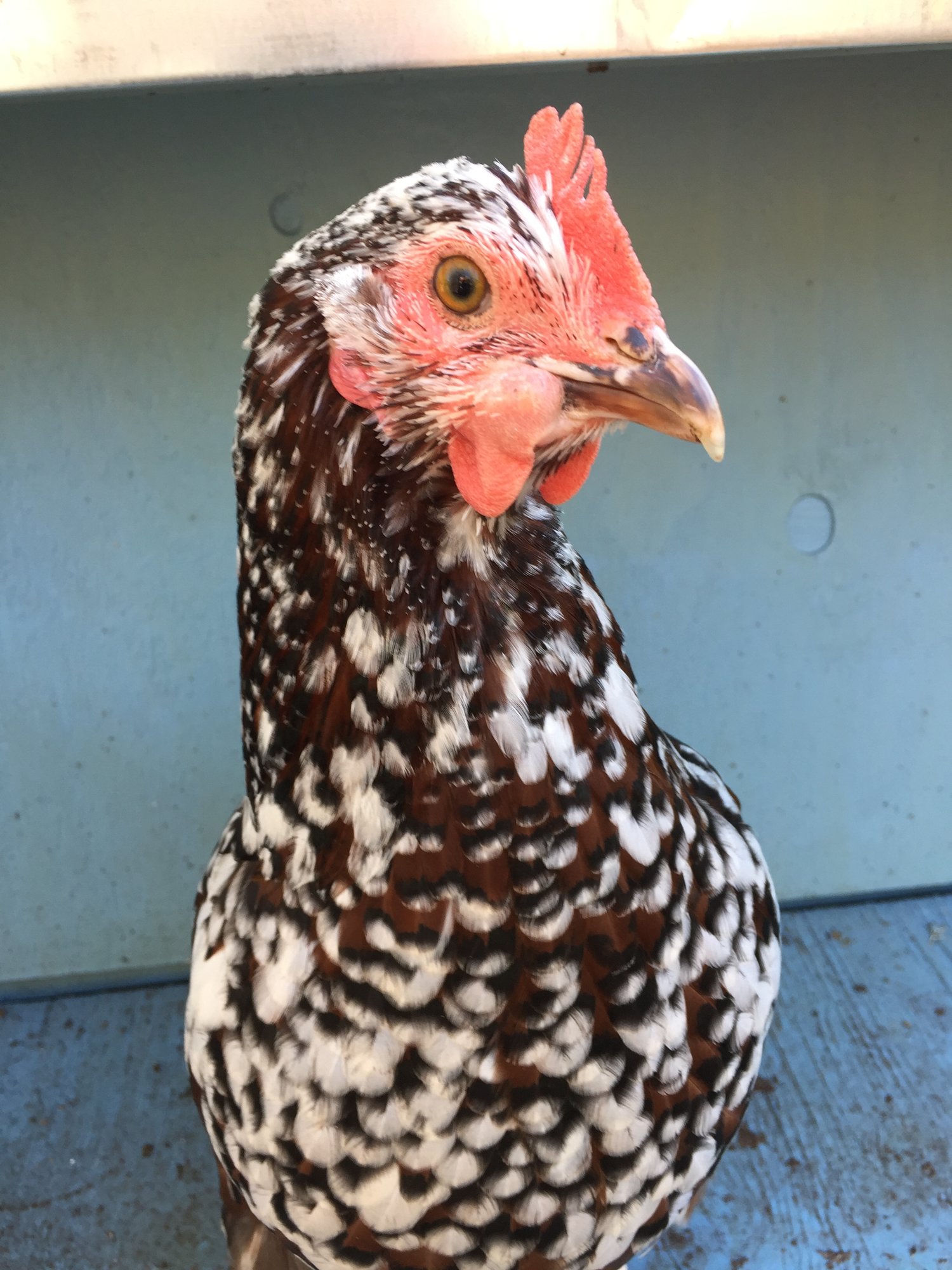 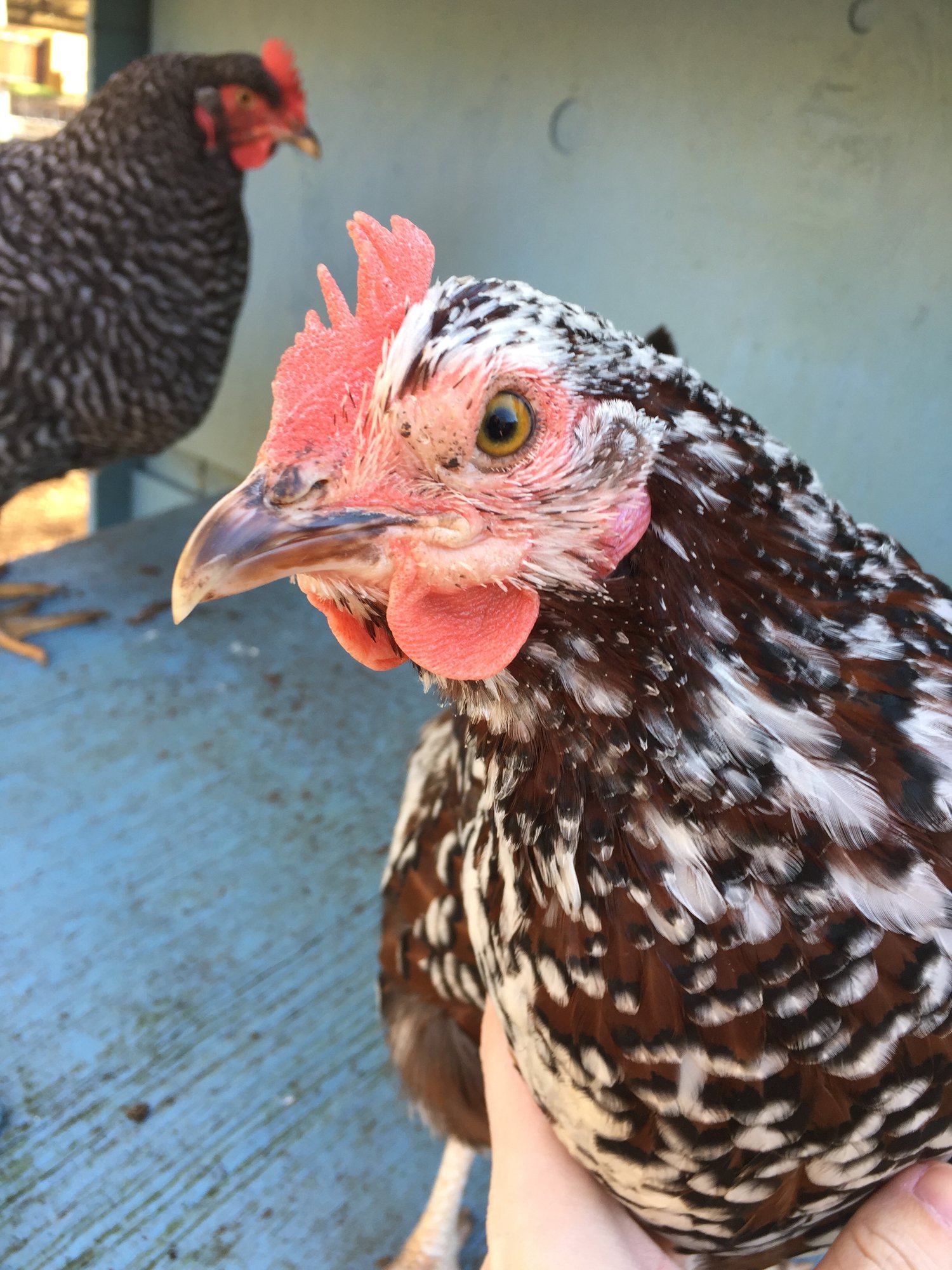 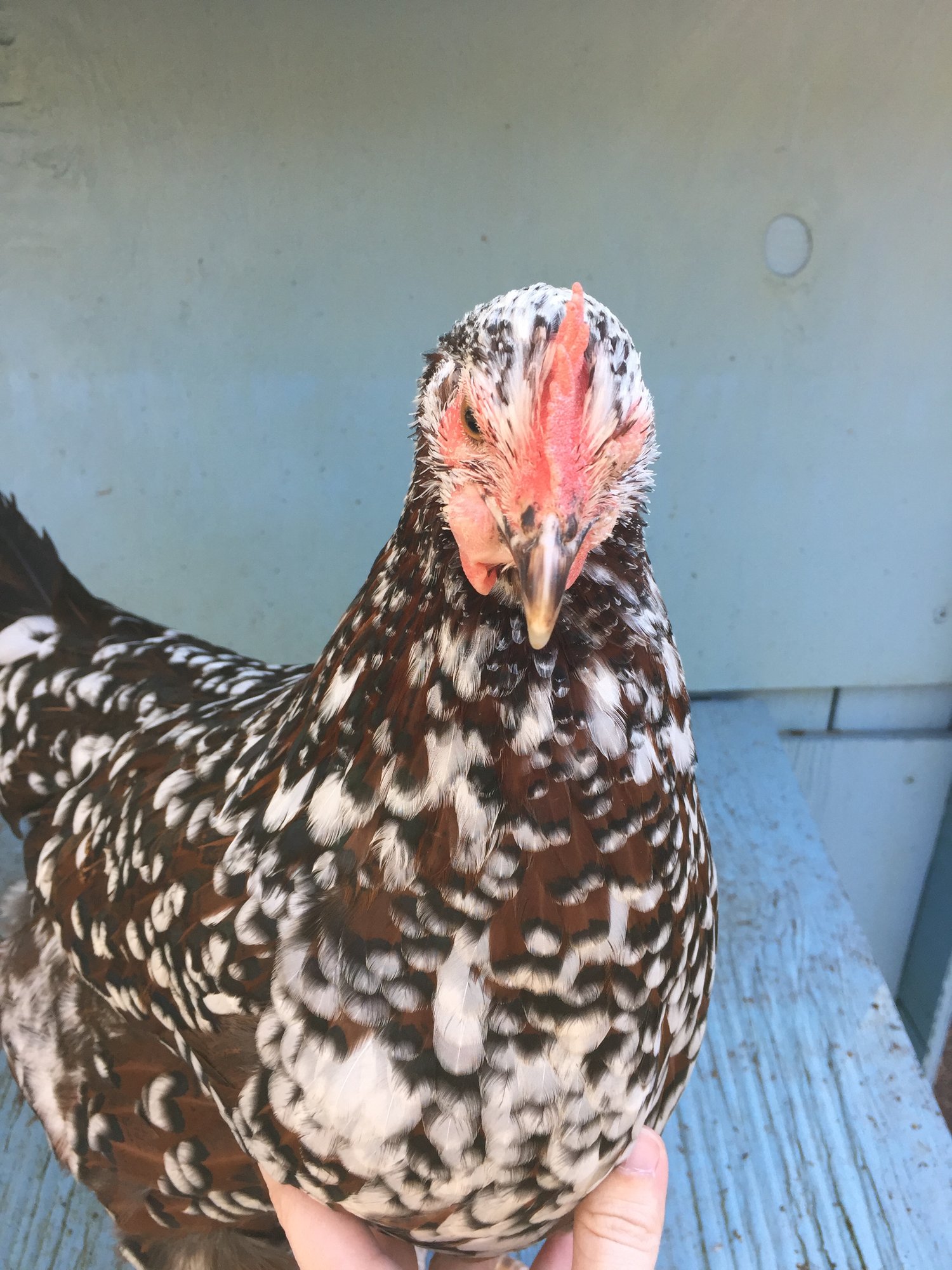 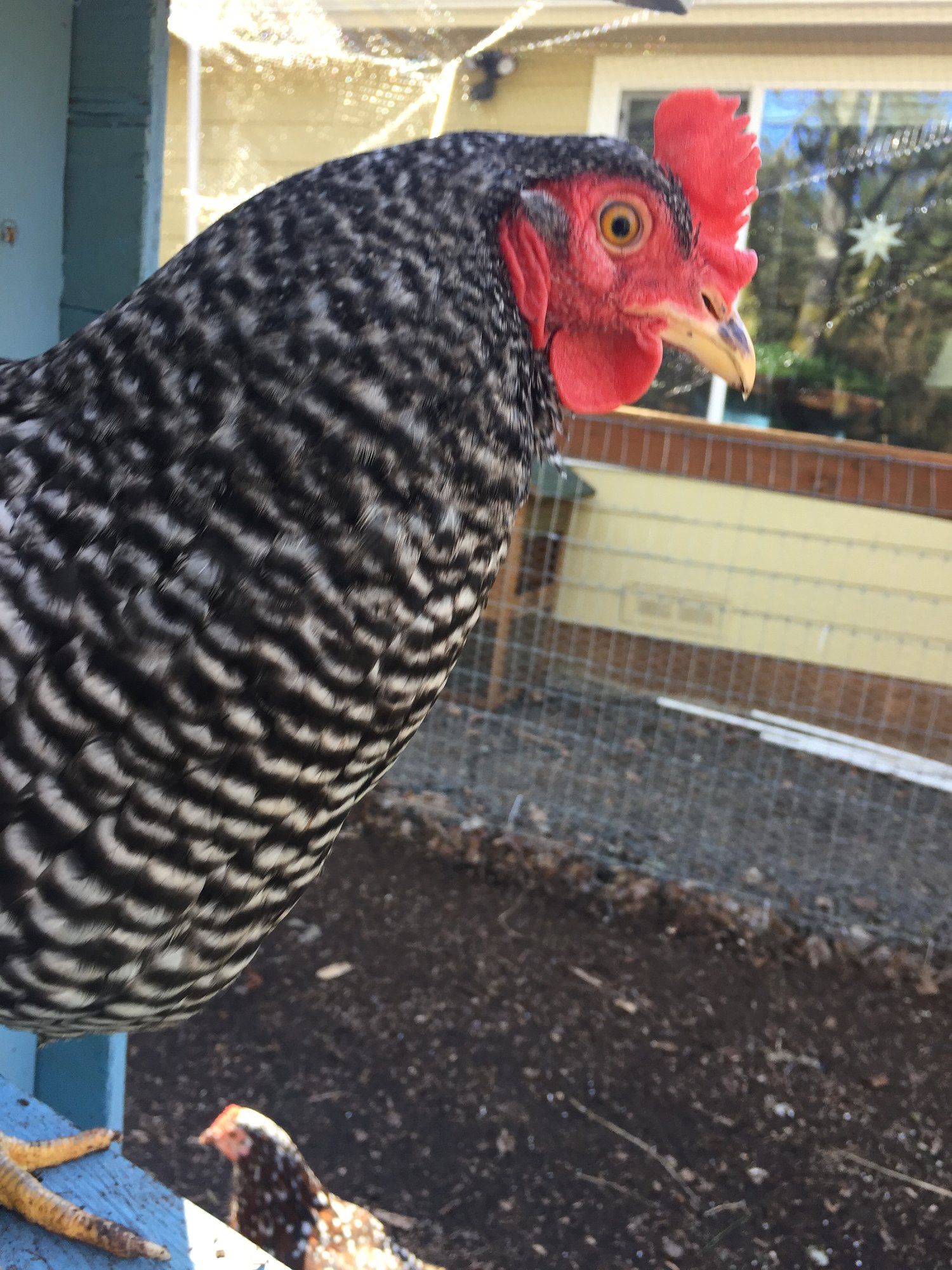 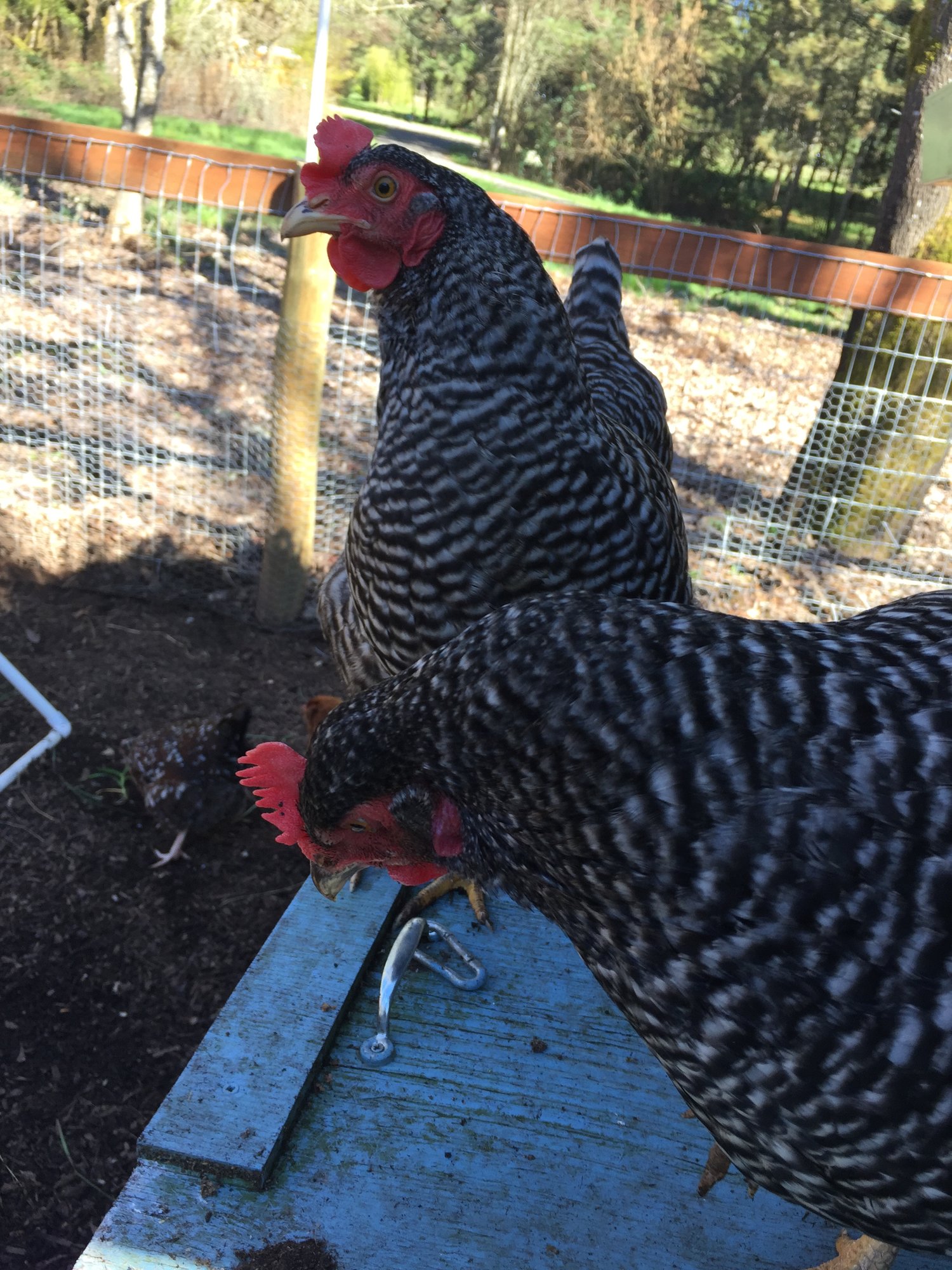 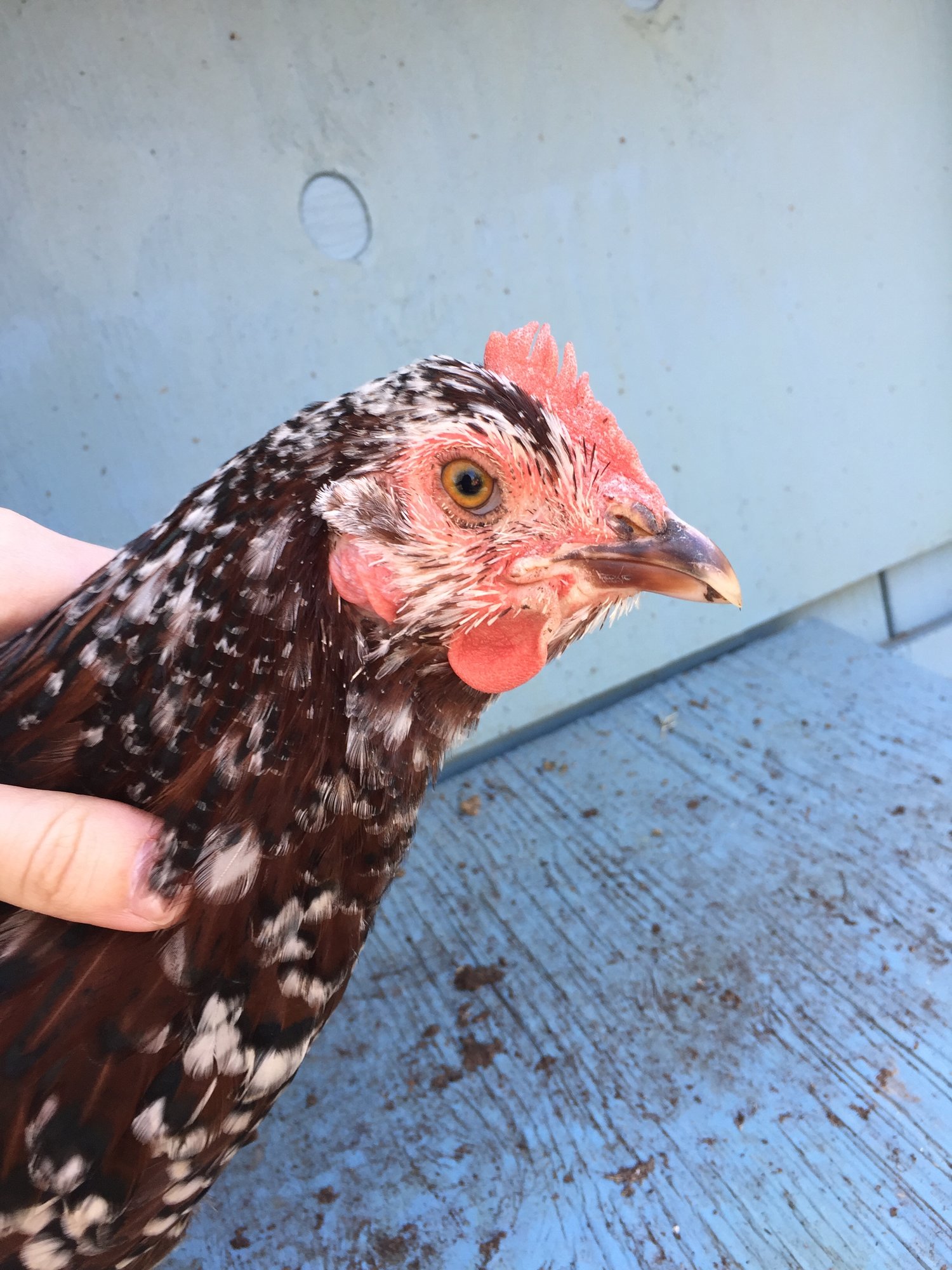 Anyone have ideas? It looks like pictures of mycoplasma, but they have absolutely no other symptoms...

I would look at pecking with swelling or an abscess as a possibility. The most serious looking is the one with the swelling around the beak. I would look inside the beak for any yellowish or grey patches or swelling that could be canker (histomoniasis,) an infectious disease spread by pigeons that smells bad.
Have you seen any signs of a respiratory nature, such as sneezing, gasping, nasal or eye drainage that might be mycoplasma?

Thank you for the suggestions! The very first time this happened, the swelling (a beak/nostril corner one) had a tiny crusty bit on top that made me think it was an abscess. Some vet techs I worked with agreed. I did a hot compress and tried to drain it, but absolutely nothing came out. After that I just let it be and it eventually cleared up. The large one in the first picture here also had a tiny crusty bit at one point, but for the most part they haven't seemed to be associated with wounds. The two most dominant girls (the barred rocks in the pictures) have them too now and I've never seen anyone peck them.

I'll take a look inside their mouths when I get home but haven't noticed any unusual smells. They do sneeze occasionally but it seems to mostly be at the feeder after I refill it, so I had thought dust from their pellets was probably causing it. No gasping, no nasal or eye drainage... and they're all very active.

Well, I just spent a good while with them and saw that while the sneezing is loudest around the feeder/food dust, they actually are doing smaller sneezes at other times. And even though there’s no visible nasal discharge, there is a bit of a spray with their sneezes. Too bad I hadn’t figured this out earlier; we have chicks due to hatch next week and no way to keep the flocks separate long enough to deal with the mycoplasma (assuming that’s what it is).
H

Hi! My 8 week old chicks are going through something similar. Two of them have facial swelling today (for the first time). Their sneezing is consistent with your flock—typically but not exclusively around the feeder/ waterer, and I’ve noticed that ‘spray,’ despite a lack of visible discharge. I know your thread is quite old but curious if you see this if you have any advice!

Upon closer inspection I do think my Jerseys have slight swelling as well.

Helena87 said:
Hi! My 8 week old chicks are going through something similar. Two of them have facial swelling today (for the first time). Their sneezing is consistent with your flock—typically but not exclusively around the feeder/ waterer, and I’ve noticed that ‘spray,’ despite a lack of visible discharge. I know your thread is quite old but curious if you see this if you have any advice!
Click to expand...

Helena87 said:
Upon closer inspection I do think my Jerseys have slight swelling as well.
Click to expand...

Since you have found an older thread that the OP never did reply back to, we'll take the discussion to your current thread here:
https://www.backyardchickens.com/th...-in-chicks-is-this-a-sinus-infection.1383357/

E
Chicken Has Swelling On Beak