Last night I found my roo laying on the floor of the coop, he was not on the roost with his ladies as usual. This morning he looked like crap, comb blackish and cold. Home from work now and he really looks bad. Diarrhea, comb darker and still cold, his crop is bloated but he's very thin. Sour crop? It's squishy not hard, it gurgles when I massage it. He's listless, eyes closing, hunched over/ruffled feathers. No eye/nose discharge, bragging sounds good. I feel terrible, I've been working major overtime lately and not paying the attention to my like I normally do, I didn't notice he was in bad shape until last night, though prior to then he had been acting normal. I did not notice he was loosing weight, he was crowing and acting as normal. Fairly young boy, he's a rescue so I'm not sure his exact age, let's say two. On hand at the moment I have liquid suspension clavamox and sterile fluids in syringe because I'm
fostering a litter of the sick kittens. Will the help him? He is isolated in my warm bathroom at the moment 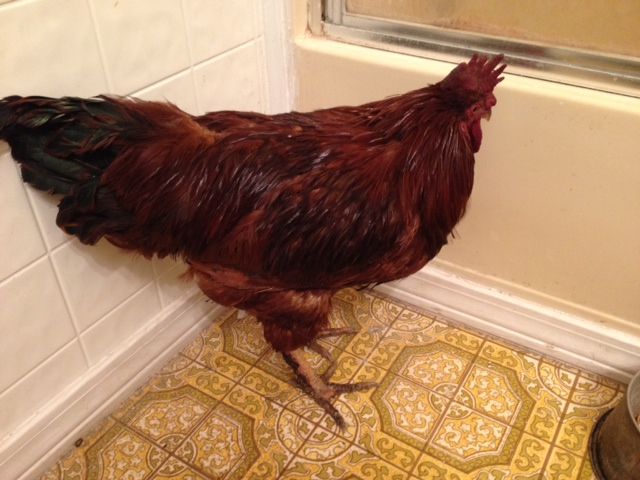 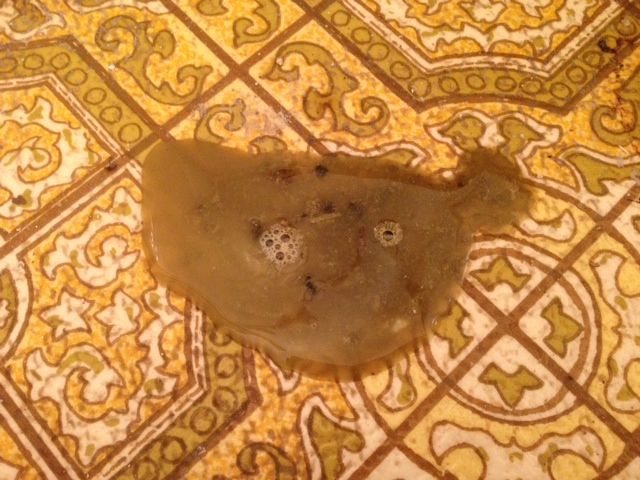 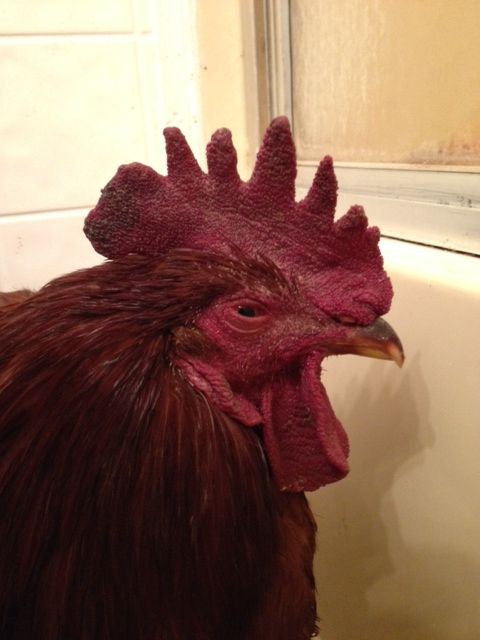 To give antibiotics and fluids or not? I've got the old school root of yogurt, apple cider vinegar in the water and olive oil syringe massages but I'd like to do more. Please help me help this guy. I'm an animal control officer and I seized him from a neglectful owner a few months ago (he looked like hell and their were dead chickens in his pen). He is negative for parasites and coccidiosis, I had my whole flock tested just two weeks ago because I was planning to worm while egg laying slowed down. He's been doing great prior to this, regrowing his plucked feathers, gaining weight.

I got him to vomit, so I guess it's his crop. I just went ahead and gave him clavamox. I don't know the dosage, so I gave him the dosage I give my kittens. He weighs more than a kitten, so I hope it was save. I felt like he was going to die tonight if I didn't do something. I hope I made the right choice. Would still like advice.

Was there a bad smell from the crop when you vomited him? I've never dealt with sour crop but I believe it has a bad smell. Vomiting a chicken can be a dangerous thing, it's so easy for them to aspirate it into their lungs and they are pretty much done for if that happens.

I'm not sure what to tell you would be the best course of treatment without knowing for sure what's wrong. If he did have sour crop I don't think you'd want to use antibiotic's, he would need an antifungal. But if he has an intestinal bacterial infection of some sort then you want the antibiotics.

If you have access to an avian or exotic's vet they can help you figure out how best to treat him. Sorry not to be of more help!

otis7 said:
I got him to vomit, so I guess it's his crop. I just went ahead and gave him clavamox. I don't know the dosage, so I gave him the dosage I give my kittens. He weighs more than a kitten, so I hope it was save. I felt like he was going to die tonight if I didn't do something. I hope I made the right choice. Would still like advice.
Click to expand...

Clavamox solution has a very short shelf life, so if it's expired, it's probably no good. Dose for poultry is pretty high... Off the top of my head I wanna say it's 75-125mg per 2.2 pounds twice a day for 7-10 days, but don't quote me on that.

M
What is wrong with this rooster?